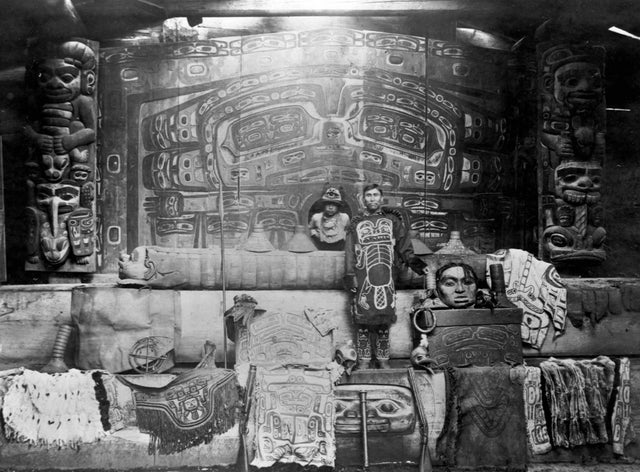 12. Graves of Bosniaks, Croats, and Serbs at Zetra Stadium at Sarajevo during the siege of Sarajevo in the civil war, 1994. 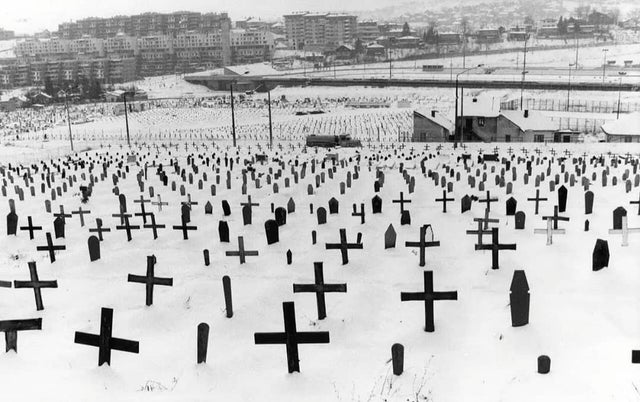 13. Caroline Kennedy walks ahead of her father, John F. Kennedy, who carries her doll, the USA, 1963. 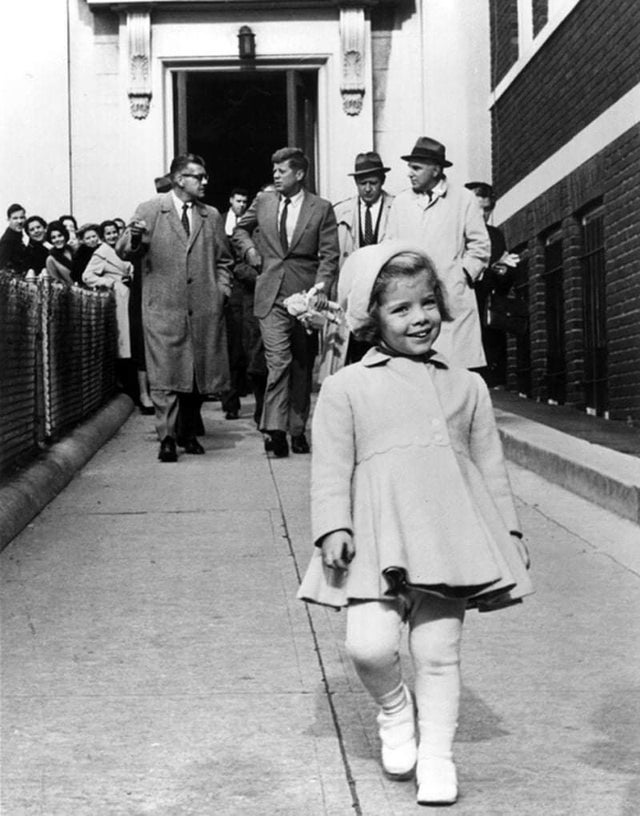 14. A man reading the daily newspaper saying “The War is over”, Sarajevo Bosnia and Herzegovina, 1995. 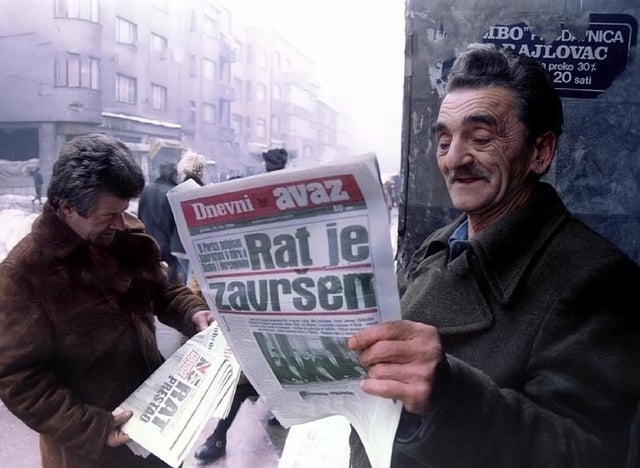 15. Former GI Ernest Kreiling and his wife Jean visit the grave of his best friend in France, 1947. 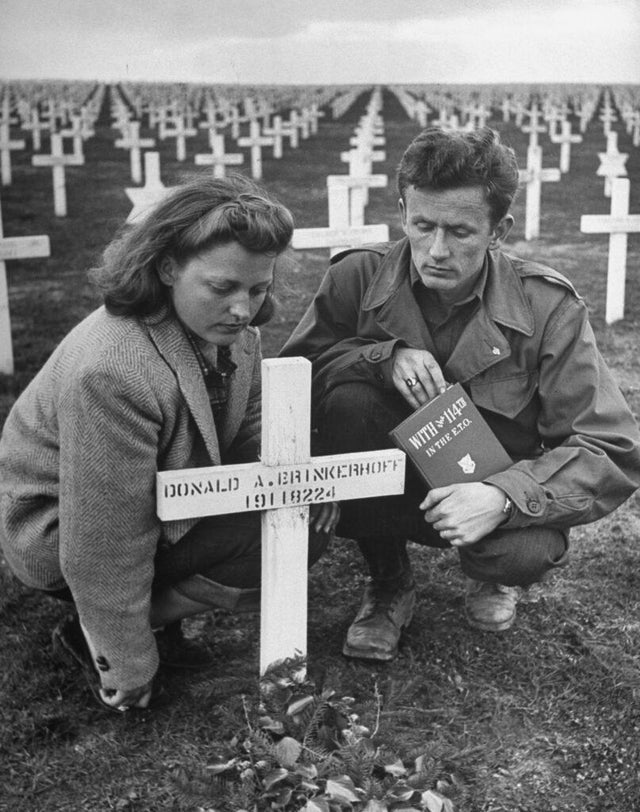 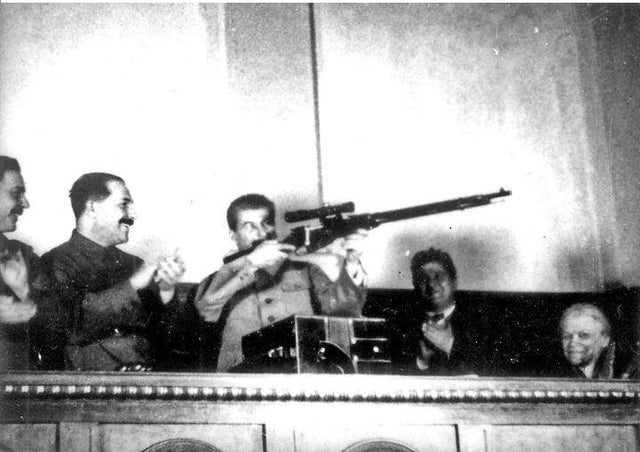 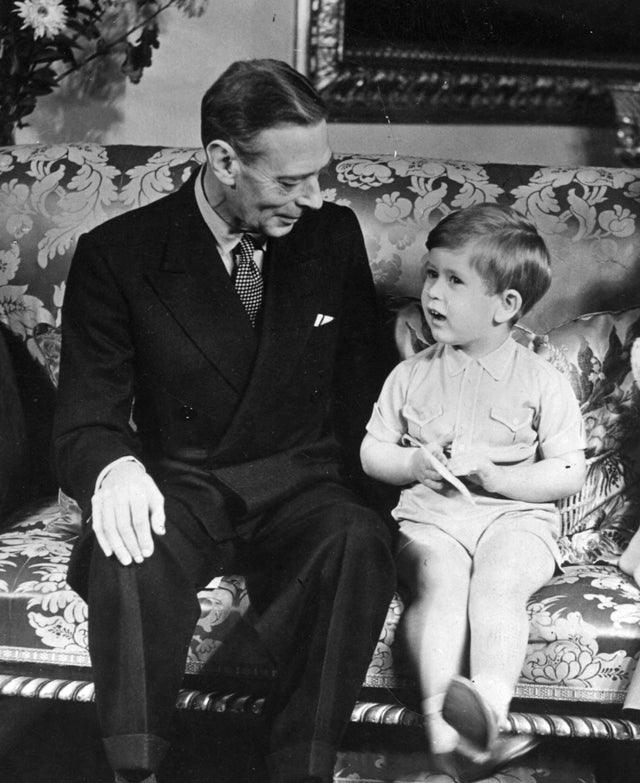 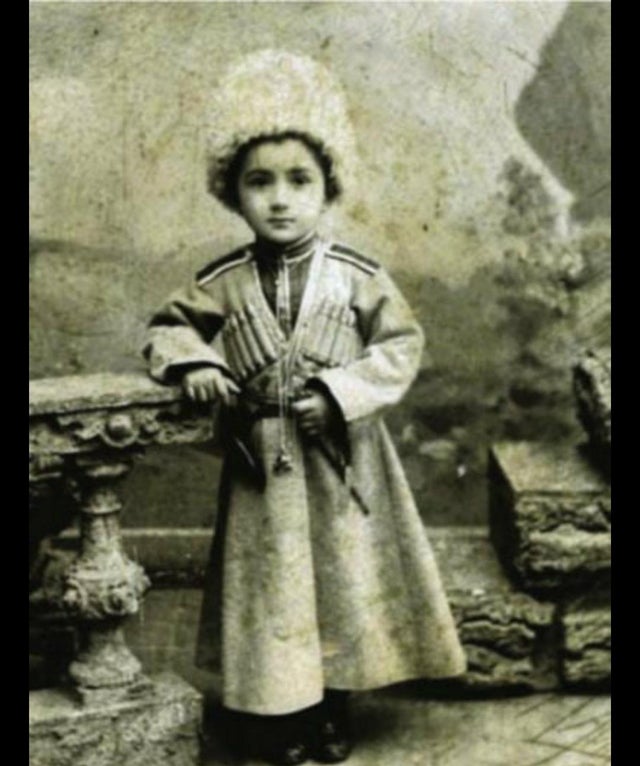 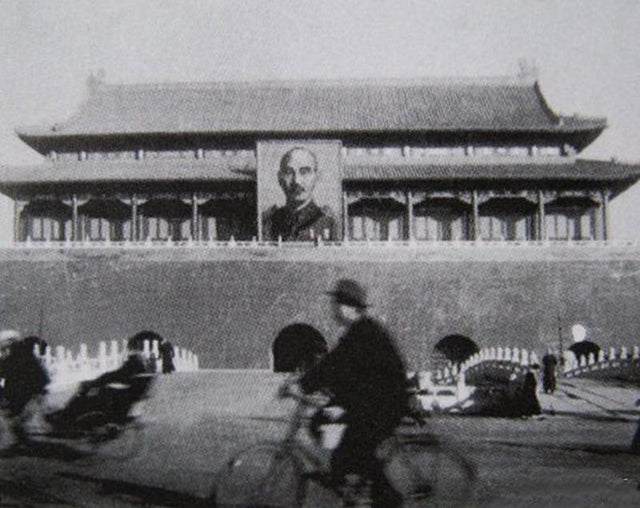 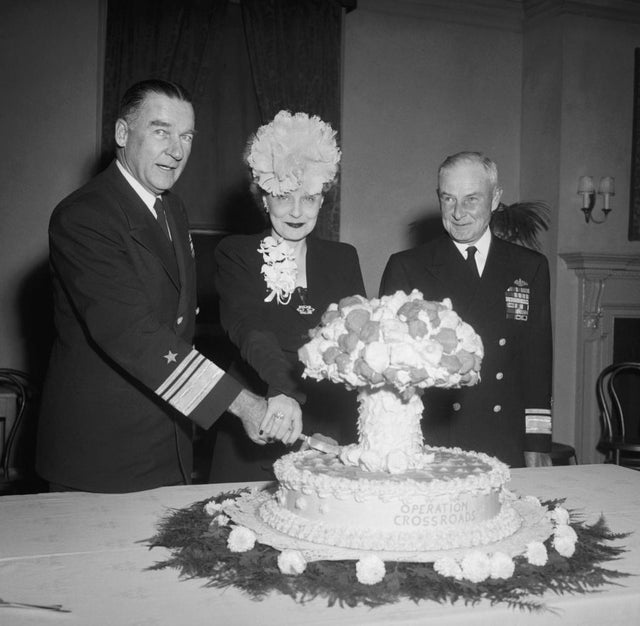