11. 50 years ago, at the end of their second EVA (extravehicular activity), the Apollo 15 astronauts set up an American flag on the Moon, 1971. 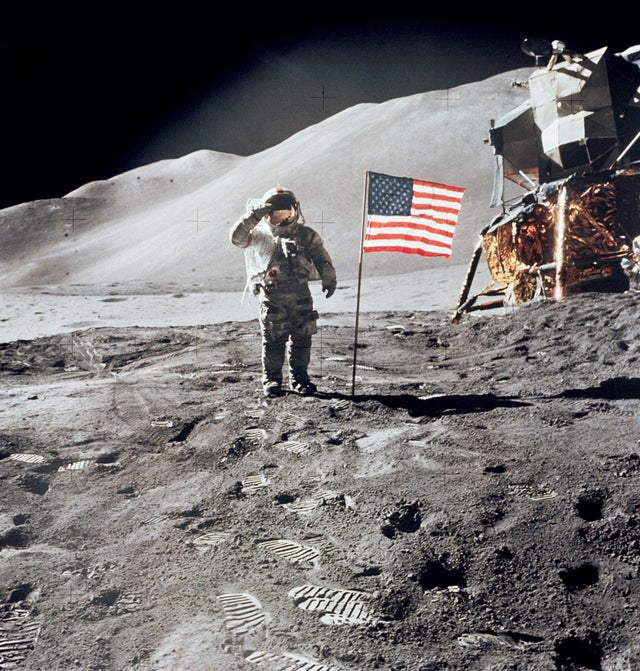 A crossbar at the top gives the flag the appearance of flying in the wind. 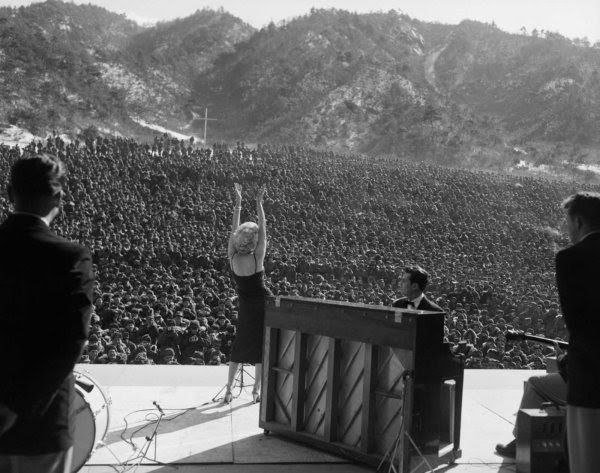 13. American soldier trying to catch a goldfish in the marble-lined pool of the Taj Mahal, WWII, 1942. 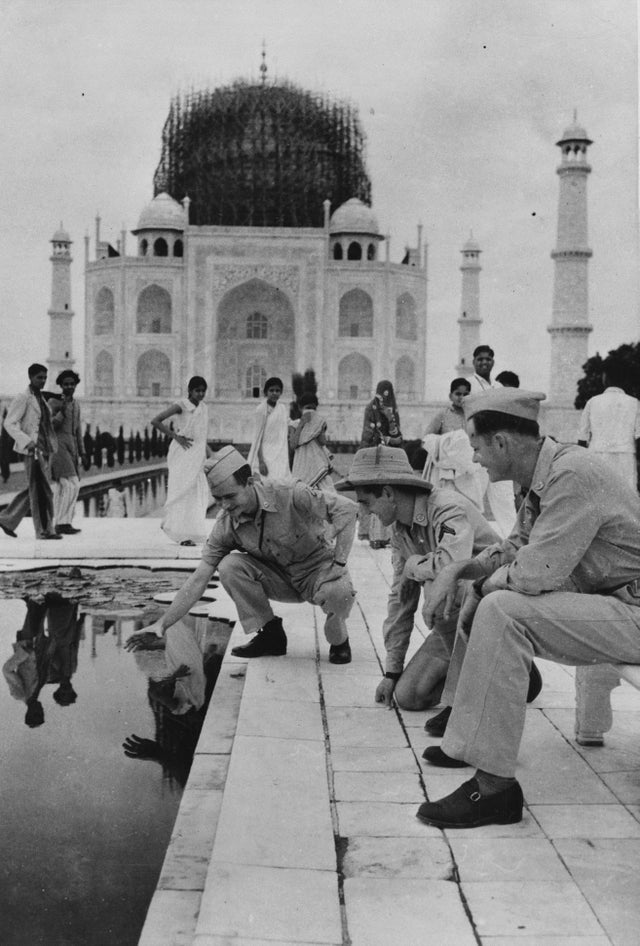 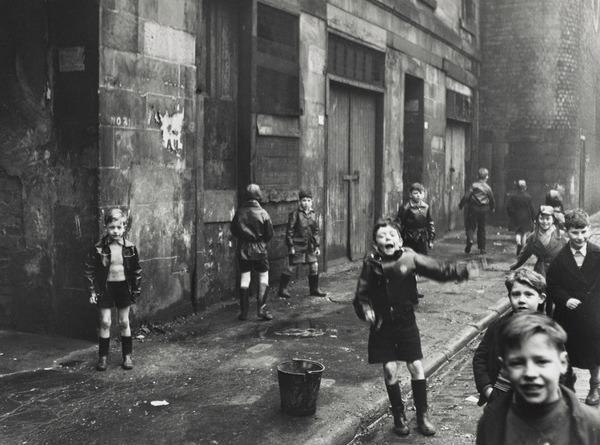 15. Hidden reliefs at the foot of the Borobudur temple on the island of Java were revealed, 1890. 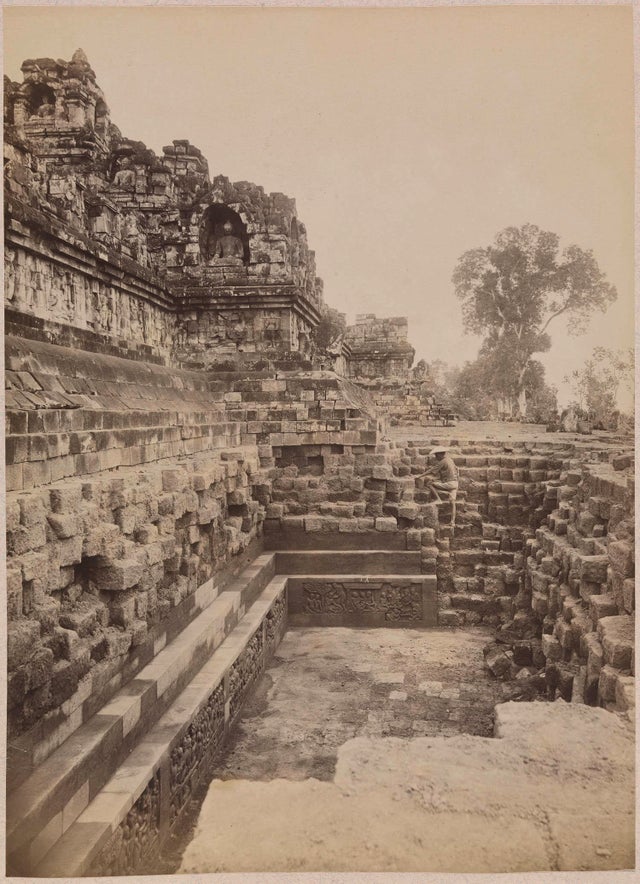 16. Elvis Presley performing in June 1977, his last concert tour before his death that August. 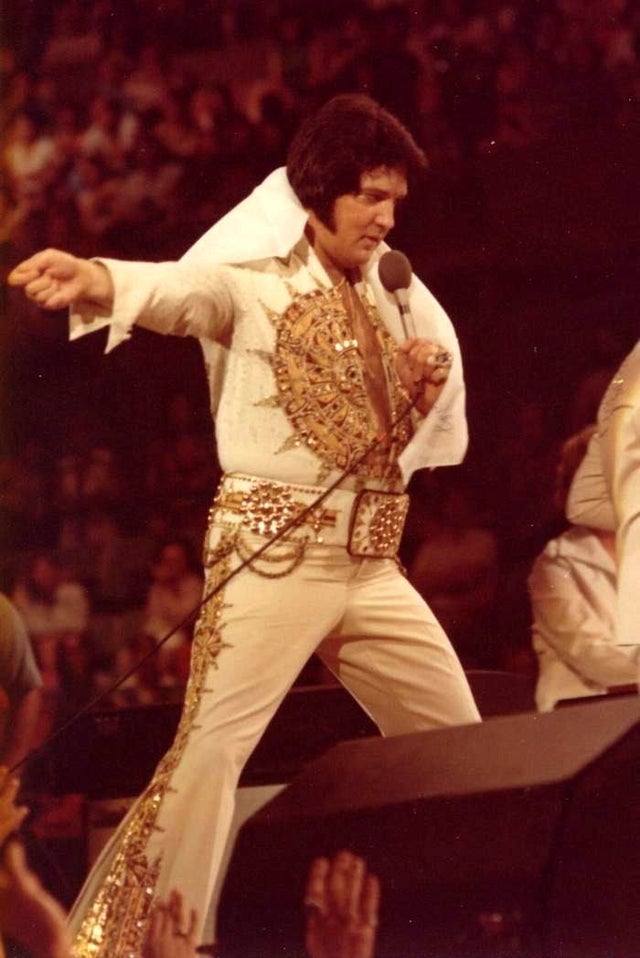 A televised special of the concert was broadcast two months after his death. 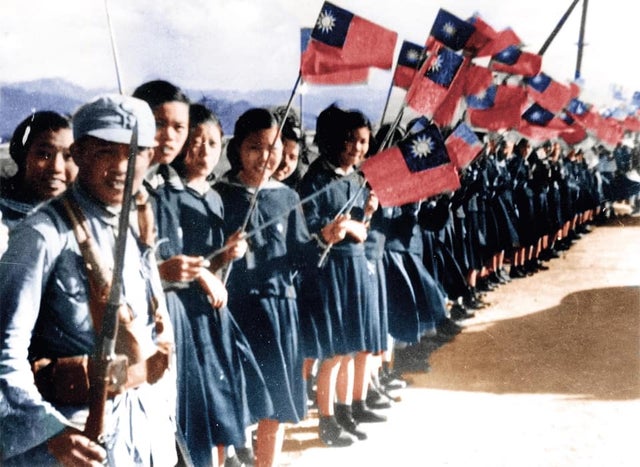 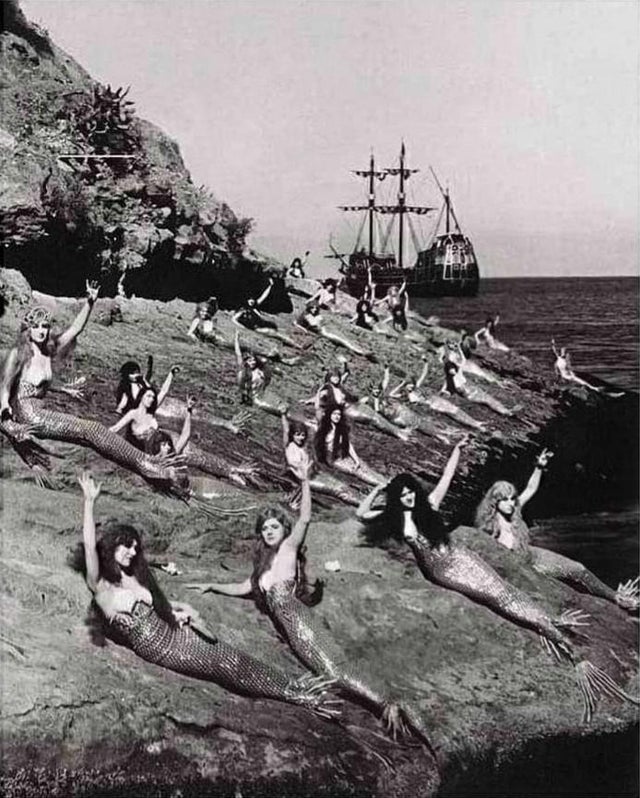 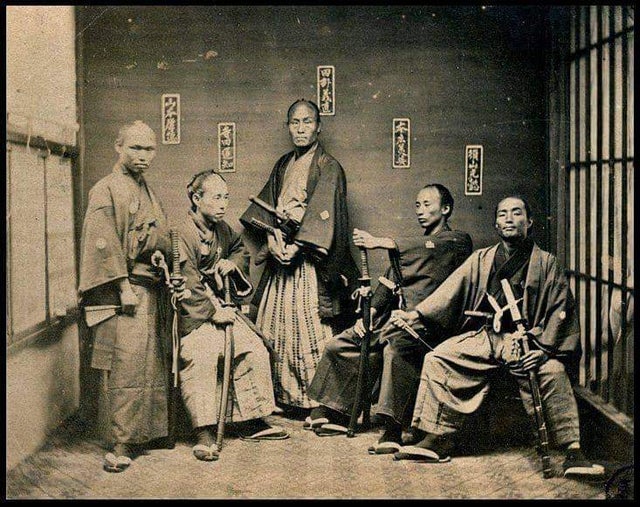 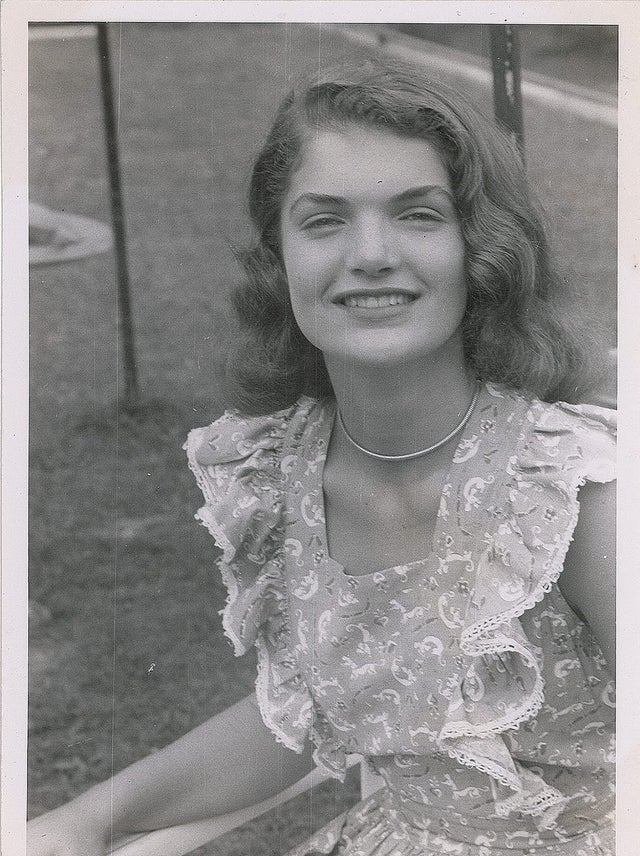