Here is part 3 of 25 Interesting Historical Photos. Due to sheer number of images, we decided to space them over 2 pages, so enjoy. If you haven’t checked out our 2 previous posts in this series, click here for part 1 and part 2. 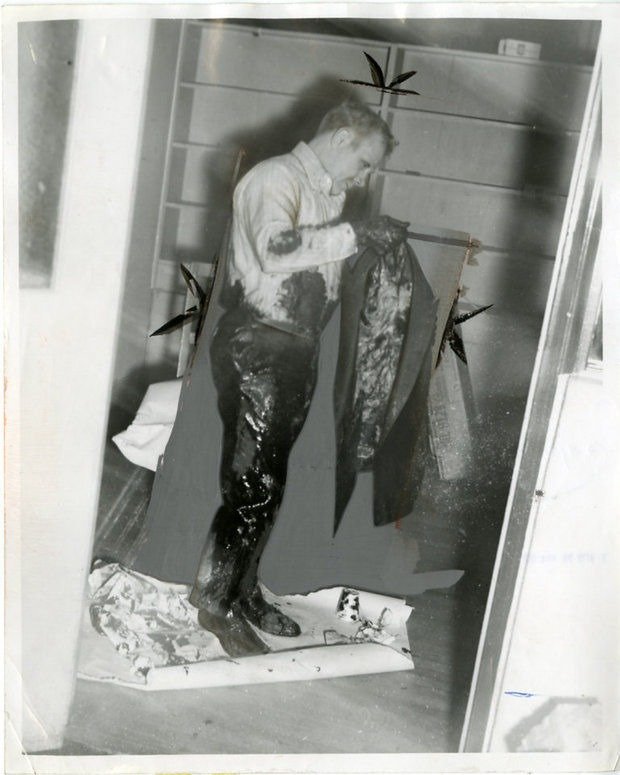 High School principal R. Wiley Brownlee was tarred and feathered by the KKK after he left a board meeting where he proposed the school district honor Martin Luther King, Jr. A student took this photo of Brownlee when he returned to the school for help. (April 3, 1971. Michigan) 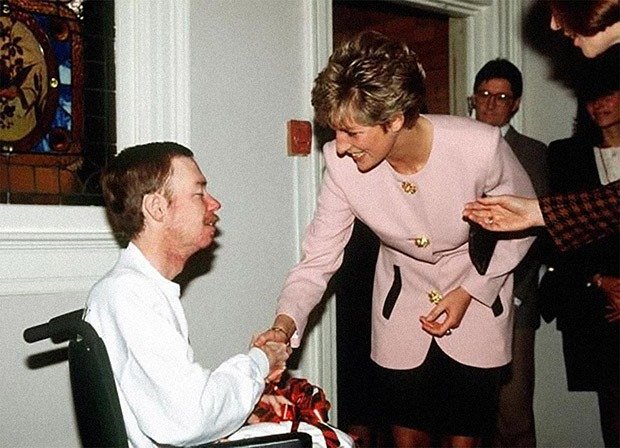 Princess Diana shakes hands with an AIDS patient without gloves, a profound gesture that made her a gay hero. “It is hard to find words to express the aching loneliness and rejection I have found them experiencing as they approach the end of their lives…How will we treat them?” (1991) 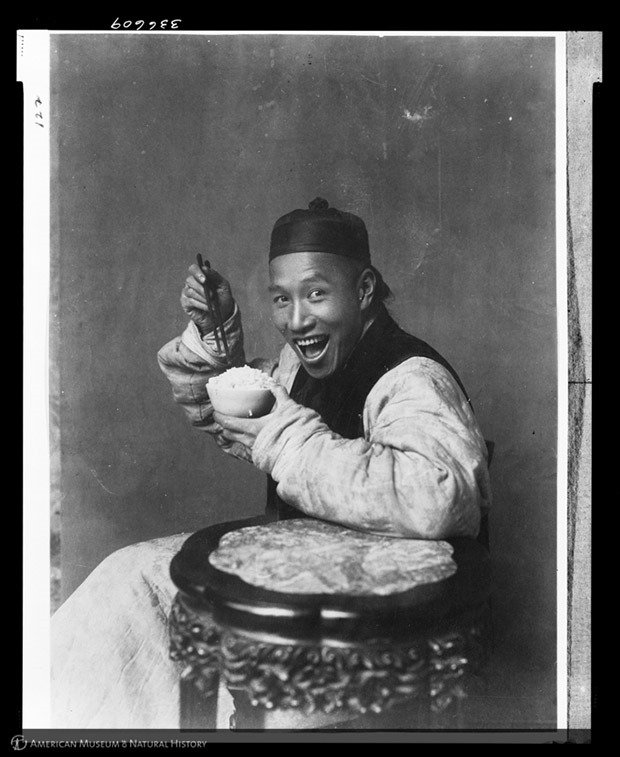 Man eating rice, China, (1901-1904). This is a great photo, because you hardly ever see people from this era smile. It is kind of weird to see a photo this old with someone being goofy. The long exposure times made it difficult, as you’d have to hold a smile as-is for quite some time. This photo probably took quite a bit of effort. 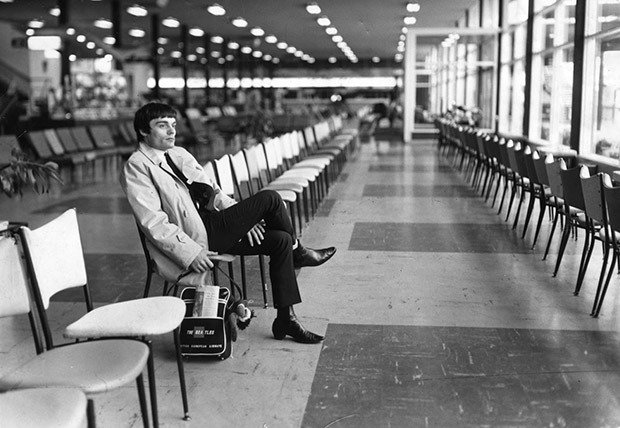 When Ringo was ill with tonsillitis, he substituted on drums for 8 concerts & lived a superstar’s life for 10 days. But Ringo has returned… Now Jimmie Nicol sits alone in the Melbourne airport, waiting for the plane that will take him back to obscurity. (15 June, 1964) 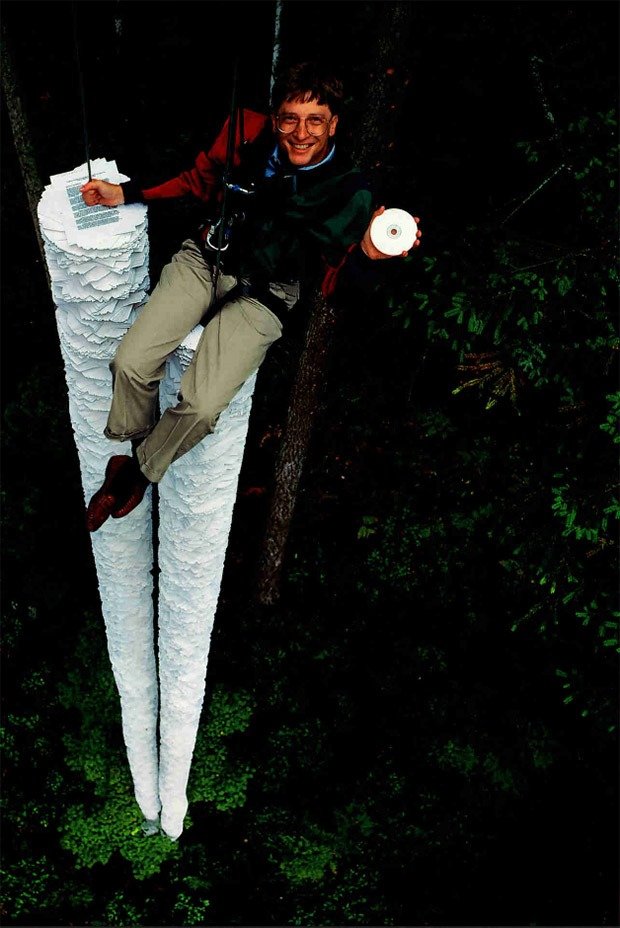 “This CD-ROM can hold more information than all the paper that’s here below me”- Bill Gates. (1994) 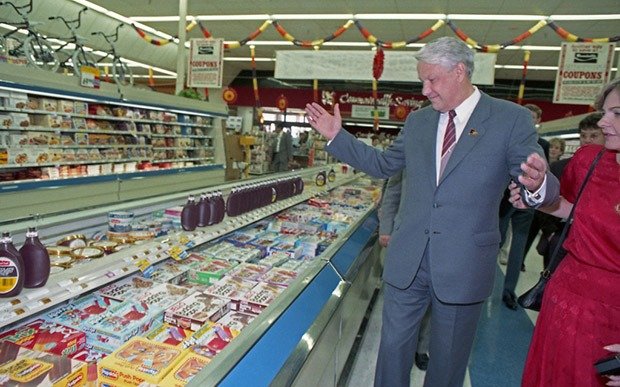 In 1989, wanting to see how the American’s lived, Boris Yeltsin made an unscheduled visit to Randall’s supermarket in Houston. Between trying free samples of cheese and produce and staring at the meat selections, Yeltsin roamed the aisles of Randall’s nodding his head in amazement. 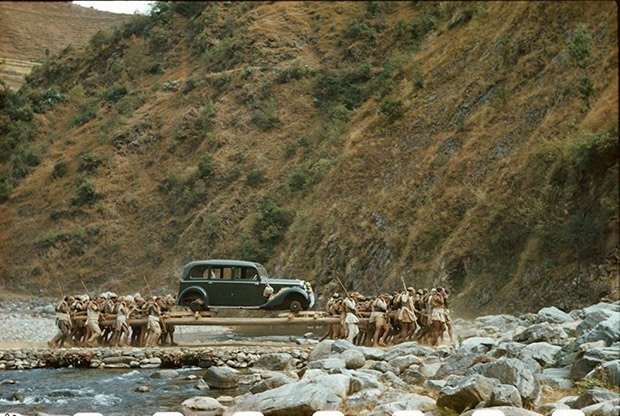 Nepali men carrying the 1938 Mercedes Benz that Adolf Hitler gifted to King Truibhuvan of Nepal. It had to be carried to the capital by men as there were no roads suitable for the car leading to the city. (1940) 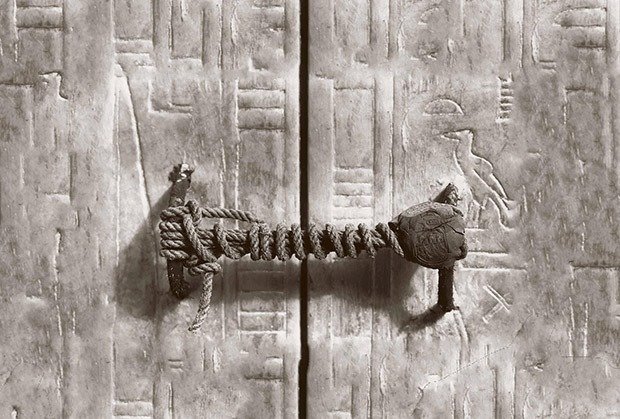 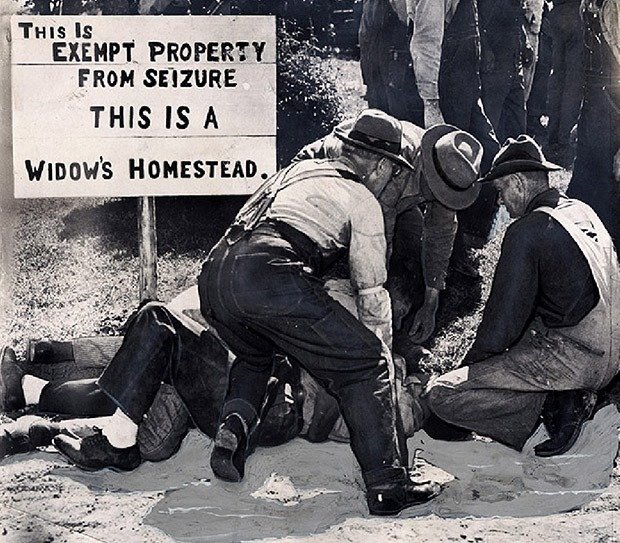 Farmers take down the sheriff who is trying to evict a widow from her farm after the insurance company failed to do so. Near Lapeer, Michigan. (June 3, 1952) 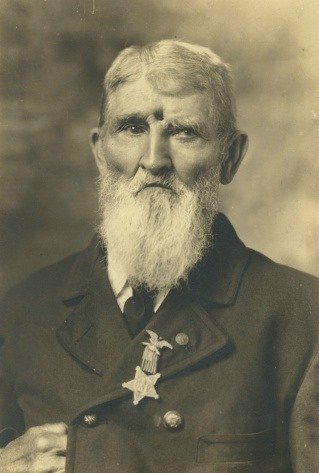 Civil War Veteran Jacob Miller was shot in the forehead on Sept.19th 1863 at Brock Field at Chickamauga. He lived with an open bullet wound for many years, with the last pieces of lead dropping out 31 years after he was first shot. (1911) 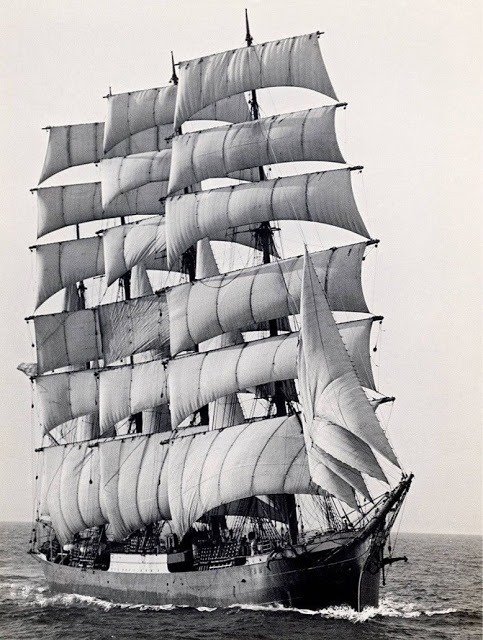 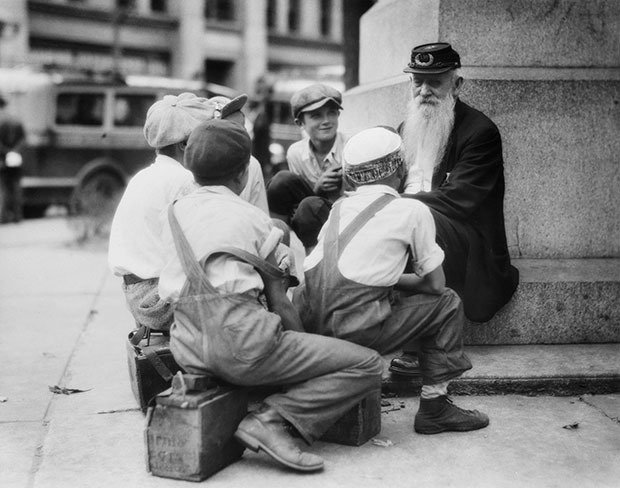 A group of bootblacks gather around an old Civil War veteran in Pennsylvania. (1935)