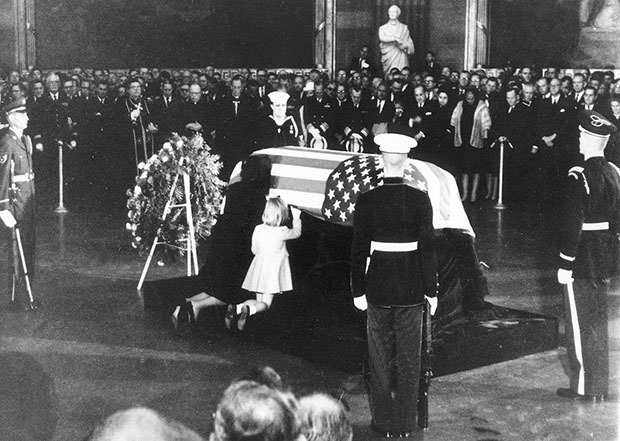 Jackie Kennedy kisses the casket of JFK in the Capitol rotunda. Nov. 24, 1963. 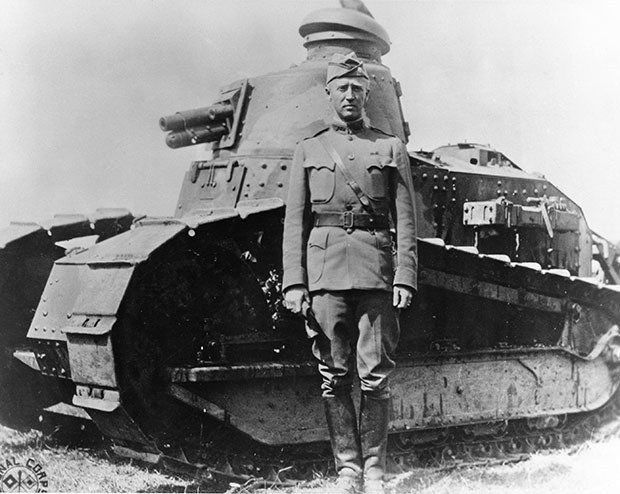 Lieutenant Colonel George S. Patton in France, standing in front of a Renault FT tank, summer of 1918. According to Wikipedia he was born 11/11/1885, so he would be 32 in this picture. Patton is sometimes credited as leading the first mechanized infantry attack in U.S history during the Pancho Villa Expedition in 1916. He was known to carry two ivory-handled revolvers with him. 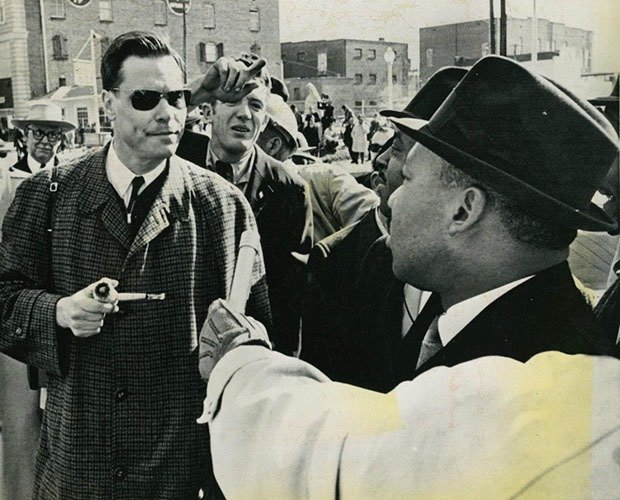 American Nazi Party leader George Lincoln Rockwell confronting Martin Luther King, Jr. in front of the Dallas County Courthouse during a voter registration drive led by King, Alabama, 1965. Within three years of this meeting, both of them would be assassinated. 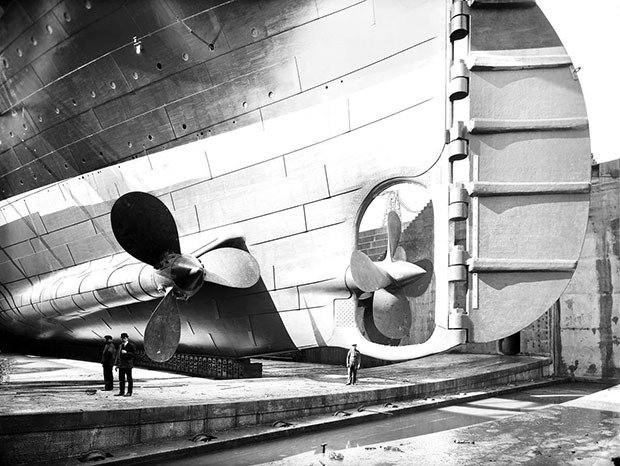 The Titanic in dry dock. Here you can see the scale of the person standing next to one of the propellers, 1912. And here’s a comparison with modern cruise ships. 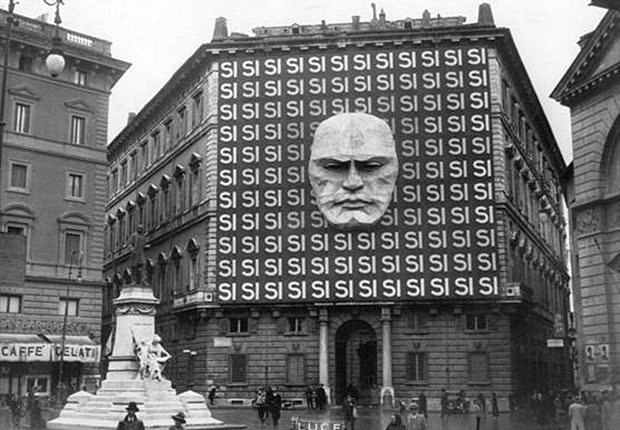 Benito Mussolini’s temporary billboard on his “political headquarters” for the 1934 parliamentary “election” in Rome. Basically, Mussolini chose the representatives and you had to put a cross on a ballot that had a Yes and a No on it. 99.85% of the people voted Yes (SI). 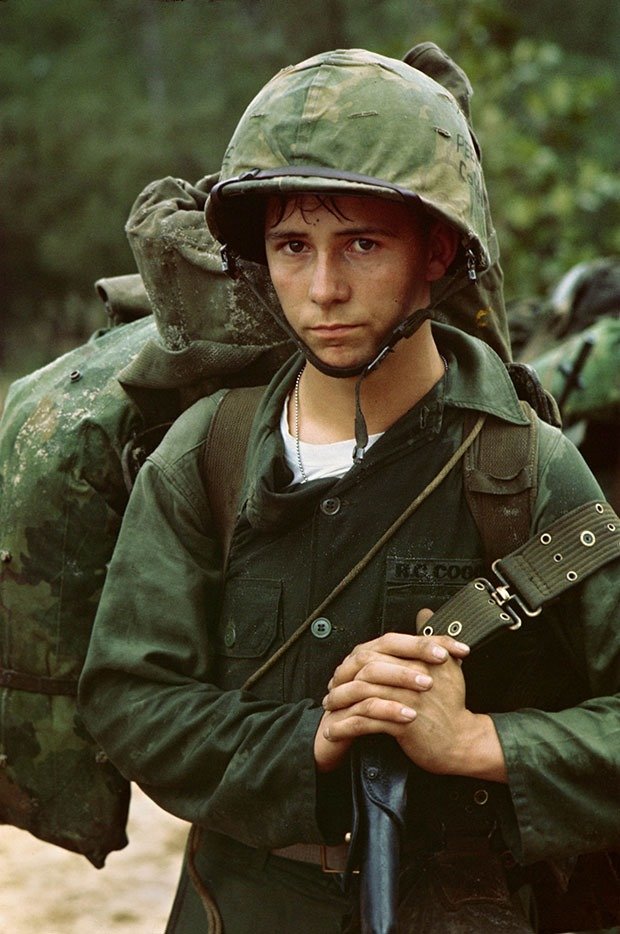 A young private waits on the beach during the Marine landing at Da Nang, Vietnam, August 3, 1965. 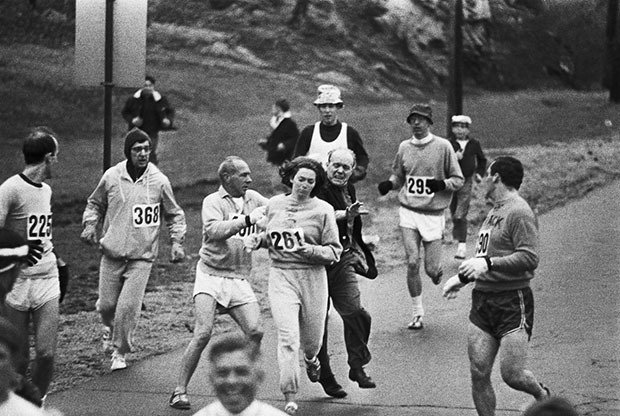 “Get the hell out of my race and give me those numbers.” After realizing a woman was running Boston marathon, organizer Jock Semple went after Kathrine Switzer. Other runners blocked him and she went on to finish the race. 1967. 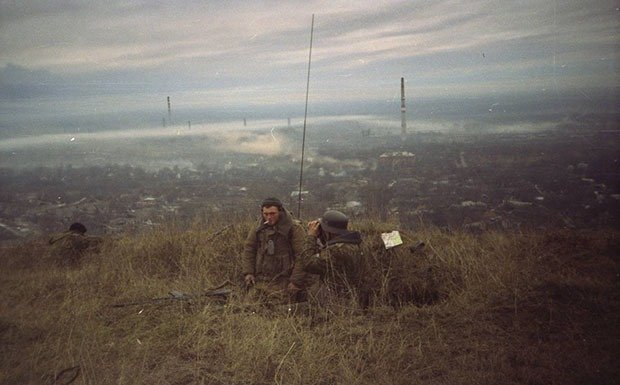 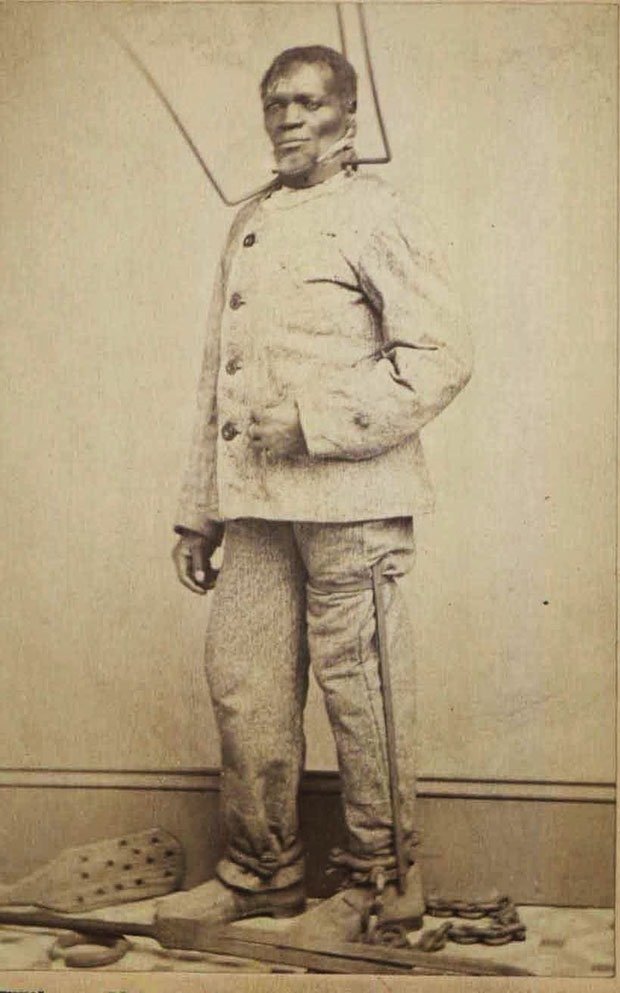 Slave torturing devices. The collar may have been used to prevent him from escaping through narrow openings, like windows, etc, 1863.

This apparently is Wilson Chinn. About 60 years old, he was “raised” by Isaac Howard of Woodford County, Kentucky. When 21 years old he was taken down the river and sold to Volsey B. Marmillion, a sugar planter about 45 miles above New Orleans. This man was accustomed to brand his negroes, and Wilson has on his forehead the letters “V. B. M.”

This device was apparently an instrument of torture used to punish slaves. Notice also some type of brace on his leg. Further pics here, where the New York Times described the “owner” as an icon of cruelty.. 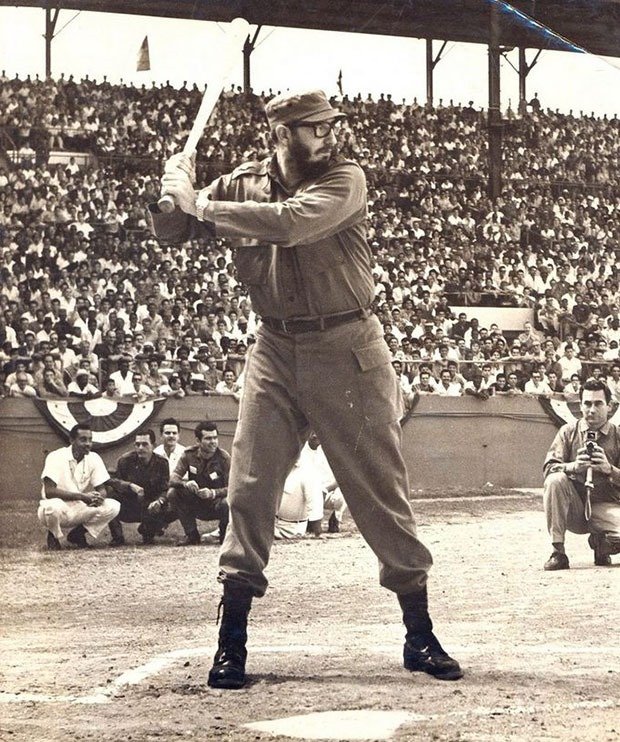 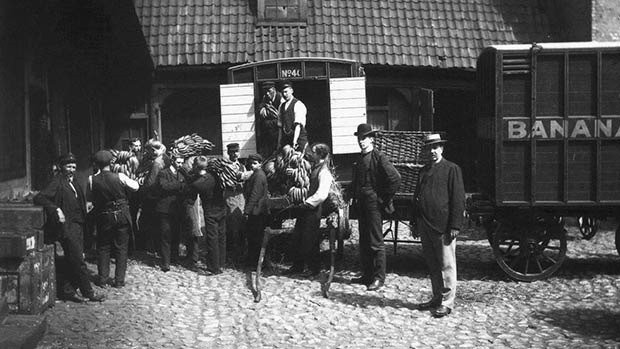 When the first bananas came to Norway. 1905 (Rådhusgaten, Oslo). It’s very interesting to me that before global trading became as it is today, people really didn’t encounter many products that weren’t made locally. I bet seeing an item made in China must have seemed exotic to someone living in Mexico a century ago. It’s even more astonishing that many people in East Germany couldn’t buy bananas until 1989. Just a bit more than 20 years ago, people in the middle of Europe got their first bananas. 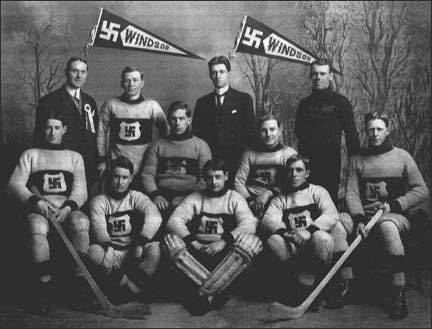 Windsor Swastikas hockey team wearing their light uniforms circa 1912. The Windsor Swastikas were a Canadian ice hockey team in Windsor, Nova Scotia, from 1905–1916. Not to be confused with the Fernie Swastikas across the country in British Columbia, the Swastikas chose their name as at the time the swastika was a symbol associated with luck and success. Swastikas is one more thing that Hitler ruined for everyone. “How the world loved the swastika – until Hitler stole it”.