21. Plane crashed on the roof of a residential building in Budapest in 1944. 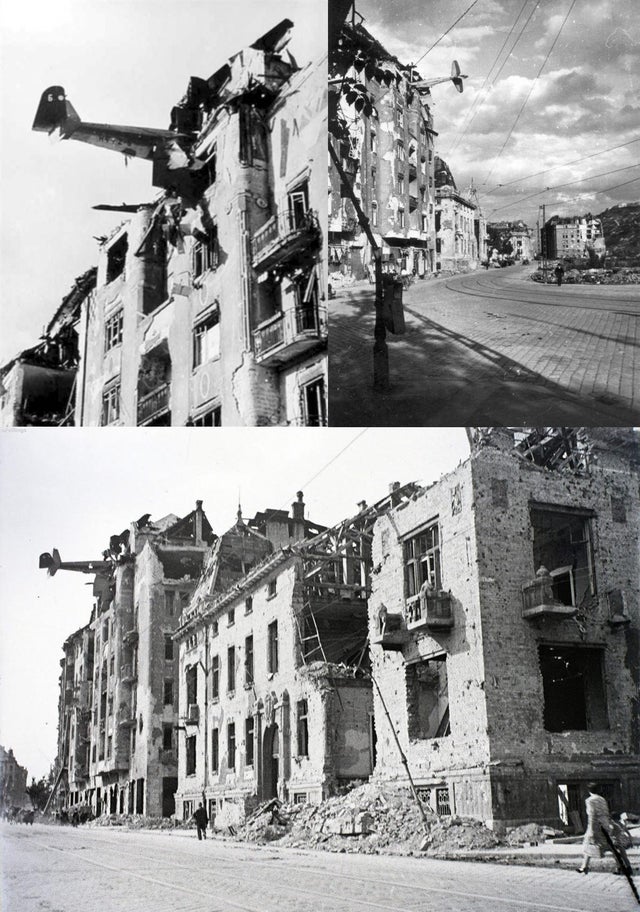 The photograph was taken by Yevgeny Khaldei. 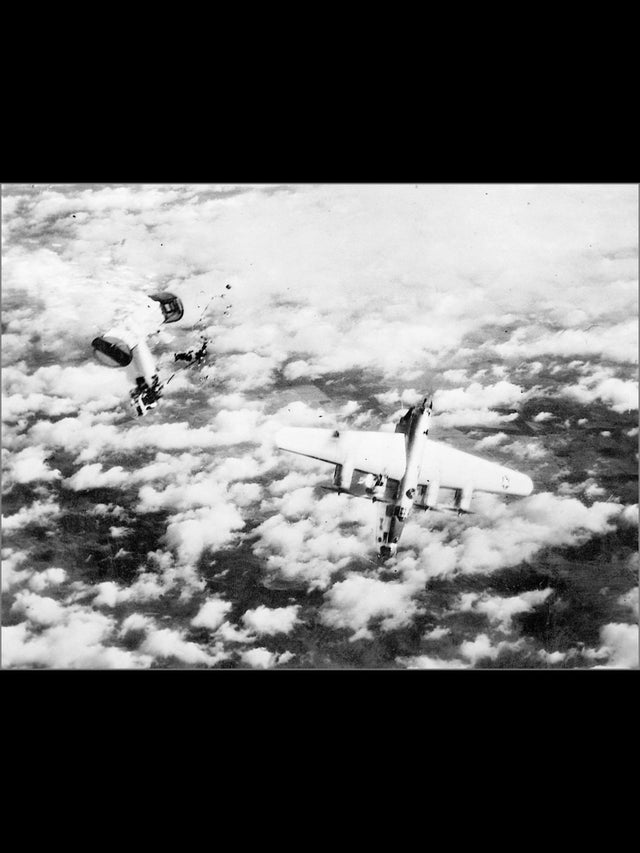 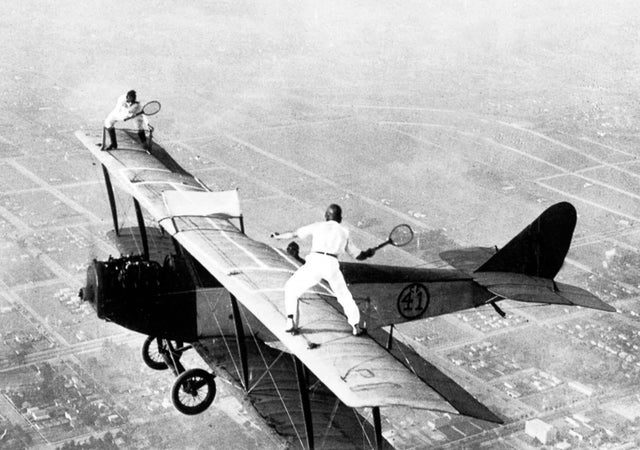 24. Inspection of Wehrmacht troops on the streets of Paris, France, 1941. 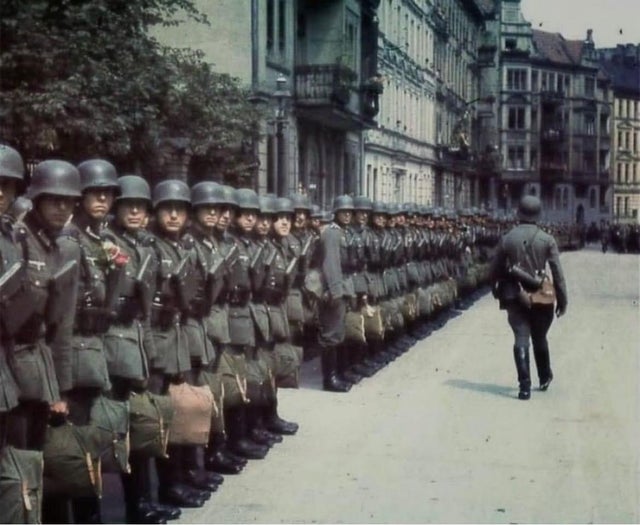 Each soldier holds a bag of M31 standard clothes in their hands. 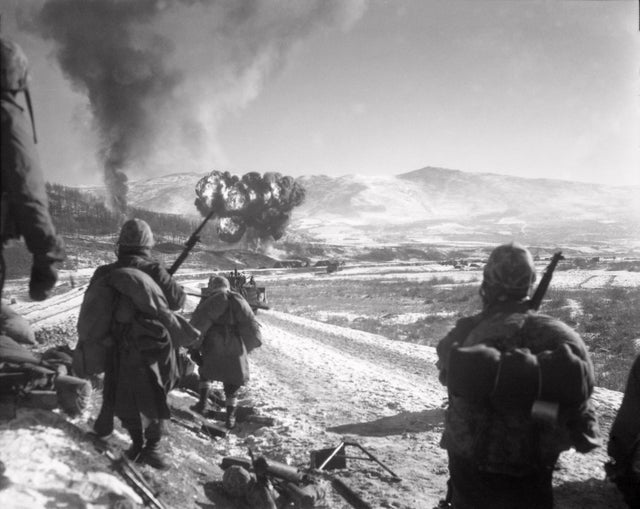