1. Woman cutting her birthday cake in Iran 1973, 5 years before the Islamic Revolution. 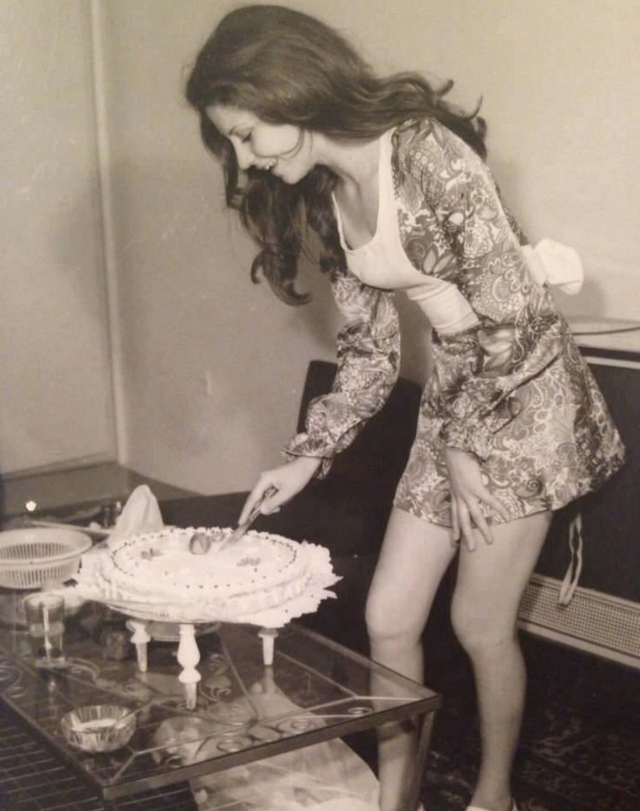 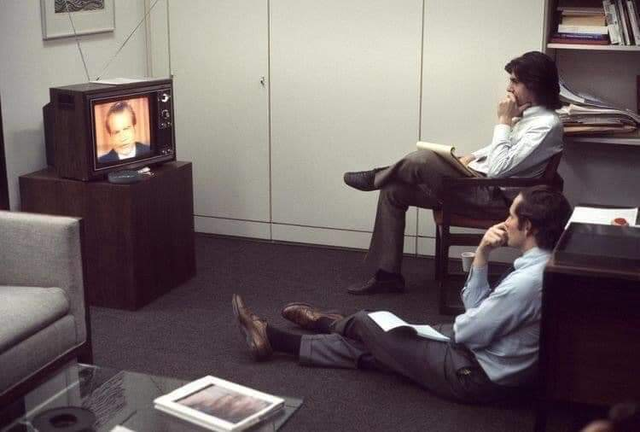 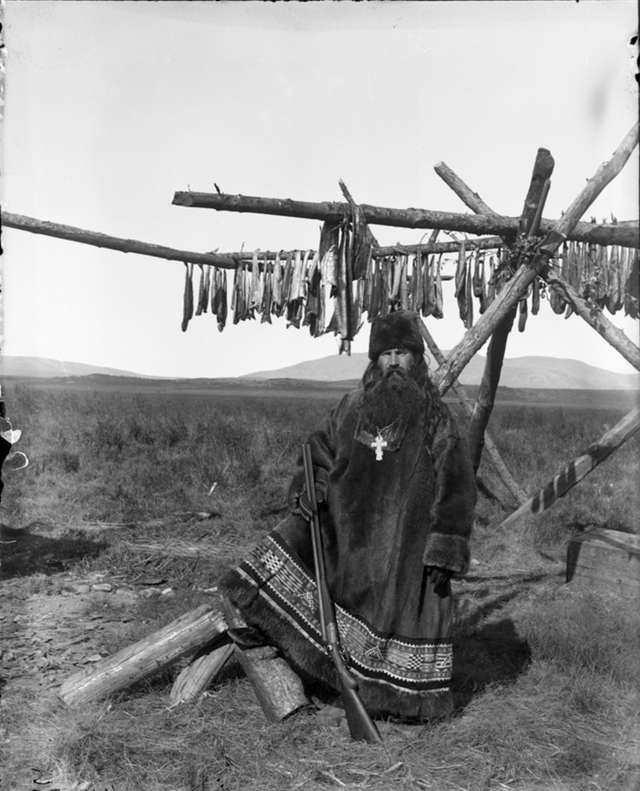 4. A Kurdish mother and her three children in a desperate situation on the mountains after escaping Saddam Hussein along with millions of Kurds after the first Gulf War in 1991. 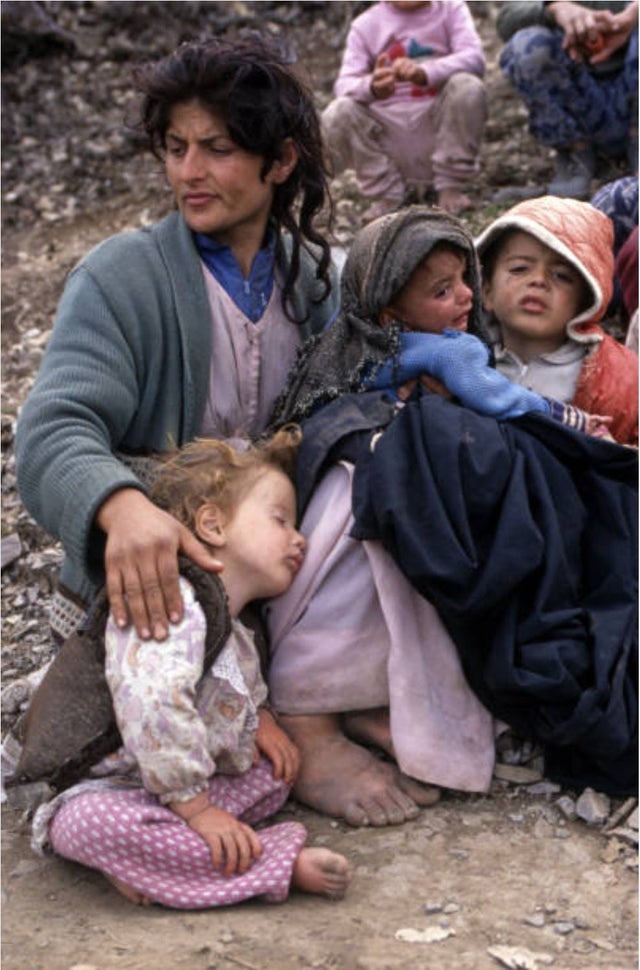 5. Myrtle Corbin, who was born with two sets of legs, two pelvises, and two functional sets of sexual/reproductive organs. 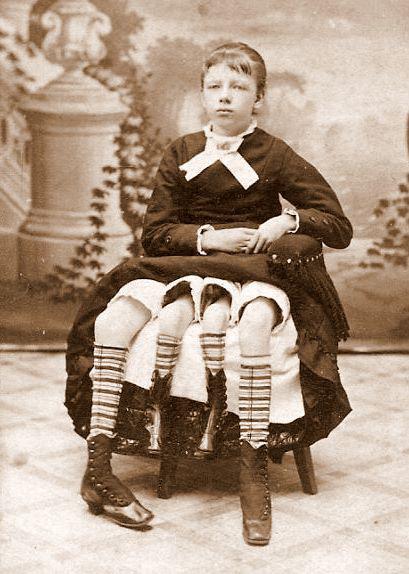 6. Police officer dives into the pool of the Monson Motor Lodge in St. Augustine, FL, to break up integrationist swim in. 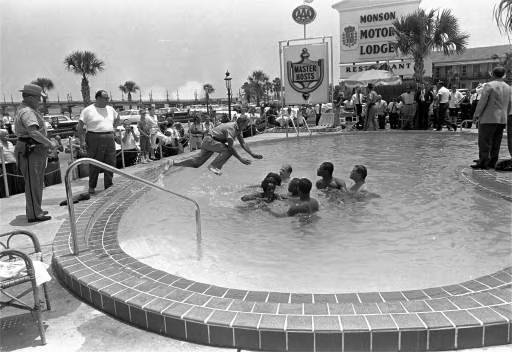 Standing to the right with his back to the camera is motel owner James Brock, who minutes earlier had emptied containers of muriatic acid into the pool, 18 June 1964.

7. A Gondolier (Venetian boatman), aboard a small boat on the waters of a canal among the residential homes of the city of Venice, Kingdom of Italy, c. 1900. 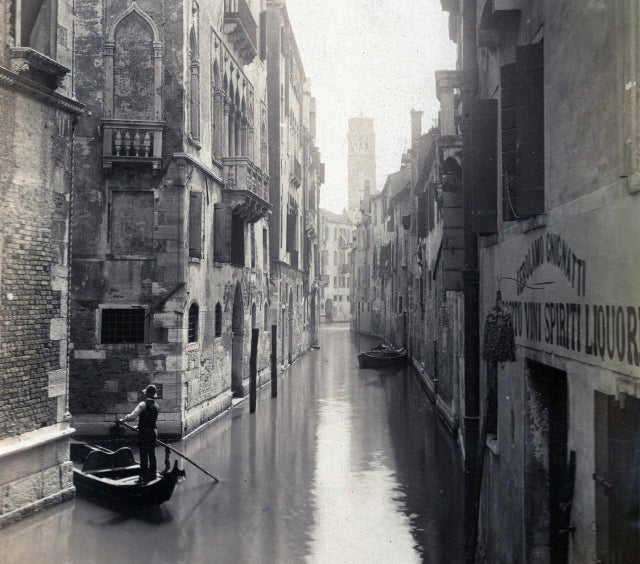 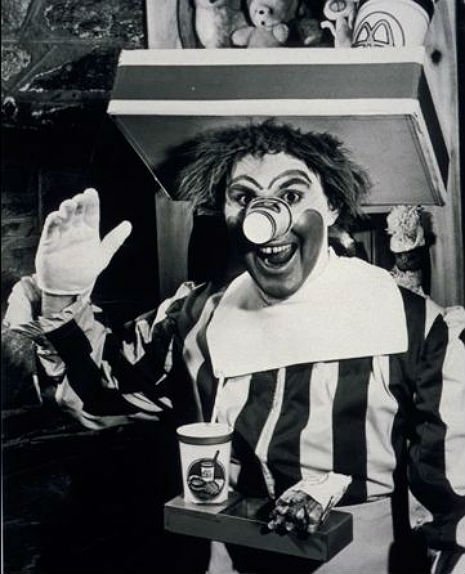 9. Traumatized survivors are led out of the San Ysidro McDonald’s after unemployed welder James Huberty went on a shooting rampage. 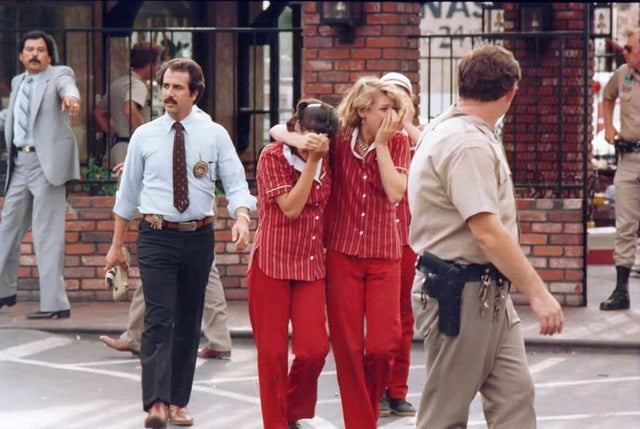 He killed 21 people before being taken down by a police sniper, San Ysidro, USA, in July 1984.

10. Sicilian children hitch a ride on an M4 Sherman of the 2nd Armoured Division in Catania, Sicily, August 1943. 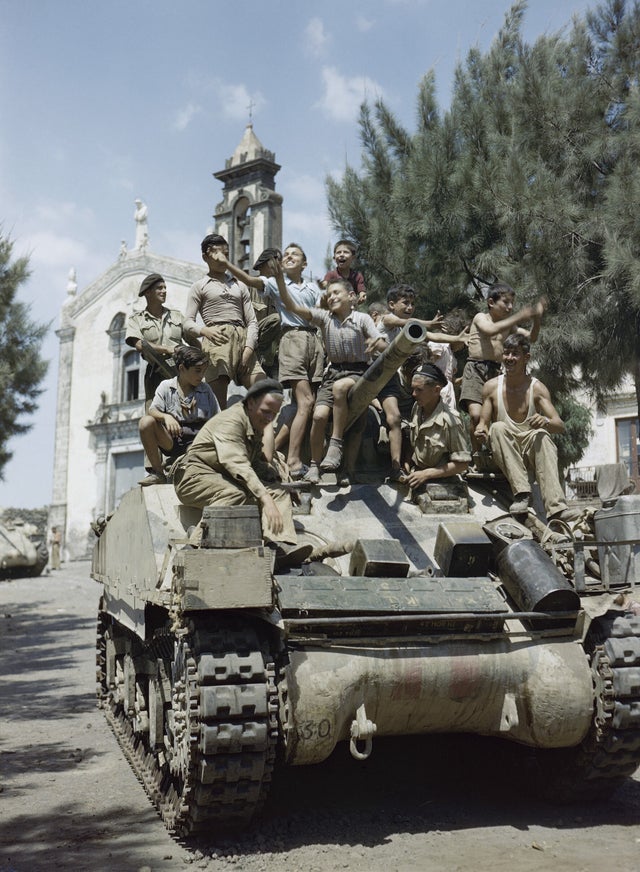