1. The consequences of landing on the wrong Aircraft Carrier, 1952. 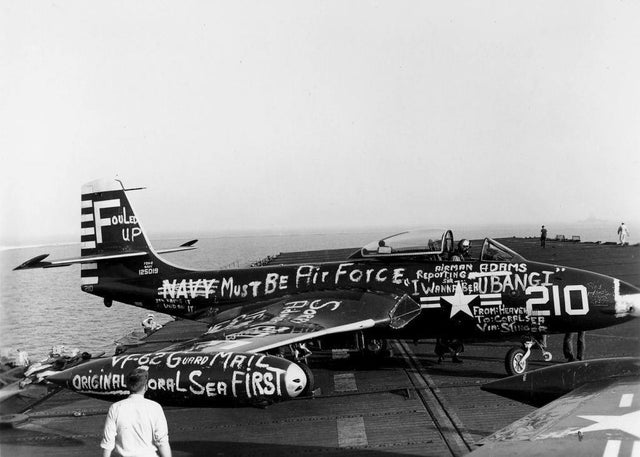 2. The last photograph of Lenin was in May 1923, months before he died, with his doctor and his sister. 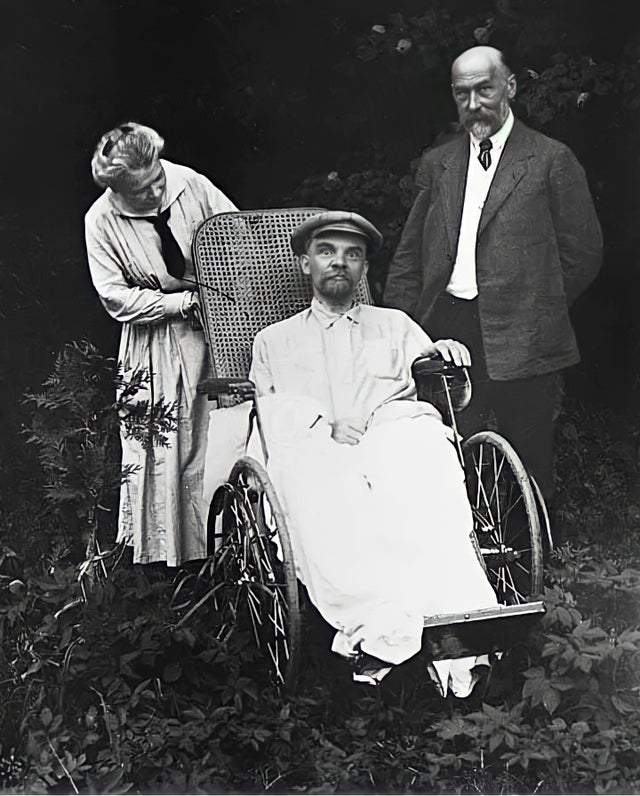 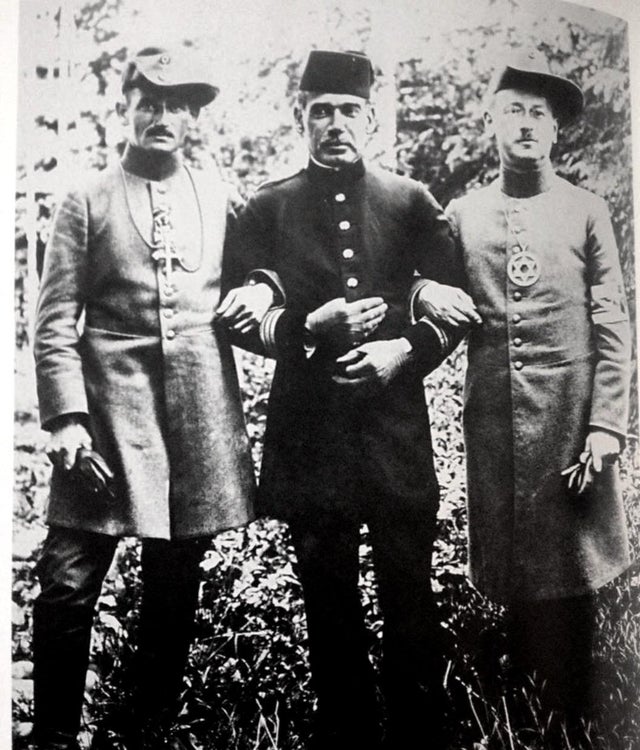 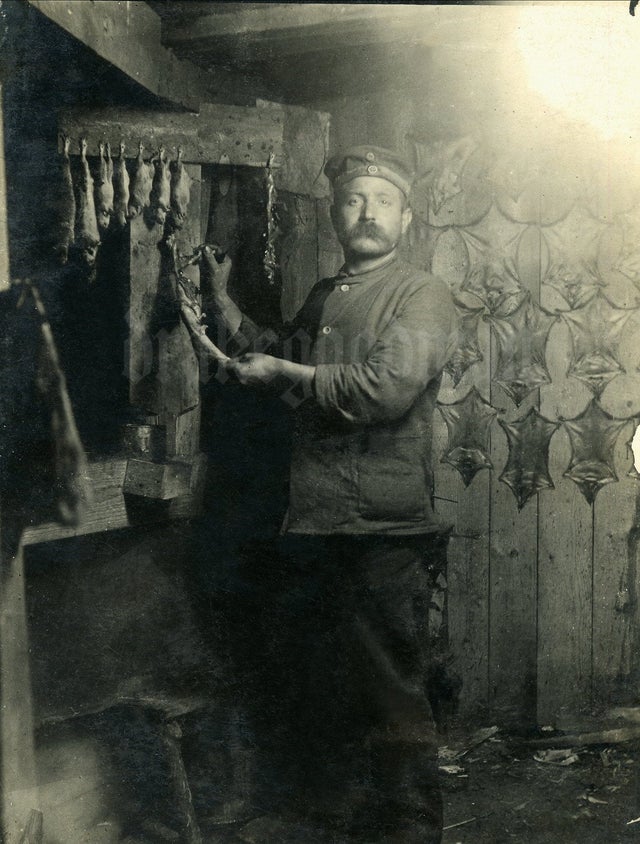 5. George Lincoln Rockwell and members of the American Nazi Party attend a Nation of Islam summit in 1961. 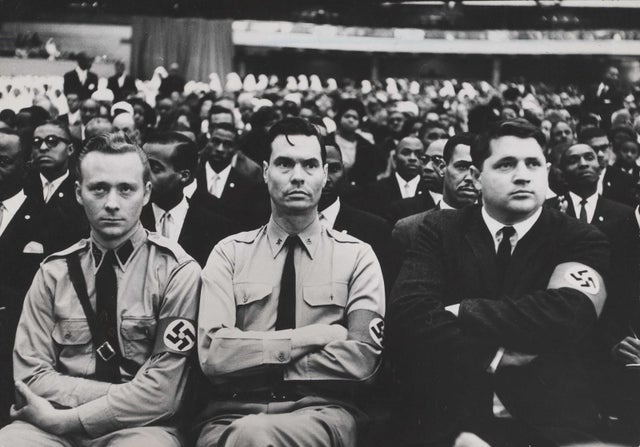 6. Max Schreck relaxing behind the scenes of Nosferatu, 1922. 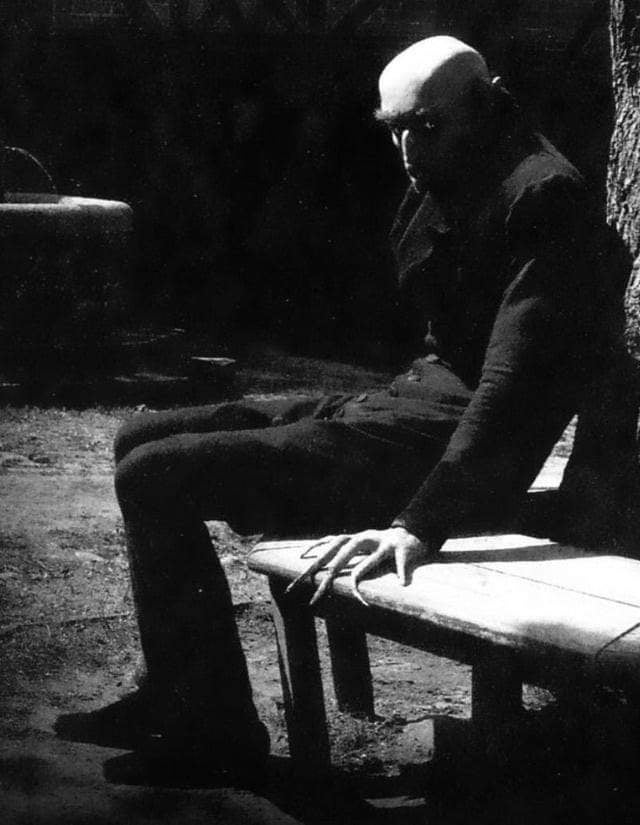 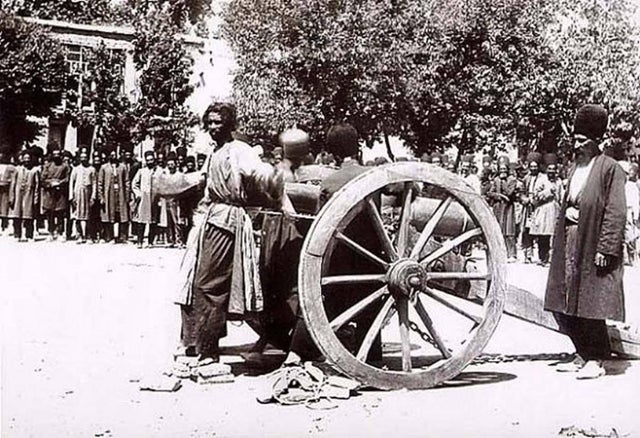 8. Russian infantry positioned on a hill in Manchuria during the Russo-Japanese War, 1905. 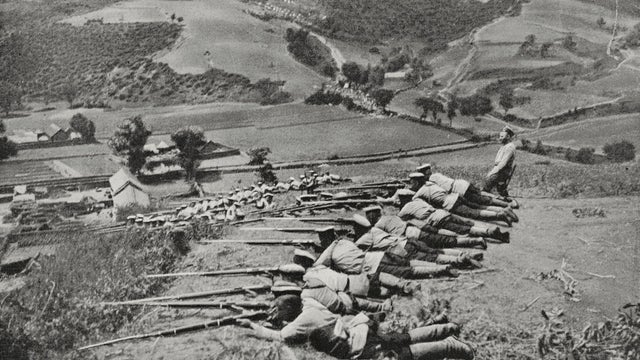 9. A member of the state militia faces off against an African-American veteran during the 1919 Chicago Race Riot, 27 July 1919. 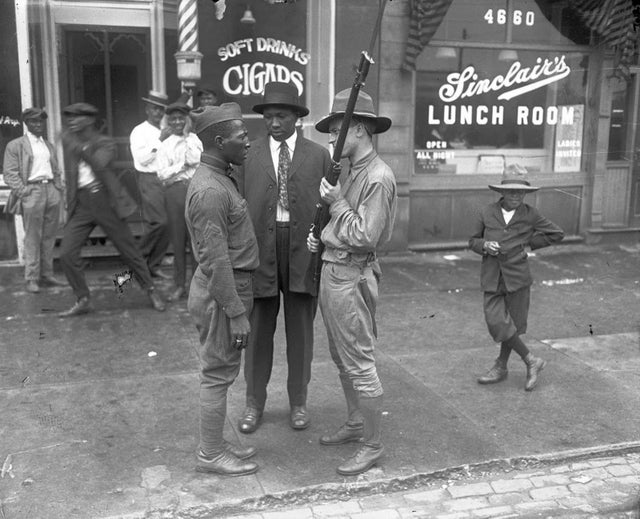 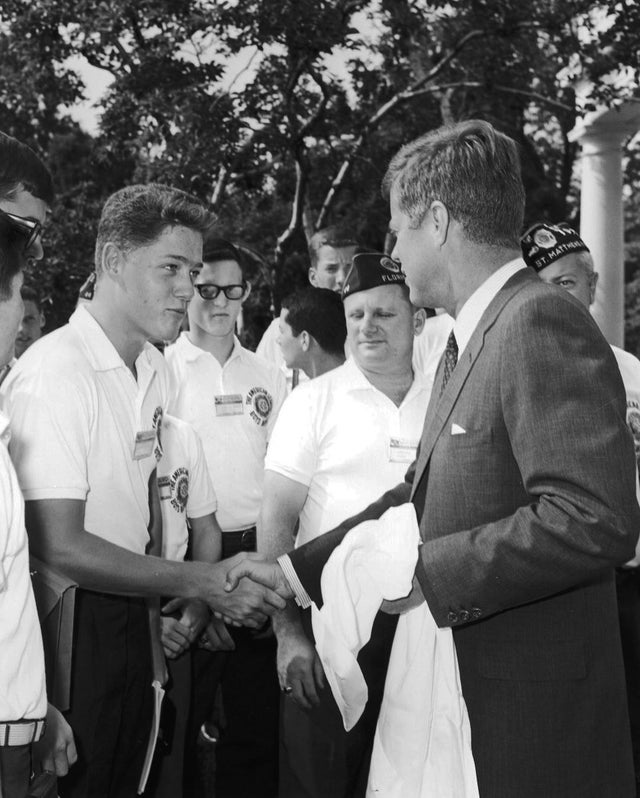