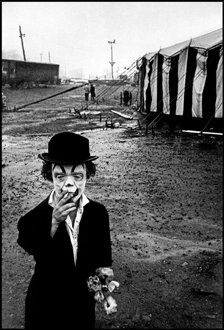 2. Drive-in car hops in shorts and cowboy boots at the Log Lodge Tavern near Love Field airport in Dallas, Texas, 1940. 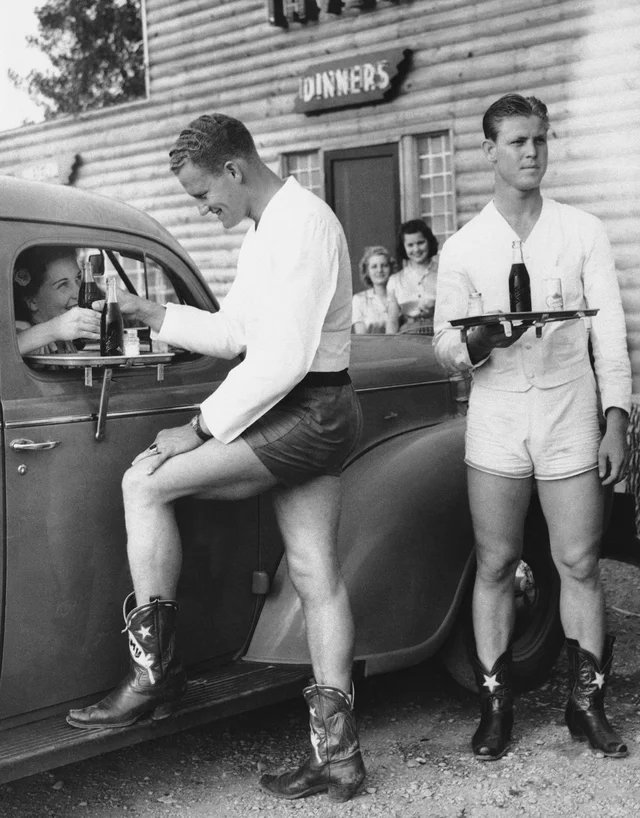 3. Press photographers and police snipers lie side by side on a roof opposite the Kreditbanken bank on Norrmalmstorg square in Stockholm. 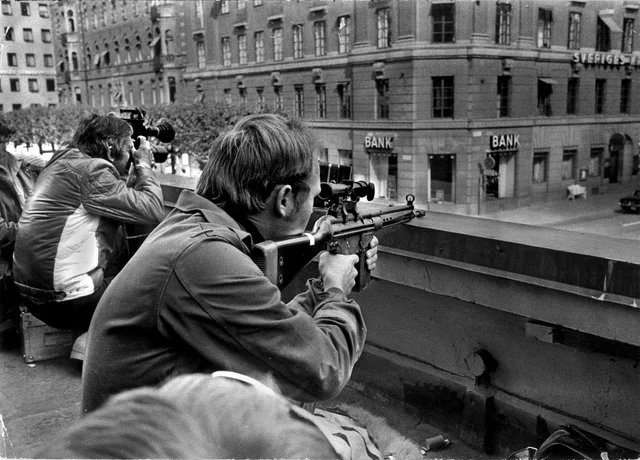 A misfired robbery turned into a six-day standoff that gave birth to the phrase “Stockholm syndrome”, Stockholm, Sweden, 1973. 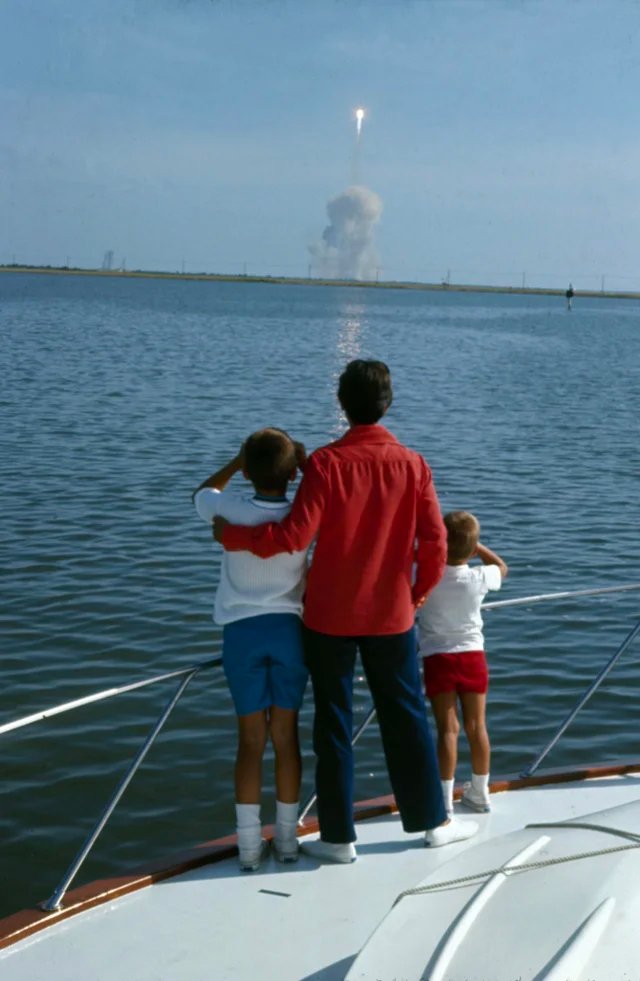 5. A woman ties her arm before shooting up cocaine in the East New York section of Brooklyn, New York City, Sept. 1992. 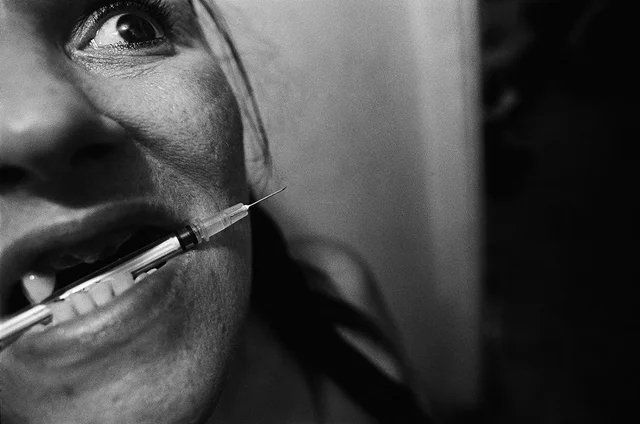 6. A man exercises using a rowing machine in the gym aboard the RMS Titanic, 1912. 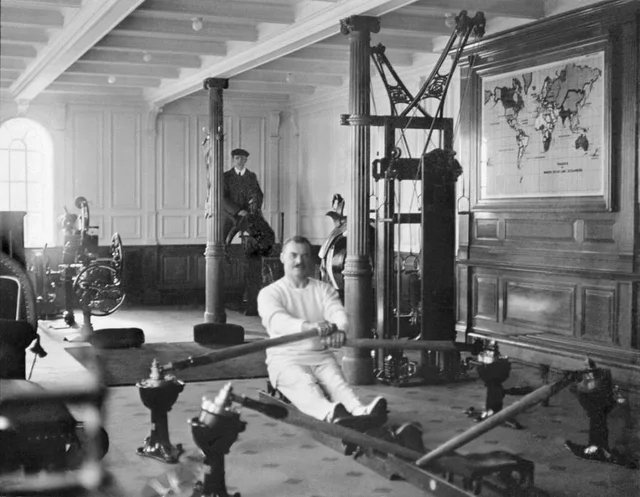 7. Jewish resistance member jumps to his death to avoid capture by the Nazis during the Warsaw Ghetto Uprising in April of 1943. 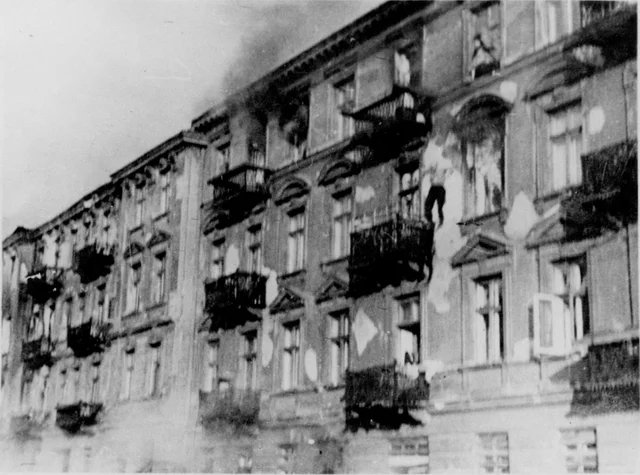 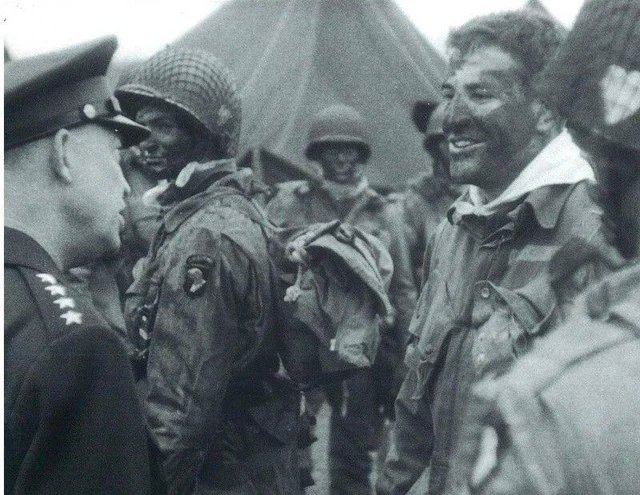 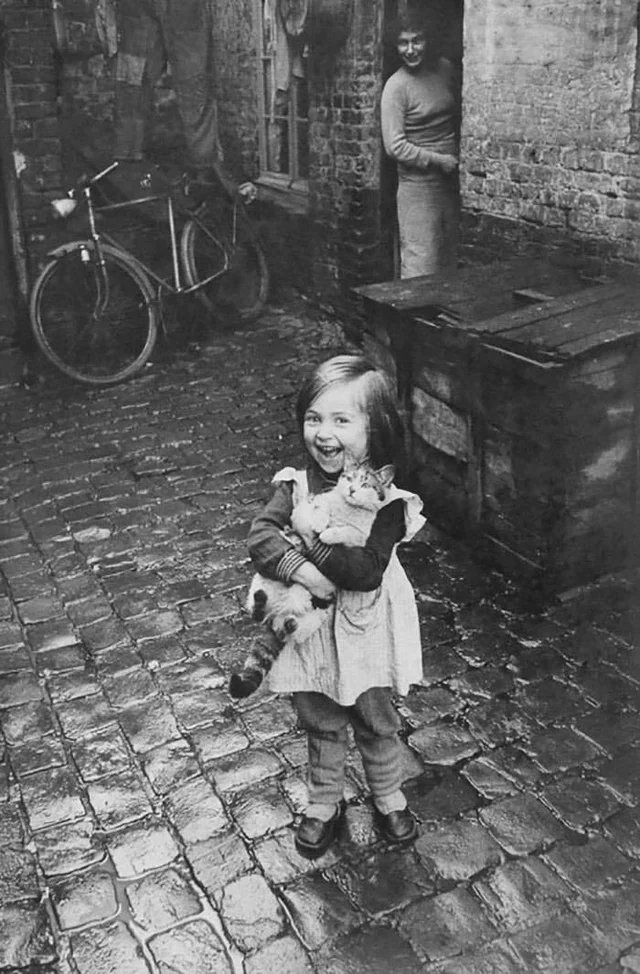 10. US president Jimmy Carter and an aide hop a fence at LaGuardia airport in New York City, 1976. 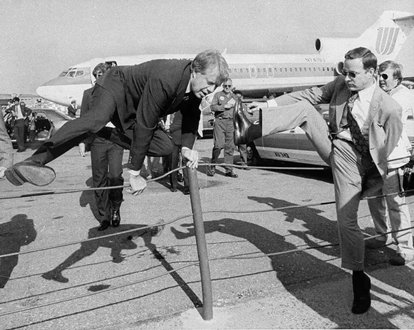