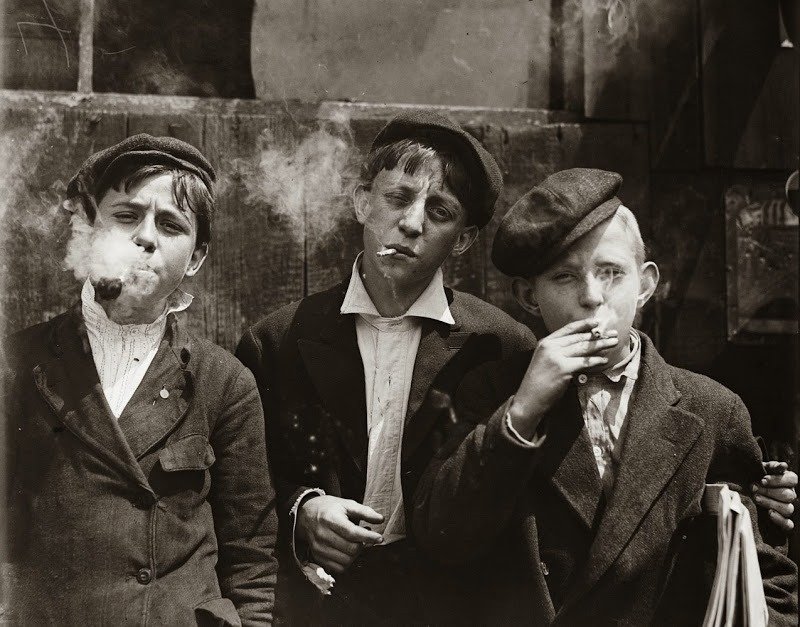 After the Civil War, the availability of natural resources, new inventions, and a receptive market combined to fuel an industrial boom. The demand for labor grew, and in the late 19th and early 20th centuries many children were drawn into the labor force. Factory wages were so low that children often had to work to help support their families. The number of children under the age of 15 who worked in industrial jobs for wages climbed from 1.5 million in 1890 to 2 million in 1910. 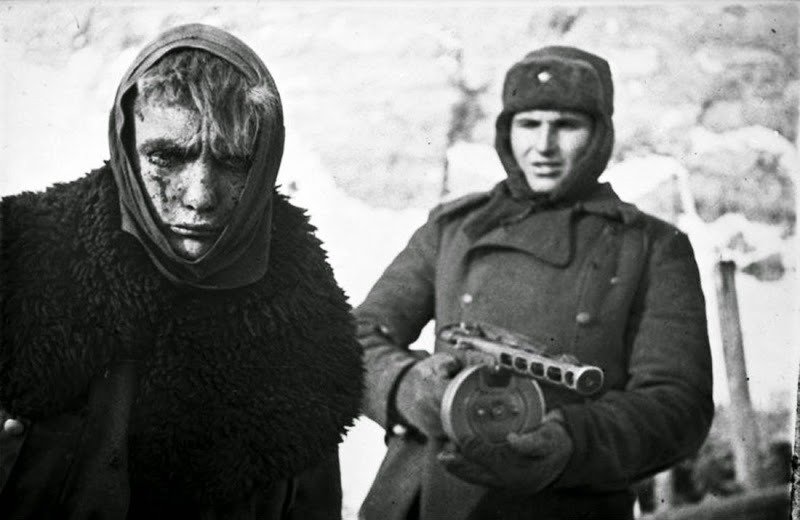 A German prisoner of war escorted by a Soviet soldier, Stalingrad, 1943. 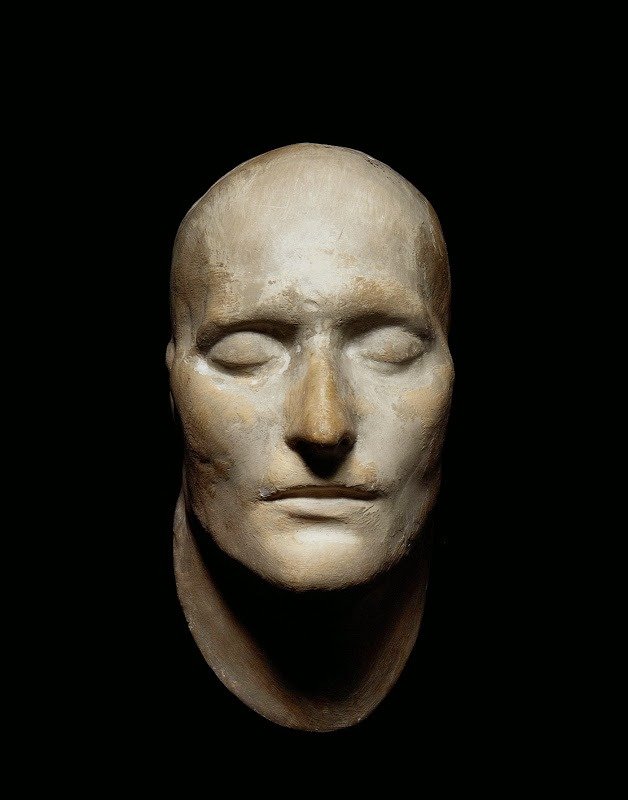 Death mask of Napoleon, taken a day and a half after he died on the island of St. Helena at age 51. His eyes are closed, lips slightly parted, and his shaven head is tilted backward, resting on a pillow garnished with a tassel at each corner. During the time of Napoleon Bonaparte, it was customary to cast a death mask of a great leader who had recently died. 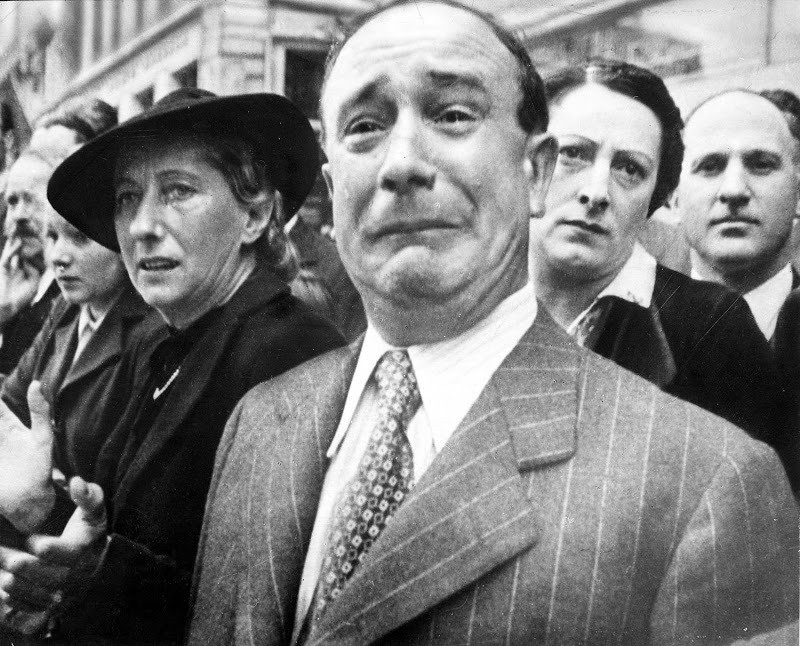 Frenchman crying as the flags of fallen France were marched through the streets of Marseilles on their way to Africa. 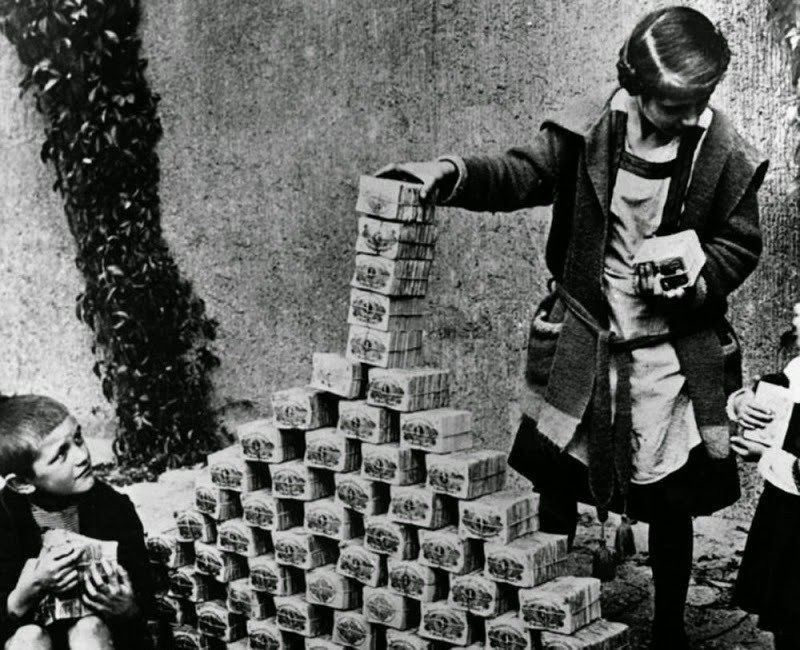 Children playing with stacks of hyperinflated currency during the Weimar Republic, 1922.

Post First World War Germany was hit by one of the worst cases of hyperinflation in recent history. The German mark fell from 4.2 marks to the dollar to 8.91 marks per dollar during the First World War but paying war reparations caused an economic collapse with the exchange rate rising to 4,200,000,000,000 marks per dollar by the end of 1923. The rate of inflation was 3250000% per month. Prices for daily commodities doubled very two days. Currency became worthless with kids used it like Lego bricks. During hyperinflation period people would say: it’s cheaper to burn money than to buy firewood.

By mid-1923 workers were being paid as often as three times a day. Their wives would meet them, take the money and rush to the shops to exchange it for goods. However, by this time, more and more often, shops were empty. Storekeepers could not obtain goods or could not do business fast enough to protect their cash receipts. Farmers refused to bring produce into the city in return for worthless paper. The requirements to calculate and recalculate commercial transactions in the billions and trillions made it practically impossible to do business in paper Marks.

Millions of middle-class Germans, normally the mainstay of a republic, were ruined by the inflation. They became receptive to rabid right wing propaganda and formed a fertile soil for Hitler. Workers who had suffered through the inflation turned, in many cases, to the Communists.