He participated in the bombing of the Amsterdam public records office to hinder the Nazi German effort to identify Dutch Jews. They managed to destroy 800,000 ID cards, in 1921.

2. A balloon apron is suspended to defend London from air attacks, 1915. 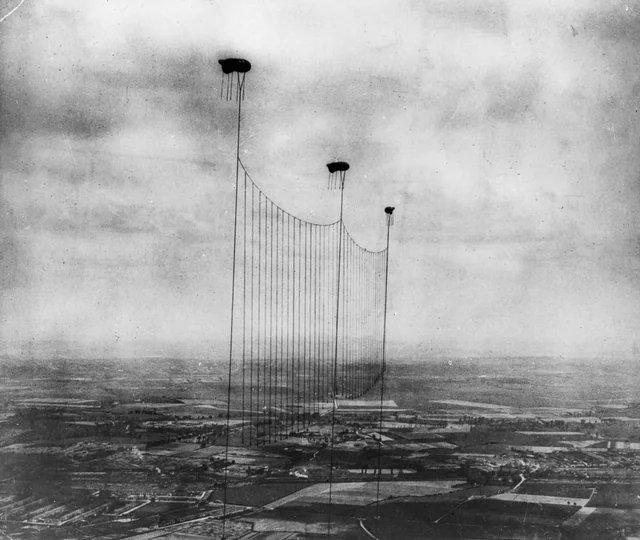 3. Albert Dryden at the moment he shot Harry Collinson. The murder was captured on camera, 1991. 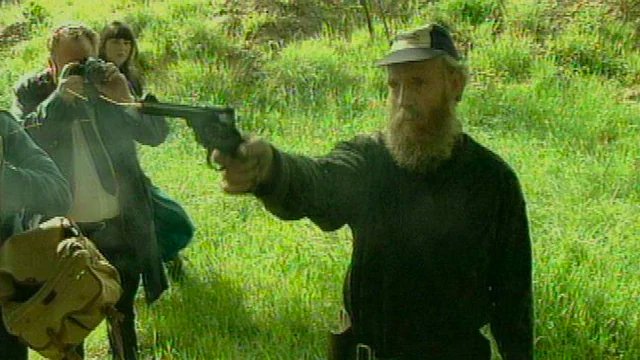 4. Henry Ford receiving the Grand Cross of the German Eagle from Nazi officials on 30 July 1938, on his 75th birthday. 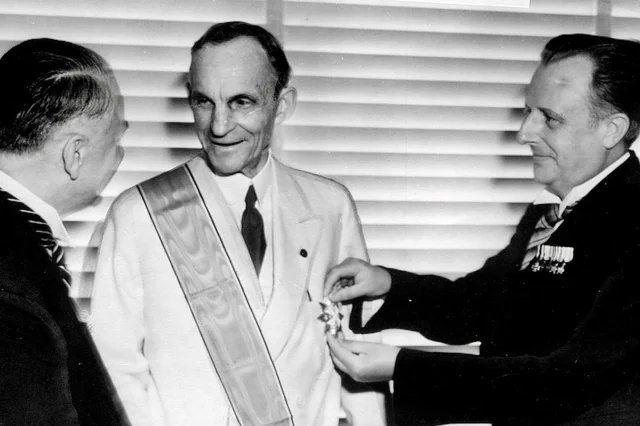 5. Graves of a Catholic Woman and her protestant husband in Holland, c.1888. 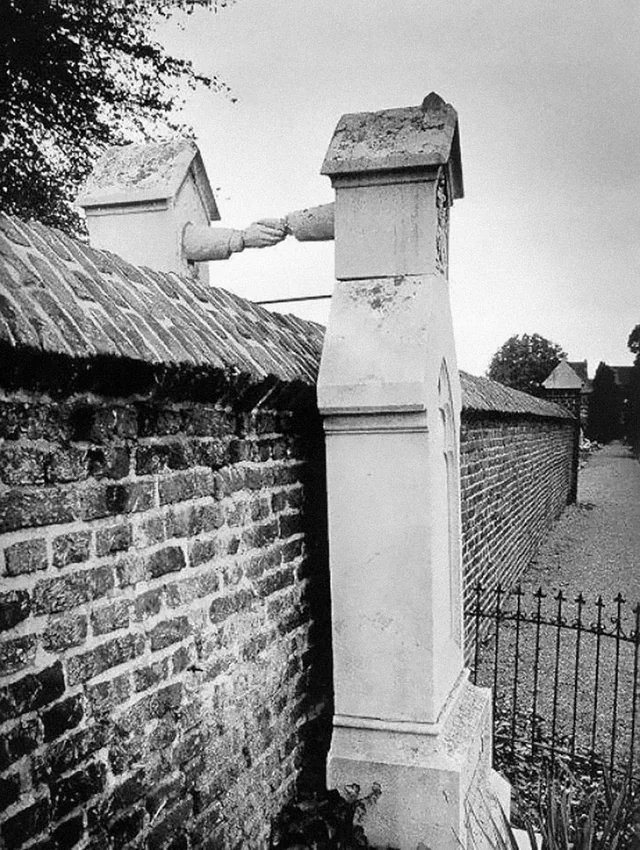 6. Argentine soldiers posing with a penguin during the Falklands War, 1982. 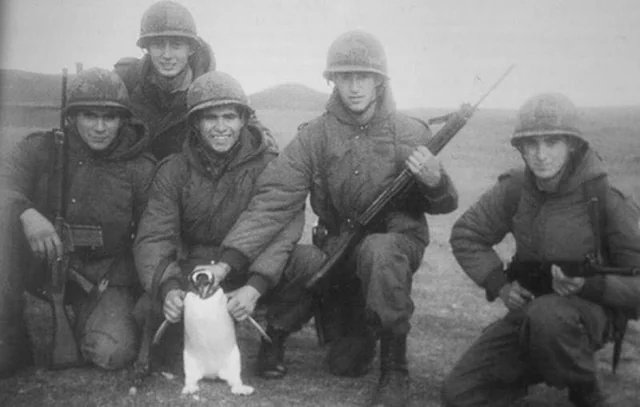 7. A banner announcing the opening of Great Dog Butchery, a canine butchery in Paris, France, 1910. 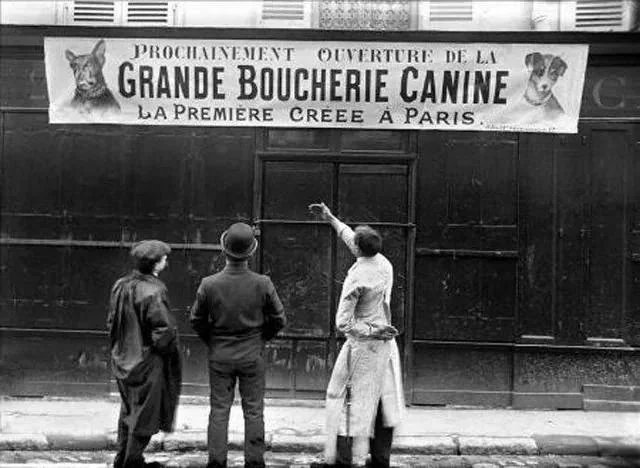 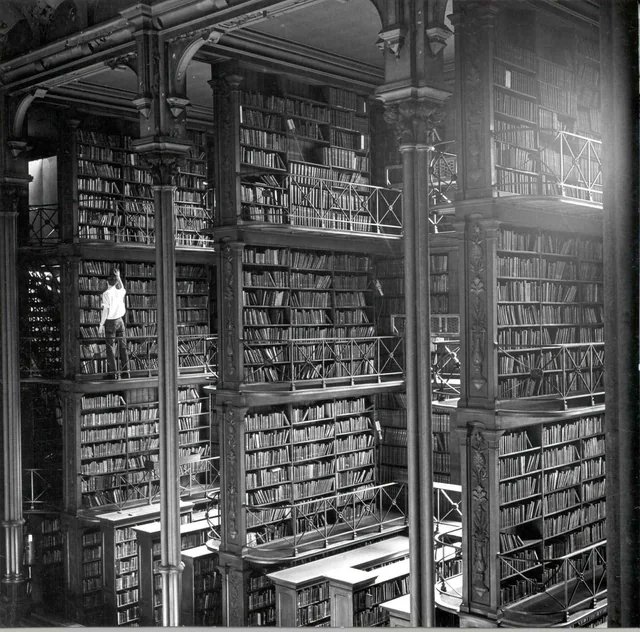 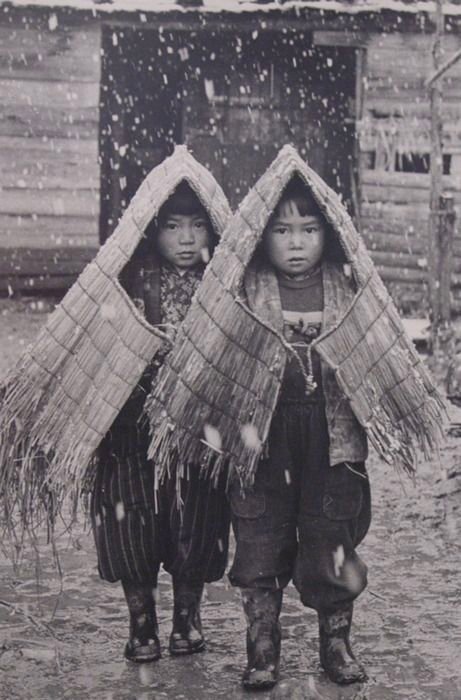 10. Boeing bomber plant camouflaged as a neighborhood during WWII, 1942. 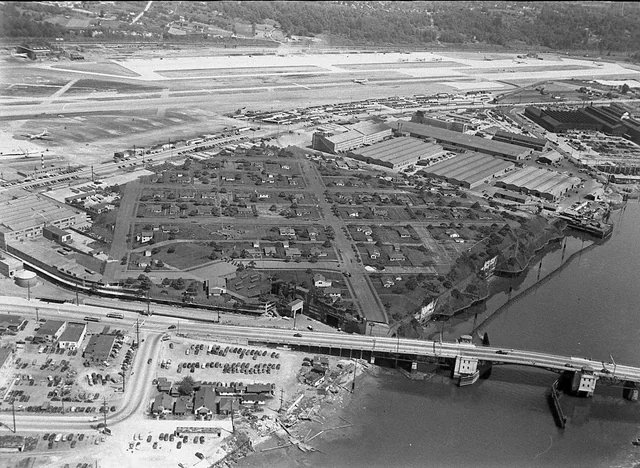