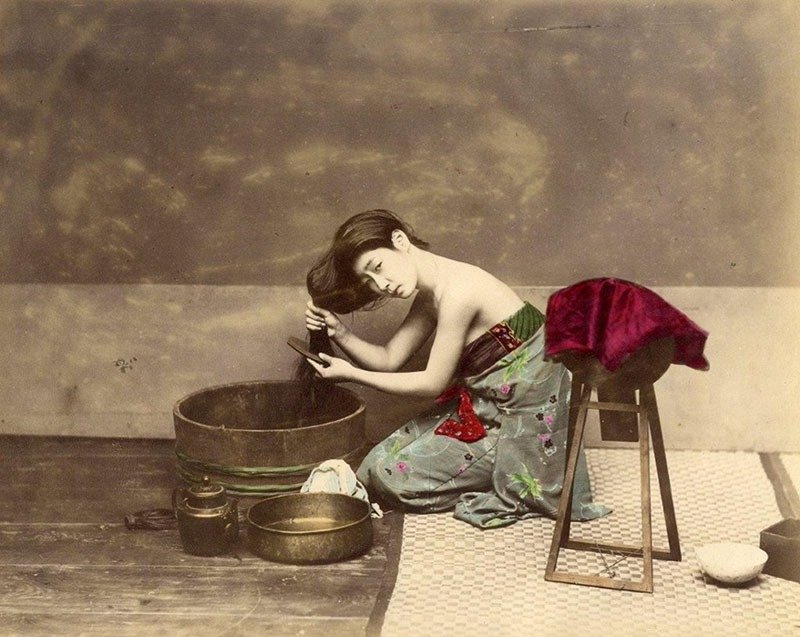 Any fan of samurai movies knows the elaborate lengths some productions can go to in order to recreate the look and feel of old Japan, but globetrotting Italian-British photographer Felice Beato (1832 – 1909) actually managed to capture those days on celluloid first-hand.

He arrived in Japan in 1863, at the very twilight of the era of the samurai, a time he documented evocatively with a series of hand-colored photographs of subjects like kimonos, parasols, baby’s toys, basket sellers, courtesans at rest and a samurai gang ready for action. 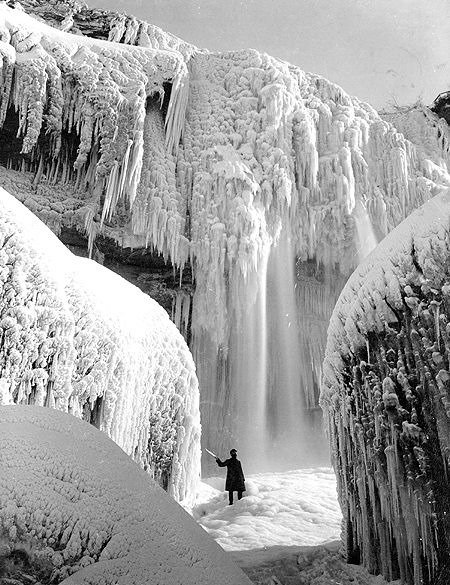 Niagara Falls frozen over. This picture postcard was purportedly taken in 1911 although that date is in dispute.

During an extended winter cold snap a hardened crust of ice can accumulate over parts of the falls — American Falls in particular — creating an amazing, naturally-formed ice sculpture, if you will, that has been known to reach a thickness of 50 feet. Neither the river nor the falls ever freezes solid, mind you. The water continues to flow beneath the ice at all times, albeit reduced to a mere trickle on rare occasions when ice jams block the river above the falls.

Historically, when this blanket of ice has spanned the entire Niagara River, the phenomenon has been known as the “ice bridge.” Just as you see in the photos, people used to stroll and frolic on and around the frozen falls and even walk across the ice bridge, though no one has been allowed to do the latter since 1912, when the bridge unexpectedly broke apart and carried three tourists to their deaths. 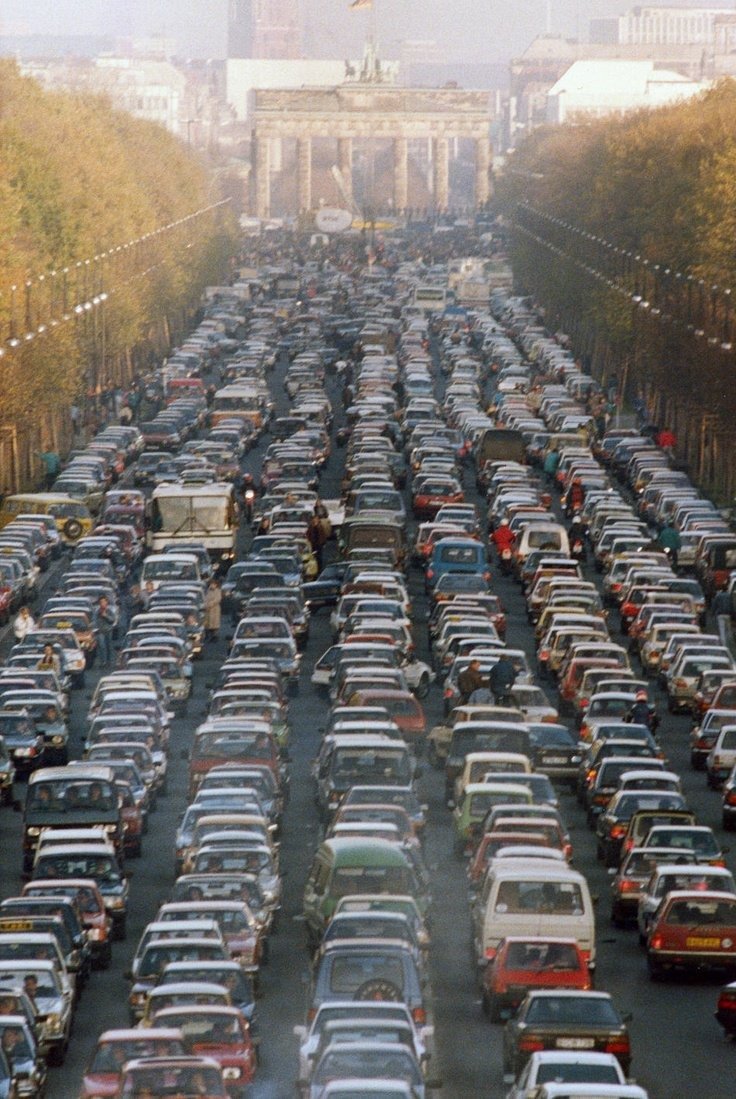 Traffic Jam near the Brandenburg Gate as thousands of East Germans move into West Berlin on the first Saturday after the fall of the Berlin Wall. November 1989. Photo by Rainer Klostermeier. There seems to be a pretty equal flow of traffic. The traffic is heavy in both directions. People were both direction were travelling to see their family members that had been separated. 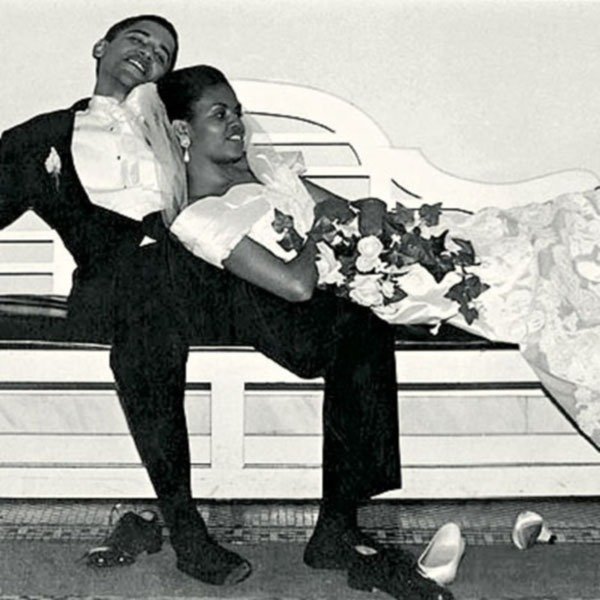 Then-Senator Barack Obama with his wife Michelle on their October 18, 1992, wedding day. 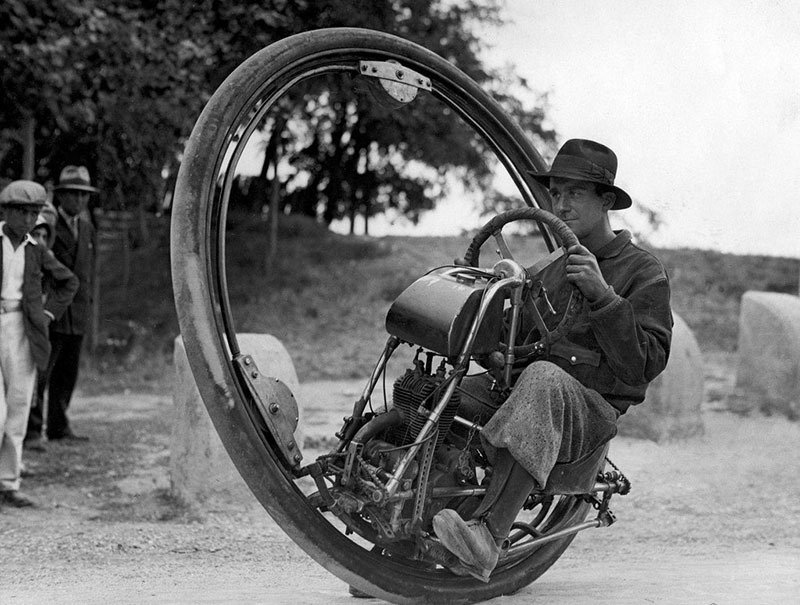 One-wheel motorcycle invented by Italian M. G. de Udine in 1931; maximum speed 93 mph (150 km/hour). He was apparently on a journey to Spain.