Here is part 39 of 25 Interesting Historical Photos segment. In case you missed our last edition, click here for part 38. 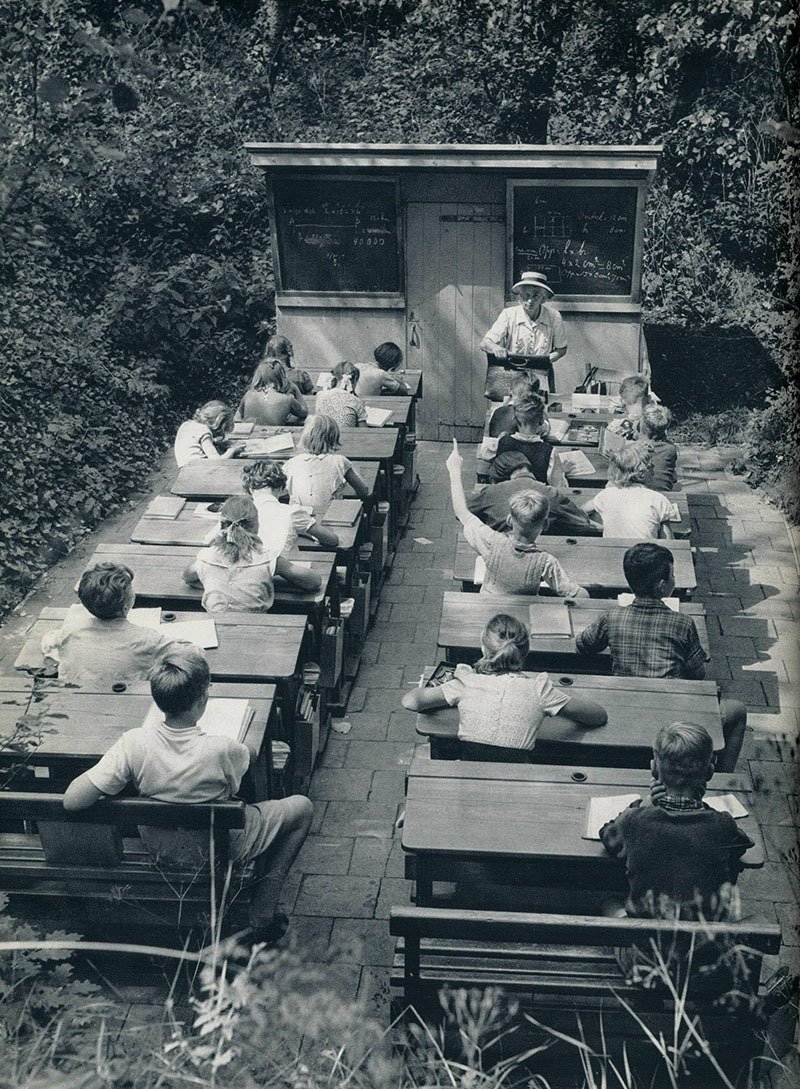 A forgotten age of open-air schools in the Netherlands, 1957.

Open air schools or schools of the woods were purpose-built educational institutions for children, that were designed to prevent and combat the widespread rise of tuberculosis that occurred in the period leading up to the Second World War. The schools were built on the concept that fresh air, good ventilation and exposure to the outside contributed to improved health.

The schools were mostly built in areas away from city centers, sometimes in rural locations, to provide a space free from pollution and overcrowding. The creation and design of the schools paralleled that of the tuberculosis sanatoriums, in that hygiene and exposure to fresh air were paramount; open air schools however also provided education.

In the Netherlands it started in the Hague, where they had playground classes and open-air classrooms. In the first kind they’d teach on the schools playground or in a park. The second kind is a regular classroom with removable roofs or walls. The first Dutch outside-school opened in 1913. The Dutch schools copied clothing from America that were developed for teaching in extreme weather. The woolen Eskimo suits helped against the cold weather and were put over regular clothing. Here is a picture of children with Eskimo suits. 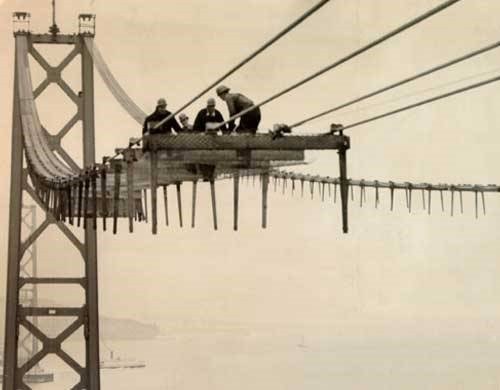 One thing clearly seen here is the lack of safety cables. In spite of this the Golden Gate Bridge had an impressive construction safety record. In the 1930s, a rule of thumb on high-steel bridge construction projects was to expect one fatality for every $1 million in cost. By those standards, the construction safety record for the $35 million Golden Gate Bridge was impressive: only 11 construction workers died. (By contrast, 28 laborers died building the neighboring San Francisco-Oakland Bay Bridge, which opened six months prior.) Joseph Strauss made safety a high priority on the treacherous project. The chief engineer made the construction site the first in America to require workers to wear hard hats, and he spent $130,000 on an innovative safety net that was suspended under the bridge deck. The net saved the lives of 19 workers, who called themselves the “Halfway to Hell Club.” Ten of the 11 fatalities occurred in a single accident on February 17, 1937, when a 5-ton work platform broke apart from the bridge and fell through the safety net. 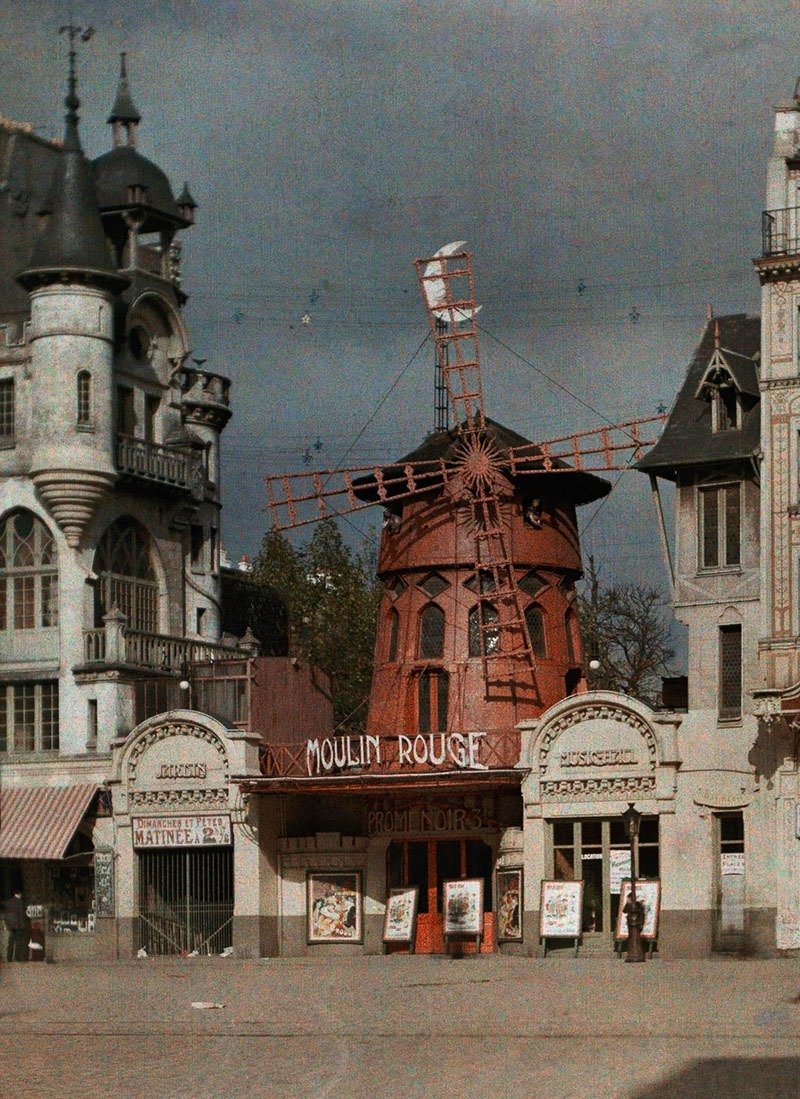 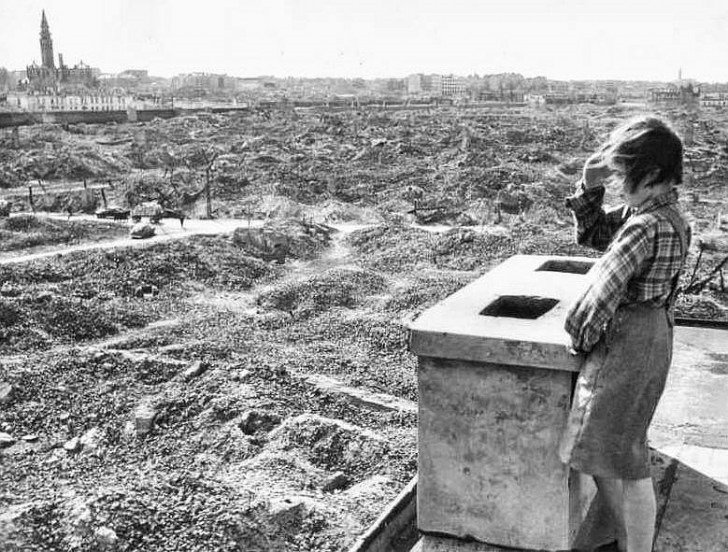 Girl looks out over the ruins of Warsaw, Poland in 1945.

Warsaw was the most destroyed city in WWII. Manila was second. Berlin, Tokyo, or Hiroshima did not experience the same level of destruction as Warsaw. Over 80% of the city was destroyed. Hitler and Himmler ordered systematic destruction of Warsaw. Every building was razed to the ground. The level of destruction was entirely intentional. Himmler stated the city “must be wiped from the Earth.”

The cost of rebuilding Warsaw was put on the entire nation’s shoulders. Because of that there was great amount of animosity between Warsaw and people from other parts of Poland. For the longest time people from outside were calling Warsaw and its citizens leeches that suck the blood of labor from the entire country. It took years to rebuild Warsaw, in the process many of its buildings were lost forever as archives were destroyed as much as other buildings. What could have been restored to its previous glory, was. However in the process the city received a large amount of new buildings, grey, ugly concrete towers. 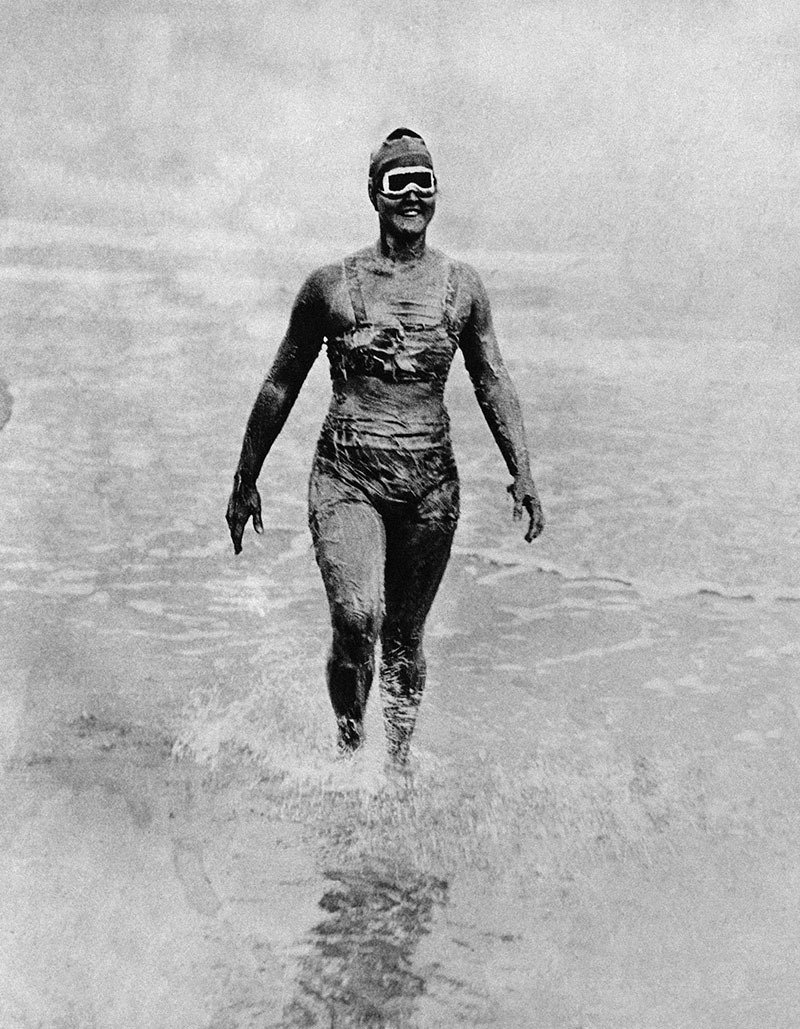 Gertrude Ederle, covered in lard and petroleum before becoming the first woman to swim across the English Channel, August 6, 1926.

Lard and petroleum was applied due to its hydrophobic chemical properties that reduced the resistance from the water meaning you use less energy. This technique is no longer use mainly because if people start to struggle you can’t pull them out easily, plus there are other options like skin suits. 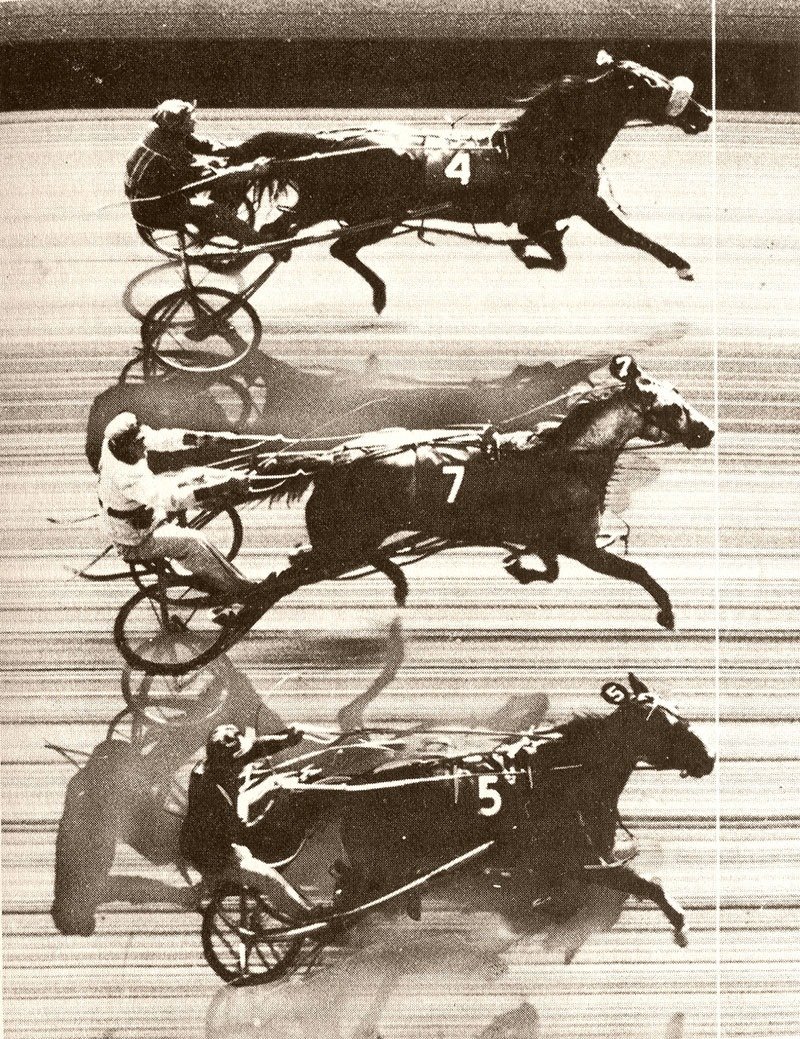 If there is a dead heat for a win, wagers are paid on all winning horses and first and second prize money is divided between the two horses in a double dead heat. Before the 20th century the race was settled by a deciding heat or run-off, unless the owners agreed to divide the prize. 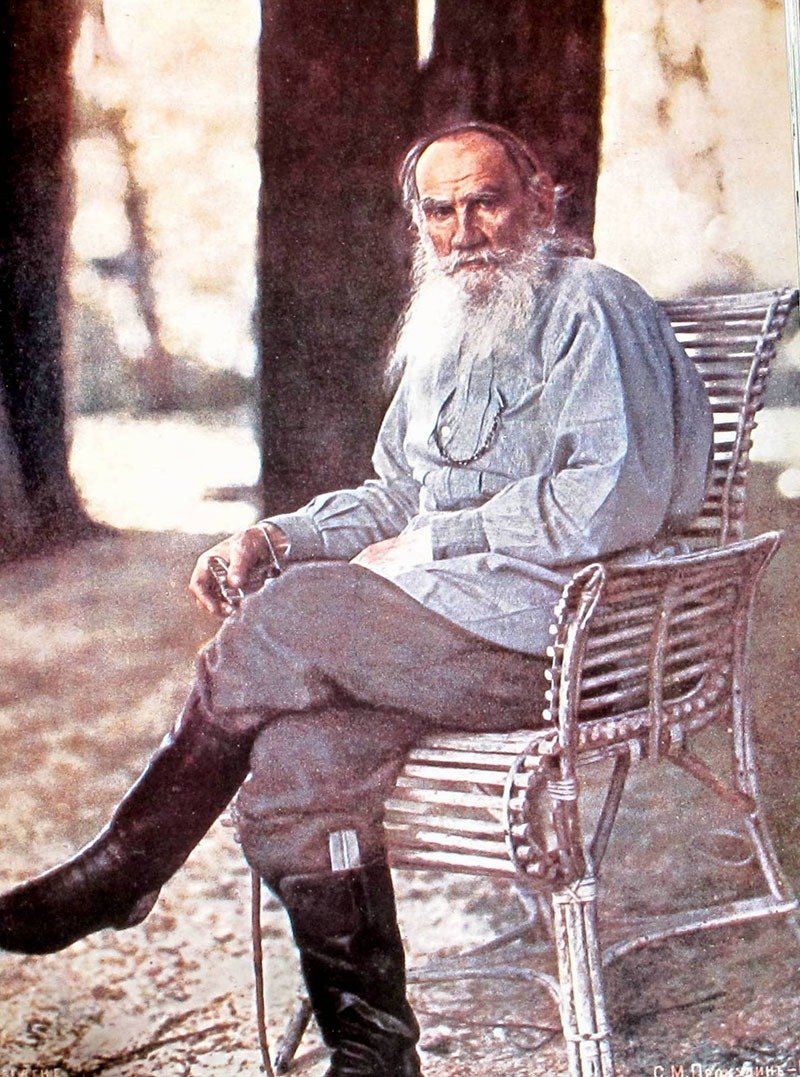 A 79-year-old Leo Tolstoy sits for a color photograph taken in Russia – May 1908. 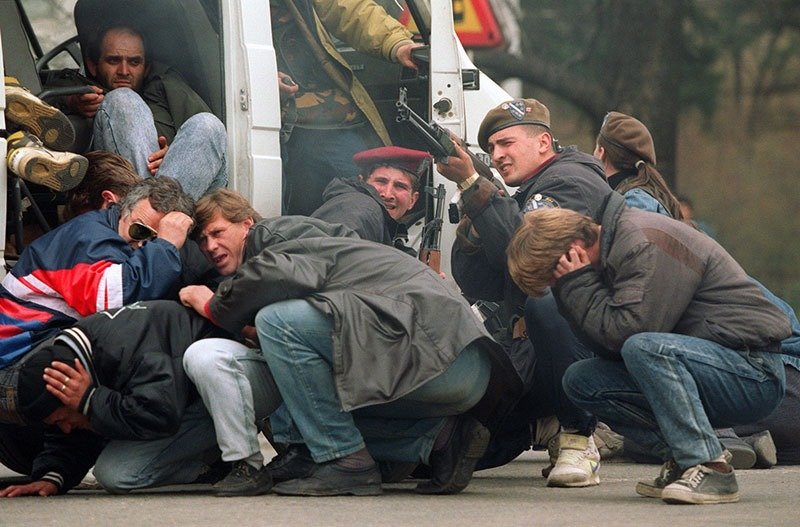 A Bosnian special forces soldier returns fire in downtown Sarajevo as he and civilians come under fire from Serbian snipers, on April 6, 1992.

The Serbs were shooting from the roof of a hotel at a peace demonstration of some of 30,000 people as fighting between Bosnian and Serb fighters escalated in the capital of Bosnia-Hercegovina. This was during the beginning of the Siege of Sarajevo. A Bosnian Serb coup d’état failed in March. As tensions ratcheted up, tens of thousands of Sarajevans of all ethnicities held a peace march, hoping to tamp down the flames of violence. Snipers fired on the crowd, killing two women. These civilians and that soldier were truly shocked. They had not yet been hardened by war. They had no idea they were about to endure a siege longer than the siege of Leningrad in WW2. 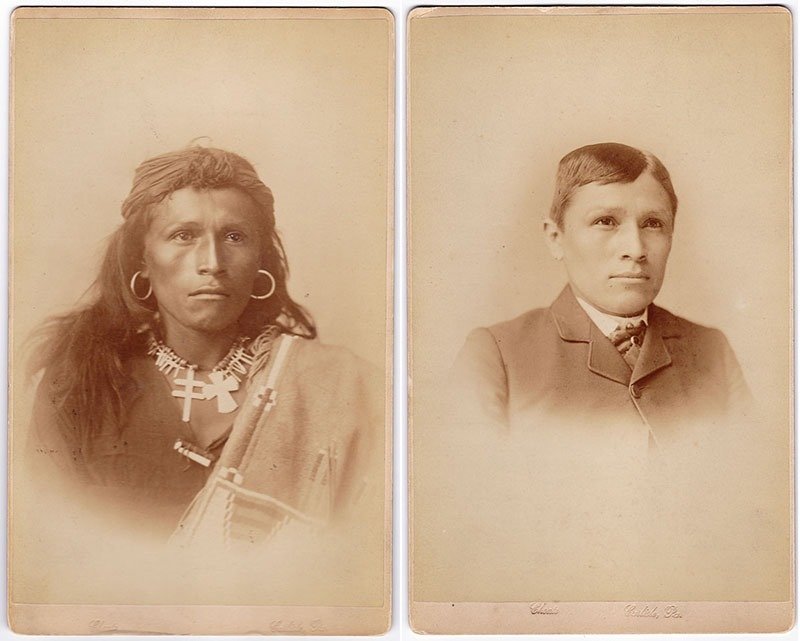 Tom Torlino, a Navajo youth, as he entered the Carlisle Indian Industrial School in 1882, and three years later.

The school was one of several federally funded boarding schools designed to immerse native children in white culture. Its stated goal was “Kill the Indian, save the man.”

That was also the motto of the Mexican president Benito Juarez (1858) and his pupil and Mexican dictator for 30 Years Porfirio Díaz.  Juarez believed that you needed to “kill the Indian to become a citizen” and that’s what he did with himself (a pure Oaxacan indian) and tried to do with all of Mexicans. He knew that Mexico’s biggest problem was that Mexico were barely a country (because of it’s cultural diversity) and that caused too much internal fighting and made easy to Europeans and the US to sack Mexico’s natural resources, because you only needed to support one faction against the government to cause a mess, thus preventing the country to develop.

Later, Porfirio Diaz ruled with an iron fist for 30 years and that prevented Mexicans from fighting each other, which caused Mexico to develop and modernize, all done using Indian workforce. Eventually Diaz got too old and his policies led to a country in which the Indians had no rights and in several places were practically slaves. Then the Mexican revolution happened and 30 years of civil war sunk the country into chaos.

The Residential Schools in Canada had the same slogan as well with the goal to assimilate First Nations children to western society. Once they had broken their families, language, and culture, the government decided that Natives couldn’t raise their own children, and put many into foster care. 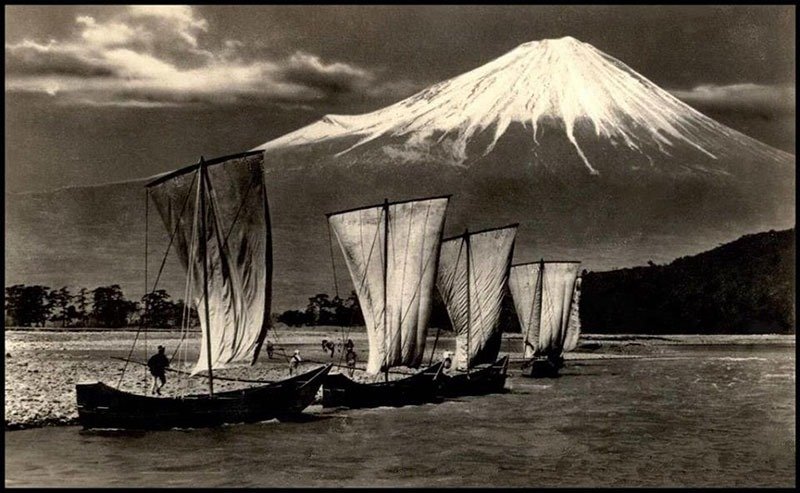