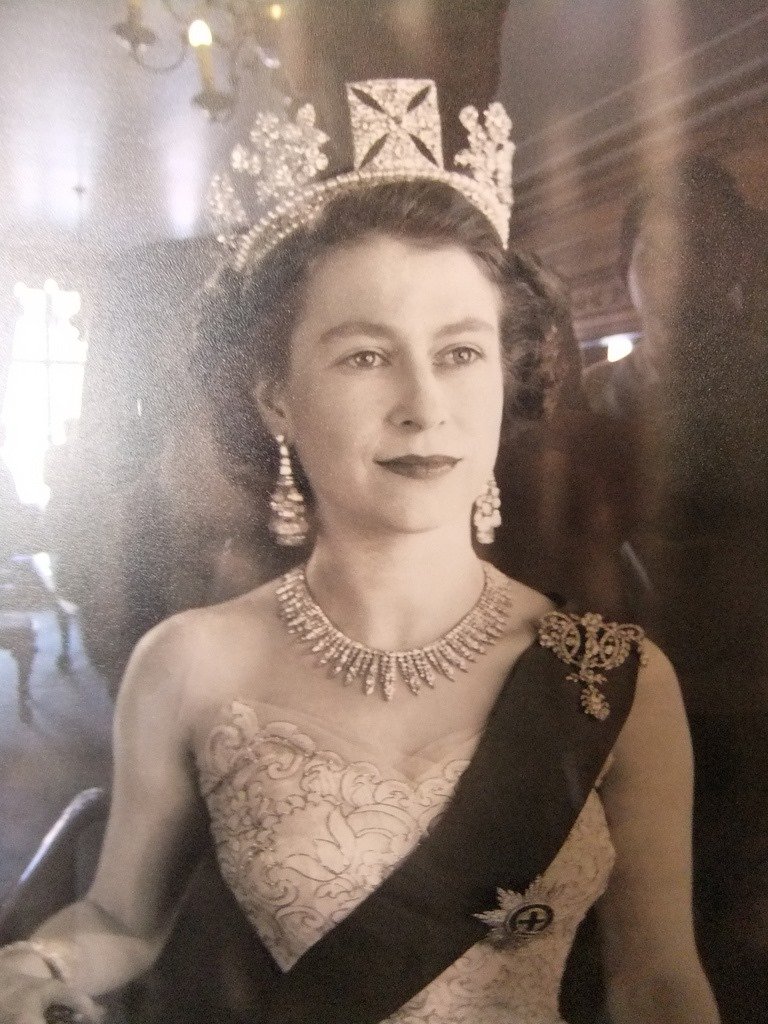 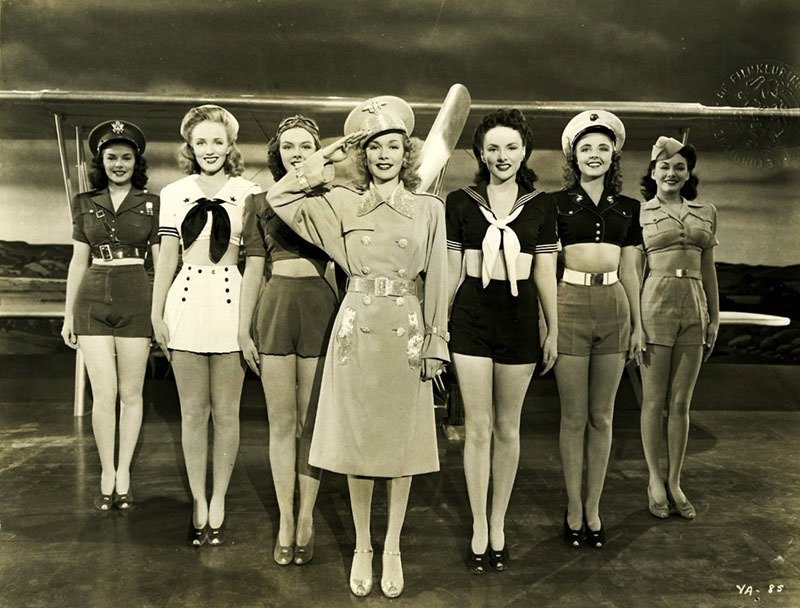 Still photo of WWII pinup girls from the 1941 movie ‘You’re In The Army Now.’ The lady in the center is Jane Wyman (Ronald Regan’s first wife of 10 years). 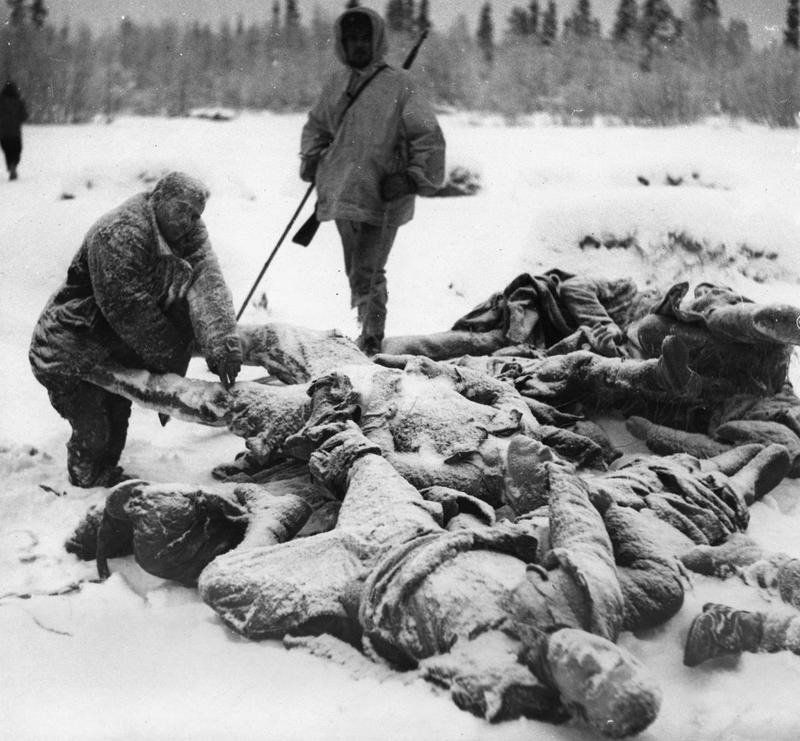 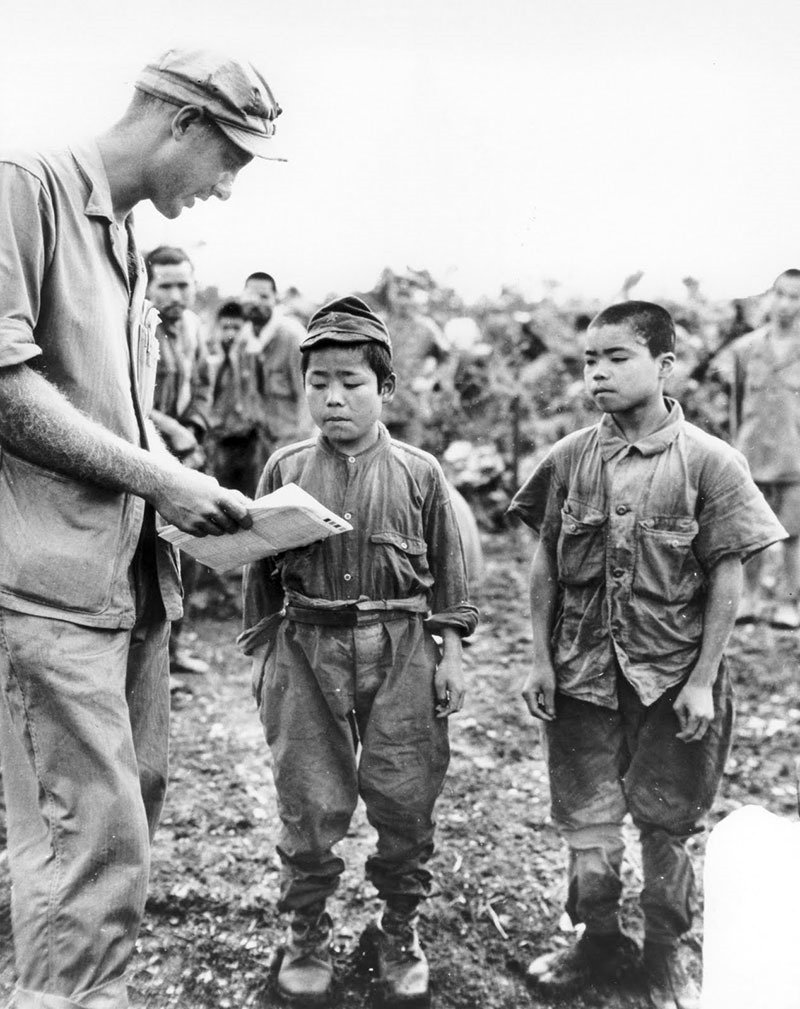 Like Japan, Germany too started to use younger and younger people the farther the war got on. This is what happens when you fight a prolonged war that eats soldiers and you start losing. 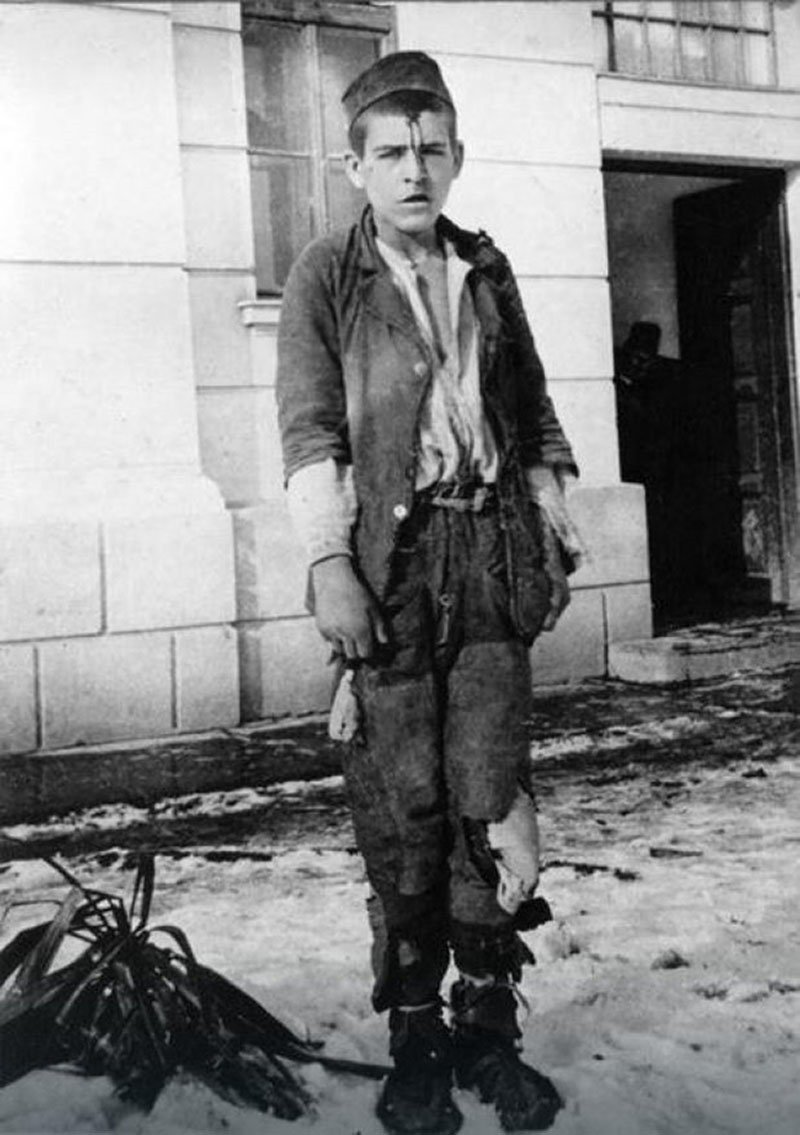 16-year-old Serbian partisan Slavoljub “Slava” Ković photographed by the SS before his execution. Due to his defiance for not telling the names of his comrades, Slavoljub was tortured and had a star carved with a knife on his forehead (representing the communist ideology), January, 1942.

Slavoljub Ković, was born on 1924 in Bogatic, Serbia. Coming from a poor family, he had a tough childhood. When he was 3 years old his father died. Because of malnutrition he went to school 2 years late. After his elementary school, he went to tailoring school, but never finished it because World War II broke. He joined partisans in December of 1941 at the age of 17. Few months later he was captured by the Nazis in Serbia.

They took him to the concentration camp near Sabac and tortured him in order to get details about resistance movement. While they were torturing him, he yelled: “Beat me, kill me, victory is ours.” Three years after this photo was taken, he was executed with the rest of the prisoners. 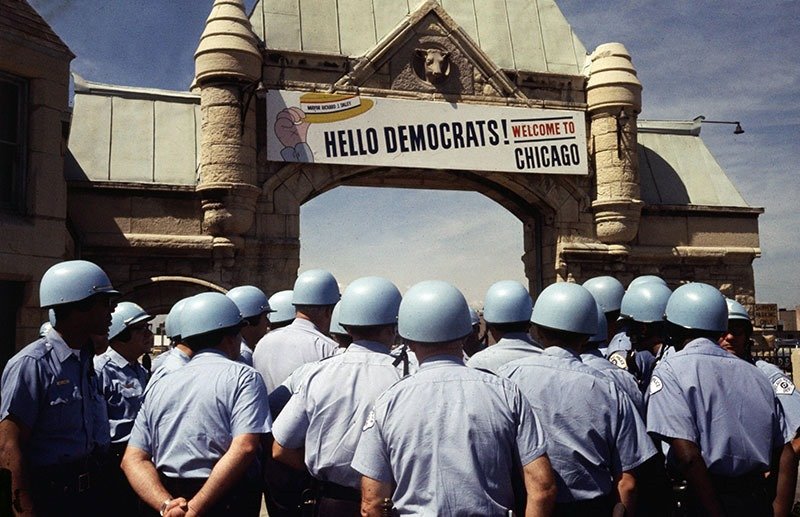 The convention of 68 was so controversial because it was an open convention, with no one with the majority of the delegate count and a large number uncommitted due to the assassination of Robert Kennedy. The establishment candidate, VP Hubert Humphrey, hadn’t entered any primaries– his delegates all came from party caucuses. The anti-war candidate, Eugene McCarthy, had a lot of youth support, analogous to the support that Sanders now has.

There was a lot of violence both inside and outside of the convention center. The machine boss of Chicago, Richard Daley, was accused of abetting it. In the end, Humphrey won easily on the first ballot, but the whole process left a sour taste in the mouths of the electorate, something that took Humphrey a long time to overcome. He lost to Richard Nixon in the general election, but not by much. 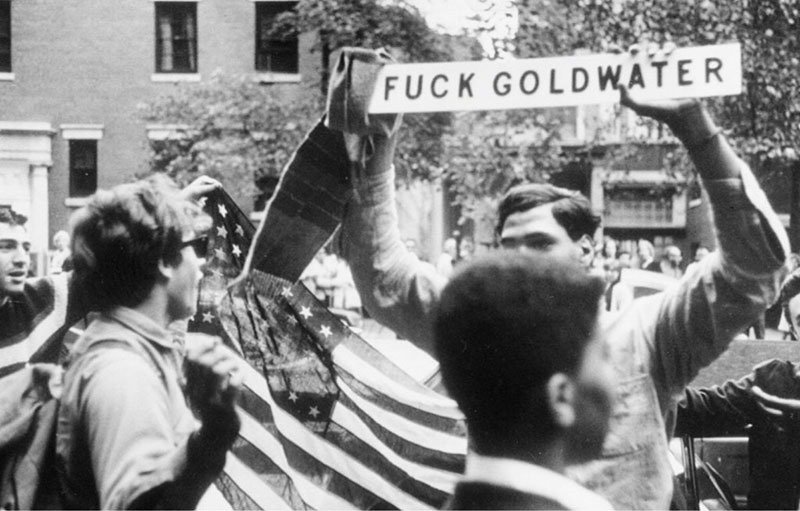 Protesting the 1964 US Presidential Election. 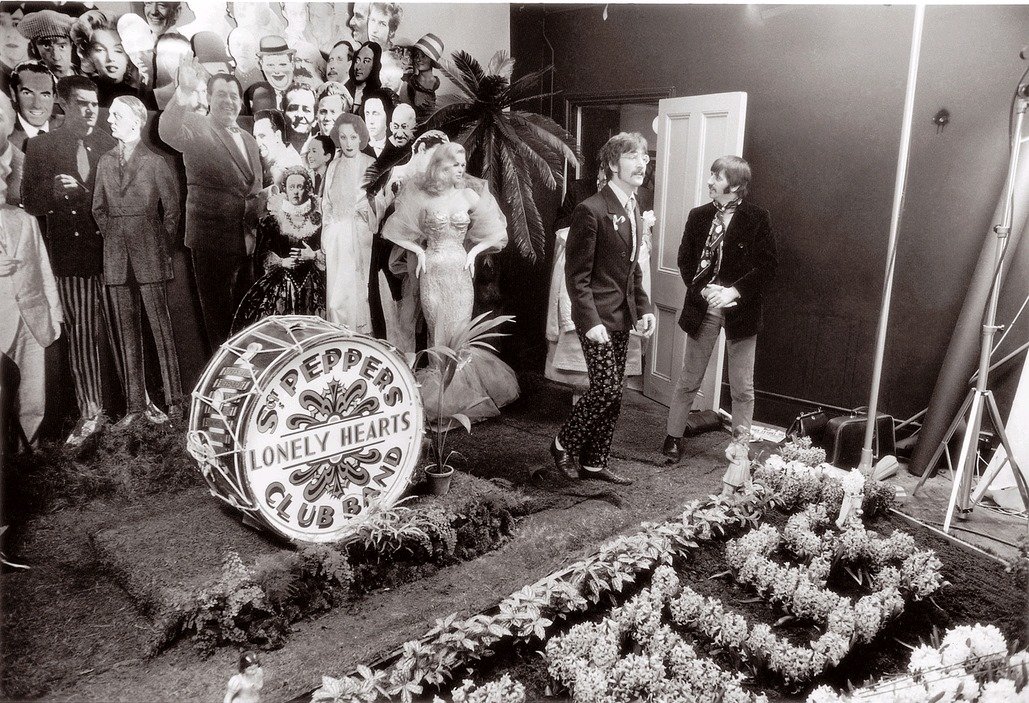 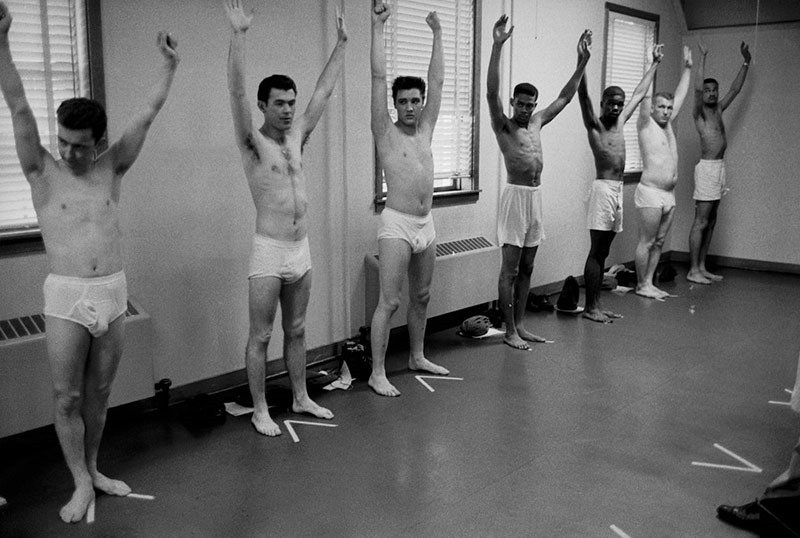 U.S. Army Pvt. Elvis Presley (third from left) raises his arms along with several other inductees at Fort Chaffee, Ark, 1958.

This process still goes on at Military Enlistment Processing Stations (MEPS). i.e. stripping down to your skivvies with a bunch of other men and being made to duckwalk across a room while a doctor observes to ensure you don’t have physical issues that would preclude enlistment. This part is called “the underwear olympics.” By the time of his drafting, Elvis was already famous. He’d already made it big and been in a movie by then. This is why him being drafted was such a sensation. As an “All American boy” he did his duty rather than try to dodge it. The musical “Bye, Bye, Birdie” is based on this. 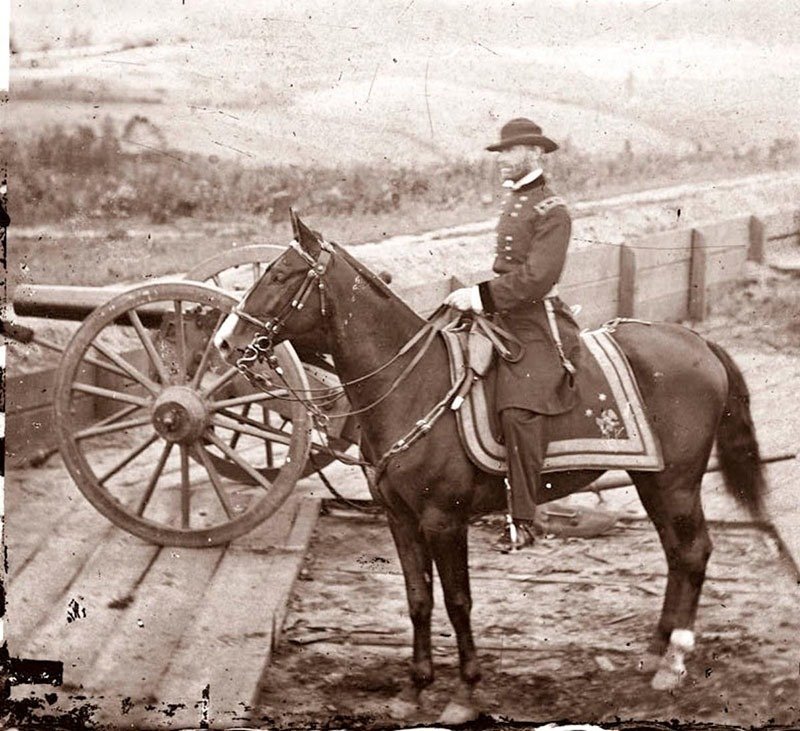 General William Tecumseh Sherman atop his steed Lexington at Federal Fort No. 7, two miles from Atlanta, 1864. A racehorse known for being the fastest four-mile thoroughbred in the U.S., Sherman rode Lexington throughout his scorched-earth Savannah campaign, the March to the Sea.