Here is part 40 of Interesting Historical Photos series. For part 39, click here. With part 40 over, we have now posted over 1000 historical photographs with this series. We would like to thank our readers for showing great interest in this series, since this is one of our favorite segments as well. We will continue to add more to this segment. 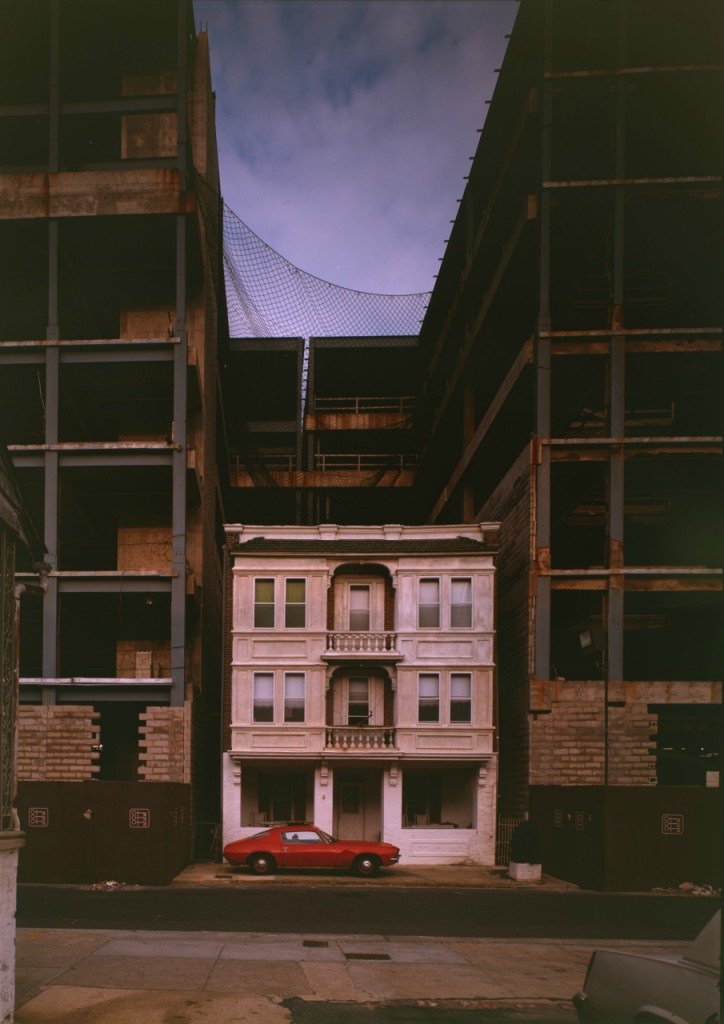 The house that Donald Trump couldn’t buy, circa 1991. In 1990s, Donald Trump’s empire took on a stubborn widow named Vera Coking and lost.

In 1993, Donald Trump bought several lots around his Atlantic City casino and hotel, intending to build a parking lot designed for limousines. Coking, who had lived in her house at that time for about 35 years, refused to sell. When Coking refused to sell to Trump, the city of Atlantic City condemned her house, using the power of eminent domain. Her designated compensation was to be $251,000, one quarter of what was had offered to her for the house 10 years earlier.

With the assistance of the Institute for Justice, Coking fought the local authorities, and eventually prevailed.[5] Superior Court Judge Richard Williams ruled that, because there were “no limits” on what Trump could do with the property, the plan to take Coking’s property did not meet the test of law. But Williams’ ruling did not reject the practice of using eminent domain to take private property from one individual and transferring it to another, which would eventually be upheld by the Supreme Court of the United States in Kelo v. City of New London. 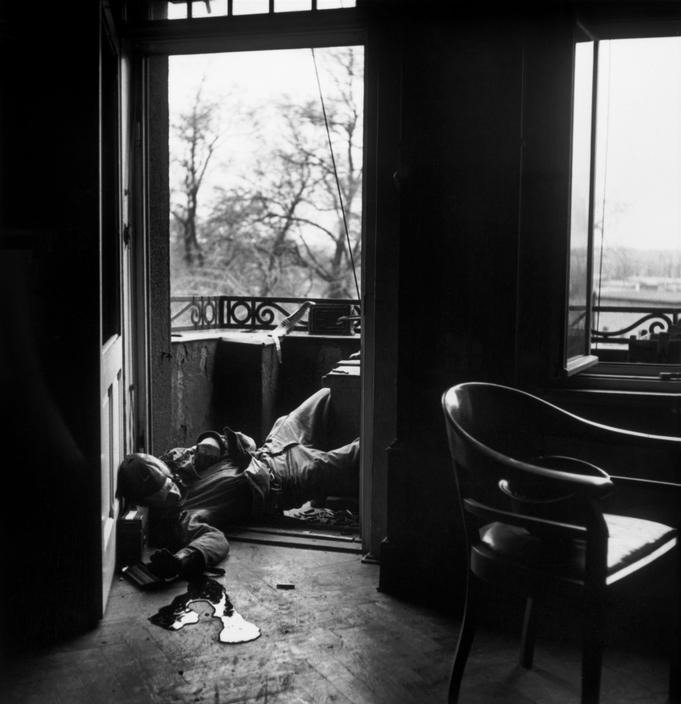 After getting hit by an enemy sniper, 21 year old Raymond J. Bowman lies dead on a balcony in Leipzig, Germany on April 18th, 1945. This picture was printed in “Life Magazine” and he became known as the “Last Man to Die”. Recently, the city of Leipzig named a street after him.

Bowman entered the service (drafted, as voluntary enlistment had been eliminated in December 1942) from Rochester, New York on June 21, 1943; he was assigned to the 23rd Infantry Regiment, 2nd Infantry Division on July 5 of that year. The 2nd Infantry Division was sent to the UK in January 1944 in preparation for their arrival in France on June 8, 1944. Bowman attained the rank of Private First Class. He served as a machine gunner in Company D, crewing an M1917A1 heavy machine gun.

Bowman received the following awards and qualifications for his service during WWII:

Each heavy weapons company (D, H, or M, corresponding to one each for the first, second, or third battalions of an infantry regiment) had two platoons of M1917A1 .30 caliber heavy machine guns. Each platoon had two machine gun sections, each with two squads, for a total of four guns per platoon. The heavy weapons company also operated a mortar platoon with three M1 81 mm mortar sections, each with two mortar squads, for a total of six mortars.

A typical heavy machine gun squad in April 1945 would look like this, operating under Table of Organization and Equipment 7-18, specified February 28, 1944;

Basically he went through hell, made it to the end of the war, only to get picked off by a sniper only weeks before Germany would surrender. 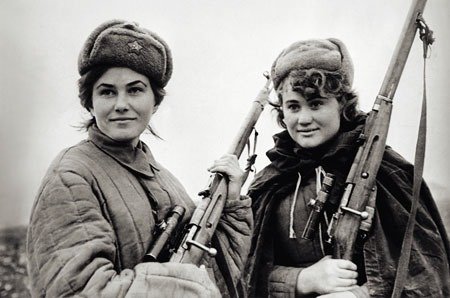 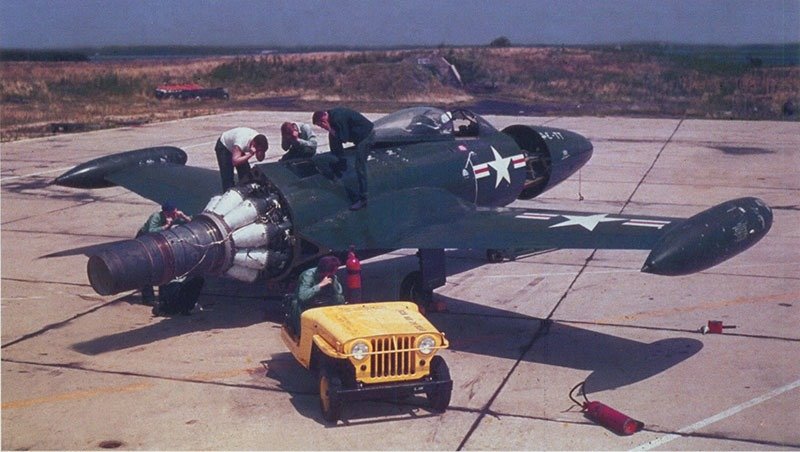 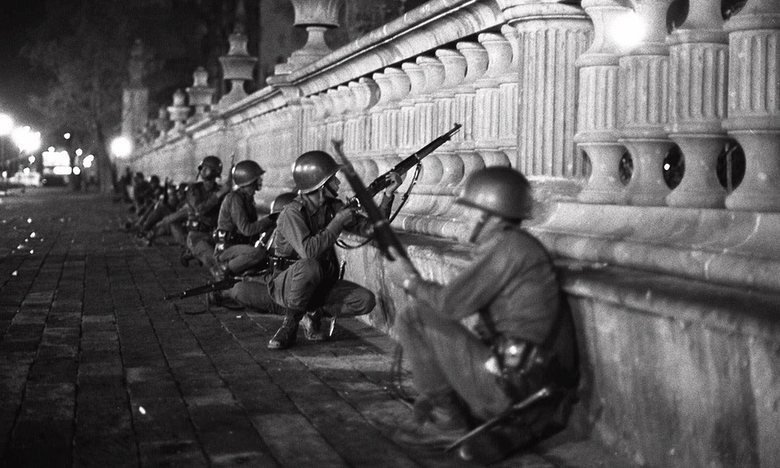 Mexican army during the Tlatelolco massacre (1968).

The Tlatelolco massacre was the killing of an estimated 30 to 300 students and civilians by military and police on October 2, 1968, in the Plaza de las Tres Culturas in the Tlatelolco section of Mexico City. The events are considered part of the Mexican Dirty War, when the government used its forces to suppress political opposition. The massacre occurred 10 days before the opening of the 1968 Summer Olympics in Mexico City. More than 1,300 people were arrested by security police. There has been no consensus on how many were killed that day in the plaza area.

At the time the government and the mainstream media in Mexico claimed that government forces had been provoked by protesters shooting at them. But government documents made public since 2000 suggests that the snipers had been employed by the government. Estimates of the death toll ranged from 30 to 300, with eyewitnesses reporting hundreds dead. According to US national security archives, Kate Doyle, a Senior Analyst of US policy in Latin America, documented the deaths of 44 people. The head of the Federal Directorate of Security reported the arrests of 1,345 people on October 2. 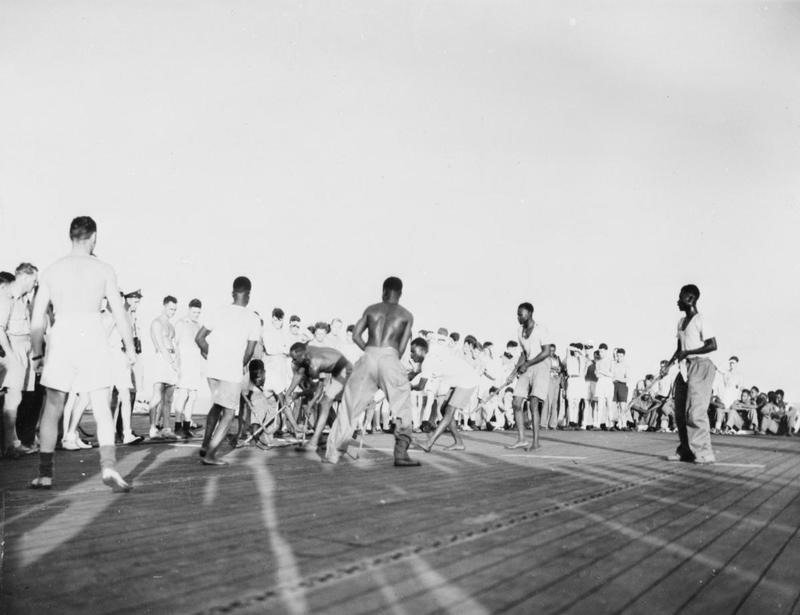 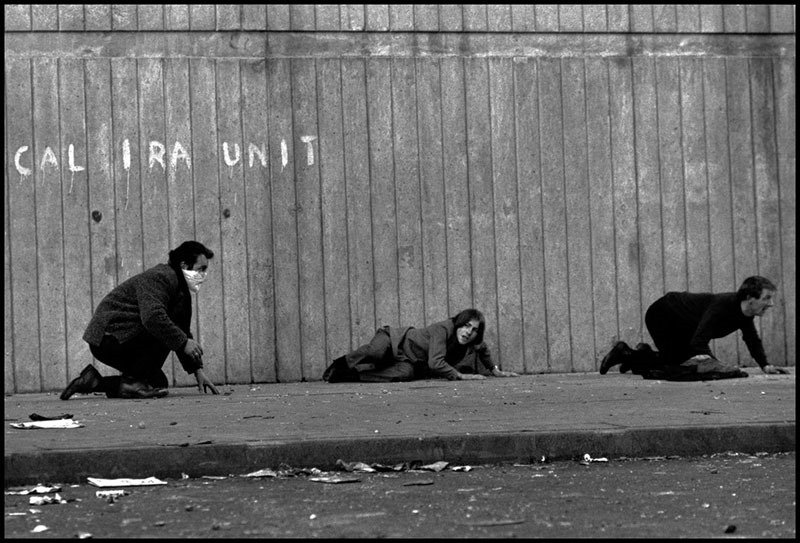 Bloody Sunday, sometimes called the Bogside Massacre was an incident on 30 January 1972 in the Bogside area of Derry, Northern Ireland. British soldiers shot 26 unarmed civilians during a protest march against internment. Many of the victims were shot while fleeing from the soldiers and some were shot while trying to help the wounded. Other protesters were injured by rubber bullets or batons, and two were run down by army vehicles.

Following a 12-year inquiry, Saville’s report was made public in 2010 and concluded that the killings were both “unjustified” and “unjustifiable”. It found that all of those shot were unarmed. British prime minister David Cameron made a formal apology on behalf of the United Kingdom. 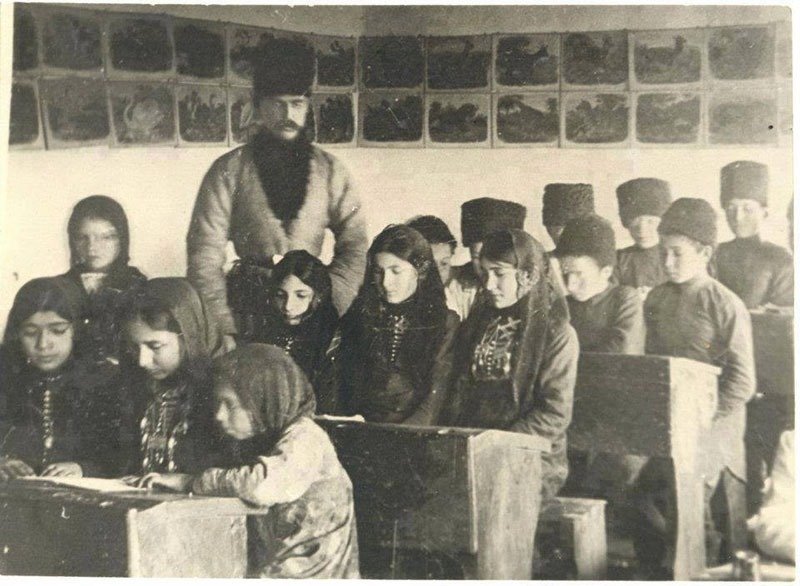 A Circassian school in the Ottoman empire, at the Black sea coast around 1900. 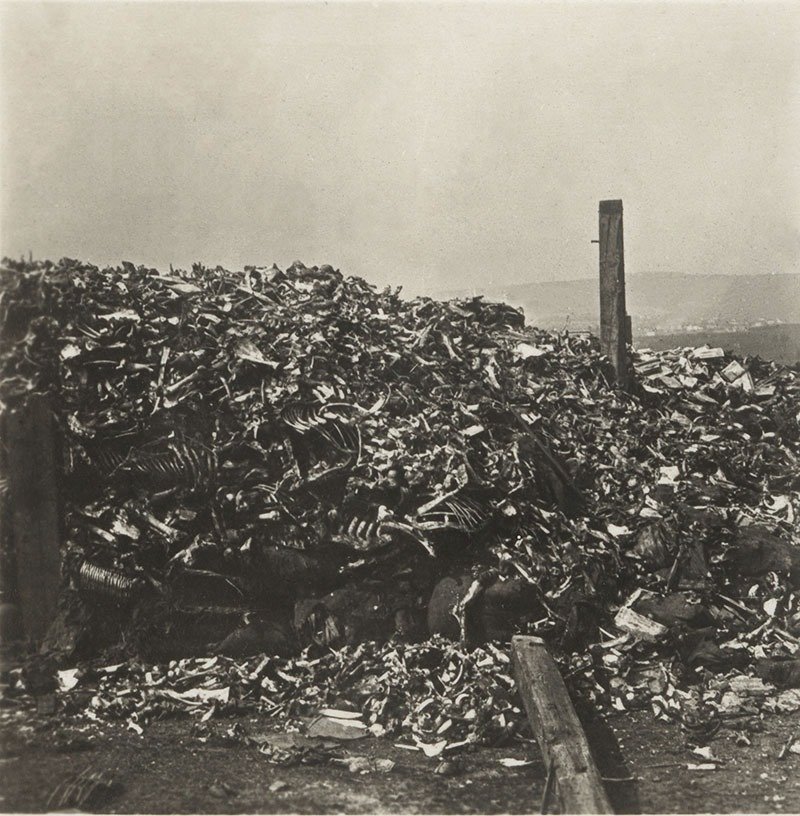 A pile of human and animal remains during or after the Battle of Verdun in 1916.

By the looks of those rib cages, most of them are probably horse bones. The number of animals that served directly at the front is pretty high and they died in horrible ways. In one day alone 7,000 horses died during the battle of Verdun in 1916. 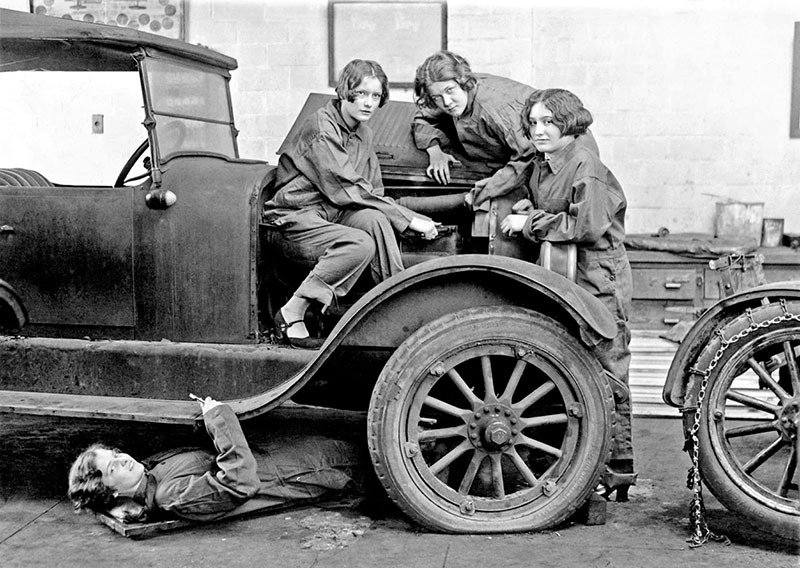