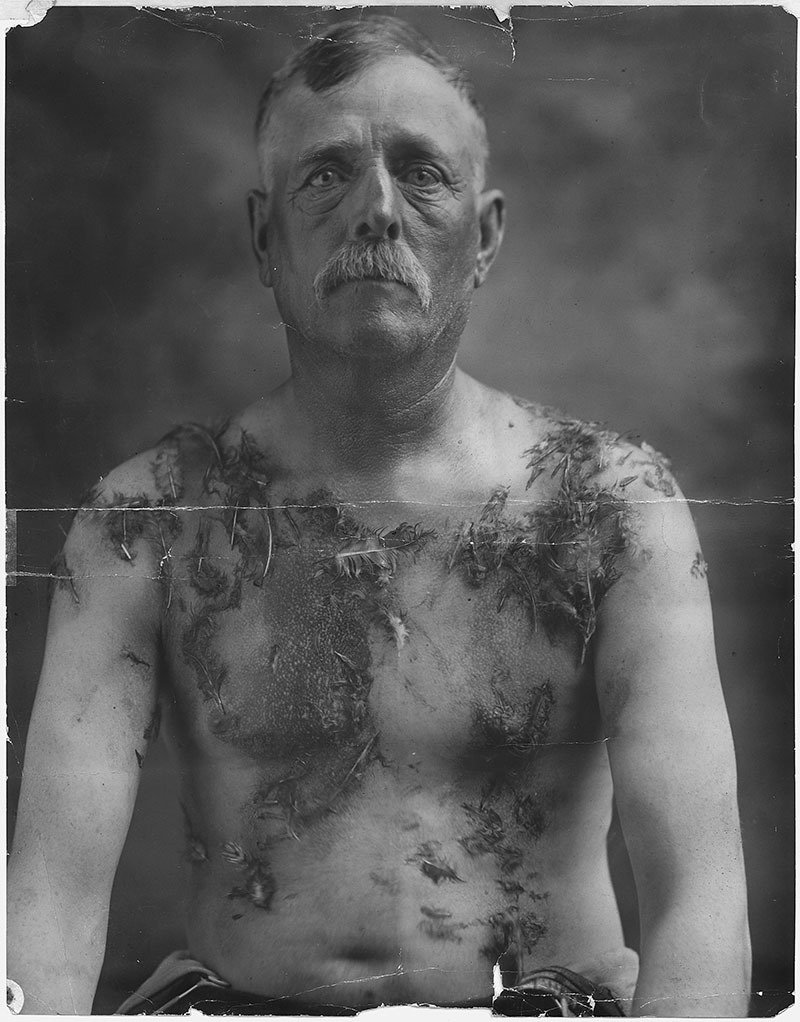 John Meints was tarred and feathered in Minnesota during World War I (c. 1917–18) for not supporting war bond drives. 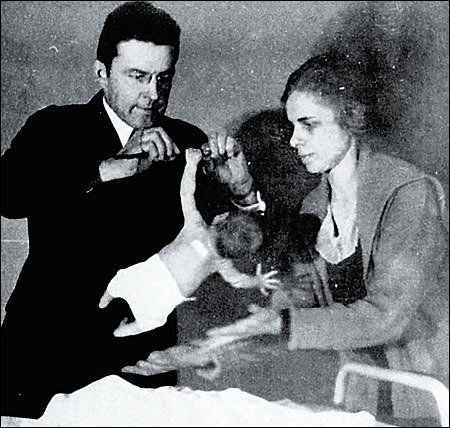 Dr John B. Watson also conducted the controversial “Little Albert experiment”. The aim of the experiment was to condition phobias into an emotionally stable child. Watson used an 8 month old baby boy for his study, knowing at the start that there would not be time to desensitize the child at the conclusion of the experiment 5 months later. Watson used a white rat, a Santa Claus mask, a dog, burning newspapers etc. “Little Albert” showed no fear on the base line introduction. Watson then introduced the same stimuli accompanied by a loud sound.

“The experiment showed that Little Albert seemed to generalize his response to furry objects so that when Watson sent a non-white rabbit into the room seventeen days after the original experiment, Albert also became distressed. He showed similar reactions when presented with a furry dog, a seal-skin coat, and even when Watson appeared in front of him wearing a Santa Claus mask with white cotton balls as his beard, although Albert did not fear everything with hair.”

Dr John B Watson was a scandalous man. He was incredibly intelligent, starting university at 16, and obtaining a master’s degree at 21. But he got arrested twice in high school. He also married a wealthy woman and then disgraced himself by having an affair with Rosalie Rayner, which made the front page of the papers. This got him fired, and forced him to work in advertising, which is basically how he got into applied psychology, and where he ended up making a ridiculous amount of money. He also didn’t believe in giving children too much love, and thought that they should be treated with emotional detachment. Compared to some of the straight-laced psychologists out there, he was a pretty wild one. 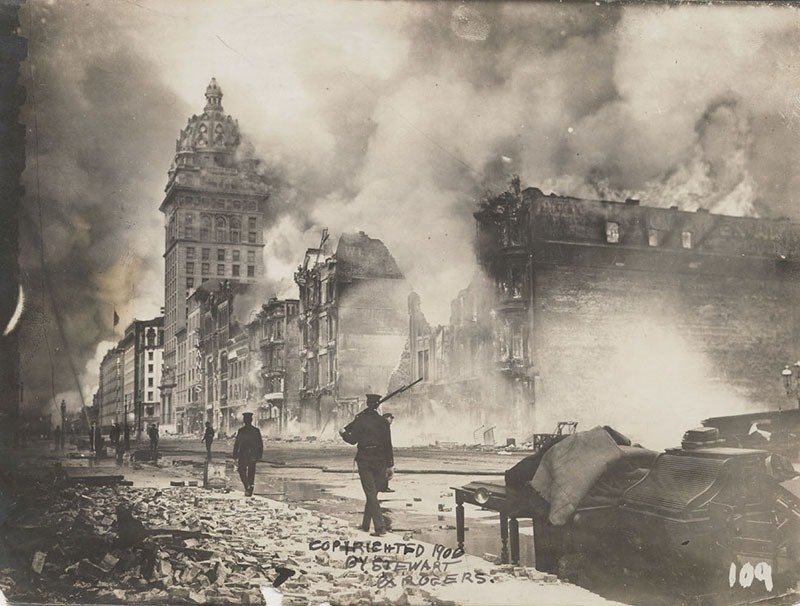 Police officers patrolling during fires following the San Francisco Earthquake in 1906. After the earthquake police were specifically told to shoot-to-kill any looters or other miscreants. 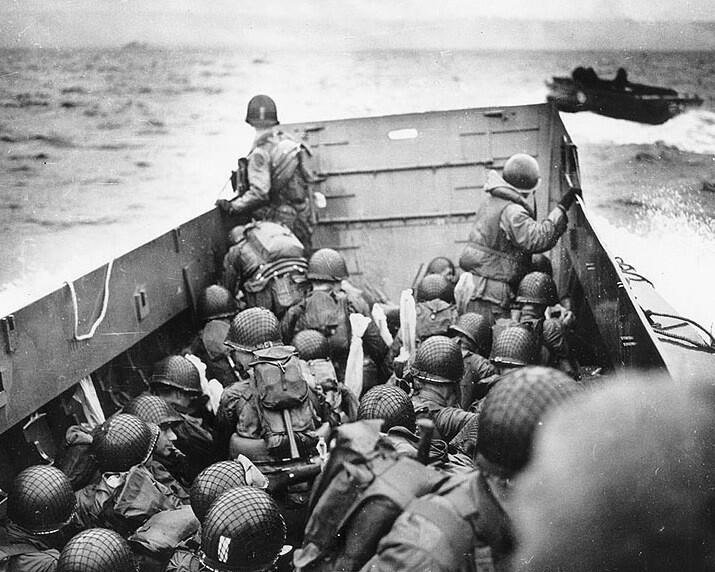 Many of them were marveling at the rockets being fired by the naval ships off of the beaches (this video is from Okinawa). This was the last barrage from the Navy intended to cover the first waves, striking the beach defenses <5 minutes before landing. It eased a lot of tension in the boats both because many had never experienced the senses-shattering sensation of being so close to such an intense rocket barrage and because many of the men thought, “there is no way anything is left on the beach after that.” Unfortunately, the rocket ships did little if any measurable damage. Most of the rockets landed in the water short of the beaches. 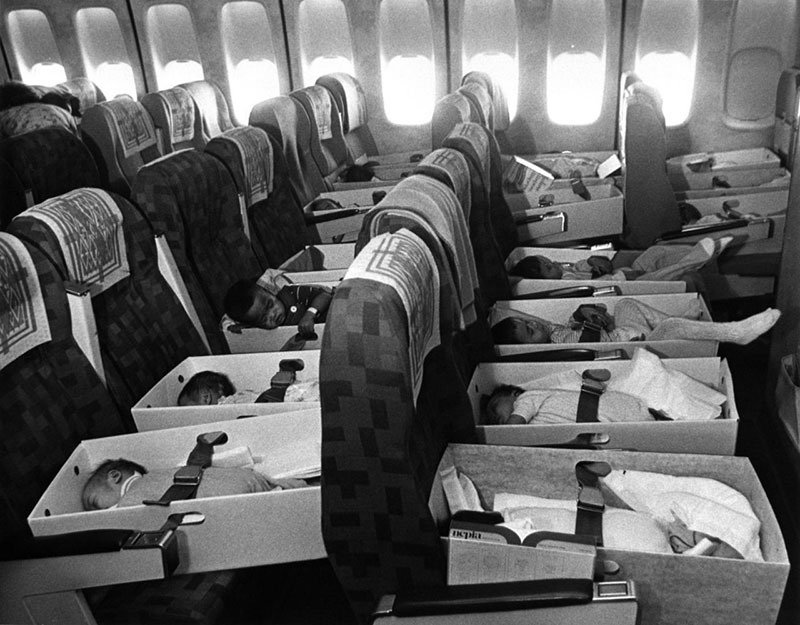 Babies are strapped into airplane seats enroute to LAX during “Operation Babylift” with airlifted orphans from Vietnam to the US. April 12, 1975.

In total there were over 30 Babylift flights, the first one of which was doomed. While a lieutenant in the spring of 1975, flight nurse Regina Aune became the first and only woman to receive the Cheney Award, recognizing an act of valor “in a humanitarian interest performed in connection with aircraft.” She did it saving orphans during “Operation Babylift.” After the crash of the first flight, unable to go on, she staggered toward an approaching officer. She managed to stand straight and said, “Sir, I request to be relieved of my duties since my injuries prevent me from carrying on.” Then she passed out. Later, at a Saigon hospital, it was discovered that, in addition to her broken foot, she had a fractured leg and a broken bone in her back. Despite her injuries she had helped carry 149 children to safety.