Here are this week’s Historical Photos. Today we are going to publish a set of Old Photos of Football Fans and teams from 1900s–1940s. 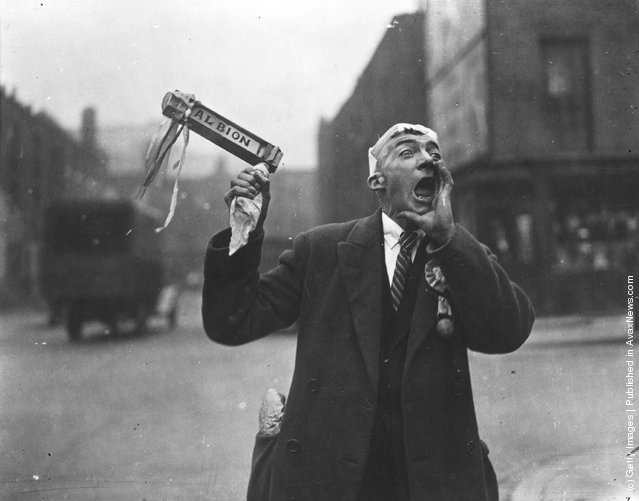 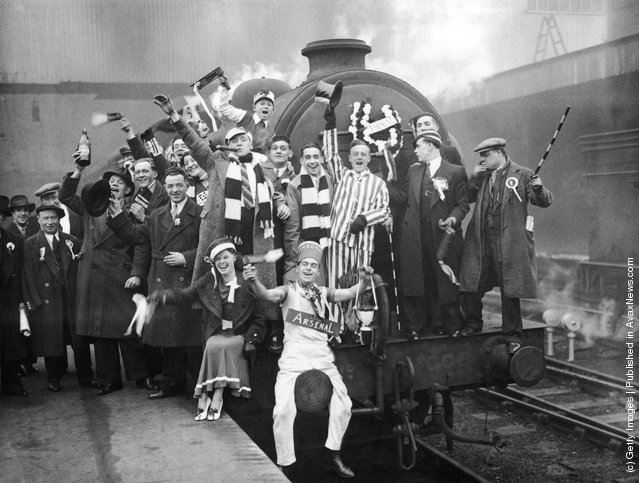 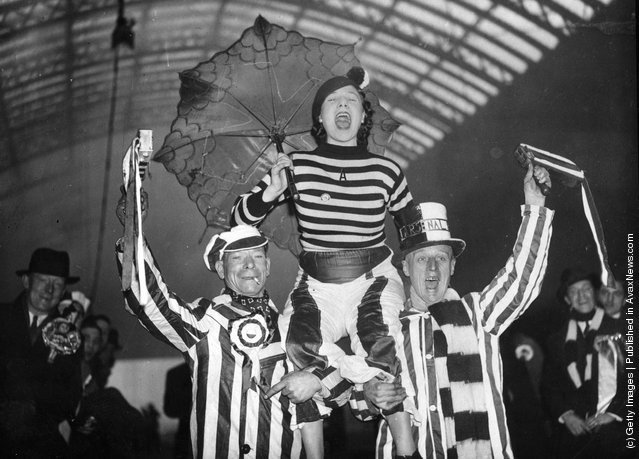 Arsenal football supporters cheering for their team at St. Pancras Station, London, as they make their way to Chesterfield. 16th January 1937. 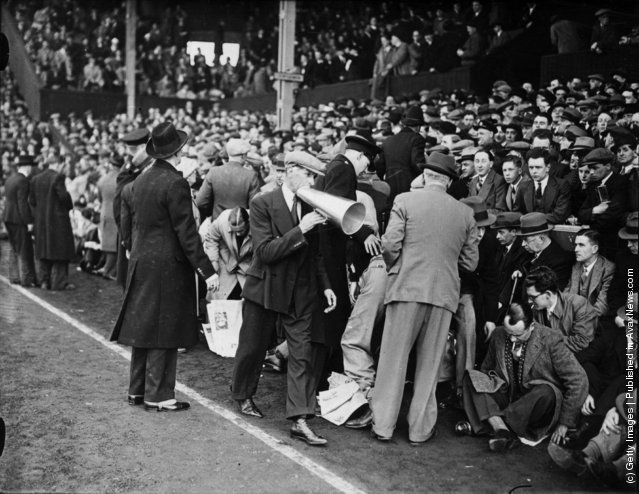 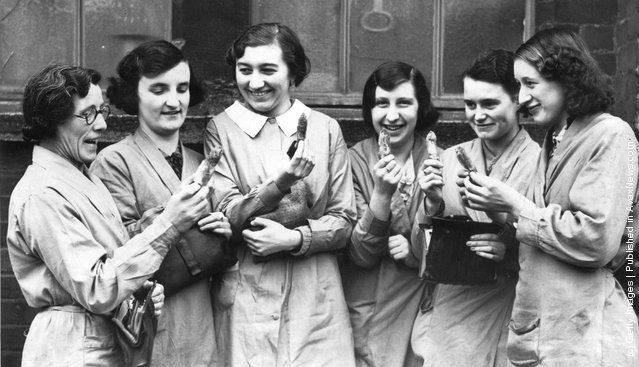 Yeovil factory workers who support Yeovil football club, with their rabbits’ feet which they hope will bring their team luck in their FA cup match against Sheffield Wednesday. 11th January 1939 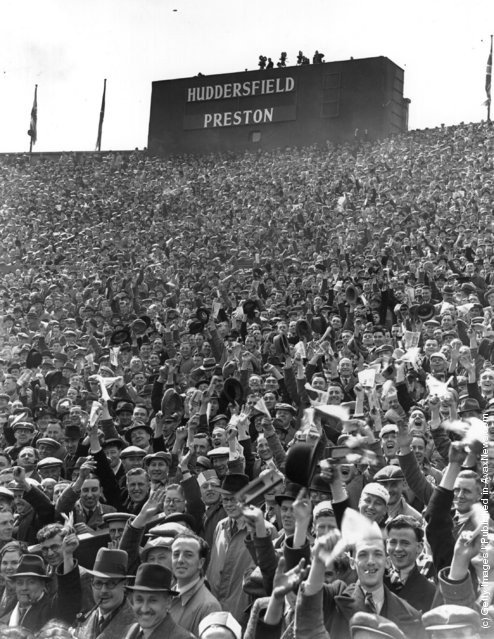 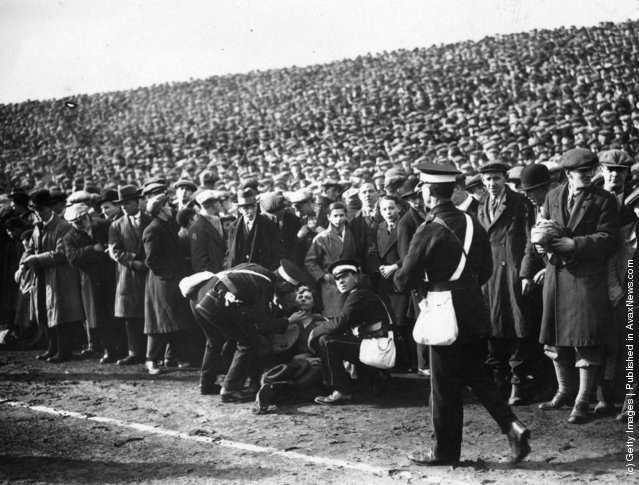 A woman who has fainted receives medical attention on the pitch sidelines during the FA Cup Semi-Final between Sheffield Wednesday and Huddersfield Town at Old Trafford. 22nd March 1930 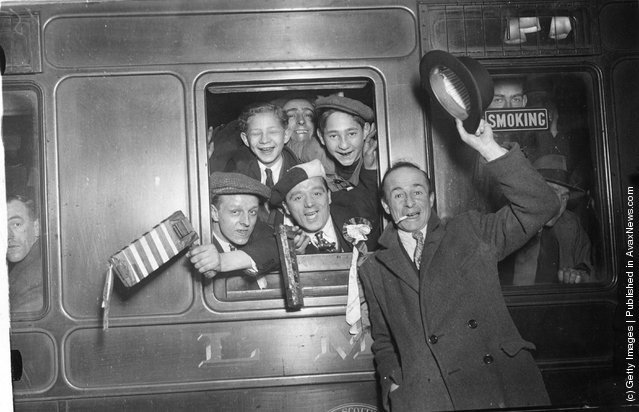 Arsenal football supporters cheering from the train carriage window as they leave Euston Station, London, on their way to Birmingham for their team’s match against Aston Villa which they lost 3-5. 19th November 1932 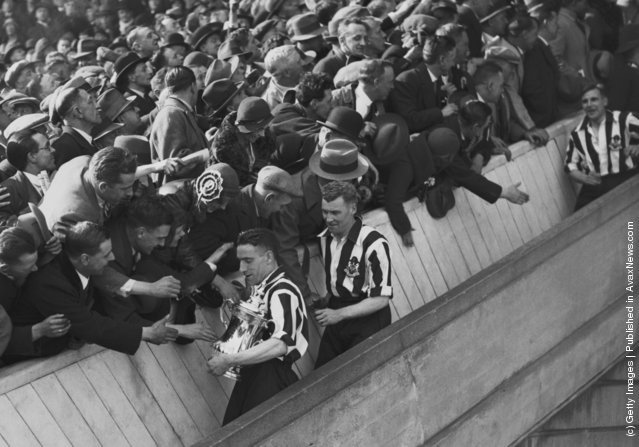 Newcastle United forward Jack Allen (1903–1957, left) is congratulated by fans after the presentation of the FA Cup trophy at the final against Arsenal at Wembley Stadium, 23rd April 1932. Newcastle won the match, beating Arsenal 2-1, with Allen scoring both goals. His first however was controversial as it resulted from a cross by Newcastle winger Jimmy Richardson after the ball had crossed the goal line. Although the referee, W. P. Harper, ruled that the ball had been in play, later photographic evidence showed that this had not been the case. 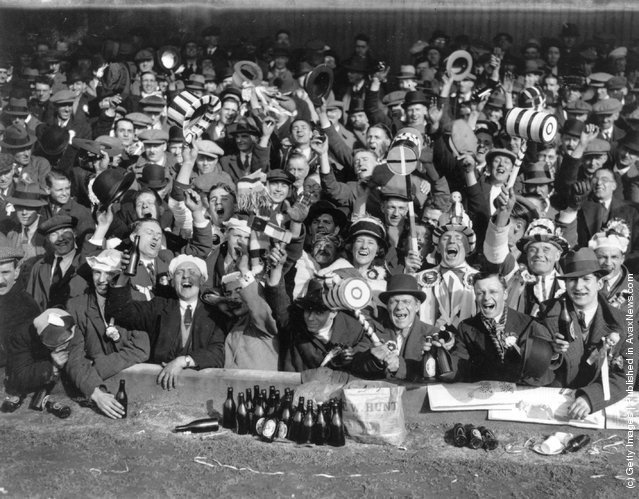 Supporters of West Ham United FC at a FA Cup semi-final match against Everton at Wolverhampton Wanderers ground, The Hawthorns. 1933