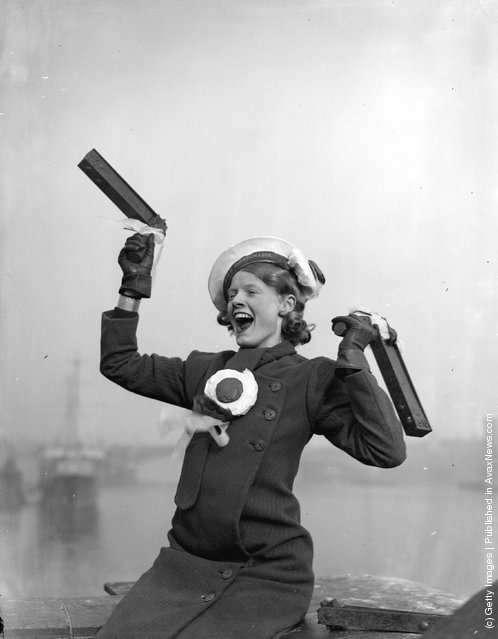 A Portsmouth football fan with a rattle in each hand cheering for her team before their FA Cup final against Manchester City, which the latter won 2-1. 28th April 1934 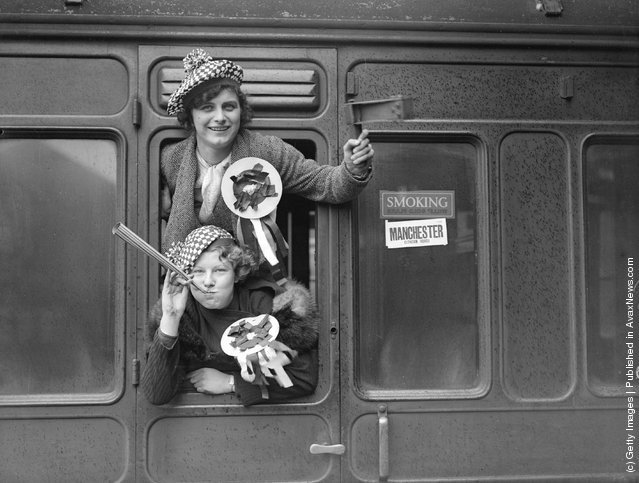 Manchester City FC fans with rattles and rosettes are in a train at Euston which is waiting to take them to White Hart Lane for a cup-tie match against Tottenham Hotspurs. 12th January 1935. 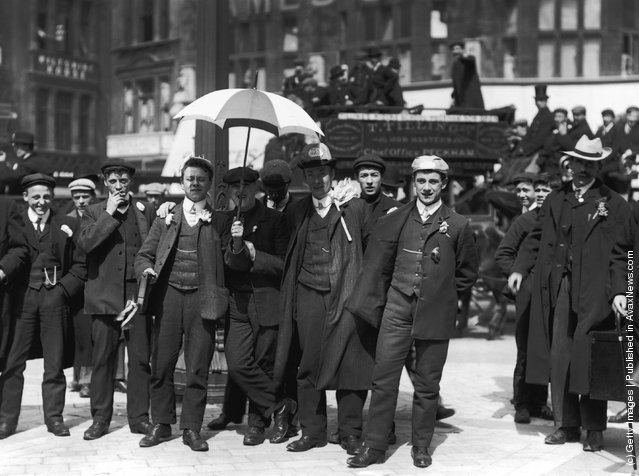 A group of Everton supporters outside St Paul’s Cathedral, London. 1906 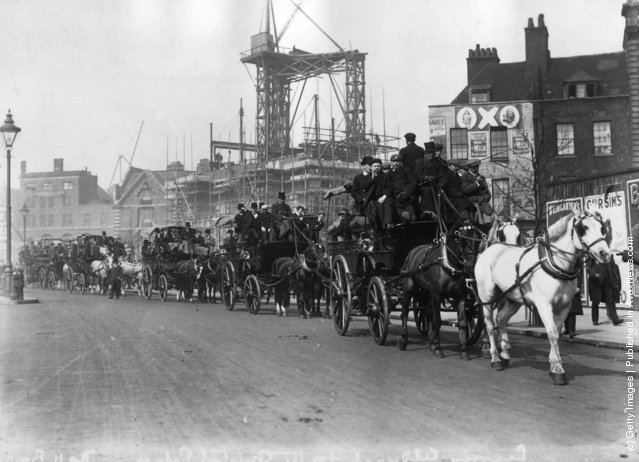 A group of Everton supporters making their way to Crystal Palace for the FA Cup final between Everton and Newcastle United, which Everton won 1-0. 1906. 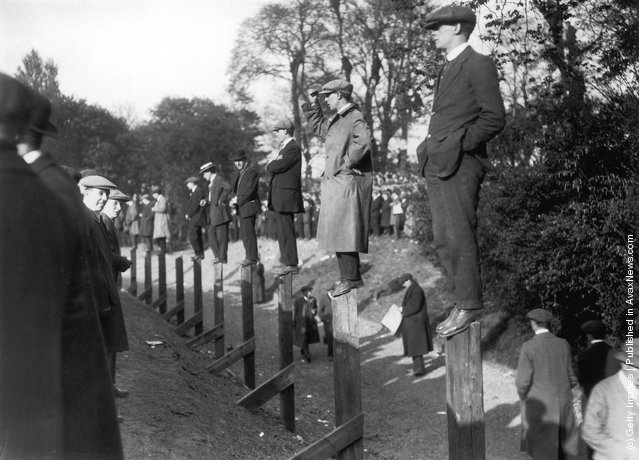 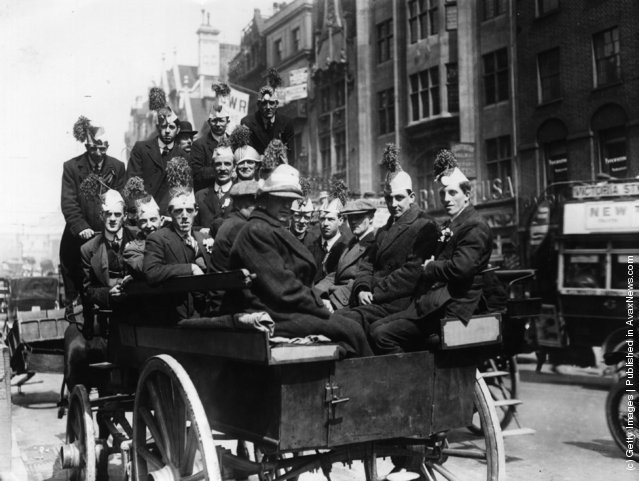 A group of Liverpool supporters on their way to Crystal Palace in the back of a horse-drawn bus for the FA Cup Final against Burnley. 1914. 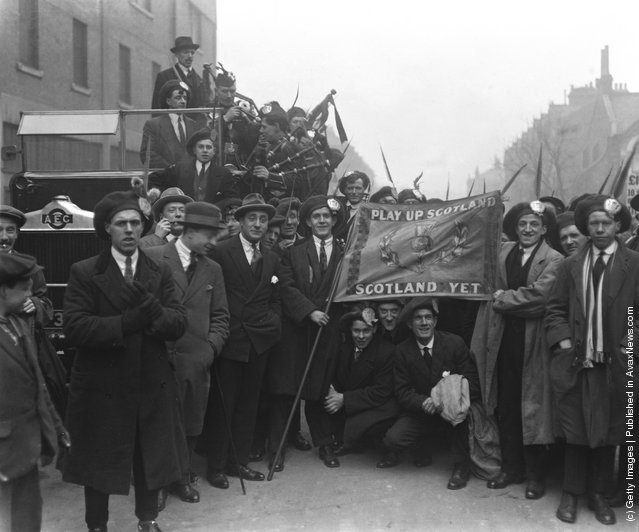 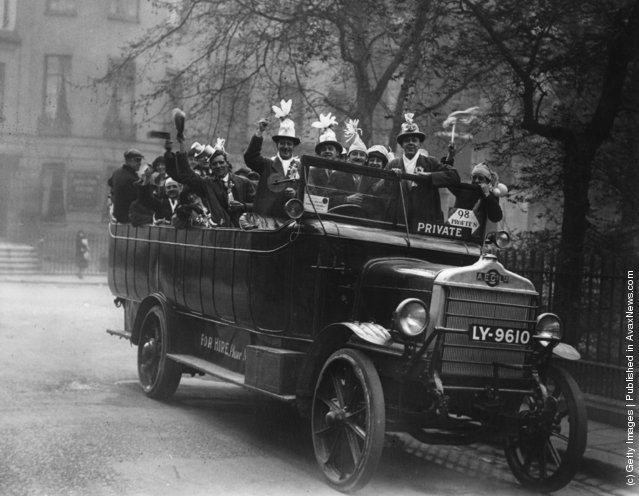 A private bus load of football fans on their way to the newly completed stadium at Wembley for the FA Cup final between West Ham United and Bolton Wanderers. 28th April 1923 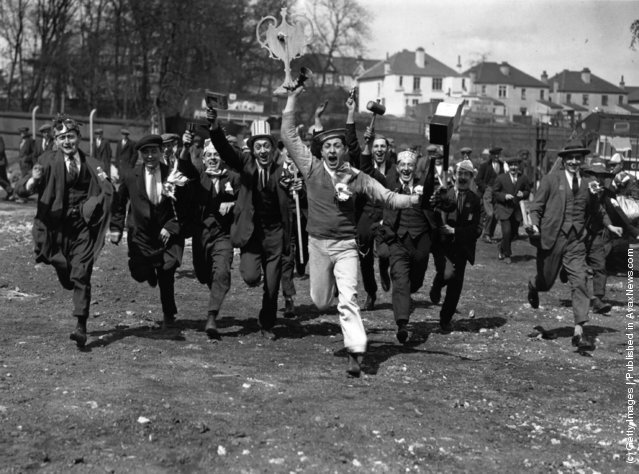 West Ham United supporters arrive at Wembley, London, for the first FA Cup Final to be held there, between West Ham and Bolton Wanderers. West Ham would lose the final 2-0. 1923 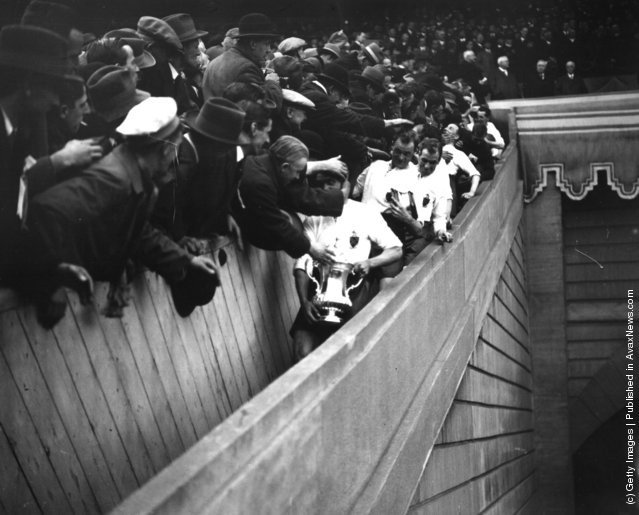 Supporters congratulating members of Bolton Wanderers FC at Wembley after their victory over Manchester City in the final of the FA Cup. April 1926