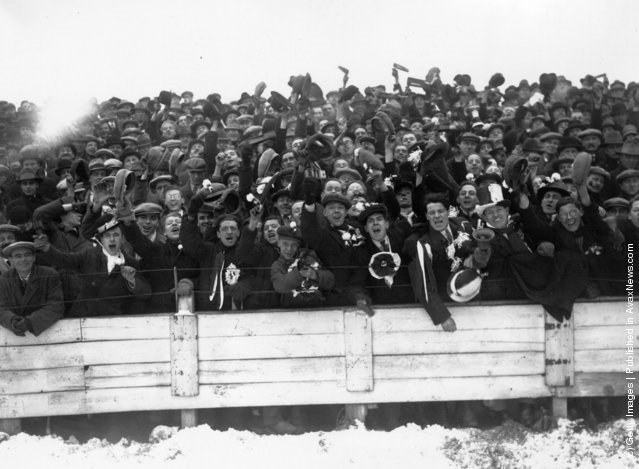 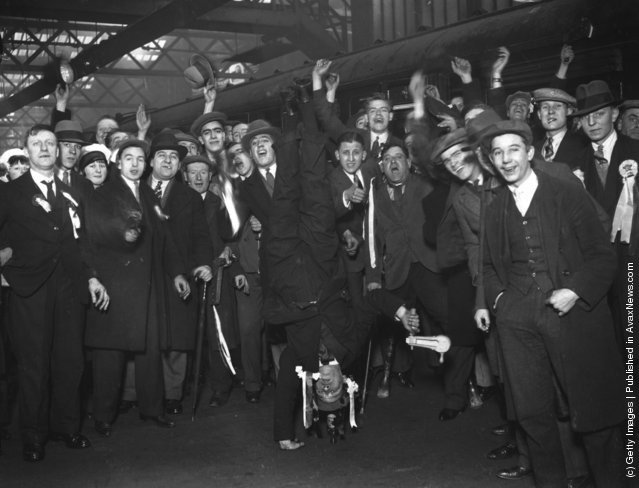 An Arsenal fan performs a one handed handstand at Euston Station to entertain his fellow supporters on their way to Birmingham for the FA Cup replay, 29th January 1930. 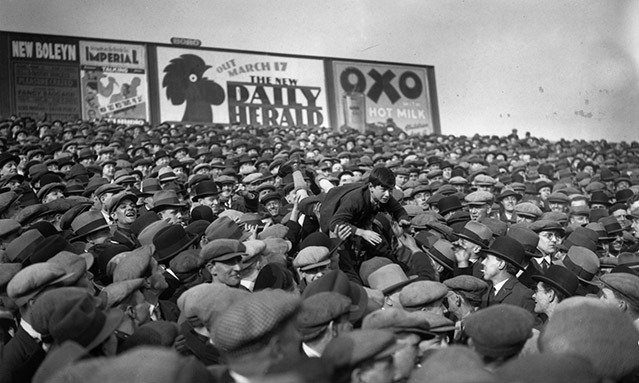 A good tempered football crowd at West Ham, London pass a young boy over their heads to the front so that he can see the game better, 1st March 1930. 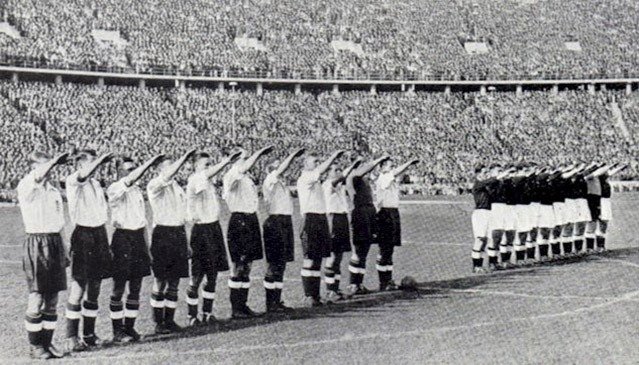 English national football team performing the Nazi salute before their game against Germany. 1938. 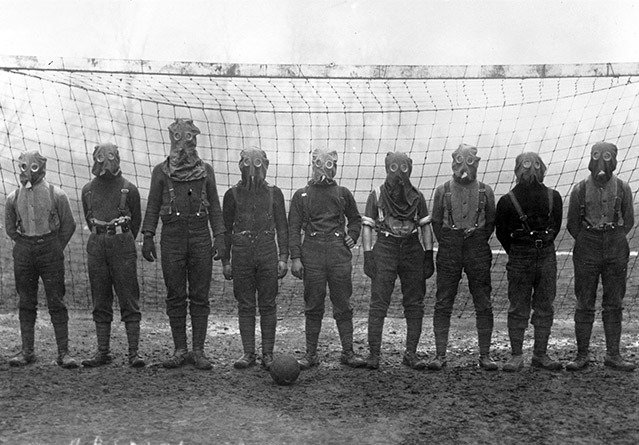