Yesterday we posted part 42 of Historical Photos series and many of you guys weren’t really happy with the set of photos we shared. Here is to hoping you guys might like these set of photos. Enjoy. 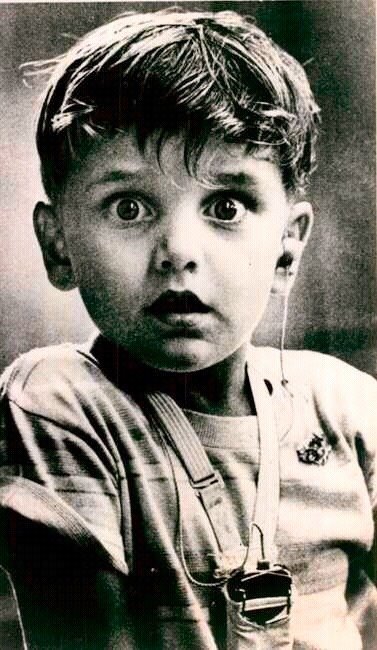 The exact moment 5-year-old Harold Whittles hears for the very first time after doctors place an aid in his left ear. Circa. 1979.

Sadly this was probably not an “Eureka!” moment in the happy kind of way. He looks more terrified than being in awe.

If it’s anything like cochlear implants there’s a broad misconception that people get the implants and are just able to hear normally. However, this is not the case. Instead, the sounds they hear are often metallic and grating with much lower clarity and resolution than normal hearing. Here is a simulation of what cochlear implant users hear. Some users even opt to return to being deaf or refuse implants in the first place for many different reasons, some of which are 1) being deaf often makes you part of a community and you have now alienated yourself from by choosing to get implants 2) you may have developed skills and other heightened senses from being deaf for any period of time that do a decent job replacing hearing, and frankly trying to listen through those things 16 hours a day is exhausting. 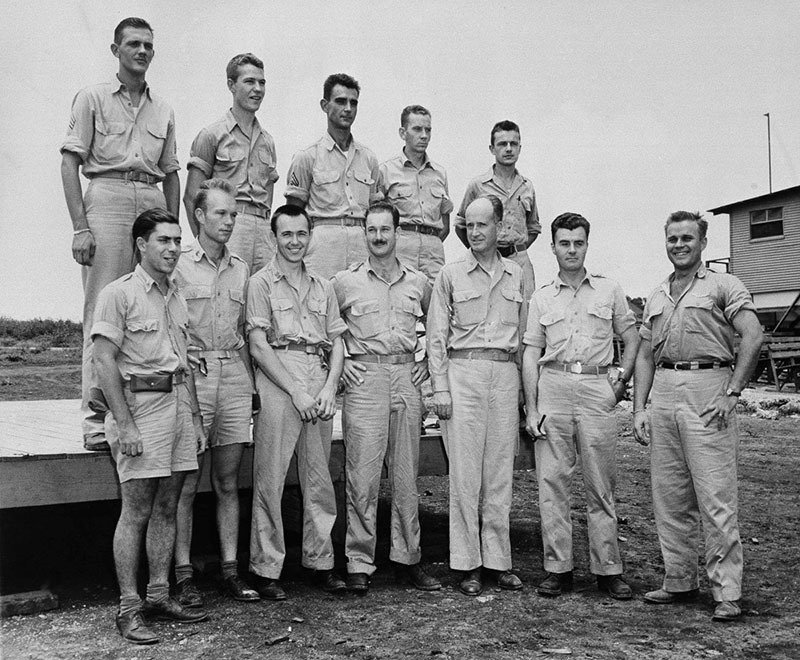 The crew of the Enola Gay after dropping the atomic bomb on Hiroshima (1945).

Here is a collection of thumbnail portraits accompanied by outlines concerning what each crew member did on that August day in 1945, and what these me had been doing during the fifteen years that followed. 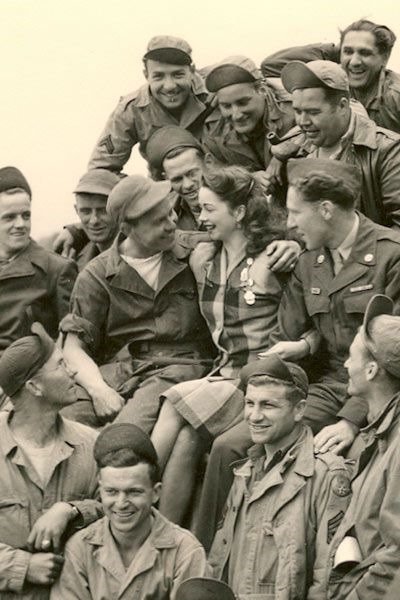 Margie Stewart went from being a student at Indiana University to becoming one of the most famous pin-up girls of World War 2. Margie Stewart’s career as a World War II pin-up girl took off in the mid-1940s after she appeared in her first movie, “Bombardier.” She posed in a series of publicity stills. From one of her interviews:

“During my trip to Europe, I also met and fell in love with Capt. Jerry Johnson, who was assigned to take charge of my touring itinerary and accompanied me wherever I went. We were married by the mayor of Paris in his office on July 7, and again by an Army chaplain in the American Church of Paris, which we were told was necessary to make it legal. In 1946, when our son Stephen was born, I retired from my acting and pin-up girl career to take care of him.” 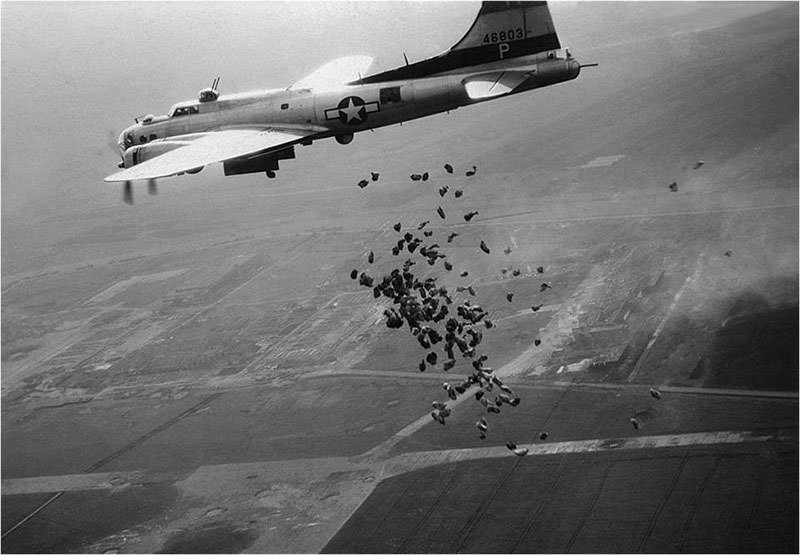 American B17 Drops food over Schiphol Airport in Amsterdam during operation Chow Hound, 1945.

Operation Chowhound were humanitarian food drops, carried out to relieve a famine in German-occupied Netherlands, and undertaken by Allied bomber crews, during the final days of World War II in Europe. The food dropped was tinned, dried, and chocolate. The bombers flew very low to the ground and at low speed to drop food.

For those interested or wondering, this particular aircraft was apart of the 562nd Squadron of the 388th Bomb Group based out of Knettishall England. This airframe would later be scrapped for metal on December 18, 1945 at Walnut Ridge, Arkansas. The photo was taken on either May 1, 2, 3, 5, 6, or 7 of 1945. These supply missions represent the last group operations of the 388th Bomb Group’s 304 wartime missions. 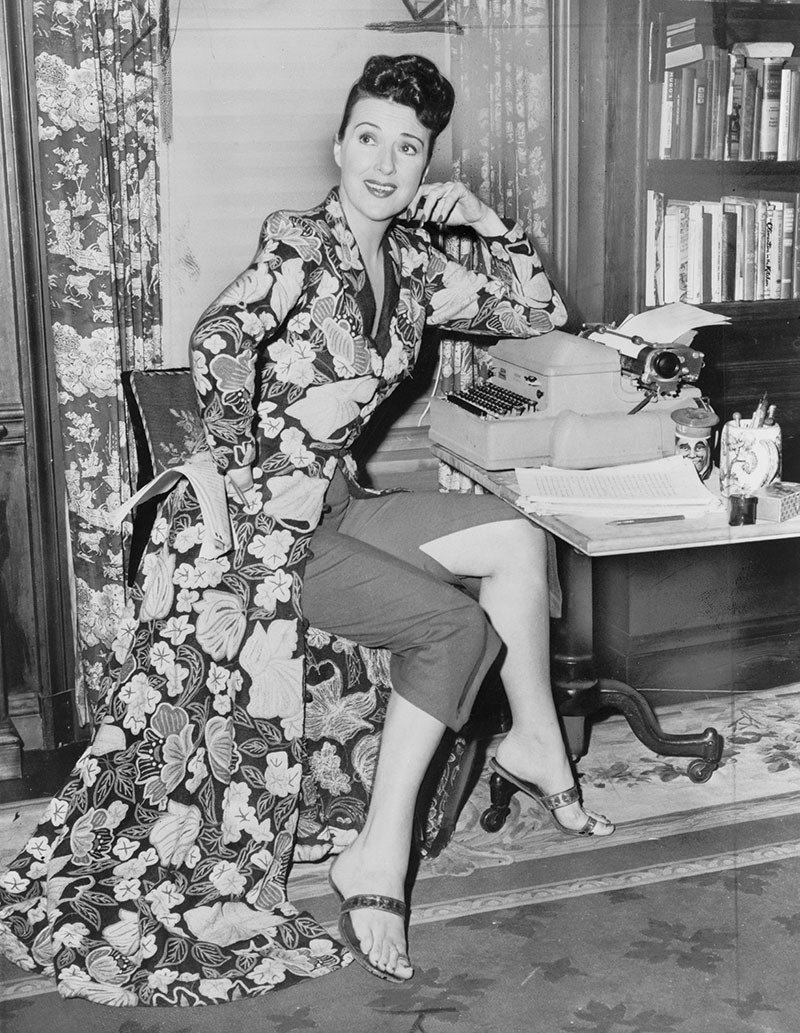 Gypsy Rose Lee was an American burlesque entertainer famous for her striptease act. She was also an actress, author, and playwright whose 1957 memoir was made into the stage musical and film Gypsy. 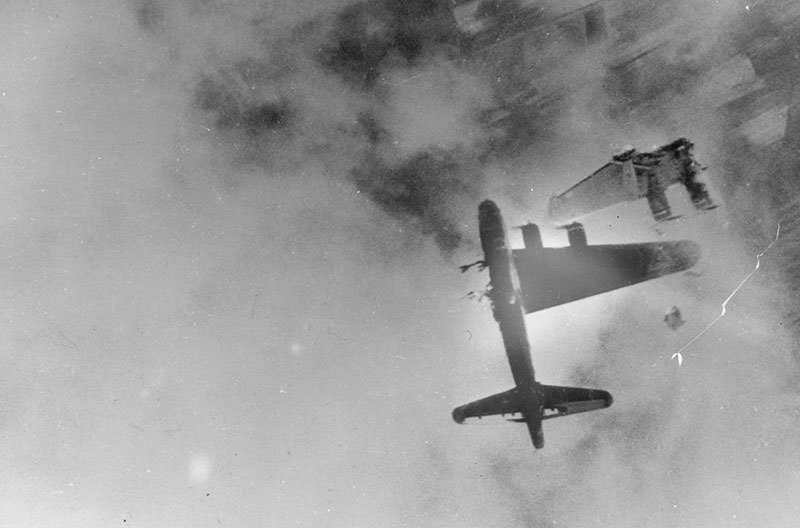 B-17G ‘Wee Willie’ shot down in a sortie over a marshaling yard in Stendal, Germany. Of the crew of 9 only the pilot survived. April 8 1945.

“We were flying over the target at 20,500 feet [6,248 meters] altitude when I observed aircraft B-17G, 42-31333 to receive a direct flak hit approximately between the bomb bay and #2 engine. The aircraft immediately started into a vertical dive. The fuselage was on fire and when it had dropped approximately 5,000 feet [1,524 meters] the left wing fell off. It continued down and when the fuselage was about 3,000 feet [914.4 meters] from the ground it exploded and then exploded again when it hit the ground. I saw no crew member leave the aircraft or parachutes open.”

The pilot managed to escape and spend the rest of the war as POW. 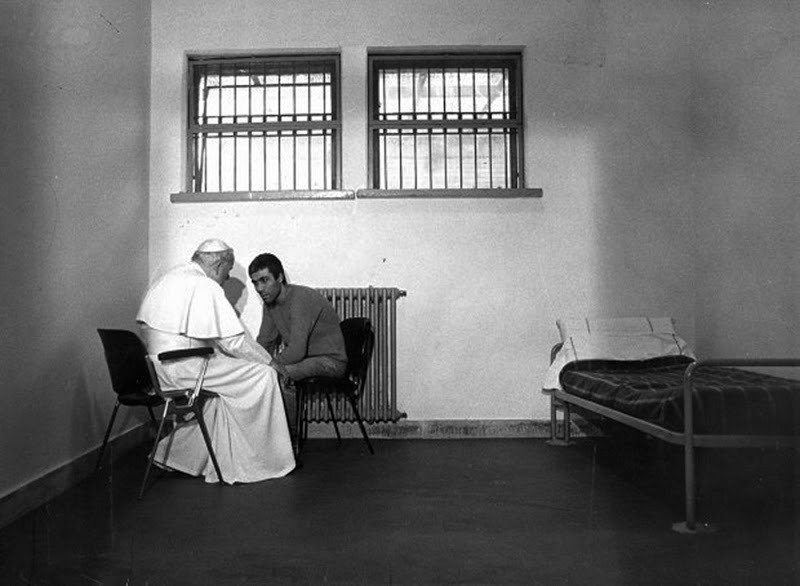 Pope John Paul II meets with Mehmet Agca, the man who attempted to assassinate him, 1983.

On Wednesday, May 13, 1981, Mehmet Ali Agca pulled a gun and shot Pope John Paul II during a procession in St. Peter’s Square, Vatican City, Italy. Though critically wounded, the Pope survived four gunshot wounds to his abdomen. Following the shooting, Pope John Paul II asked people to “pray for my brother…whom I have sincerely forgiven”.

In 1983, Pope John Paul II and Agca met and spoke privately at the prison where Agca was being held. The Pope brought the photographer and the cameramen because he wanted the image in that cell to be shown around a world filled with unforgiving hatreds. For 21 minutes, the two men seated themselves, close together, on molded-plastic chairs in a corner of the cell, out of earshot.

As John Paul rose to leave, the two men shook hands. The Pope gave Agca a small gift in a white box, a rosary in silver and mother-of-pearl. The Pope walked out. Agca was left standing alone, and the camera recorded a sudden look of uncertainty on his face. Perhaps he was thinking about the prospect of spending the rest of his life in jail for attempting to kill a man he did not know, a man who now came to him as a friend.

Agca was sentenced, in July 1981, to life imprisonment in Italy for the assassination attempt, but was pardoned by president Carlo Azeglio Ciampi in June 2000 at the Pope’s request. He was then extradited to Turkey, where he was imprisoned for the 1979 murder of left-wing journalist Abdi İpekçi and two bank raids carried out in the 1970s. Despite a plea for early release in November 2004, a Turkish court announced that he would not be eligible for release until 2010. Nonetheless he was released on parole on 12 January 2006. However, on 20 January 2006, the Turkish Supreme Court ruled that his time served in Italy could not be deducted from his Turkish sentence and he was returned to jail. Ağca was released from prison on 18 January 2010, after almost 29 years behind bars. 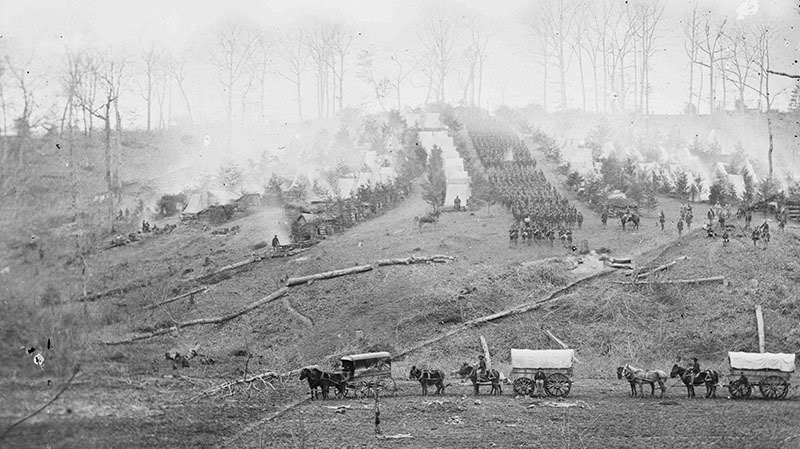 In it you will notice saplings next to tents. During the long, boring months when armies were in winter quarters, efforts were often made to enhance the aesthetic landscape of the camps by laying out streets, organizing neat rows of cabins or tents, and even planting trees. Occasionally, they were also planted for shade. Cedar trees were preferable for their fragrance as well as building and bedding materials.

It is worth noting this unit was at Chancellorsville but did not see combat. They saw first action in July 1863 at Gettysburg. 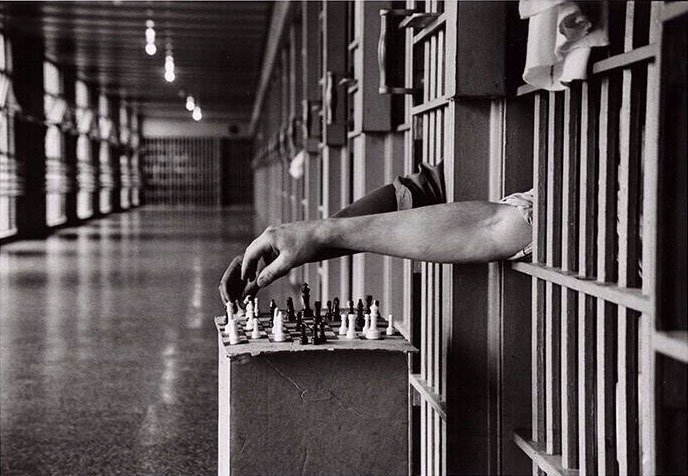 Inmates playing chess from their prison cells, by Cornell Capa, 1972. 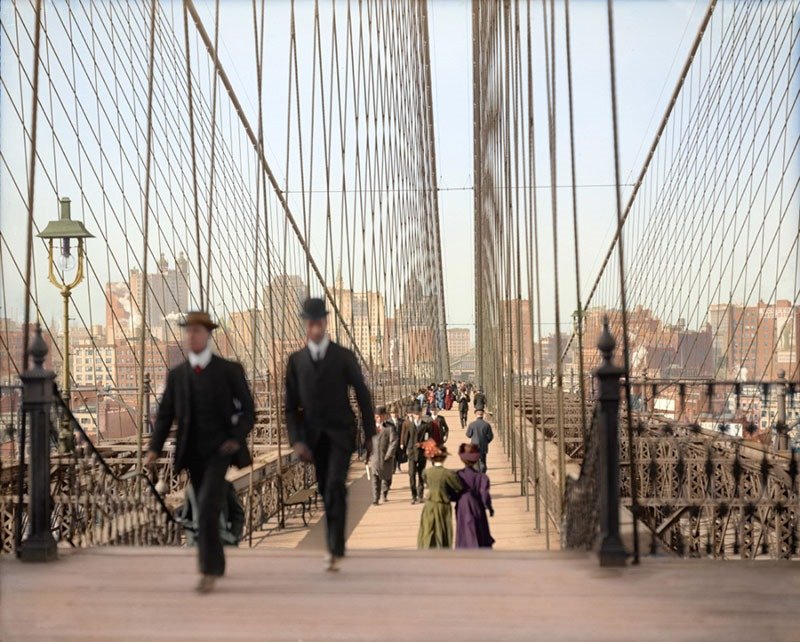