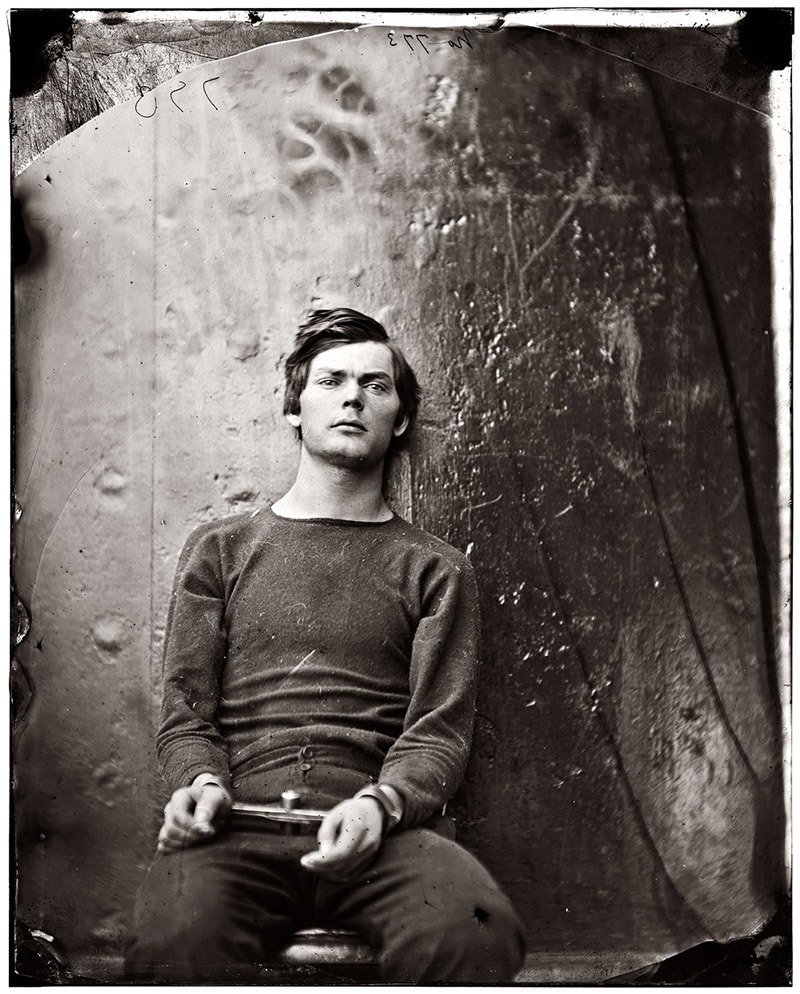 Lewis Powell, one of the Lincoln assassination conspirators, awaiting his execution, 1865.

He was actually very fit and muscular, but this turned out to be his misfortune. He was one of four condemned to die by hanging for conspiracy to assassinate Lincoln. When hanged, all four dropped about 4 feet (pursuant to calculation for each based on body weight). The other three had their necks broken, but Powell’s neck muscles were strong enough to withstand the drop. As a consequence, he was strangled to death. 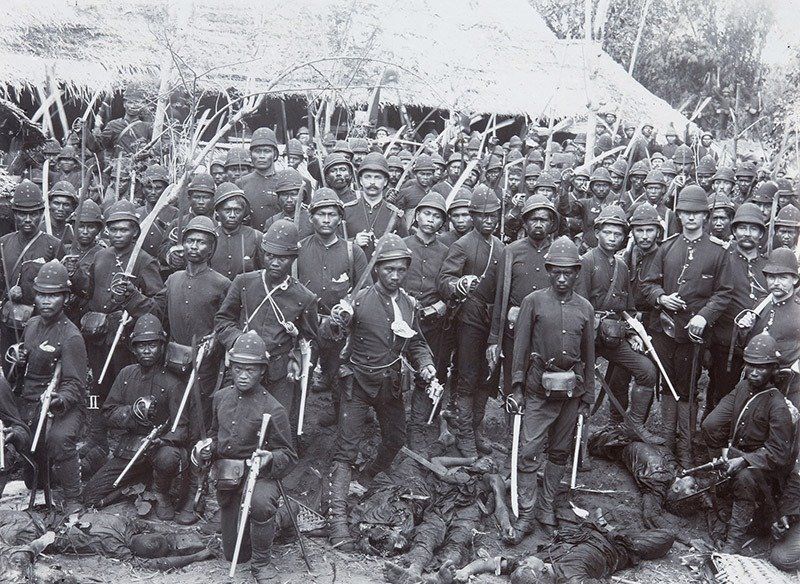 Dutch and Indonesian colonial troops stand over the bodies of their enemies, 1897.

According to this well-documented source, the picture was taken during the operation against Sigli as part of the Aceh war. The picture shows the Benteng (fortress) of Kota Sukun. The fortress was stormed by Dutch colonial troops (14th battalion Marechaussee) . The resulting melee left 53 Aceh warriors dead. The Dutch troops had several wounded but no dead. The picture was taken 10 minutes after the fight. 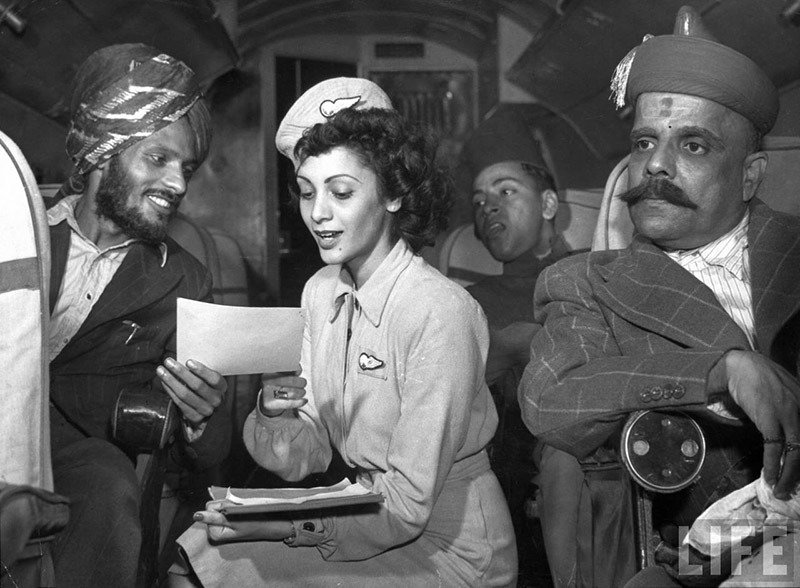 Air India flight attendant aiding a passenger on a Delhi-Bombay flight in 1946. 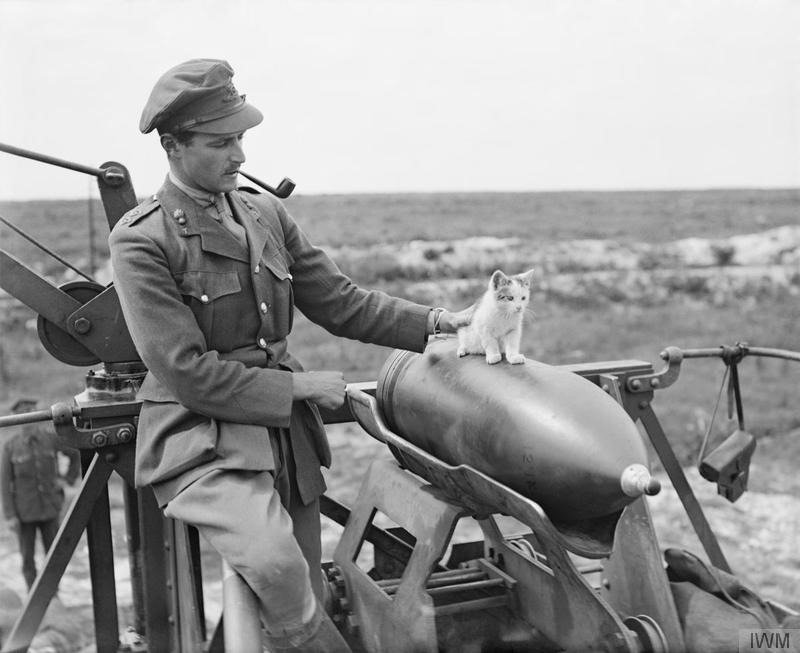 An officer of the 444th Siege Battery, Royal Garrison Artillery, smokes a pipe as he supervises a kitten balancing on a 12” gun shell near Arras, 19th July 1918. 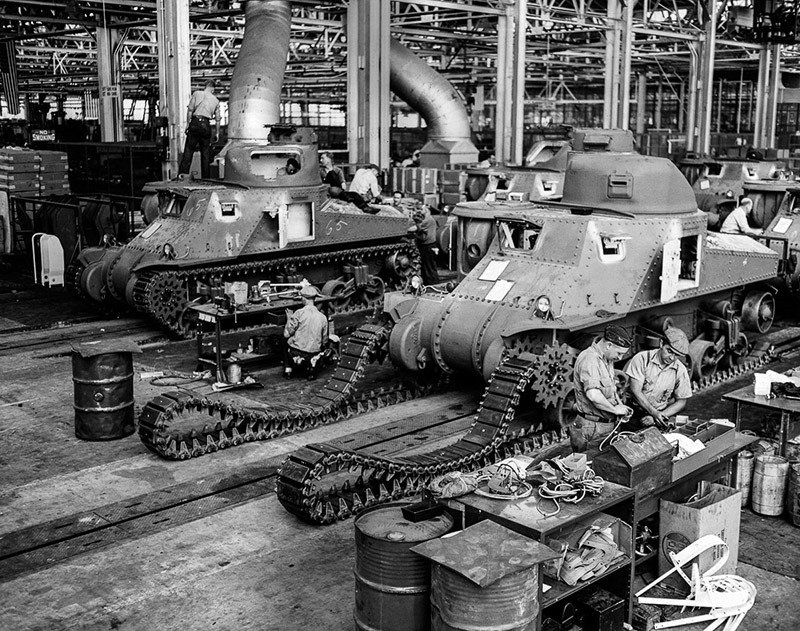 This was definitely one of the strangest American tanks ever built, next to the Starship. It was designed for multiple roles and was mediocre at all of them. The most powerful gun was locked facing forward and very low to the ground. If you needed to use it, you needed to expose the entire tank. That 75mm monster could destroy bunkers and enemy tanks, but at a great risk.

The turret had a comparatively weak 37mm, good for taking out soft targets, but would be useless against most armor. Then you had a .50 – or 30-06, depending on variant, and apparently depending on source – on a small turret on top of that. Which would take up more space, especially considering how they needed to store ammo. This all comes together to be a tower of a tank with a very easy to hit profile.

Though ungainly and all that, the M3 served well in North Africa and later in the Far East. It was reliable and could put out a lot of firepower. As an interim step, it was far from a failure and perhaps more important, it proved many of the mechanical components of the M4 series that went on to be a real war winner. 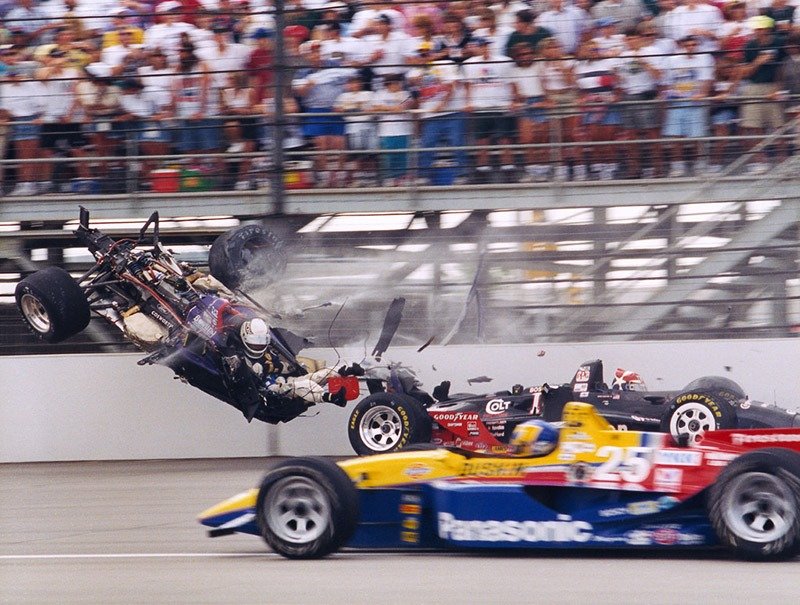 This is the accident of Stan Fox in the 1995 Indy 500 on the first lap of the race. As can be seen, the car he was driving was ripped to shreds. Fox suffered severe head injuries, but miraculously he suffered no major injury to his exposed limbs and he recovered from the accident after a few months. Obviously, it ended his racing career.

Fox stayed involved in racing by creating an organization that supported those who suffered head injuries. Fox, though, would only live ~5 more years after the accident, as he was involved in a road accident on the Desert Road in New Zealand that took his life at the age of 48 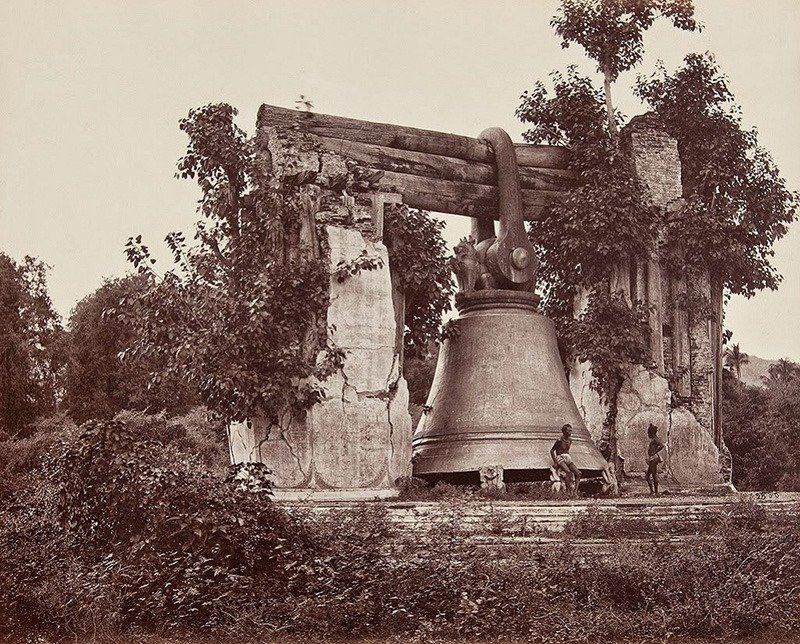 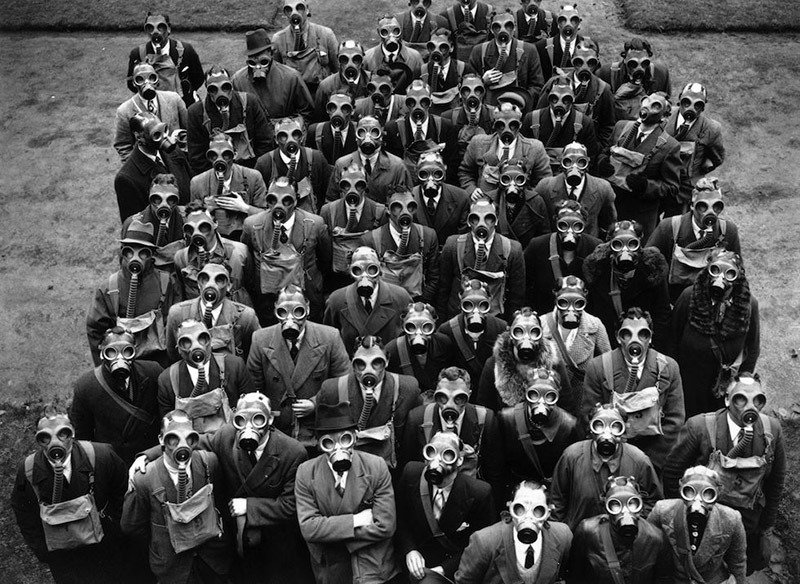 A group of postal workers familiarise themselves with gas masks at the Eastwood Park civilian anti-gas school, Falfield, Gloucestershire. England, 1937.

Eastwood Park was the location of the “Civilian Anti Gas School” at which civilians were trained in the proper use of gas masks. The school was opened in 1936 and by 1937 over 1000 Civil Defense Volunteers had been trained as anti-gas instructors. The plan was to have these instructors provide training to their local areas rather than requiring all civilians to attend the training at Eastwood Park.

After civilians completed the local anti-gas training they would have the opportunity then be tested in a “gas van” or “Mobile Gas Chamber” operated by local authorities. The testing agent used in these gas vans/chambers was mace or chloroacetophenone. While this testing was optional for adult civilians, it was often mandatory for children. The children would receive instruction and be subjected to the gas van/chamber test while at school. 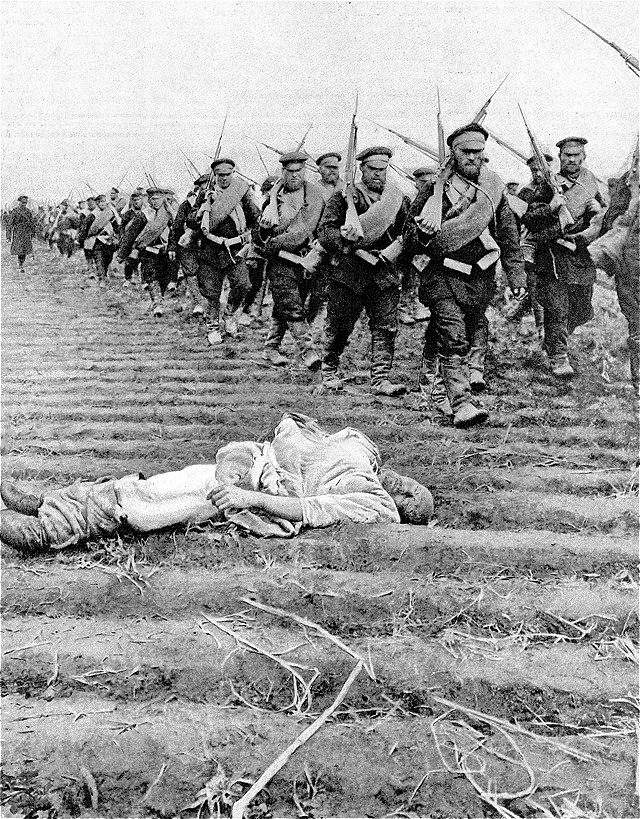 Soldiers of the 1st Russian army marching in Manchuria during the Russo-Japanese War. January 1905. 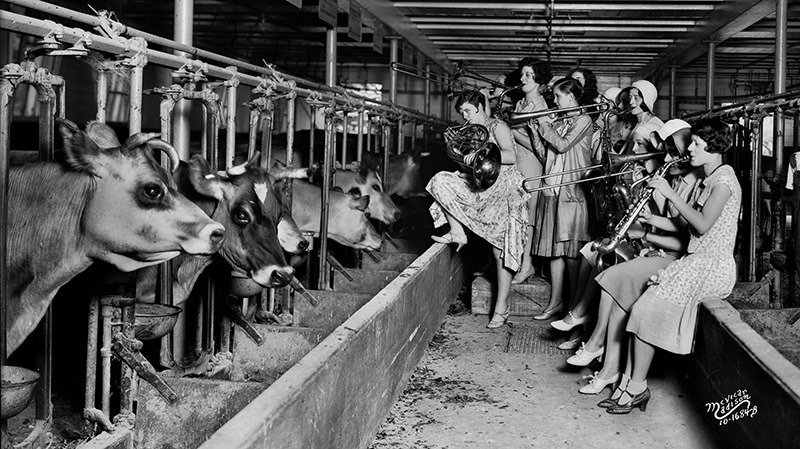 The Ingenues, an all-girl band and vaudeville act, serenade the cows in the University of Wisconsin, part of an experiment to see whether the soothing strains of music boosted the cows’ milk production (1930).