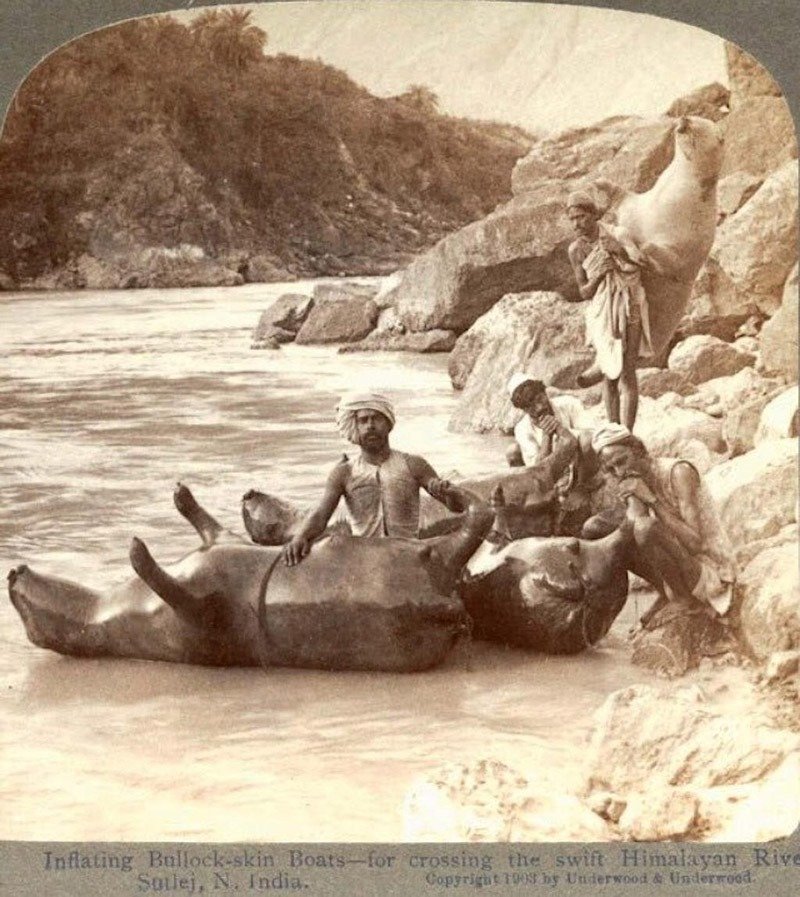 Photograph of inflated bullock skin boat, or dreas, at the side of the river Sutlej, in Himachal Pradesh, India, taken by James Ricalton in c. 1903, from The Underwood Travel Library: Stereoscopic Views of India. This image is described by Ricalton in ‘India Through the Stereoscope’ (1907): “I have crossed the river several times on these inflated bullock-skins…The drea-man, after inflating the skin as you see them doing here, places it on the water and places himself on his stomach athwart the skin with his feet in the water; he holds a short paddle in his hands. The intending passenger sits erect, astride the drea-man…You have observed how the skin for this purpose is taken from the animal in one piece and how all openings in the skin are closed except in one leg which is kept open for inflation…These drea-wallahs can drive the skins across the river during high floods when the best swimmer would be helpless in the powerful current.”

This is a technique which has been used around the world for centuries. Here is a Babylonian relief showing the same thing along the Tigris/Euphrates. The first bridges across the Tigris, Euphrates, or even Nile were not built until the 19th/20th century, because of periodic flooding. Here is another relief showing men topping the air by blowing into them. This technique is still used in China. 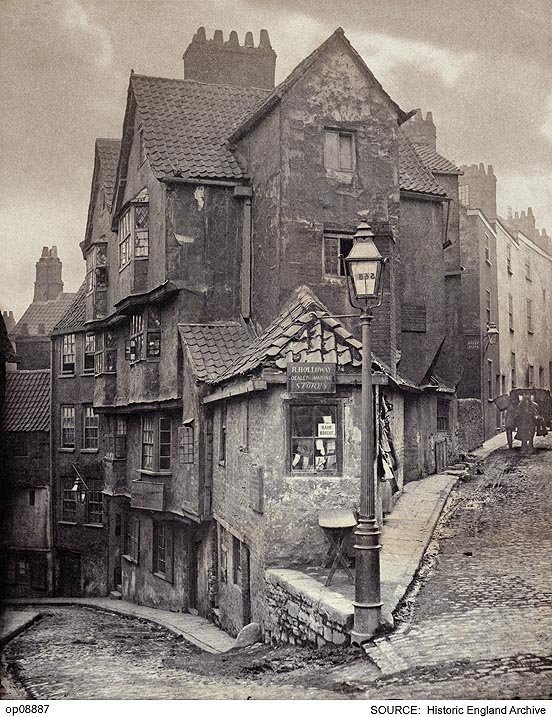 The junction of Steep Street and Trenchard Street, Bristol, England 1866.

“R Holloway Dealer in Marine Stores” Locals would have called this a “rag and bone shop”. Now that means a second hand shop, but in these days it literally meant rags and bone. “Derived from the Victorian practice of literally collecting rags and bones from households for resale.”. See also: Rag and bone man.

Bones could be used as knife handles, toys and ornaments, and when treated, for chemistry. The grease extracted from them was also useful for soap-making. Here is a knife with bone handle in London

This view was recorded five years before Steep Street, curving away to the left, was demolished and replaced by a realigned road, Colston Street. Steep Street existed in the medieval period when it was the main road from the centre of Bristol to Gloucester. This photograph was published in 1891 as a nostalgic view by Bristol art publishers and print sellers Frost & Reed. A limited run of 100 prints was produced and the negative destroyed. 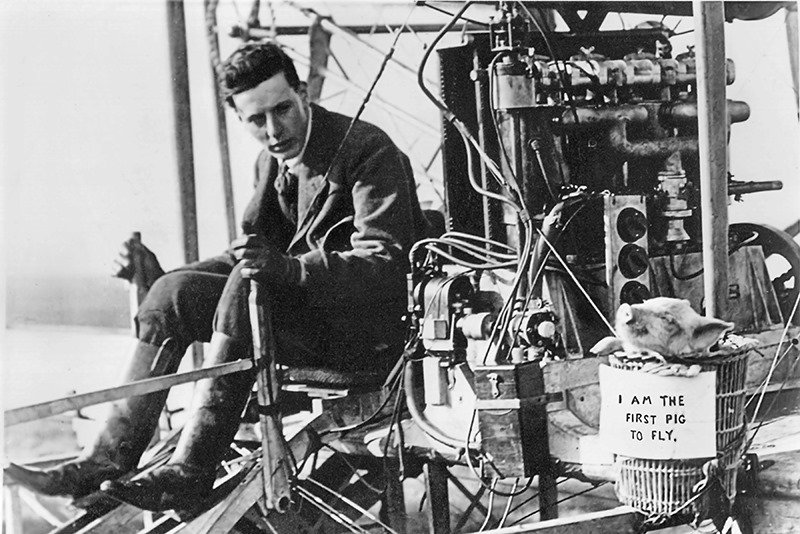 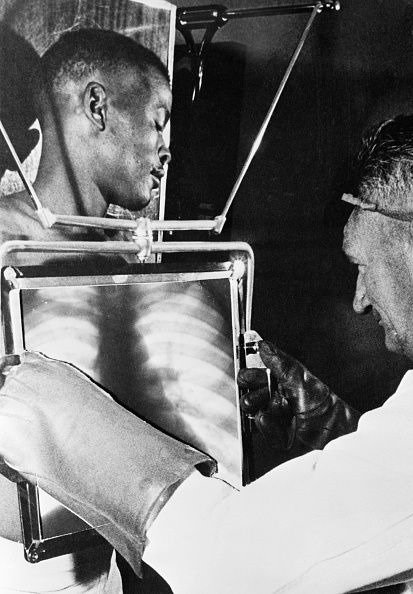 De Beer mine workers are X-rayed at the end of every shift before leaving the diamond mines. Kimberly, South Africa. 1954.

‘Miners wedge diamonds behind sweatbands, tap them into ears, and insert them in other orifices. At one De Beers mine, security guards caught a thief only because he’d inserted so many gems into his rectum that he was waddling.’

‘In one scheme workers smuggle trussed homing pigeons out to the mining areas in lunch boxes. They fit the birds with harnesses, load them with rough, and set them free. Sometimes the thieves are too ambitious. Security officials at Namdeb caught one thief when they found his pigeon dragging itself along the ground, its harness loaded beyond takeoff capacity’

‘Another time a thief smuggled in the pieces of a crossbow, later sending a volley of hollow bolts freighted with diamonds arcing over the fence, for retrieval by a confederate. This scheme ended when an unlucky shot fell to earth in front of a security jeep. Diamonds are dropped into the gas tanks of machinery leaving the beach, and inserted into razor cuts in tires; collaborators remove them later.’ 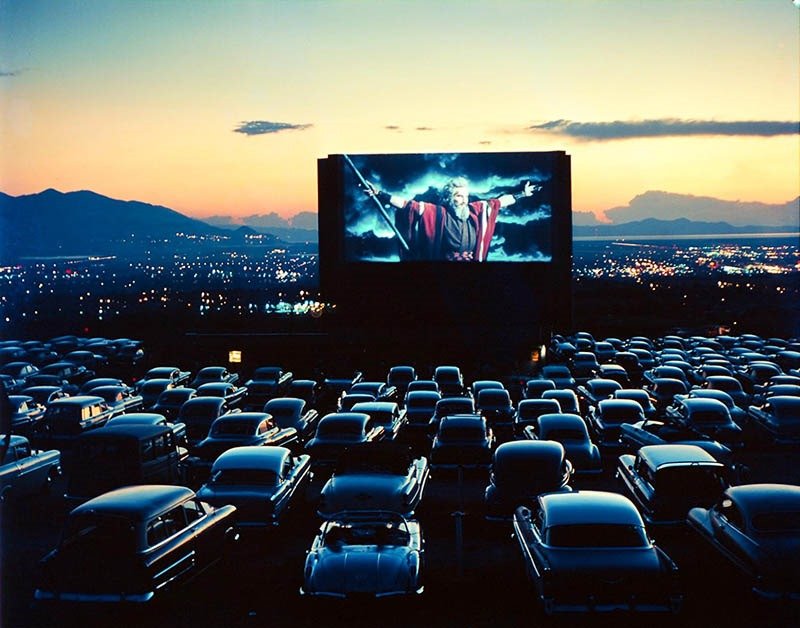 This photo was taken but not used for a LIFE article on American entertainment. It appears to be at sunset while movie goers are watching Charlton Heston as Moses in The Ten Commandments. Not only was the movie released two years earlier in 1956 but movies aren’t shown until after dark. The photographer used a double exposure to accomplish this.The first exposure was before dark when the movie theater was filled with BYU student cars who came to see a free movie provided by the photographer. The second exposure was after dark when a single frame of Charlton Heston in a loop was being projected on the screen. I am not certain where the photo was taken. It is either Motor-Vu Drive-In which closed in 1976 and a Smith’s Marketplace is located there now or it is Oak Hills Drive-In. In 1965 it was demolished and replaced by a new housing subdivision. Based on the size and orientation of the projection booth/concession stand at the Motor-Vu and Oak Hills shown in 1958 aerials, and because Oak Hills claimed to be ‘As Seen In LIFE’, I am pretty sure the photo was taken at the Oak Hills Drive-In. 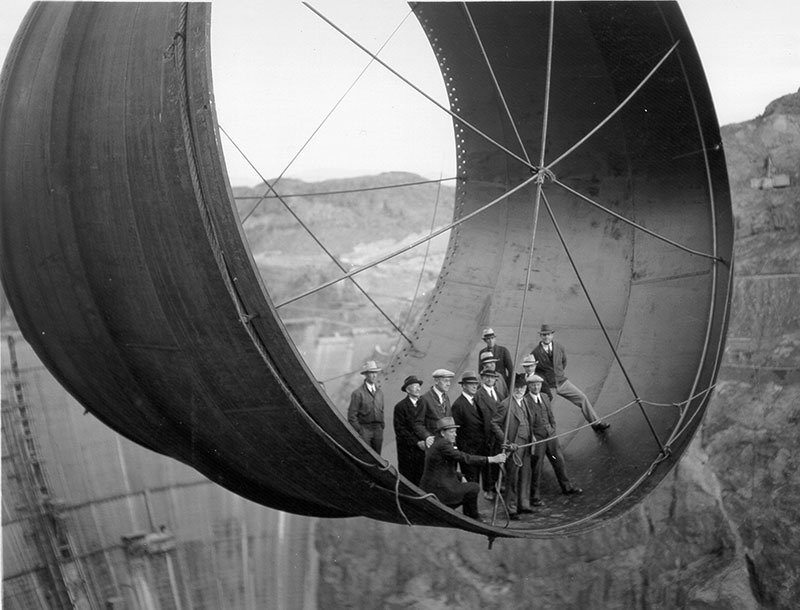 Building the Hoover Dam (1935). A total of 21,000 men would work ceaselessly to produce what would be the largest dam of its time, as well as one of the largest manmade structures in the world. 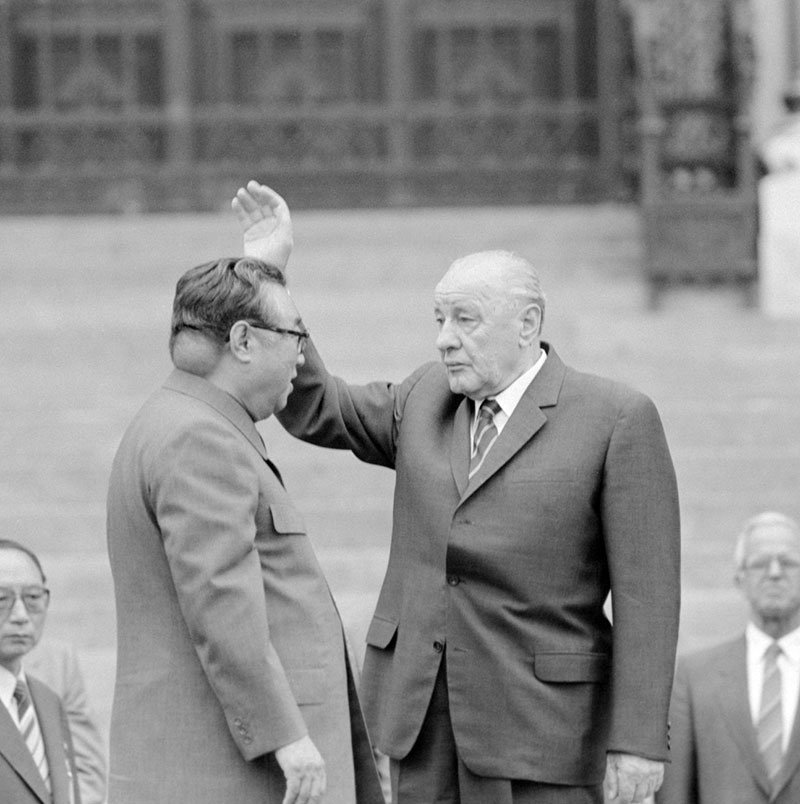 As he aged, starting in the late 1970s, Kim developed a calcium deposit growth on the right side of the back of his neck. Its close proximity to his brain and spinal cord made it inoperable. Because of its unappealing nature, North Korean reporters and photographers, from then on, always filmed Kim while standing from his same slight-left angle to hide the growth from official photographs and newsreels, which became an increasingly difficult task as the growth reached the size of a baseball by the late 1980s. 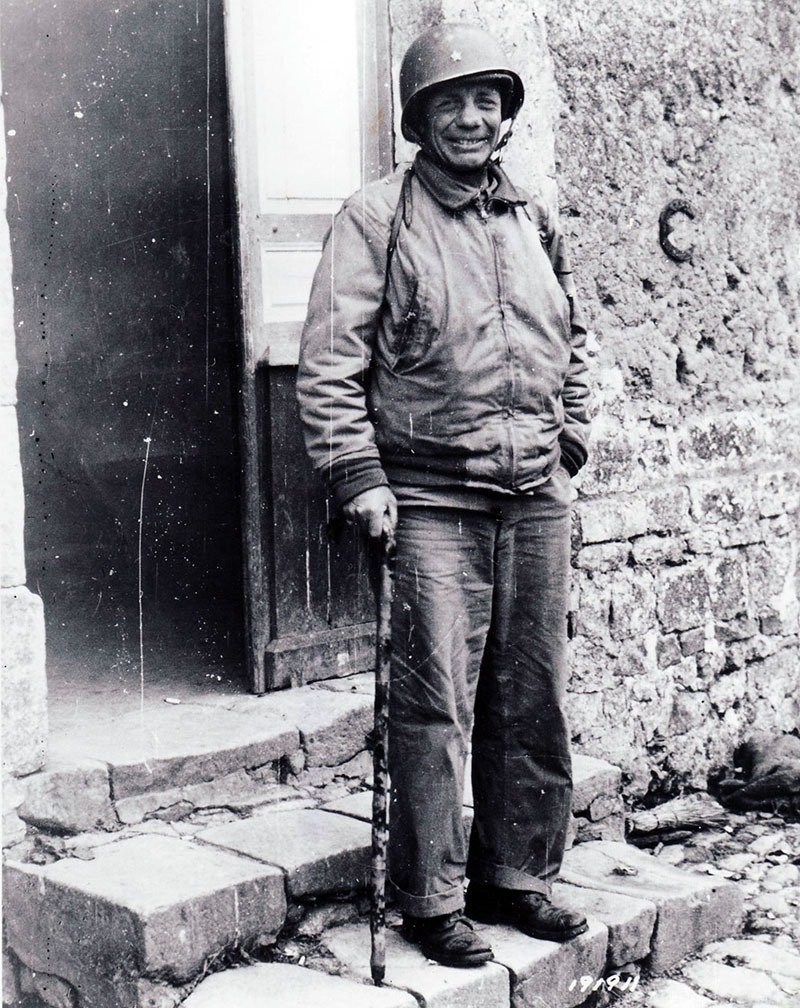 Gen. Theodore Roosevelt Jr. in Normandy after personally leading the first wave of men to shore on Utah beach, the only allied general to do so, 1944.

Roosevelt was one of the first soldiers, along with Captain Leonard T. Schroeder Jr., off his landing craft as he led the U.S. 4th Infantry Division’s 8th Infantry Regiment and 70th Tank Battalion landing at Utah Beach. Roosevelt was soon informed that the landing craft had drifted more than a mile south of their objective, and the first wave of men was a mile off course. Walking with the aid of a cane and carrying a pistol, he personally made a reconnaissance of the area immediately to the rear of the beach to locate the causeways that were to be used for the advance inland.

TR Jr. would die of a heart attack less than a month later at the age of 56. 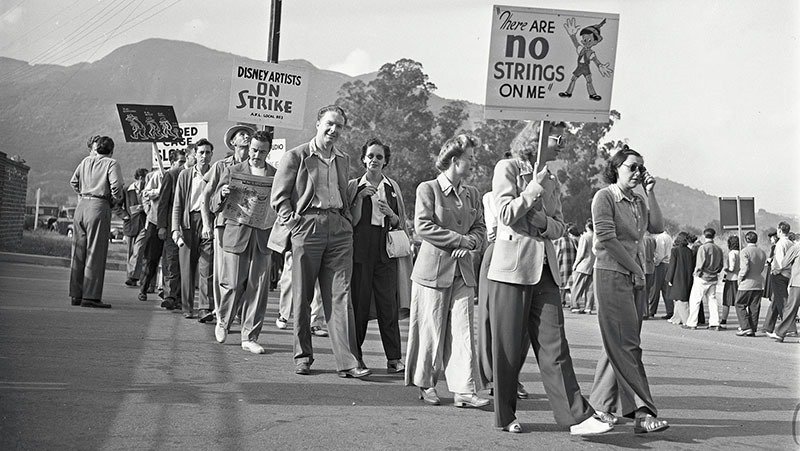 334 employees of the Disney animation studio walked out on strike (303 employees remained on the inside). The events that led up to the strike are too numerous to recount here, but suffice to say, tensions had been building at the studio since the runaway success of the studio’s first film, Snow White and the Seven Dwarfs in 1937, and employees of the studio had a litany of grievances from low wages and salary cuts to arbitrary layoffs, arcane bonus distribution systems, and oppressively long hours (including mandatory work on Saturdays).

The strikers vowed to stay on the picket lines until Walt Disney recognized their union. With neither side willing to give in, the event lasted into the fall, turning uglier and lasting longer than either side had ever imagined. In the end, the workers won, and neither the Disney company nor the animation industry would ever be the same again. 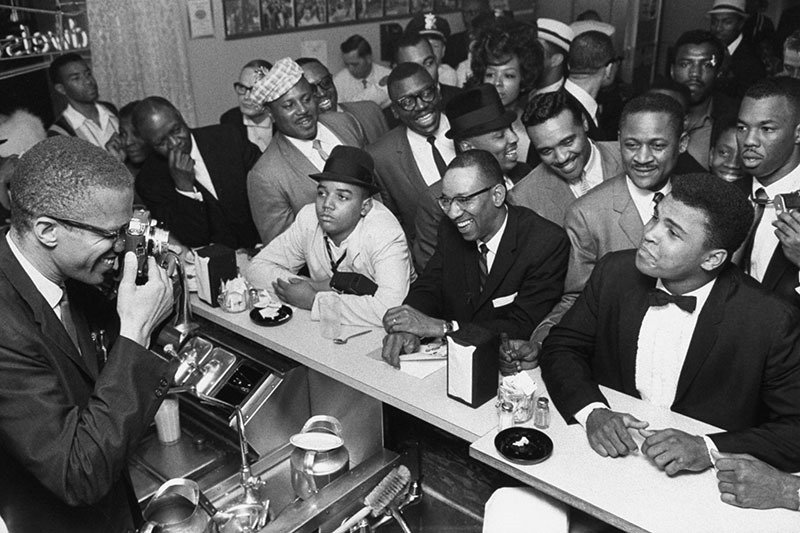