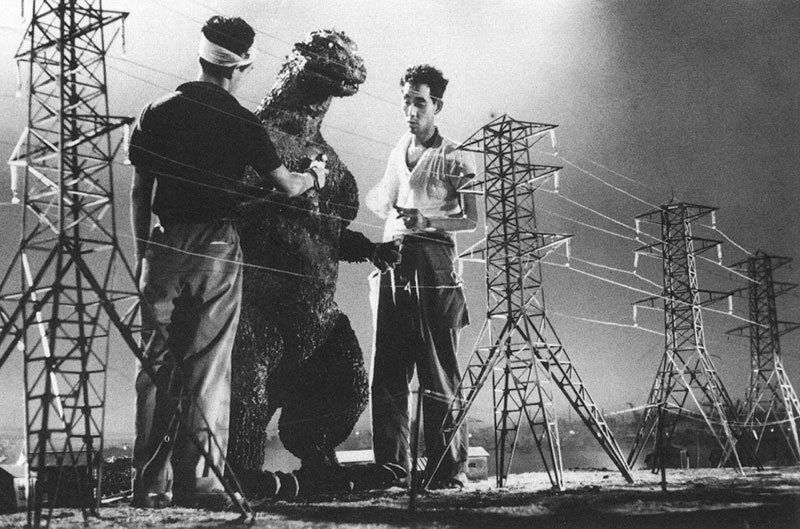 Preparing models and set to film the first ‘Godzilla’ movie, 1954.

12. Squatting in the Shadow 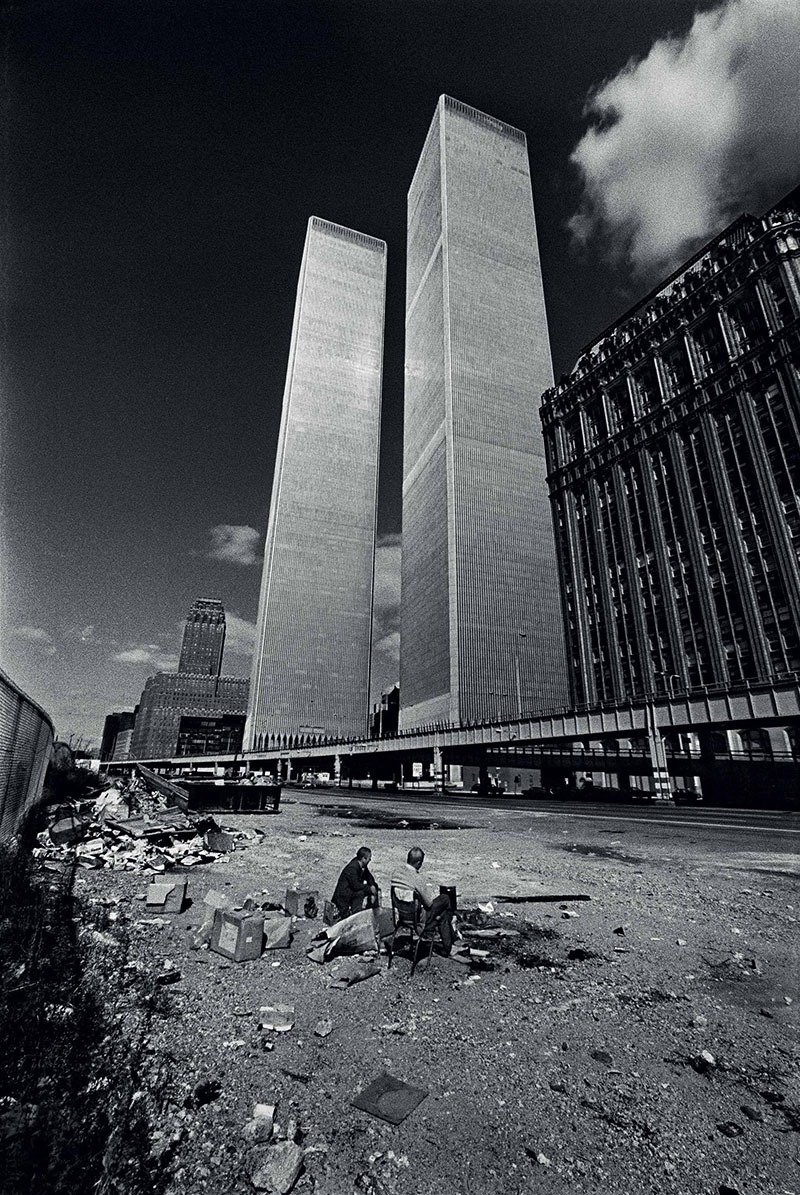 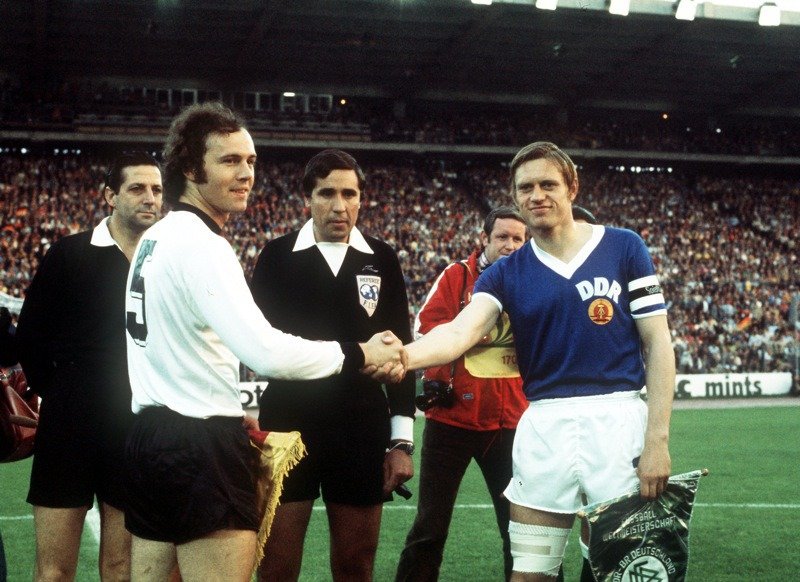 East Germany and West Germany met only one time on the pitch, during World Cup of 1974. East Germany won 1-0.

As the World Cup continued, things went differently for both teams. East Germany, who had won the group, now paradoxically had the tougher challenge of facing Brazil and the Netherlands in the next round, and were eliminated. On the other hand, West Germany had an easier draw and won the rest of their matches, including the final against the Netherlands, to become world champions, erasing the humiliation of losing to East Germany. 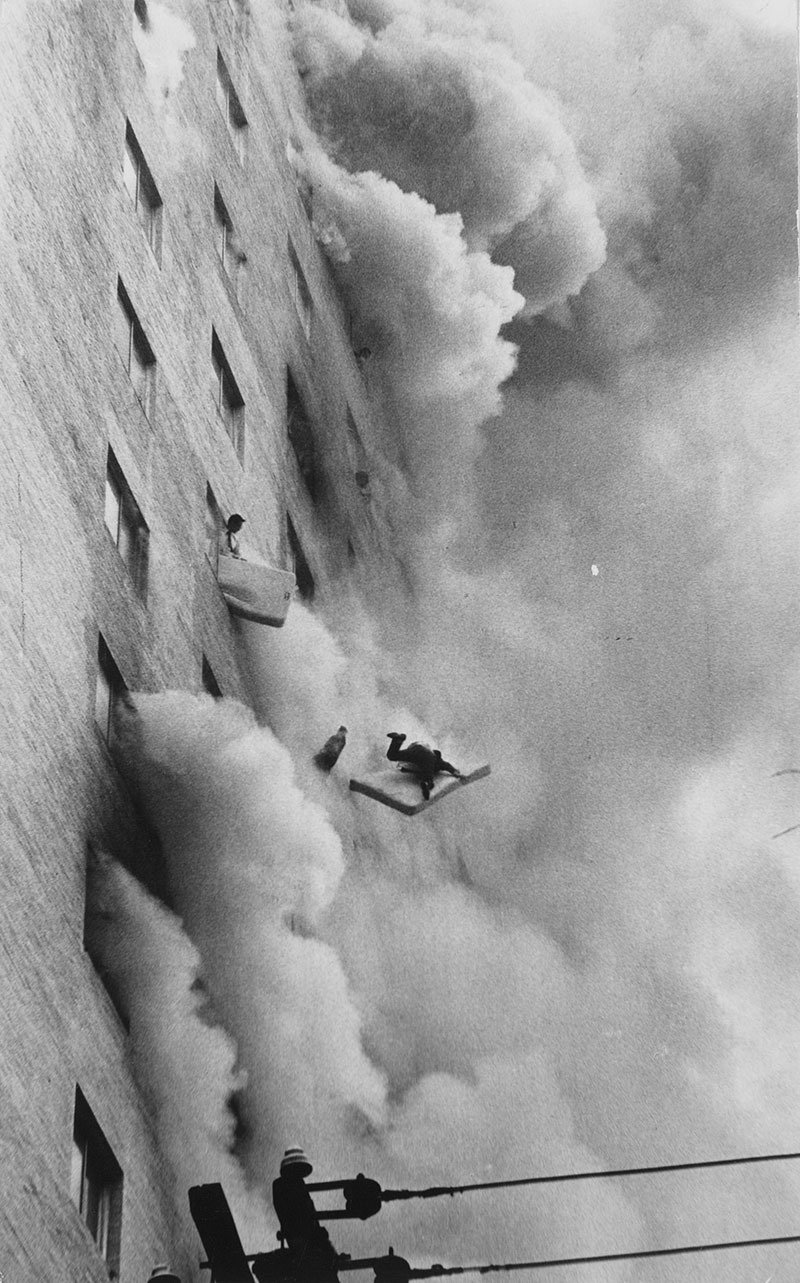 A man jumps out of the burning Tae Yun Kak hotel with a mattress to cushion his fall, Seoul, South Korea, December 25, 1971. He died on impact along with 163 others who perished in the fire. 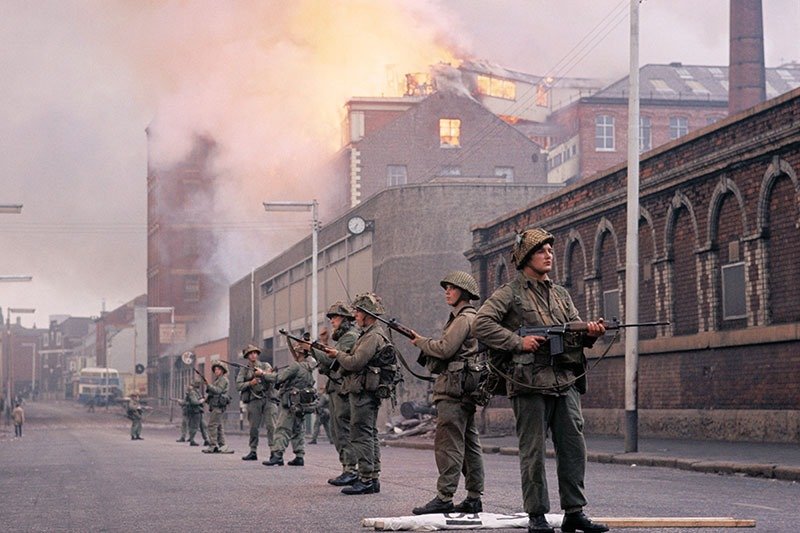 British Army soldiers stand in front of a burning building during the Northern Ireland riots of August 1969, Londonderry/Derry.

During 12–17 August 1969, Northern Ireland was rocked by intense political and sectarian rioting. There had been sporadic violence throughout the year arising from the civil rights campaign, which was demanding an end to discrimination against Irish Catholics. Civil rights marches were repeatedly attacked by both Ulster Protestant loyalists and by the Royal Ulster Constabulary (RUC), a unionist and largely Protestant police force.

The disorder led to the Battle of the Bogside in Derry, a three-day riot in the Bogside district between the RUC and the nationalist/Catholic residents. In support of the Bogsiders, nationalists and Catholics launched protests elsewhere in Northern Ireland. Some of these led to attacks by loyalists working alongside the police. The most bloody rioting was in Belfast, where seven people were killed and hundreds more wounded. Scores of houses, most of them owned by Catholics, as well as businesses and factories were burned-out. In addition, thousands of mostly Catholic families were driven from their homes. In certain areas, the RUC helped the loyalists and failed to protect Catholic areas. Events in Belfast have been viewed by some as a pogrom against the Catholic and nationalist minority.

The British Army was deployed to restore order and state control and peace lines began to be built to separate the two sides. The events of August 1969 are widely seen as the beginning of the thirty-year conflict known as the Troubles. 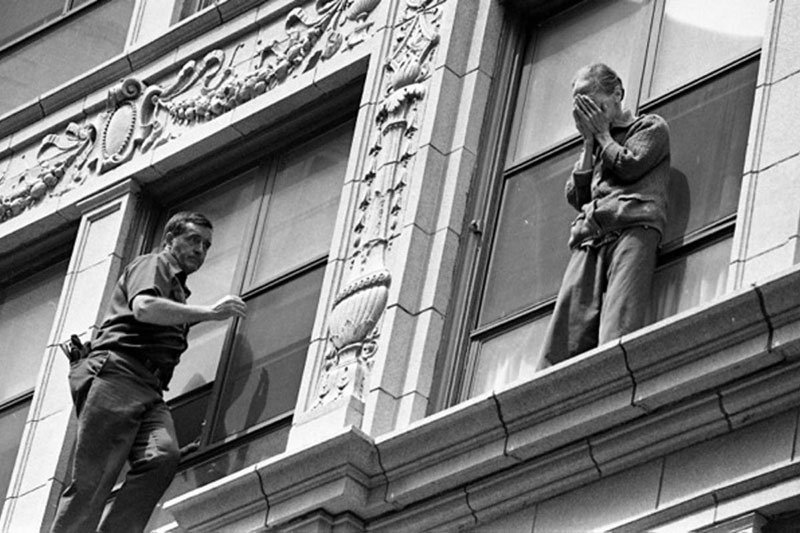 Boston firefighter Bob Mackey approaches a distraught 88-year-old woman who was threatening to jump off a building on Chauncey St. June 1977. Photograph by Stanley Forman.

Firefighter Mackey successfully rescued her, and was awarded the Walter Scott Medal for Valor for his intervention. 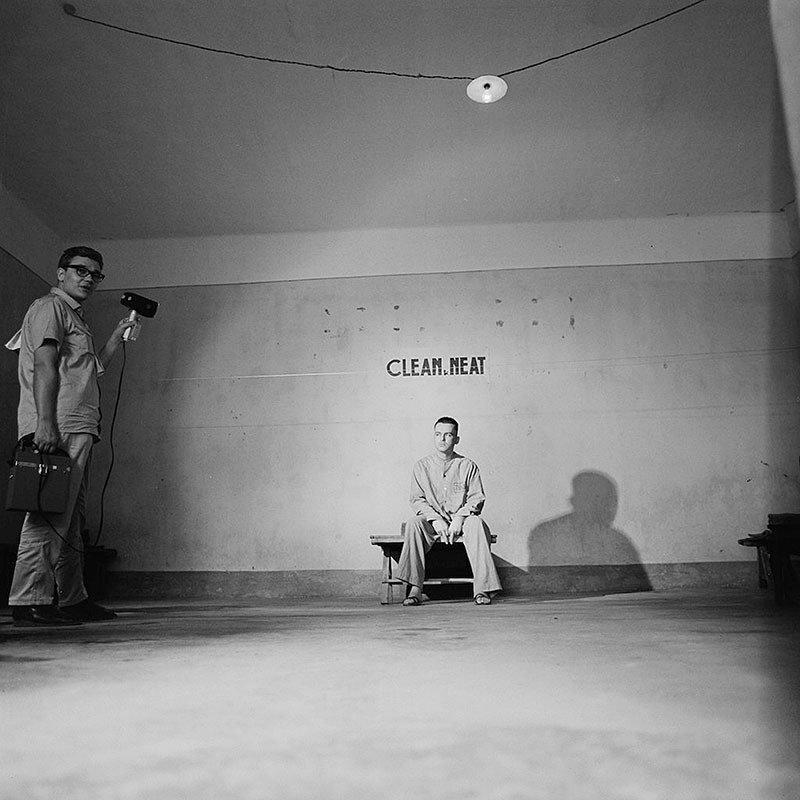 American POW Paul Galanti unobtrusively gives the finger, to show his disdain for being used in a propaganda event filmed by an East German film crew in North Vietnam, June 1967. Another pic.

Life Magazine published this image in October, 1967, but airbrushed his middle fingers so as not to offend its readers

After graduating from the U.S. Naval Academy in 1962, then-ENS Galanti reported to fighter jet training, learning to fly the A-4C Skyhawk. In November 1965, he was deployed on the carrier USS Hancock to South East Asia. On his 98th combat mission in Vietnam, he was shot down and captured by the North Vietnamese. He spent almost seven years, from 17 June 1966 to 12 February 1973, interned in the infamous Vietnamese prison camp dubbed the “Hanoi Hilton.”

American prisoners of war have long been used as propaganda tools by the enemy — a weapon of war that has sometimes met with success, but has just as often left the enemy looking dim-witted and brutal.

When an East German camera crew arrived at his cell Navy Commander Paul Galanti was ordered to pose for photos. A stenciled sign reading “Clean, Neat” had been painted on his wall and a makeshift bench, a luxury he did not normally have, was brought in. He said, “My interrogators wanted me to be interviewed by them and I said I’d be glad to speak with them because I speak German and I’d tell them all about the torture and bad treatment. They came back and said I was not to say anything to them.” The captured aviator had no intention of being a propaganda tool for the enemy. As he sat with his hands resting between his knees he stared into the camera and had a flash of mischievous genius.

“I gave a catcher’s signal with both middle fingers extended and glared at the camera the whole time. I extended my middle finger on each hand to make certain that anybody who saw that picture didn’t think in any way, shape or form that I was doing it voluntarily. It was a message from me.” 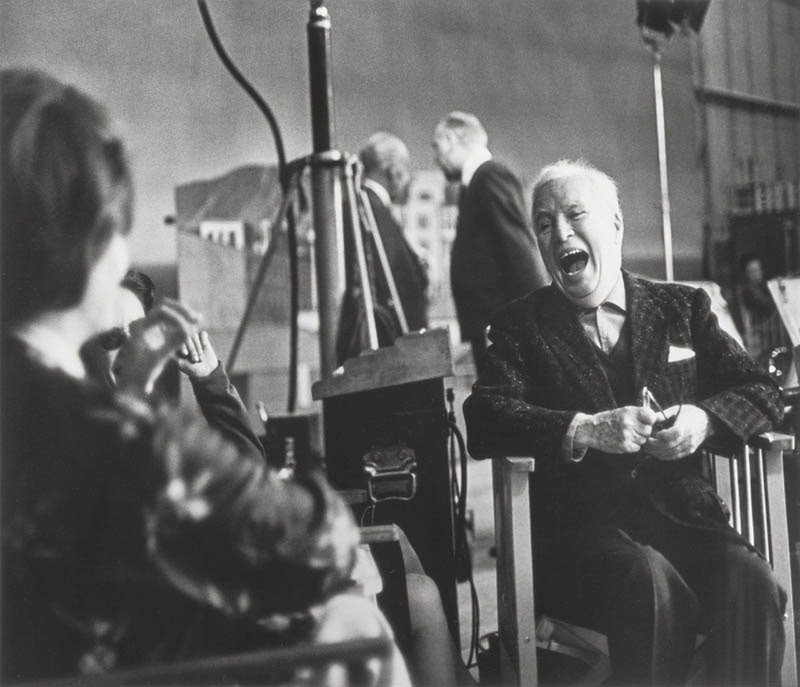 Charlie Chaplin cracking up while talking to Sophia Loren on set of “A Countess from Hong Kong“ (1966). 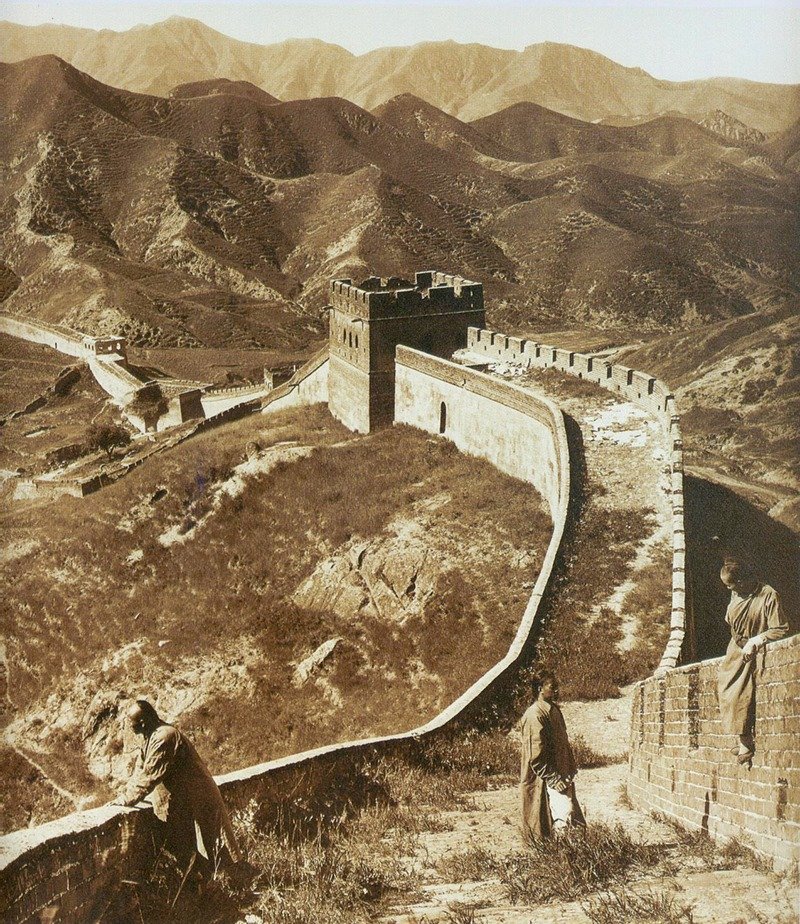 The Great Wall of China before modern restorations, 1907. 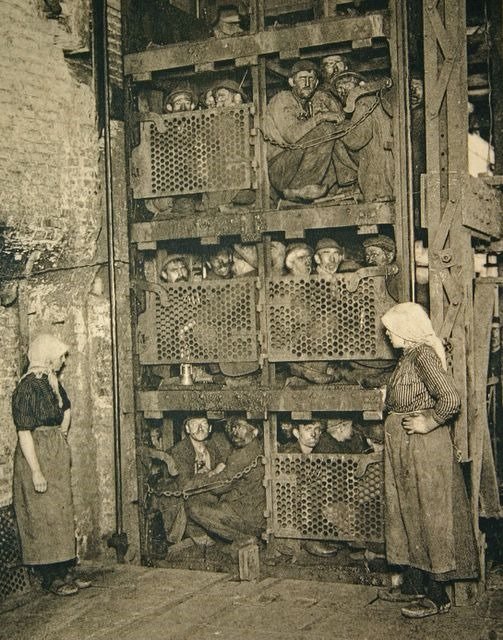 Belgium coal miners crammed into a coal mine elevator, coming up after a day of work, circa 1900.