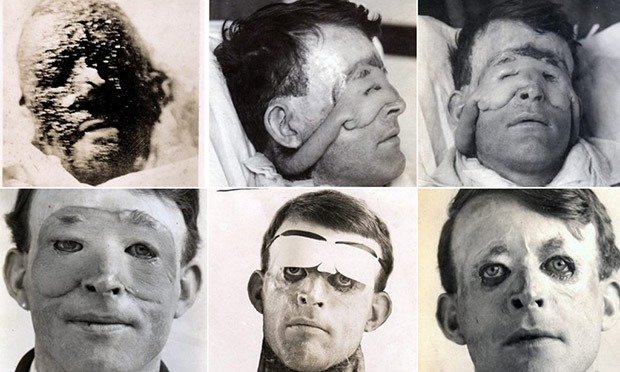 The first plastic surgery in the world, Kent, 1917. Harold Gillies was an amazing man. He recognized that prior skin grafts were temporary due to a lack of blood supply to the tissue. Gillies found a way to overcome this. Walter Yeo got the first skin flap graft in 1917, using a method Gillies called the pedicle, which essentially involved creating a tube out of healthy tissue, often taken from the chest in this early form of pedicle surgery, and attaching the ‘open’ end to the area that was going to grafted. Then allowing vessels to form between the pedicle end now attached to the patients face, meaning there was a constant blood supply to the tissue. He would then cut off the opposite end leaving a stretch of skin that could be used for reconstruction. 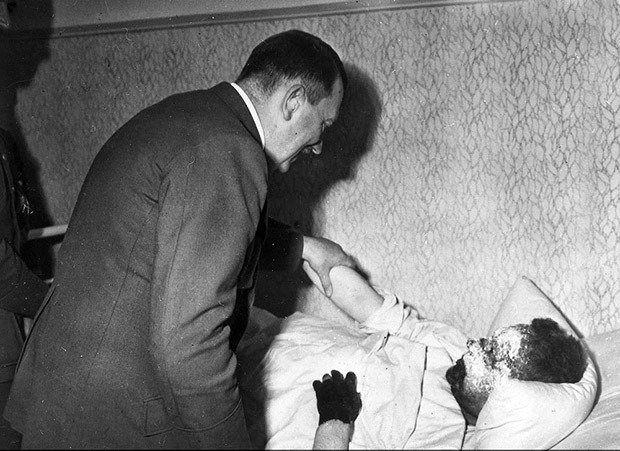 Hitler asking a frostbitten and snow ravaged soldier not to salute him, but to instead rest and recover. (194?, Year unknown).

Most likely taken sometime between November 1941 and March 1942. During the Winter Crisis, the majority of the Wehrmacht were still equipped with their worn out summer uniforms and summer boots (often stuffed with newspapers to try to make them warmer). This was a direct failure of the German High Command to properly equip their soldiers for winter combat in the inhospitable Russian terrain.

Additionally, across large portions of the front, the Germans were not able to successfully enter prepared defensive positions until late in the winter. As a result, the soldiers were literally lying in the snow in their summer uniforms while the temperature was regularly -40 degrees. 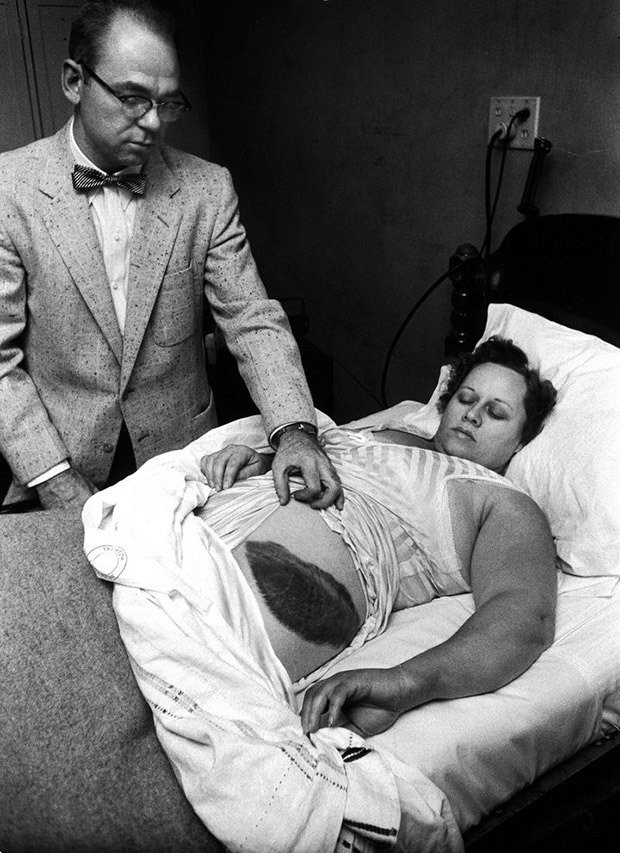 Moody Jacobs shows a giant bruise on the side and hip of his patient, Ann Hodges, after she was struck by a meteorite. She is the only confirmed person in history to have been hit by a meteorite. (1954). On a clear afternoon in Sylacauga, Alabama, in late November 1954, Ann Hodges was napping on her couch, covered by quilts, when a softball-size hunk of black rock broke through the ceiling, bounced off a radio, and hit her in the side, leaving a pineapple-shaped bruise.

After a dispute with their landlady about who owned the meteorite, the Hodges donated it to the Alabama Natural History Museum, where it is still on display. 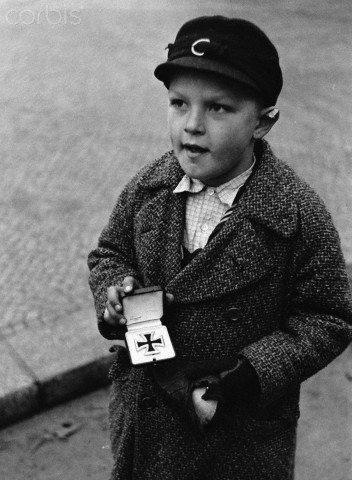 A German orphan tries to sell his father’s Iron Cross in exchange for cigarettes. (December 1, 1945). Cigarettes were used as a black market currency in post-war Germany. So the orphan was in all likelihood not trying to buy cigarettes because he was a smoker, but because the cigarettes were currency which could be used to buy food. 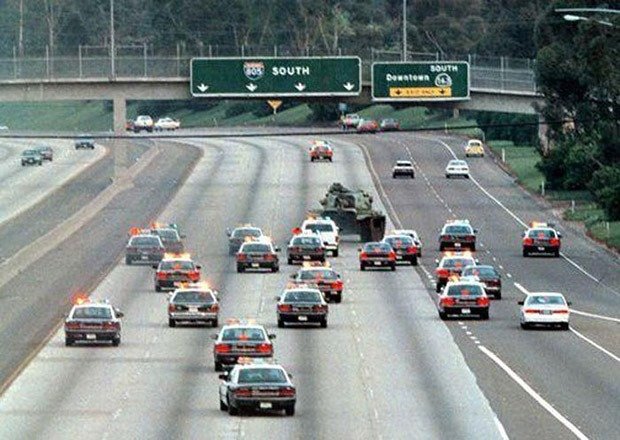 U.S. Army veteran Shawn Timothy Nelson drives a M60A3 Patton tank on a slow paced police chase through San Diego, California. (May 17, 1995). According to live news coverage at the time, officials were seriously considering asking for help from the United States Marine Corps at Camp Pendleton in the form of a Cobra attack helicopter, as the police force lacked the means for disabling a tank. 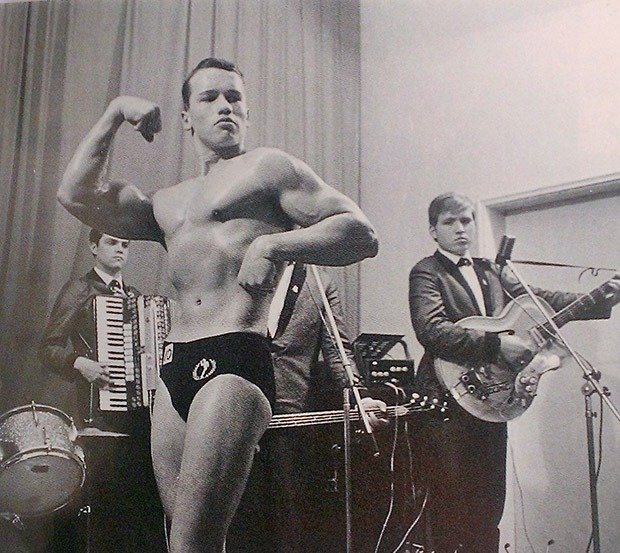 Arnold Schwarzenegger’s first bodybuilding competition at the age of 16. (1963).

19. Little girl and her pet Toad 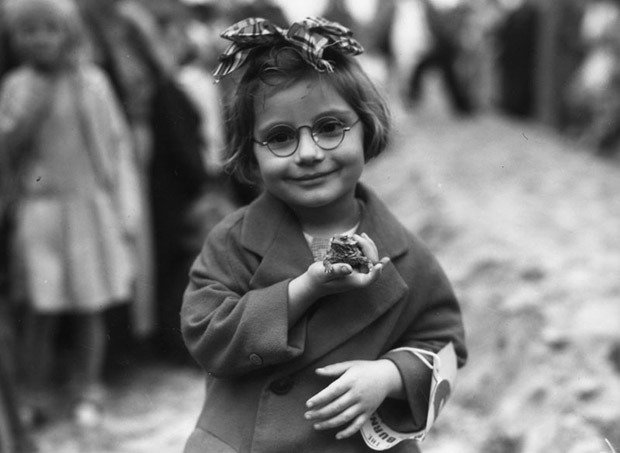 Little girl and her Horned Lizard at a pet show, Venice Beach, California. (1936). 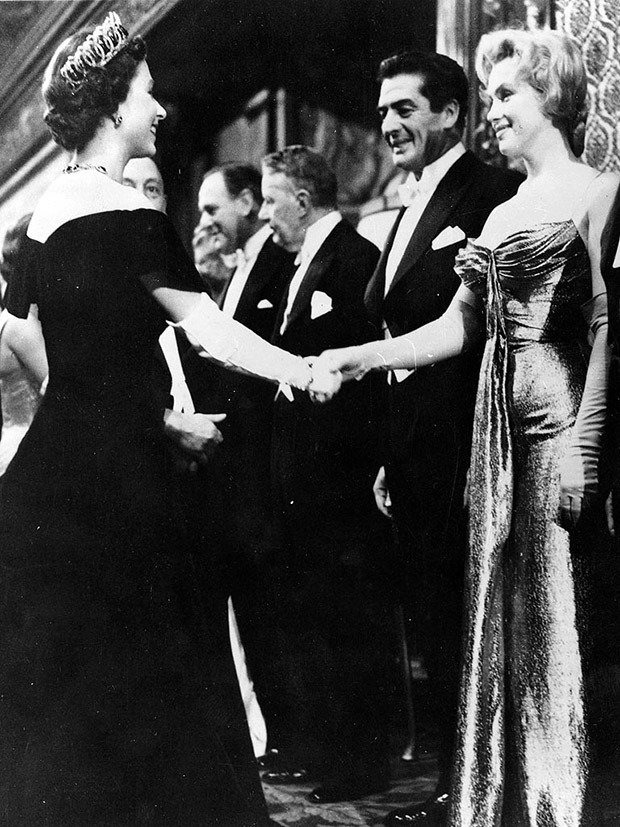 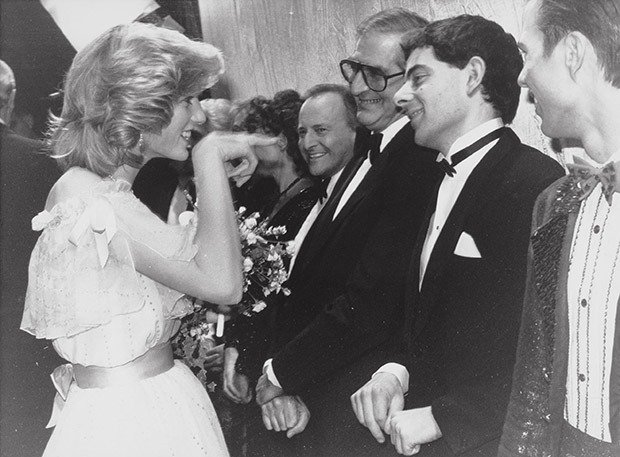 Princess Diana meets comedian Rowan Atkinson while greeting the cast of the ‘Royal Variety’ show in 1984. 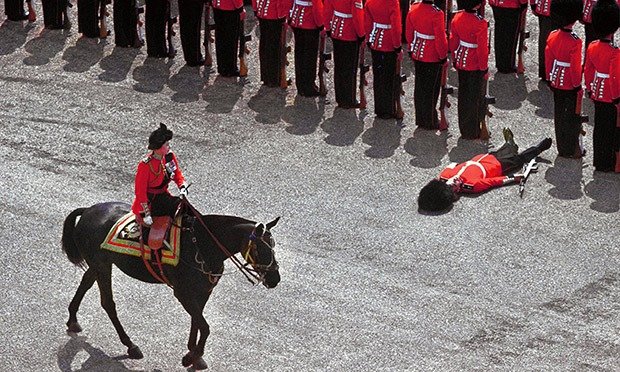 A foot guard passes out as Queen Elizabeth II rides past during the trooping the color parade in June, 1970, London. 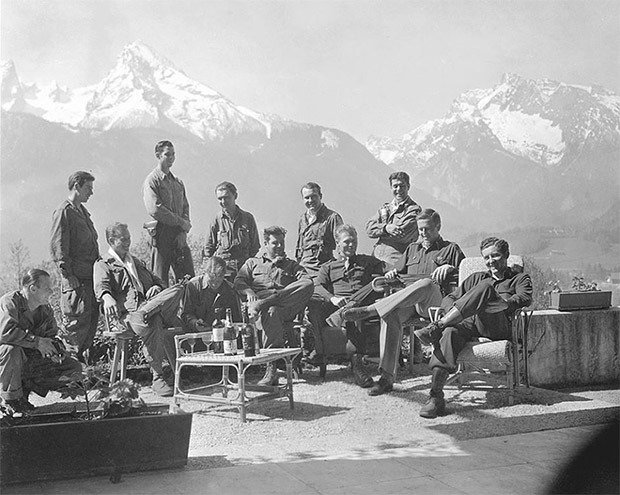 d*ck Winters and Easy Company (Band of Brothers) at the Eagle’s Nest, Hitler’s residence. Winters is in the first row, third from right. Lewis Nixon is to his left. 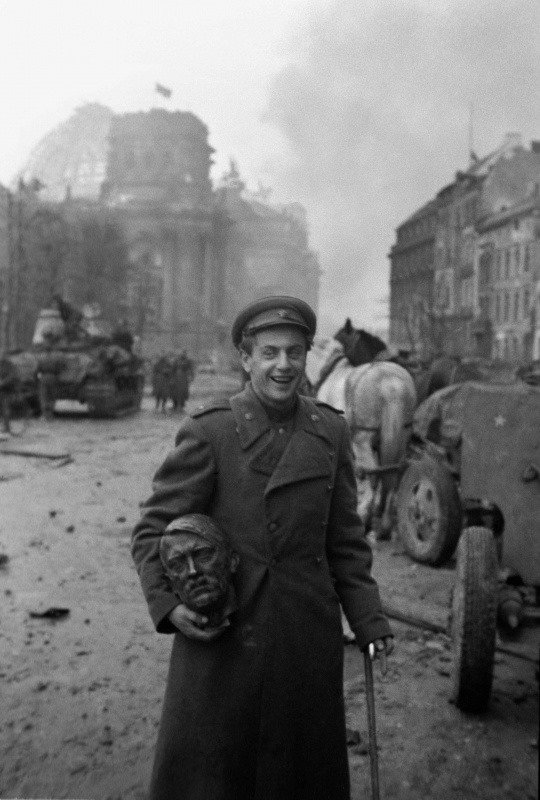 A Soviet soldier with the head of a statue of Hitler in Berlin. (1945). It’s the Russian poet Yevgeny Dolmatovsky as photographed by Yevgeny Anan’evich Khaldei. He was a Major at that time. He also escaped a German POW camp. 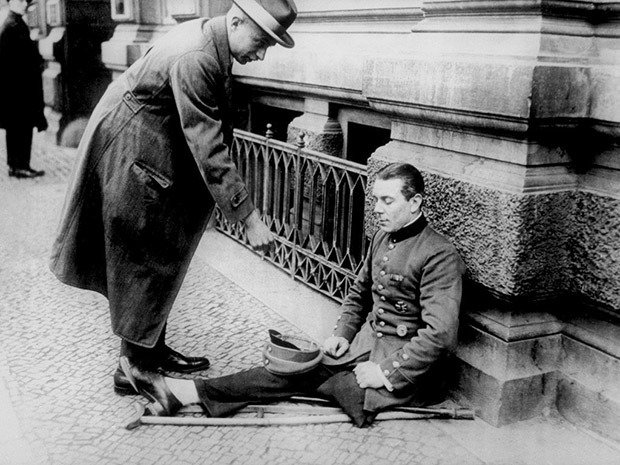 A disabled First World War veteran begging on the streets of Berlin, 1923. To contextualize things a bit, it’s important to at least note that during this time Germany’s economy was in the pit of hell. German society was struggling to cope with treating anybody well. Nowadays the German veterans (even WW2 veterans) are paid much better.