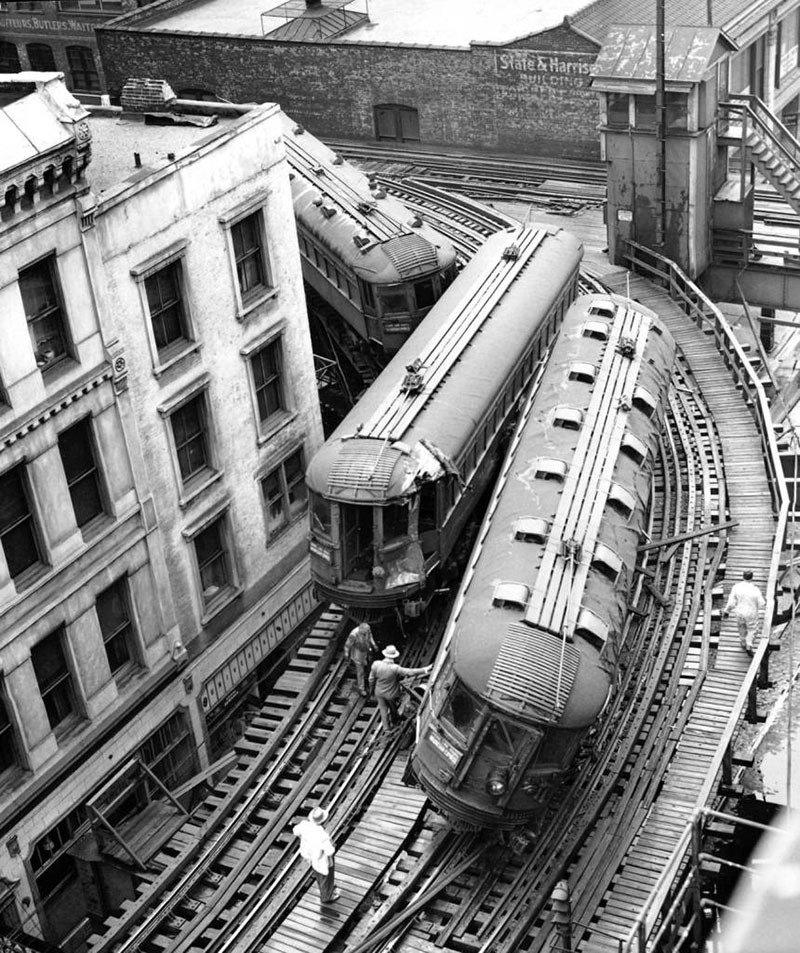 Chicago North Line rail accident between Harrison Street and Wabash Avenue on May 24, 1953. 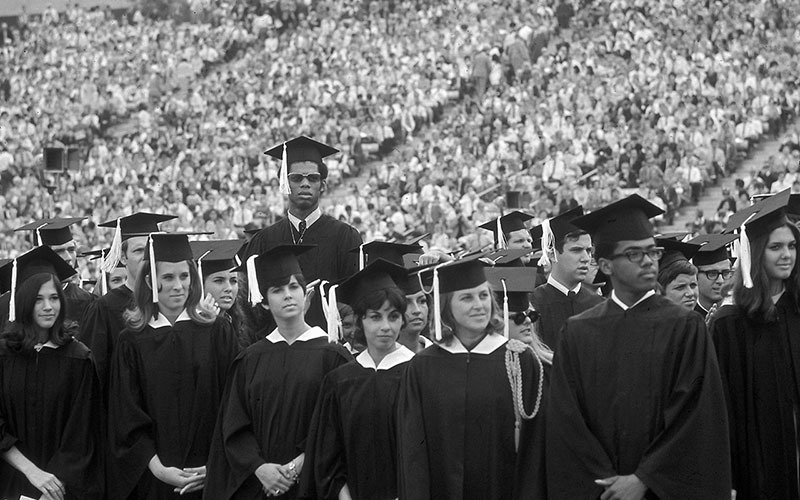 Abdul-Jabbar was a record six-time NBA Most Valuable Player (MVP), a record 19-time NBA All-Star, a 15-time All-NBA selection, and an 11-time NBA All-Defensive Team member. A member of six NBA championship teams as a player and two as an assistant coach, Abdul-Jabbar twice was voted NBA Finals MVP. In 1996, he was honored as one of the 50 Greatest Players in NBA History. NBA coach Pat Riley and players Isiah Thomas and Julius Erving have called him the greatest basketball player of all time. 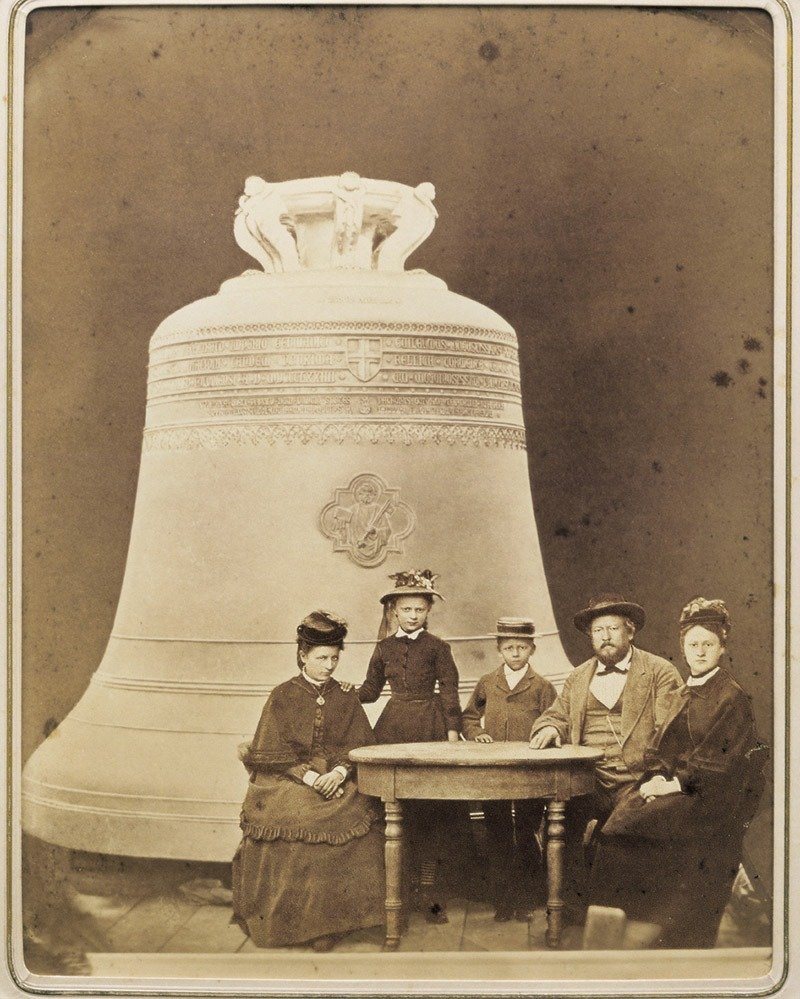 Bell-founder Andreas Hamm with family in front of the “Kaiserglocke”, the largest bell of the Cologne Cathedral, 1875.

This bell, along with many others throughout the Kaiserreich, was destroyed in order to use the valuable metal it contained for war materiel during the later days of World War 1. 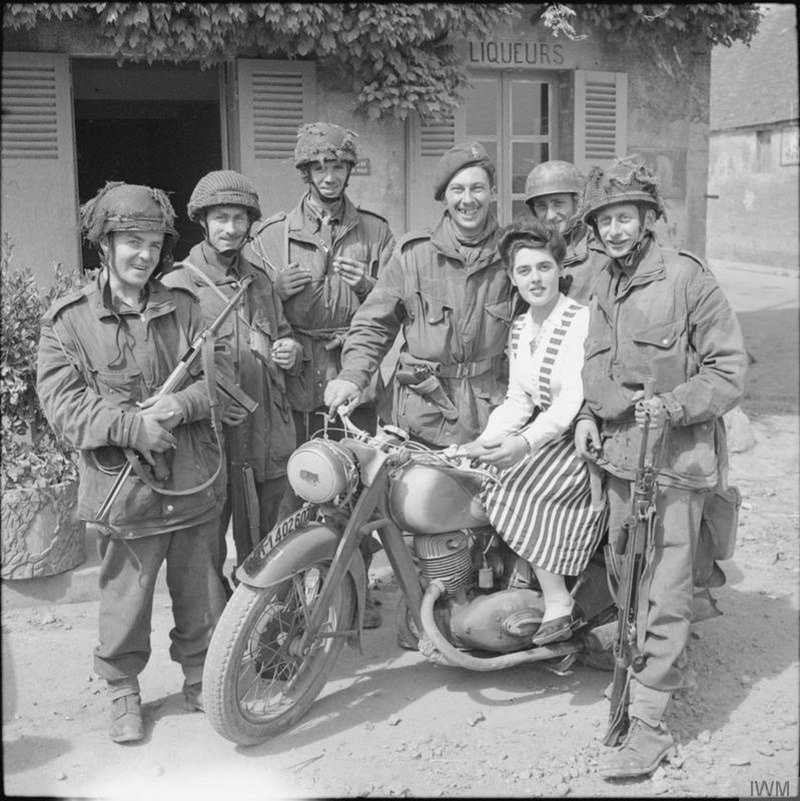 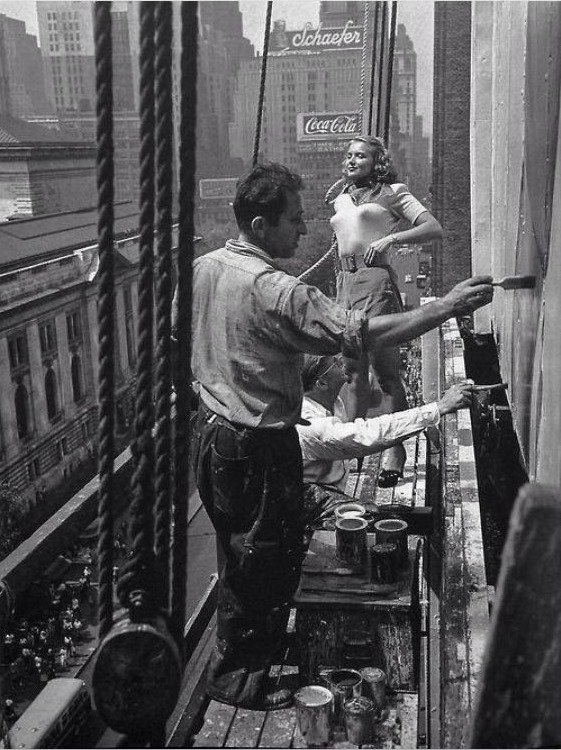 A young woman’s likeness is painted on a bilboard advertising, New York 1947. Photo by Frank Bauman.

This was the era of gimmick photographs of every sort. Of course that’s not how they actually made billboards. This is probably a marketing gimmick. It’s most likely a way to get a crowd to gather in rapt attention as they draw the billboard and spell out the name of their product. Pretty ingenious, really. 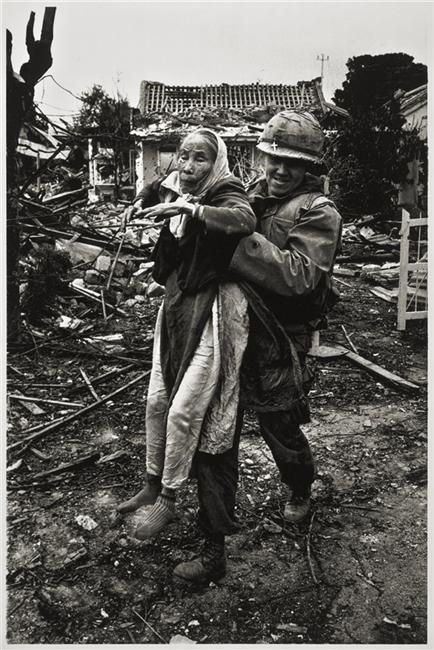 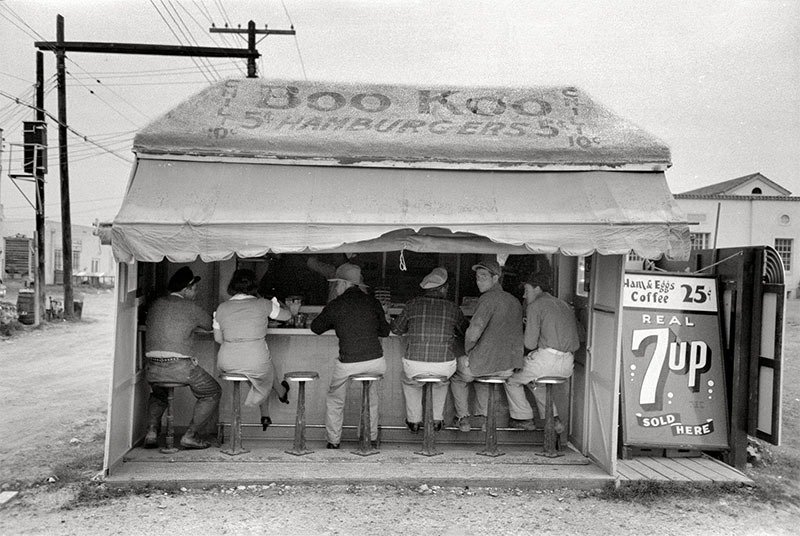 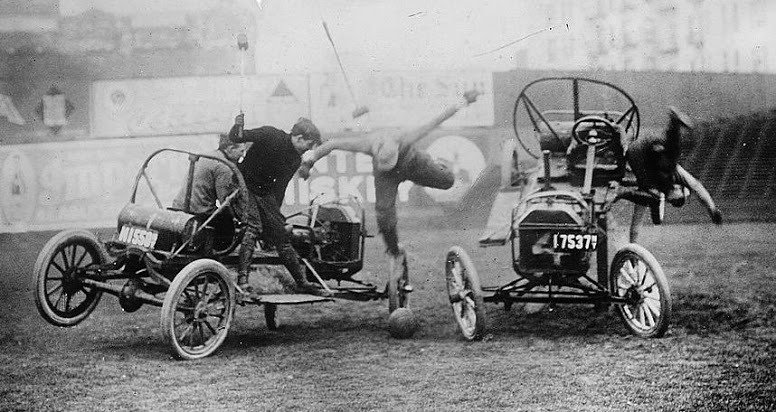 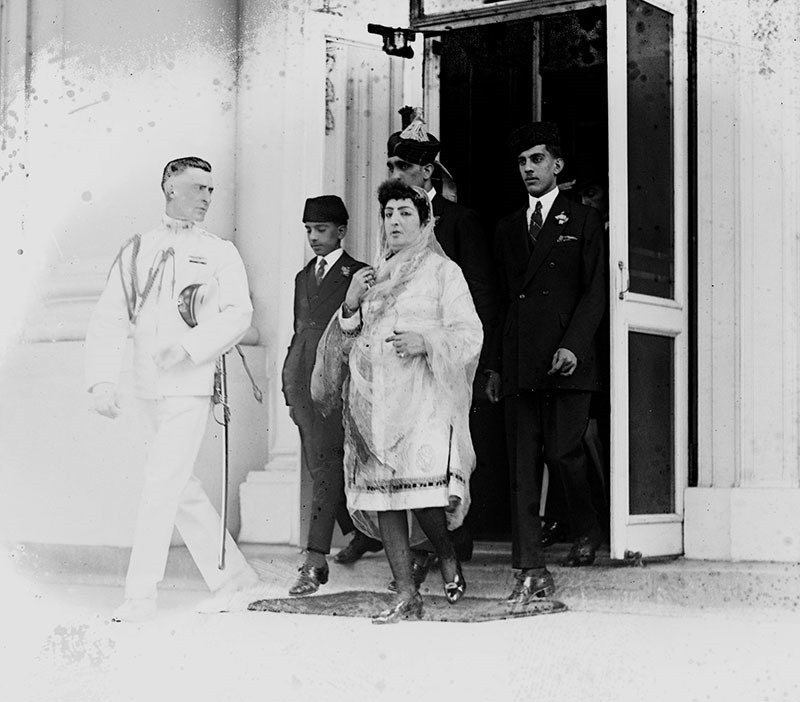 Serial impostor Stanley Clifford Weyman, posing as a “State Department Naval Liaison Officer”, leaving the White House with Princess Fatima of Afghanistan and her sons after being received by President Harding. July 1921.

In 1921 he noticed Princess Fatima of Afghanistan who was visiting the US and was trying to get an official recognition. The US State Department mainly ignored her. Weyman visited her as a State Department Naval Liaison Officer, apologized for the oversight and promised to arrange an appointment with the president.

He managed to convince the princess to give him $10,000 for “presents” to State Department officials. He used the money for a private railway carriage to Washington DC and an opulent hotel room in the Willard Hotel for the princess and his entourage.

Weyman proceeded to visit the State Department, dropped names of prominent senators and succeeded in getting the appointment, first with Secretary of State Charles Evans Hughes, and on July 26, 1921 president Warren G. Harding received Princess Fatima. Weyman’s minor mistakes in the protocol aroused some suspicion, but when the press released his picture alongside the other dignitaries, the jig was up. He was indicted for impersonating a naval officer and sentenced to two years in jail.

In August 1960, Weyman was fatally shot when he tried to stop a robbery in a New York hotel where he was working as a night porter. The investigating detective said “I’ve known about the man’s past record for years. He did a lot of things in the course of his life, but what he did this time was brave.” 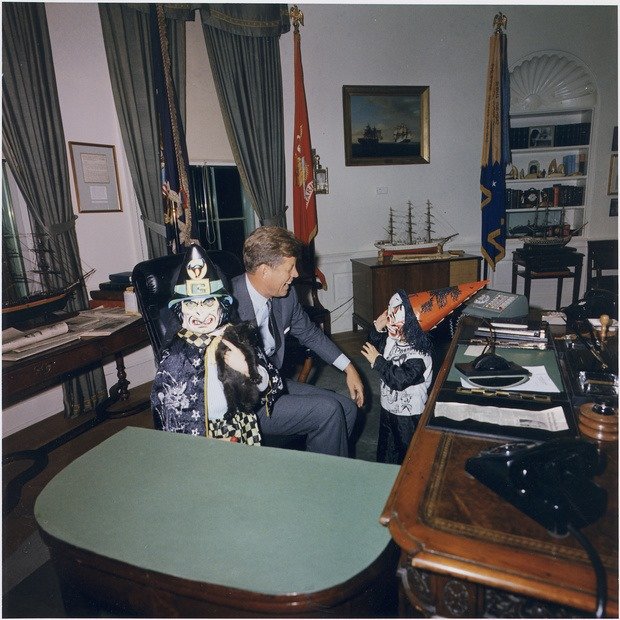 John F. Kennedy enjoying Halloween with his children in the oval office of the White House, 31st October 1963.