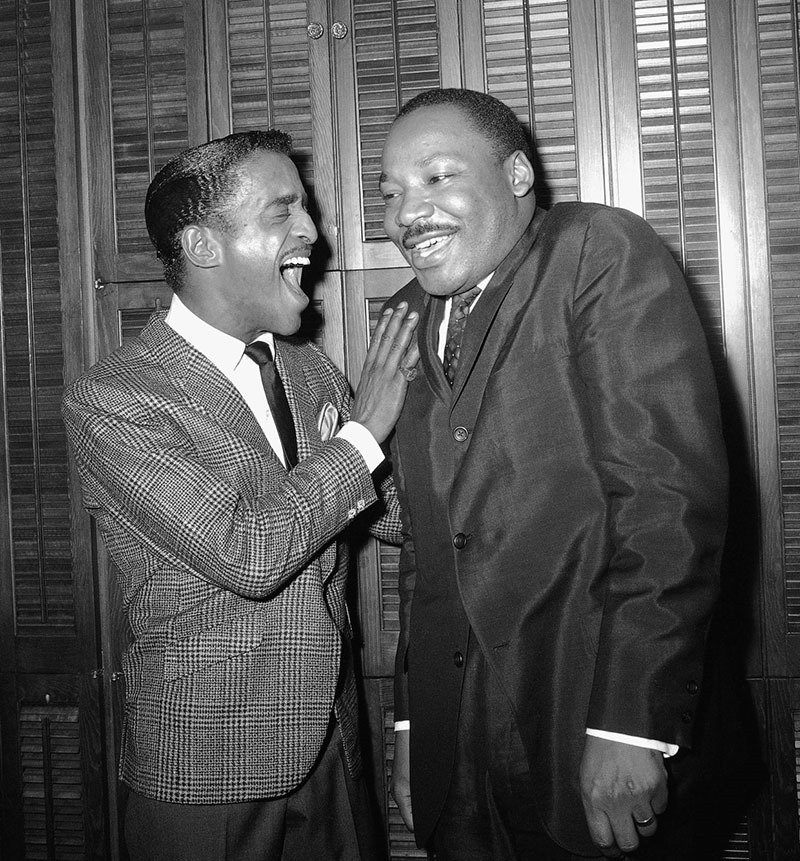 This is a good companion to one of my favorite MLK pictures. Also people wondering what him joking around sounds like should watch this. 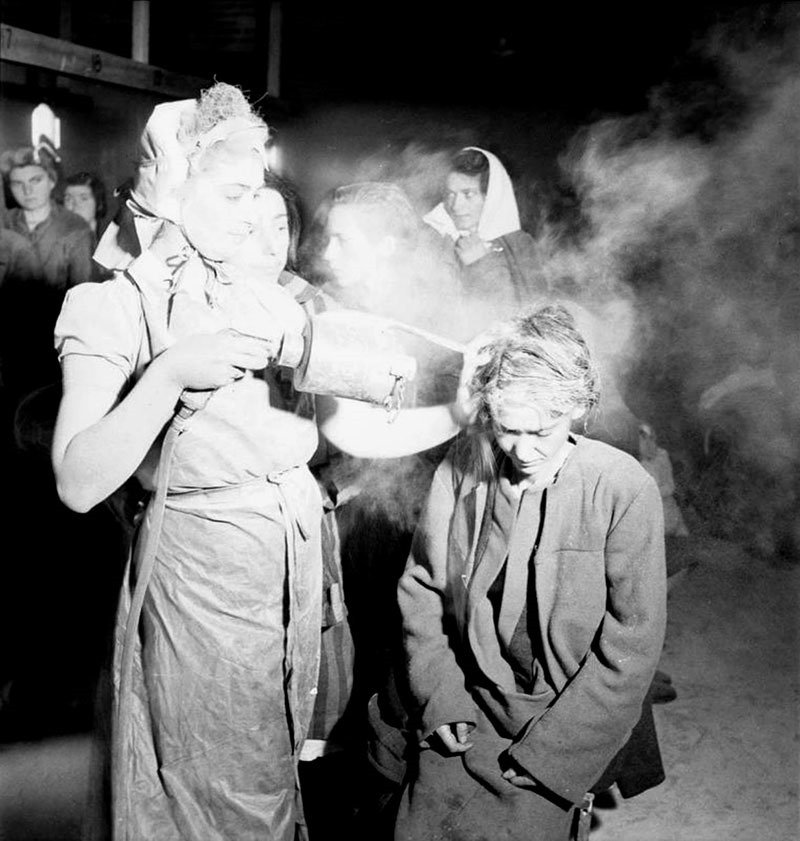 Newly liberated female inmates at Bergen-Belsen concentration camp are dusted with DDT powder to kill lice which spreads typhus. The dusting is done by other former camp inmates (some of whom were trained nurses before being interned) under the supervision of the British Royal Army Medical Corps. When British and Canadian troops entered the camp they found over 13,000 unburied bodies and (including the satellite camps) around 60,000 inmates, most acutely sick and starving. In the period immediately preceding and following liberation, prisoners were dying at a rate of around 500 per day, mostly from typhus. Bergen-Belsen concentration camp, near Celle, Lower Saxony, Germany. May 1945. Image taken by British Army Sgt. Hewitt, No. 5 Army Film & Photographic Unit.

Knowing that Anne and Margot Frank died of typhus at Bergen-Belsen makes this image a little more poignant for me. 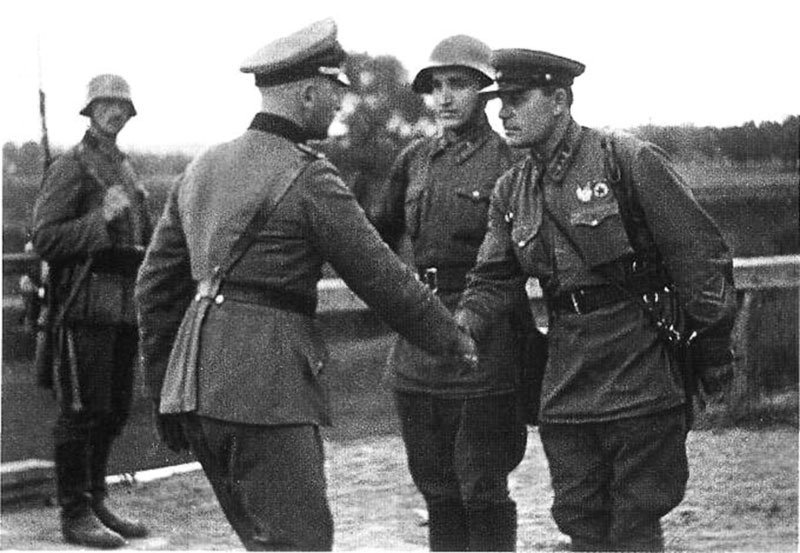 German and Soviet officers shaking hands following the invasion of Poland, 1939. The officers in the photo are Semyon Krivishein and Heinz Guderian. They both survived the war. 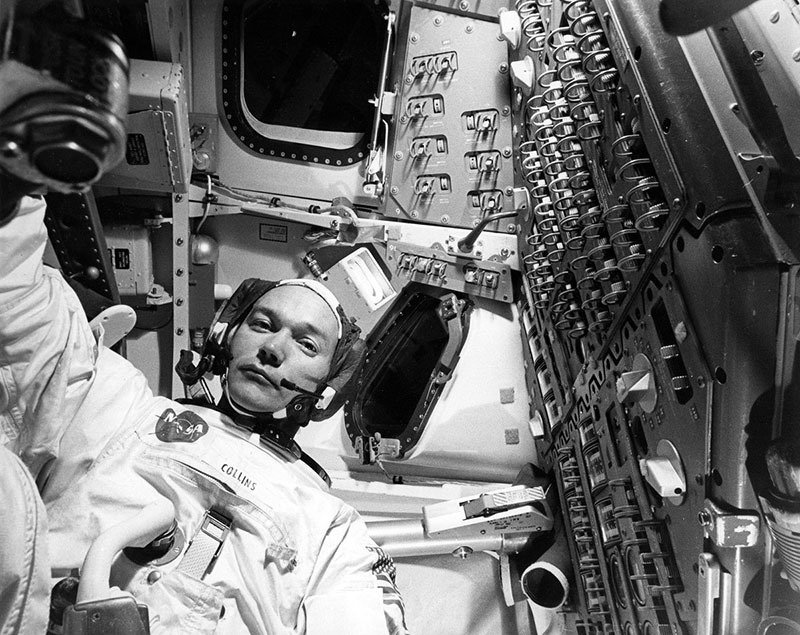 This quote from Collins (About being in the ship on the other side of the moon) always blew me away:

“If a count were taken, the score would be three billion plus two over on the other side of the moon, and one plus God knows what on this side.” For those wondering, yes the earth’s population has more than doubled since we first landed on the moon. 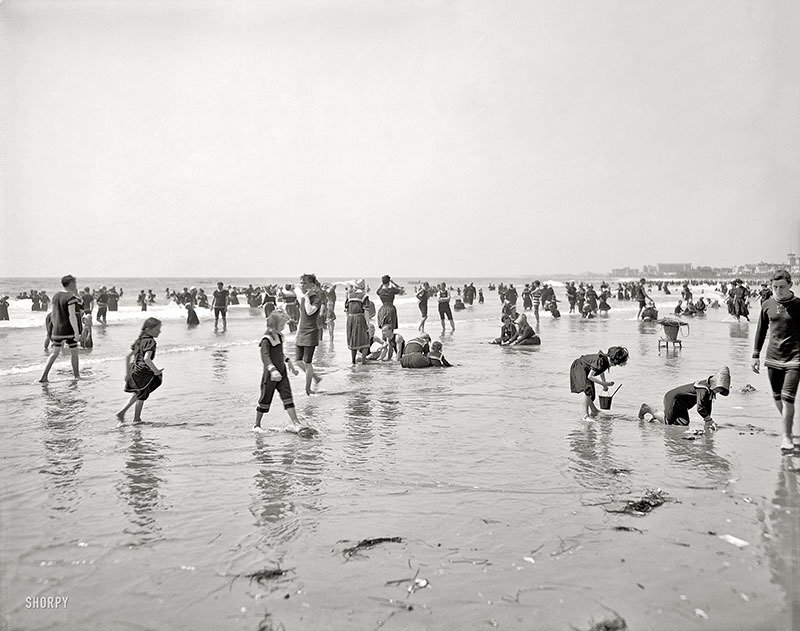 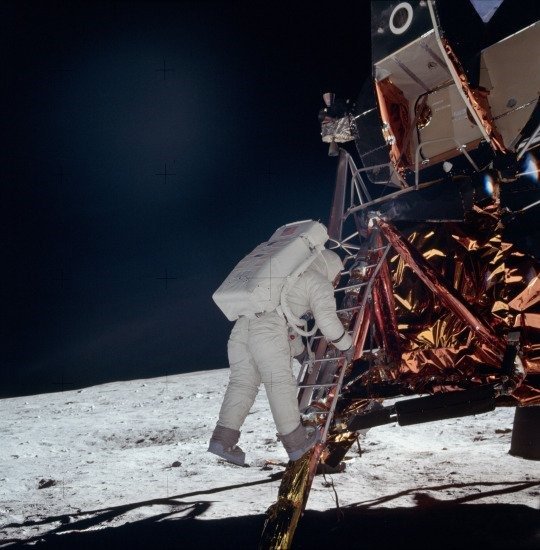 Apollo 11 astronaut Buzz Aldrin descends the steps of the lunar module and becomes the second man on the Moon, 1969.

Based on how great this photo looks, we can only imagine how awesome the original video of Neil Armstrong stepping on the moon would have been if NASA had not erased the tapes. NASA was having budget issues in the early 1980s and needed to re-use tapes. The only video we have now is from someone filming a television screen displaying the video feed. 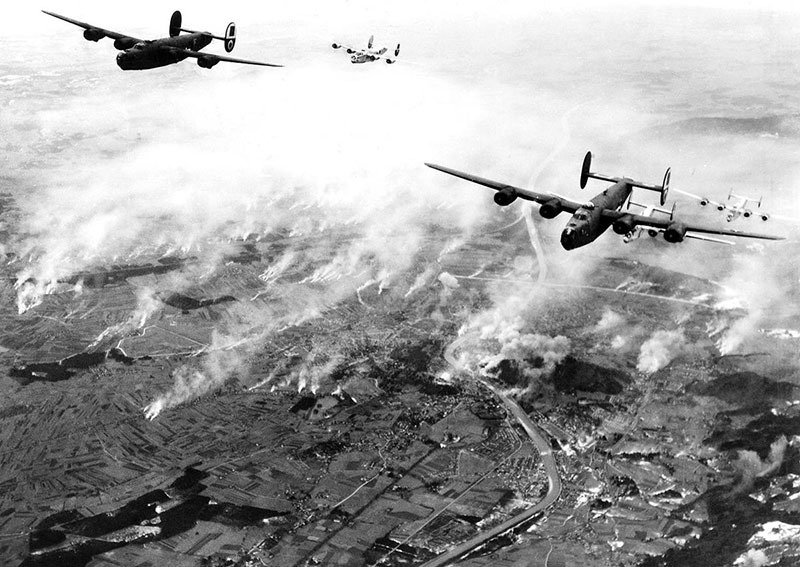 B-24s bombing the railway yards of Salzburg, Germany on December 27, 1944. The smoke created by their bomb mingles with that from the enemy’s many smudge pots. 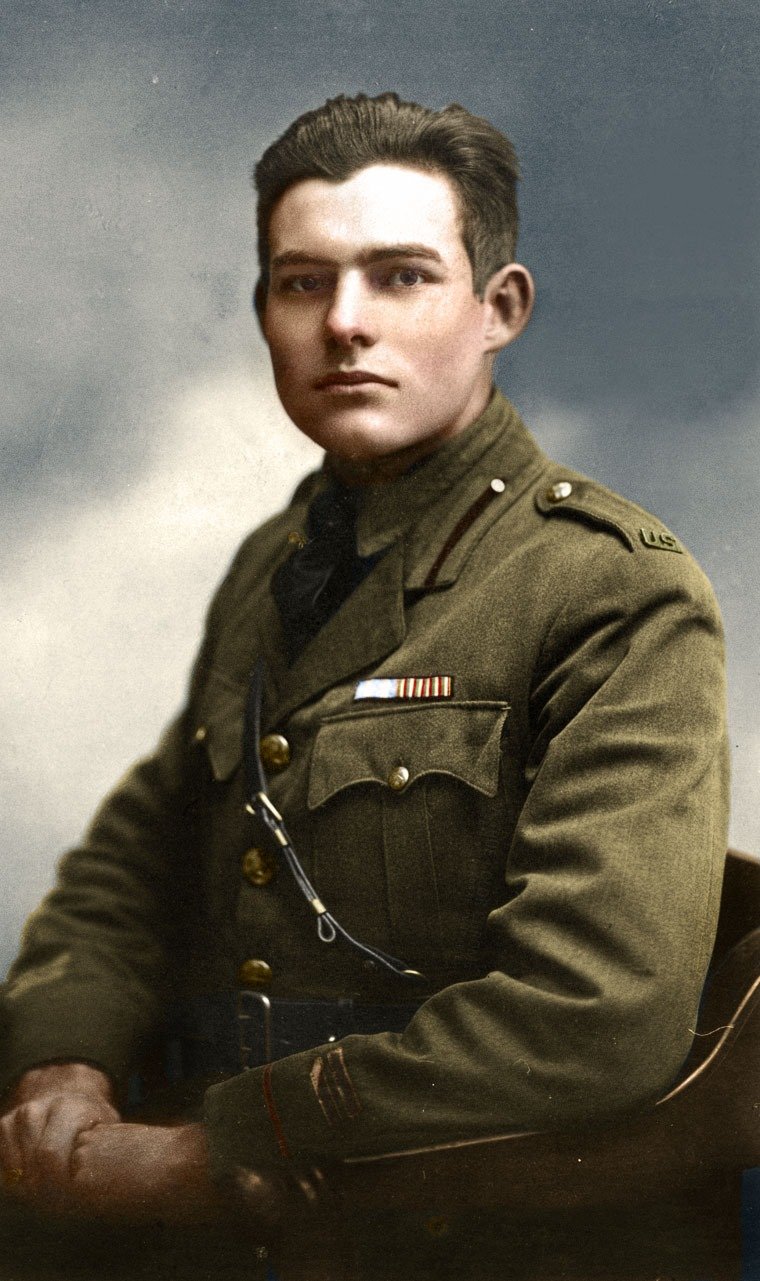 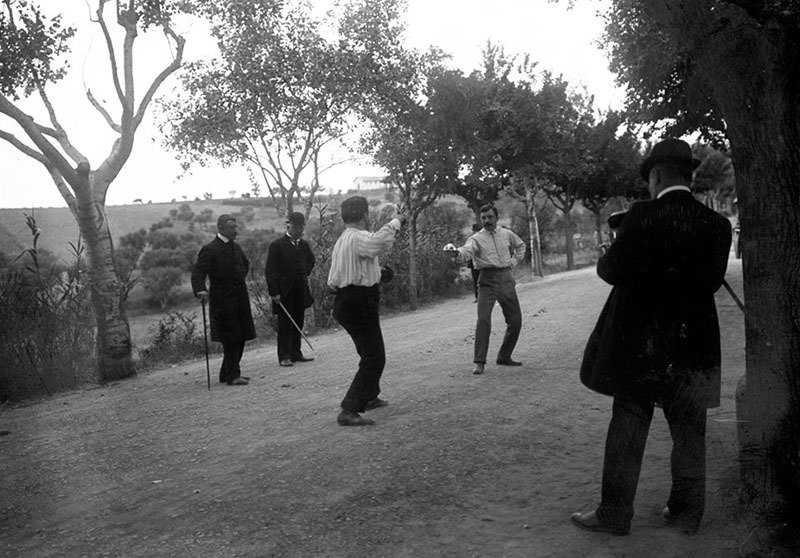 A duel between the leader of the Portuguese Republican Party (Afonso Costa) and the Count of Penha Garcia (José Frazão), by Joshua Benoliel, Lisbon Portugal, July 14 1908.

This duel was won by José Frazão after stabbing his opponent in the arm. 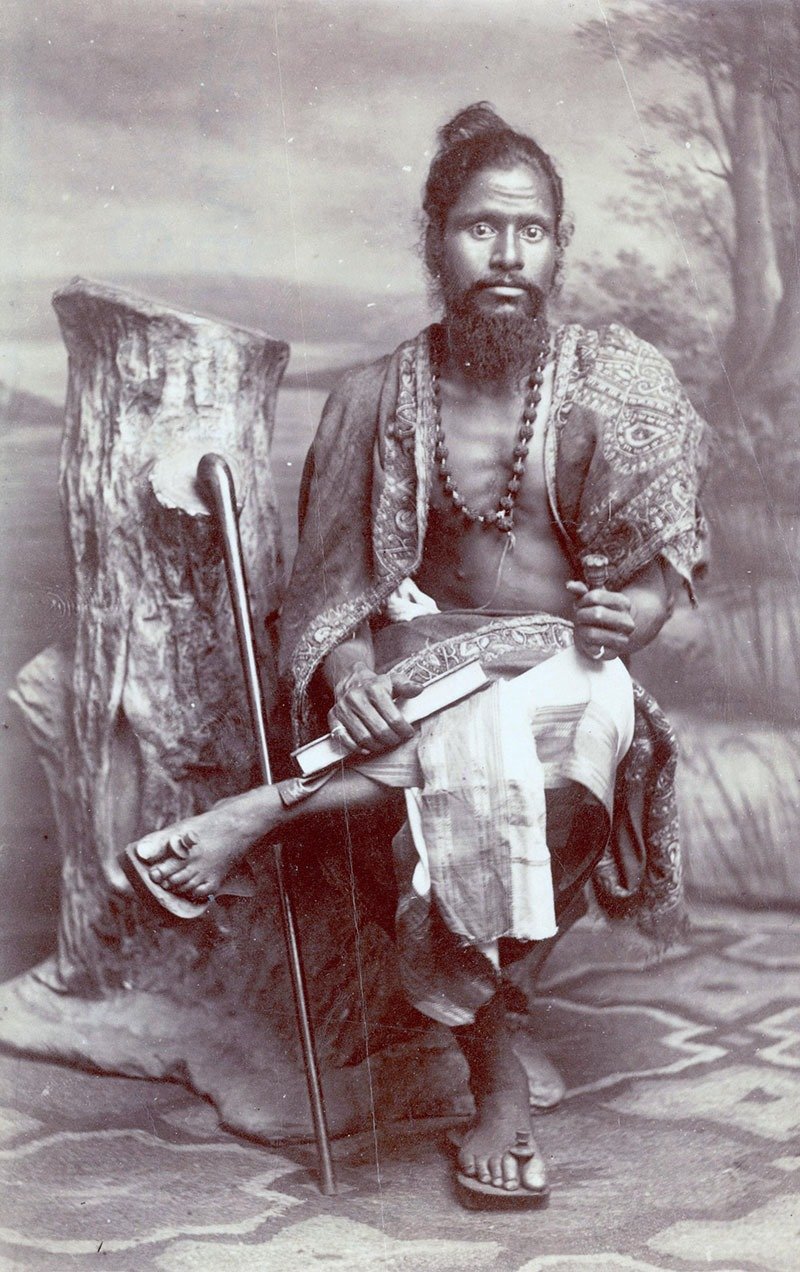