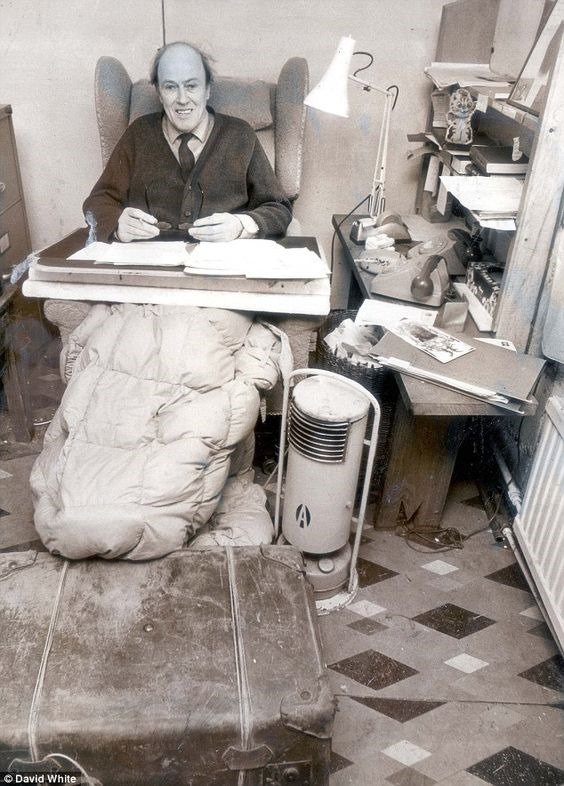 Roald Dahl in the garden shed where he wrote many of his books, including Charlie and the Chocolate factory. Photo taken in 1979. Great Missenden, Bucks. 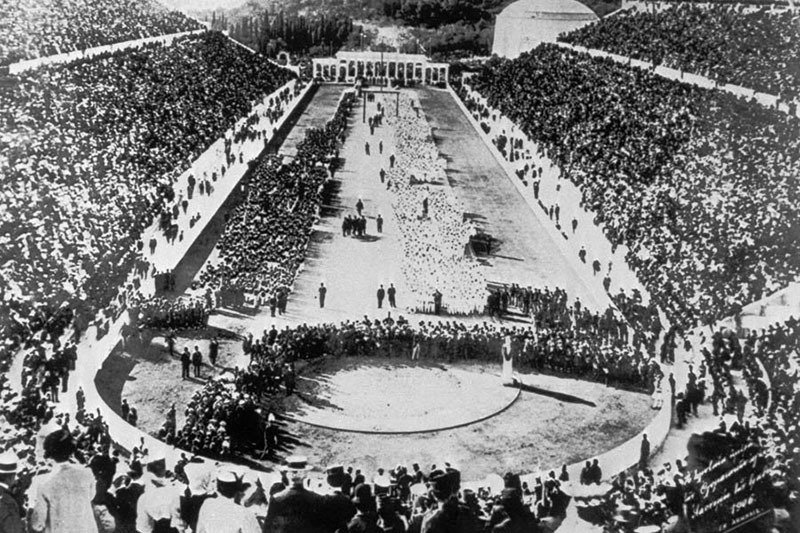 The Opening Ceremony of the first Modern Olympics in Athens, Greece. – 6th April, 1896.

The 1896 Summer Olympics, officially known as the Games of the I Olympiad, was a multi-sport event held in Athens, Greece, from 6 to 15 April 1896. It was the first international Olympic Games held in the modern era.

Because Ancient Greece was the birthplace of the Olympic Games, Athens was considered to be an appropriate choice to stage the inaugural modern Games. It was unanimously chosen as the host city during a congress organized by Pierre de Coubertin, a French pedagogue and historian, in Paris, on 23 June 1894. The International Olympic Committee (IOC) was also instituted during this congress. 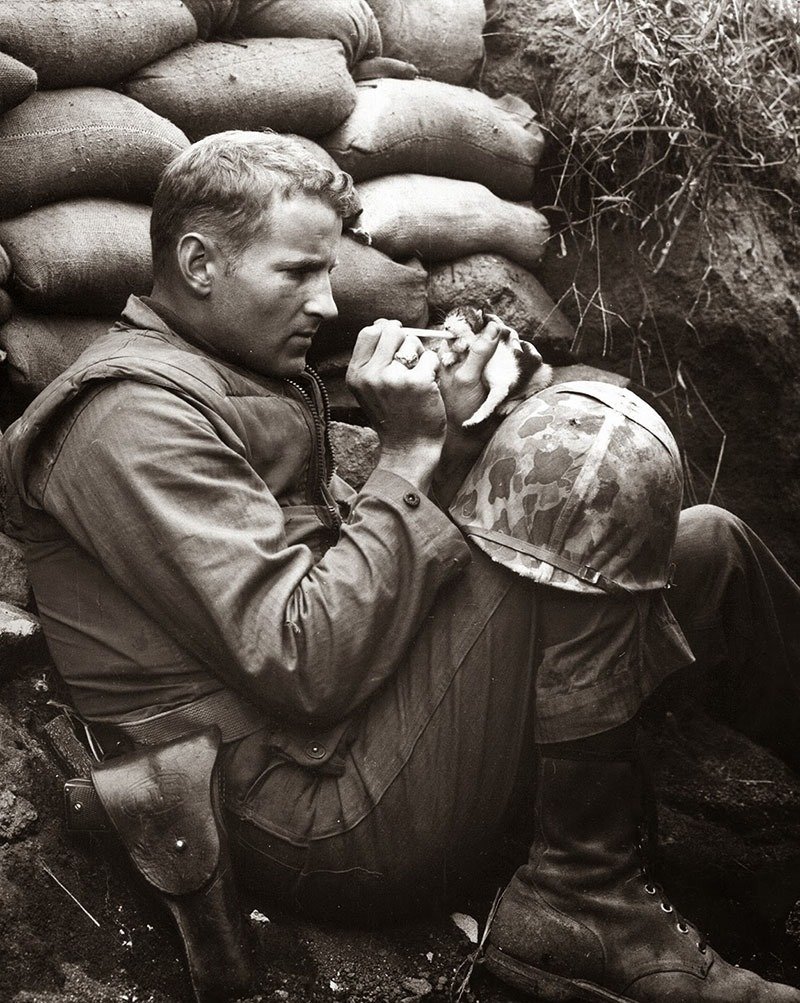 Marine Sergeant Frank Praytor leans against sandbags in a foxhole. The soldier softly holds a kitten he has named “Miss Hap.” The kitten gets that name because Praytor says she was born at the wrong place at the wrong time. The kitten was left an orphan after another soldier killed its mother for making too much noise. “Miss Hap” had a sister but another soldier who adopted it, rolled over in his sleep and killed it by accident. After Praytor left her to return home, she became something of a mascot for the company’s public information office. Praytor believes another soldier, corporal Conrad Fisher, eventually adopted her, and brought her home to the United States. 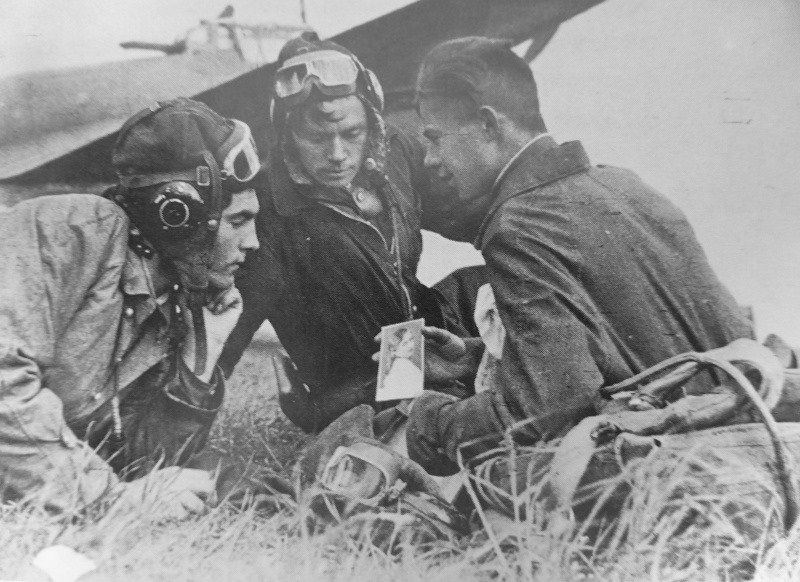 A Soviet pilot showing the photo of his girlfriend, 1944.

The airplane in the background is a Pe-2 (Petlyakov) light bomber. It is one of the finest ground attack aircraft on the Eastern Front. Somewhere around 11,000 were built during the war, making it the third most manufactured aircraft during the war. These planes had 3 man crews so I would suppose that this picture is of one the men in the crew showing the other his girl.

Pe-2 aircraft were usually daylight bombers, were prone to attacks from the rear, susceptible to on board fires and overall had a very low survival rate. Crews could expect to survive around 30 missions. 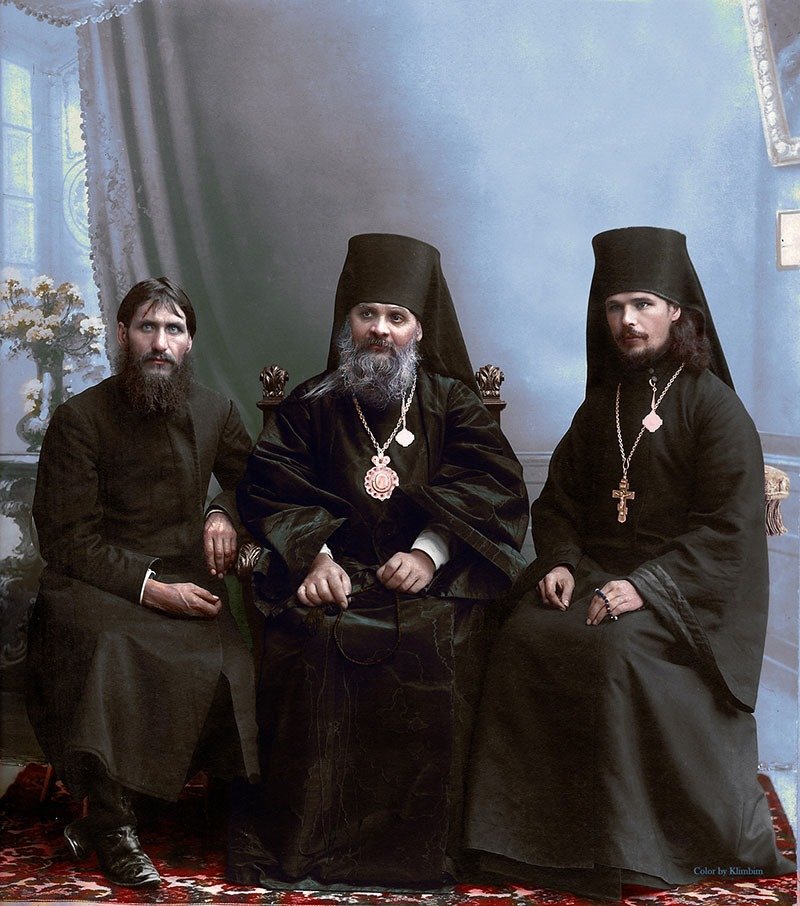 There is uncertainty over much of Rasputin’s life and the degree of influence that he exerted over the weak willed Tsar and the strong willed Alexandra Feodorovna, his wife. Accounts are often based on dubious memoirs, hearsay, and legend. While his influence and position may have been exaggerated, (Rasputin became an easy scapegoat for Russian aristocrats, nationalists and liberals, synonymous with power, debauchery and lust) his presence played a significant role in the increasing unpopularity of the Imperial couple. 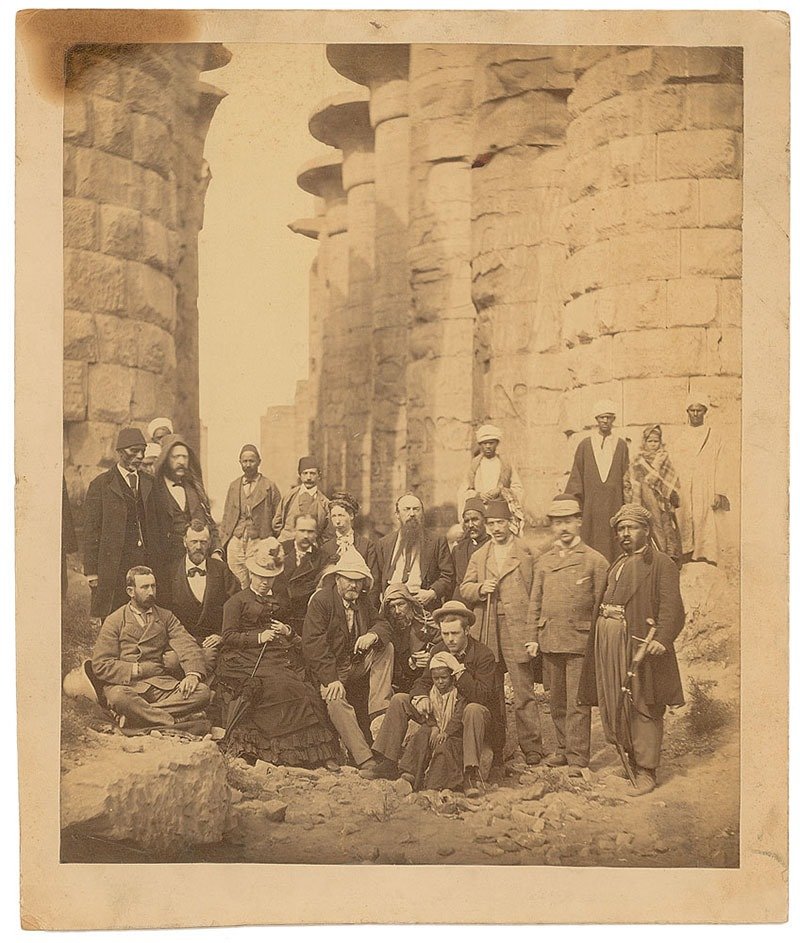 U. S. Grant, his wife Julia, and his sons Frederick and Jesse, posing alongside their guides and porters at the Karnak Temple Complex near the ancient city of Thebes., 1878.

This was during his two year long world tour. Emperor Pedro II of Brazil went on a series of year long trips at around the same time, and he didn’t want to return to Brazil. He really enjoyed it. Pedro II on at least one occasion actually used a different name to act as a common person. By 1870, travelling for men of this class was no longer uncomfortable. Steam powered ocean liners made travelling by ocean fairly fast, and comfortable (if you had money). On land, most areas they would visit had rapidly expanding railroad systems, which again were fairly comfortable if you had money. Being foreign dignitaries, every stop they could expect a reception by the local government, and suitable accommodations for their stay. 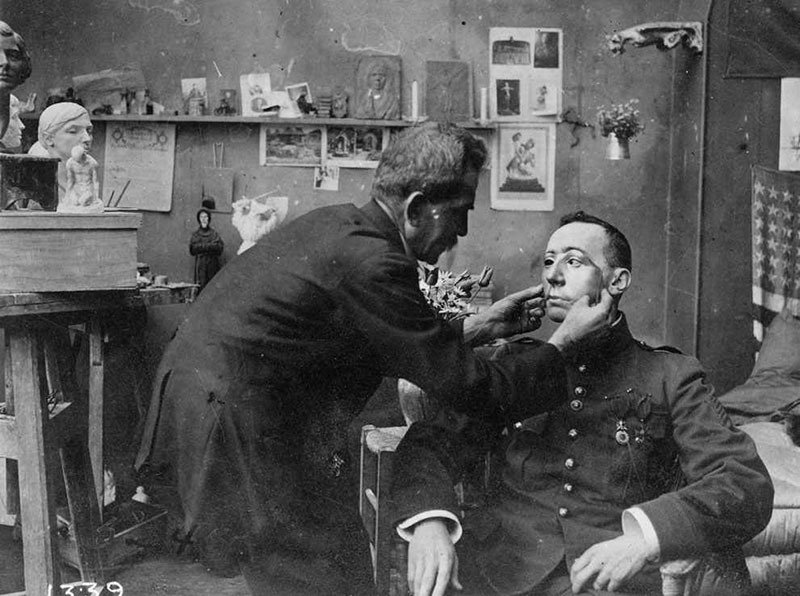 French soldier whose face was mutilated in World War I, being fitted with a mask made at the American Red Cross studio of Anna Coleman Ladd (1918). Ladd’s services earned her the Légion d’Honneur Croix de Chevalier and the Serbian Order of Saint Sava. 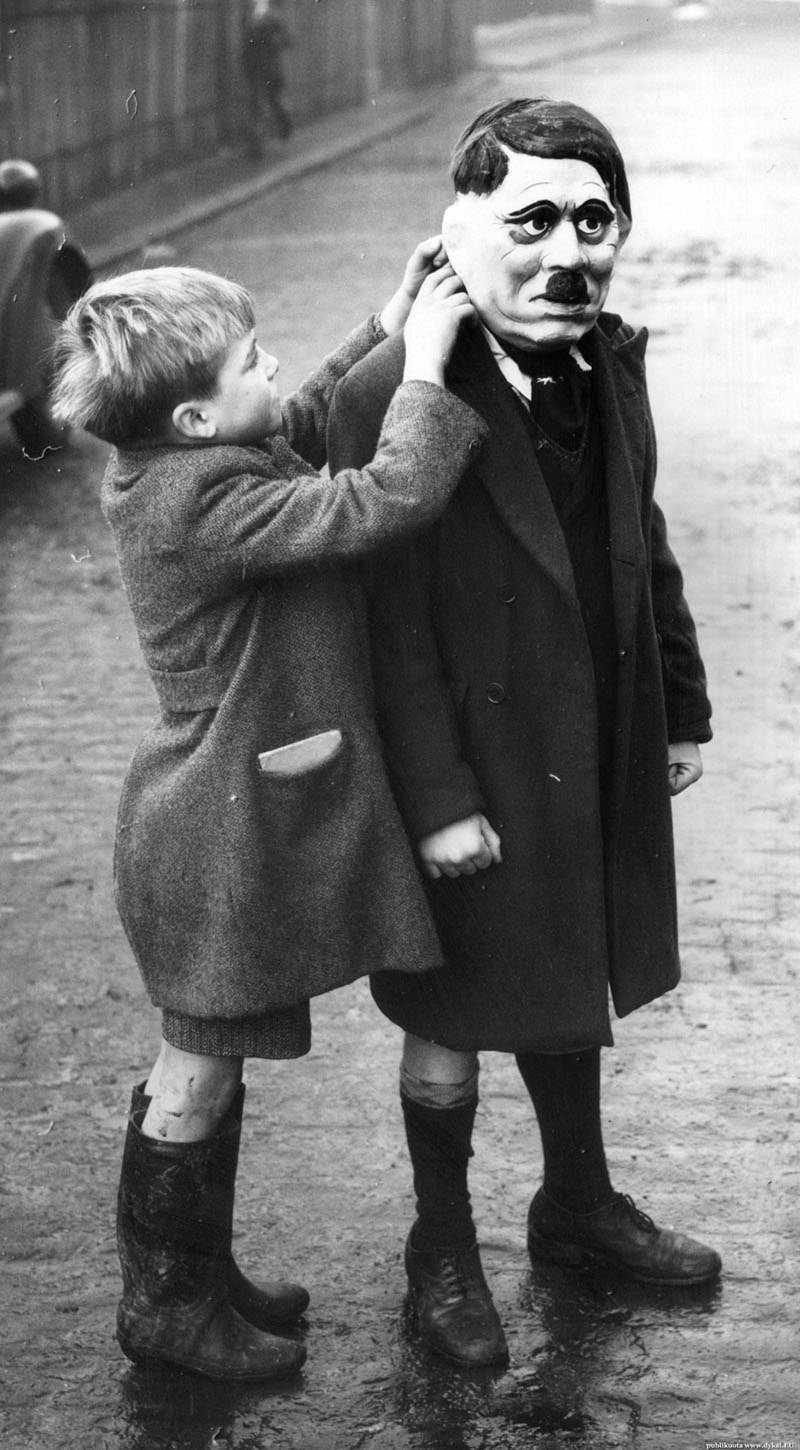 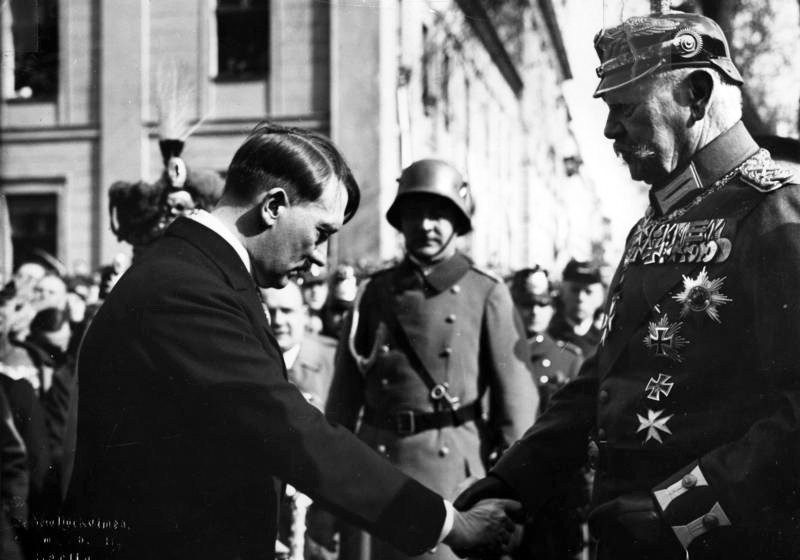 Adolf Hitler greets Paul von Hindenburg at the opening of the new Reichstag in Potsdam, Germany, 21 March 1933. Paul von Hindenburg was a German military officer, statesman, and politician who served as the second President of Germany during the period 1925–34. 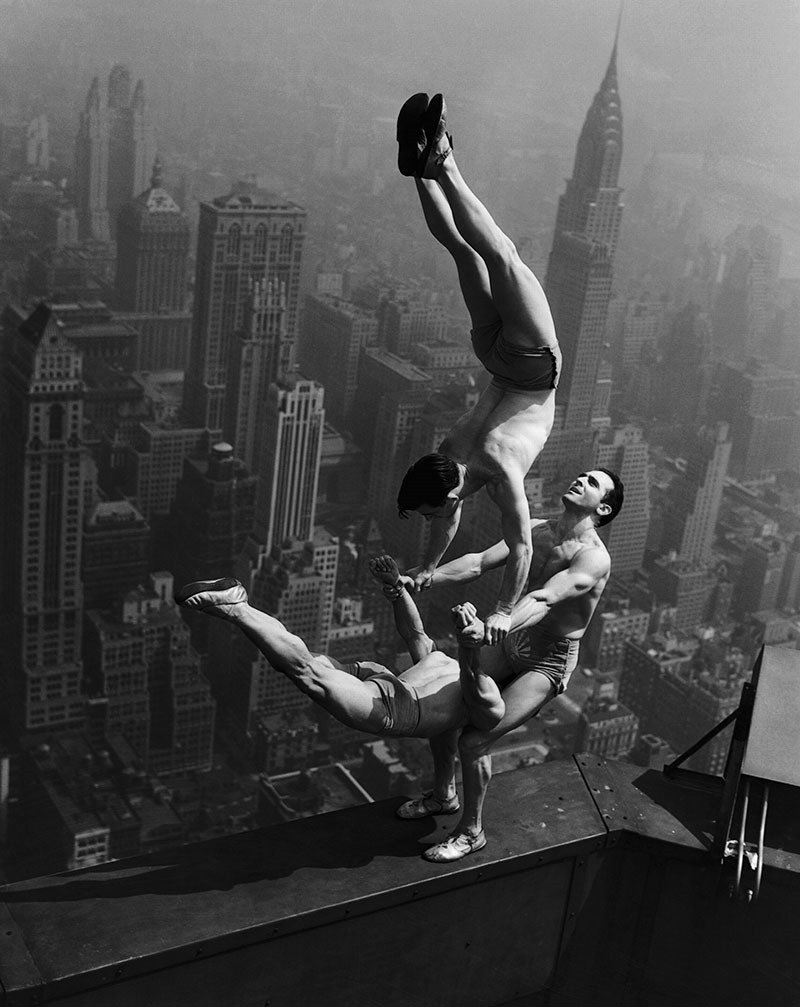 Acrobats at the top of Empire State Building, possibly May 1, 1931. Here is the video of the stunt.