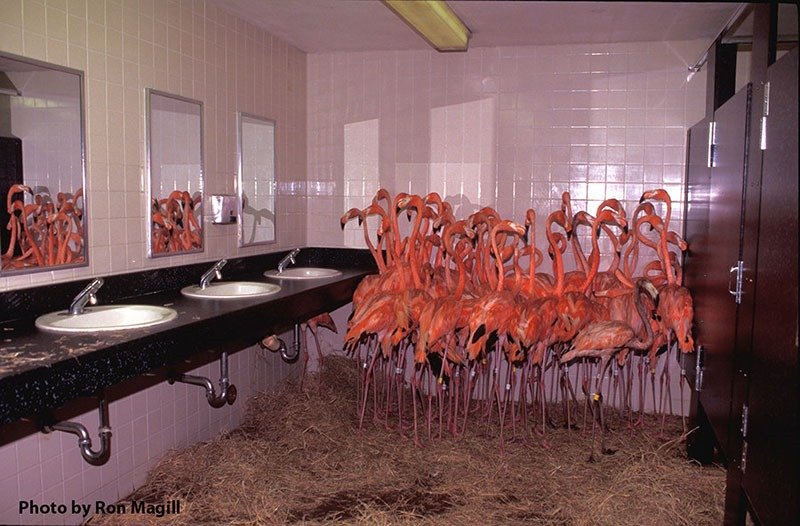 Flamingos huddled together in the bathroom at Miami Zoo during Hurricane Andrew (August 24, 1992). Flamingoes are so fragile; a big stressor like that could even kill one! I’m sure that was very scary for the zookeepers.

The logistics and creative thinking that have to go into protecting the animals at times like that are so impressive, not to mention that the keepers still have to go in every day (or sleep at the zoo overnight) during natural disasters to make sure the animals are cared for. 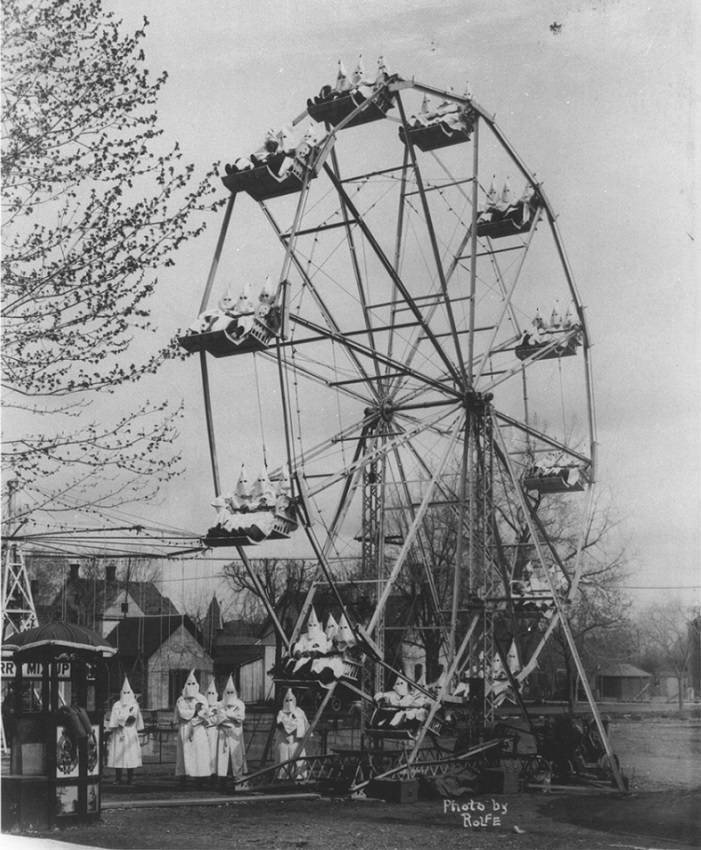 Ku Klux Klan members enjoying an amusement park ride, 1925. This is from Canon City, Colorado. People might be surprised (I was) to learn that Colorado was one of the main Klan states in the early 20th century. Here’s some more history behind the photo. 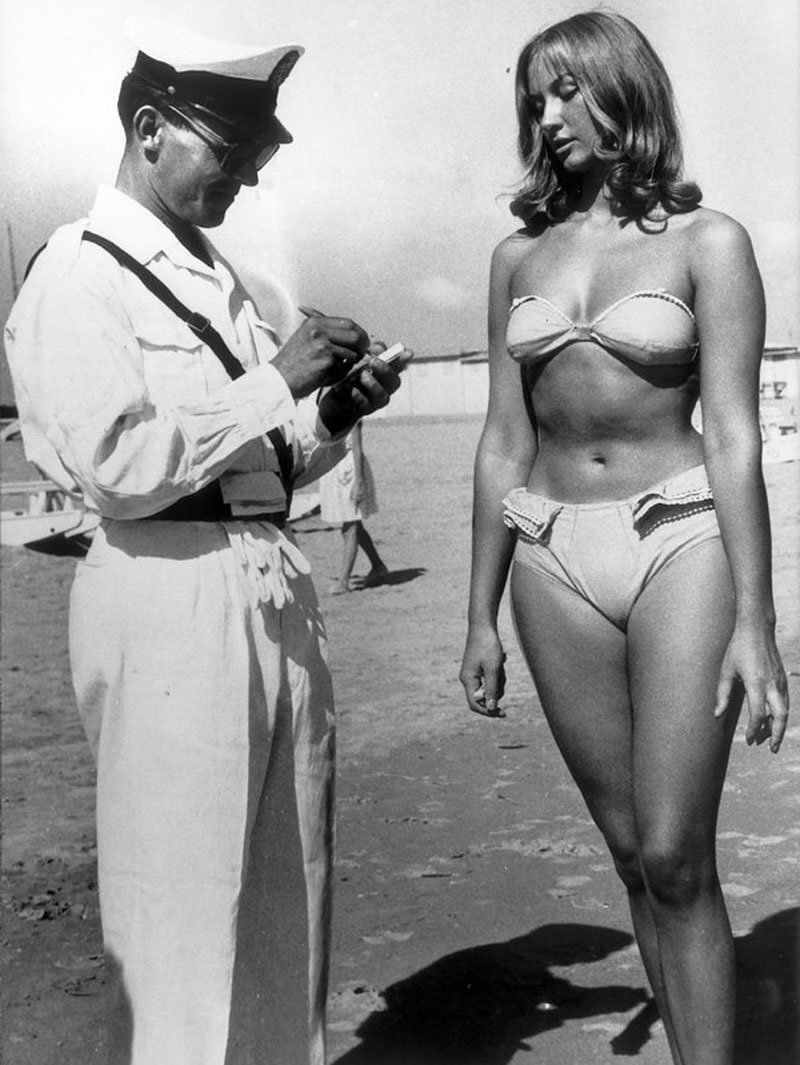 A police officer issuing a woman a ticket for wearing a bikini on a beach at Rimini, Italy, in 1957. 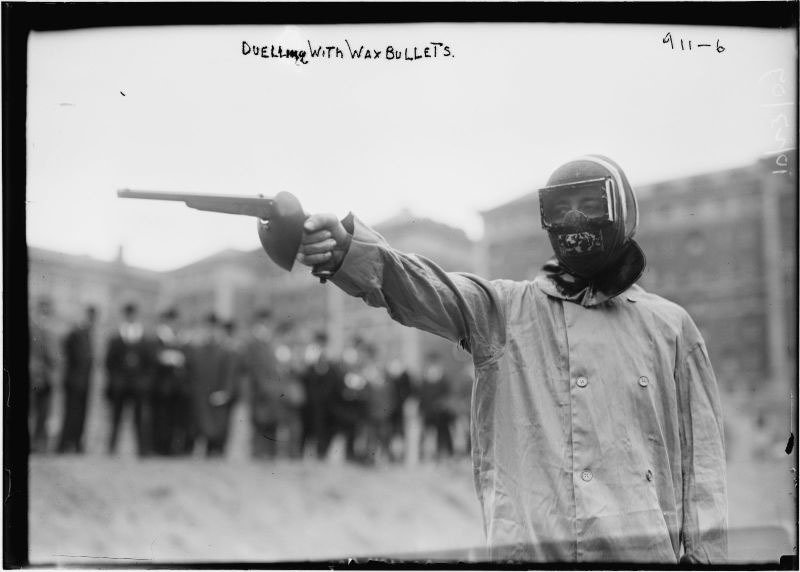 One of the lesser known Olympic events, pistol dueling was a popular sport in the late 19th and early 20th centuries. It was certainly not the deadly past time of generations earlier, where young gentlemen killed each other over matters of honor. Rather pistol dueling had transformed in a safe sport. Conventional pistols were used, however they fired cartridges with wax bullets which lacked gunpowder, the wax bullet being propelled by the force of the primer only. Contestant wore a mask to protect the face, and the pistols had special shields to protect the user’s hands.

Pistol dueling was introduced in the 1906 Olympics, but was discontinued after the 1912 Stockholm Olympics. A poll conducted before the 2000 Sydney Olympics showed that 32 percent of respondents would like to see dueling pistols reinstated as a sport. 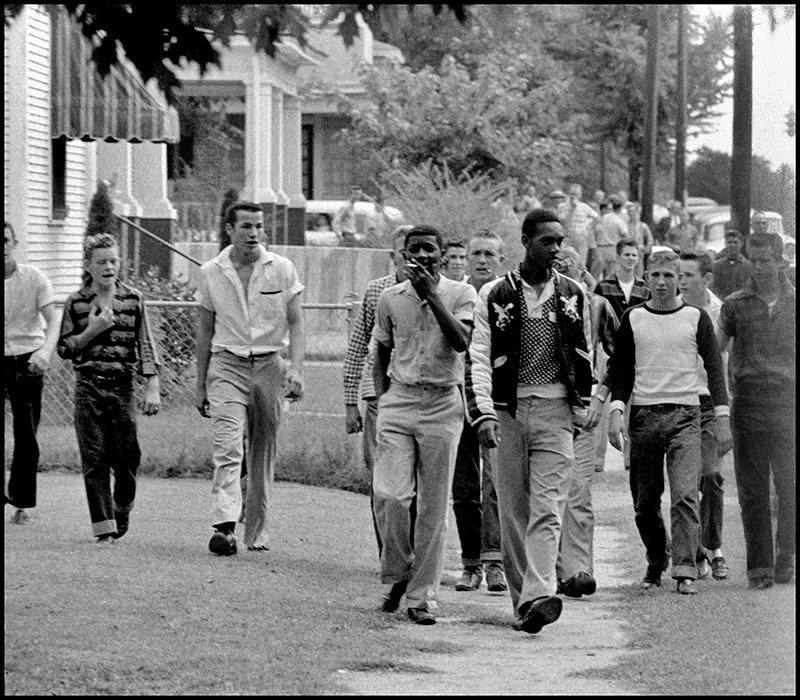 Two black students are harassed by classmates on their way to school – Little Rock, Arkansas (1957). 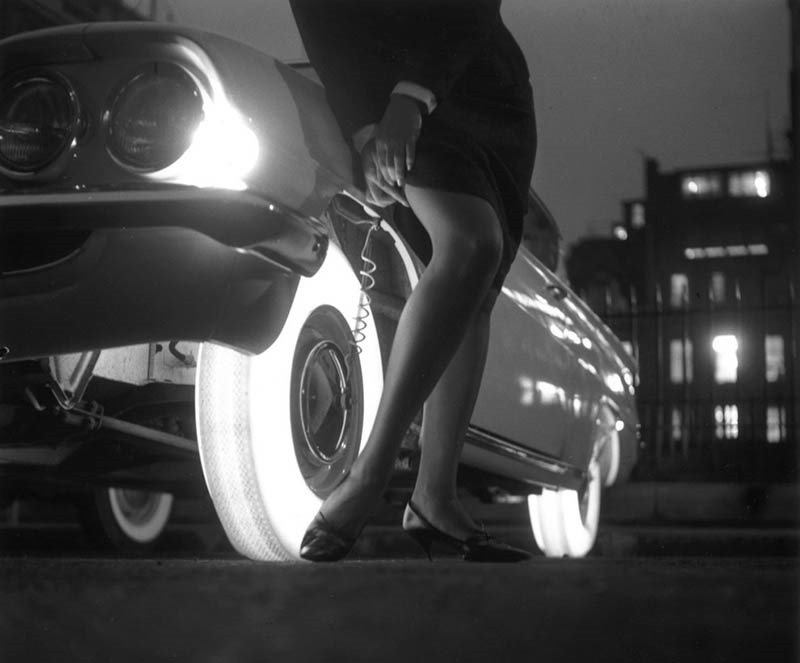 In 1961, Goodyear released a tire that used mounted light bulbs in the wheel rim to make the tires glow in the dark but they never went into production. 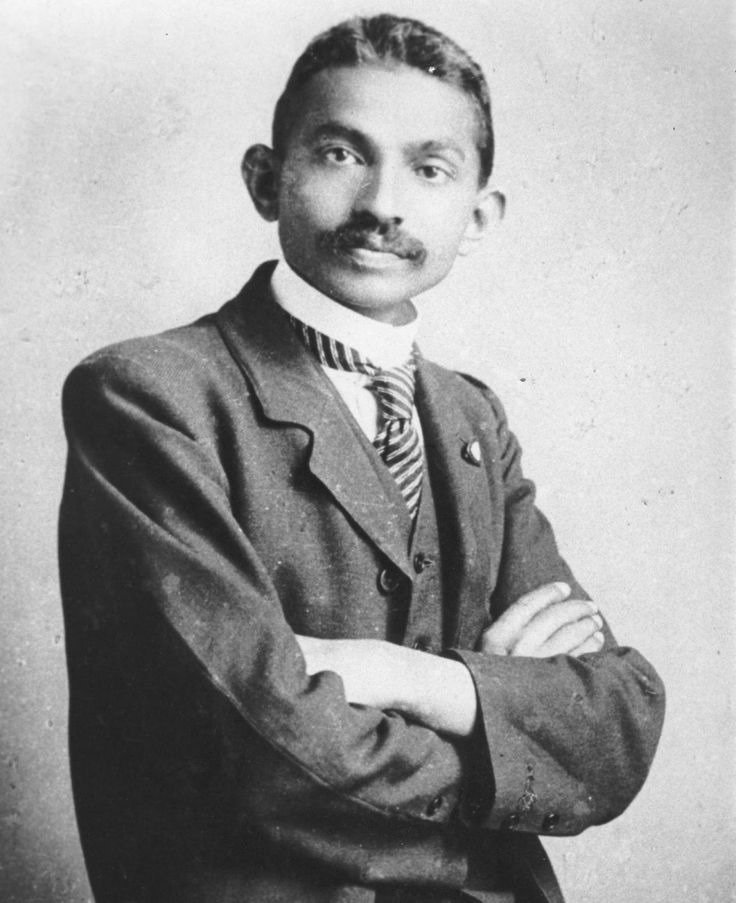 Mahatma Gandhi as a young attorney, 1893.

Mohandas Gandhi’s legal career is an ironic twist of history. As a young lawyer, Gandhi suffered from social anxiety so severe that he was unable to properly address witnesses and judges in court. When he traveled to South Africa in 1893 it wasn’t to right social wrongs, it was an attempt to salvage his failed legal career. Gandhi needed a way to feed his family, and South Africa was the only place he was able to find a job.

Obviously, he eventually overcame his anxiety with a lot of hard work. And in South Africa he learned to draw strength by speaking up for others. 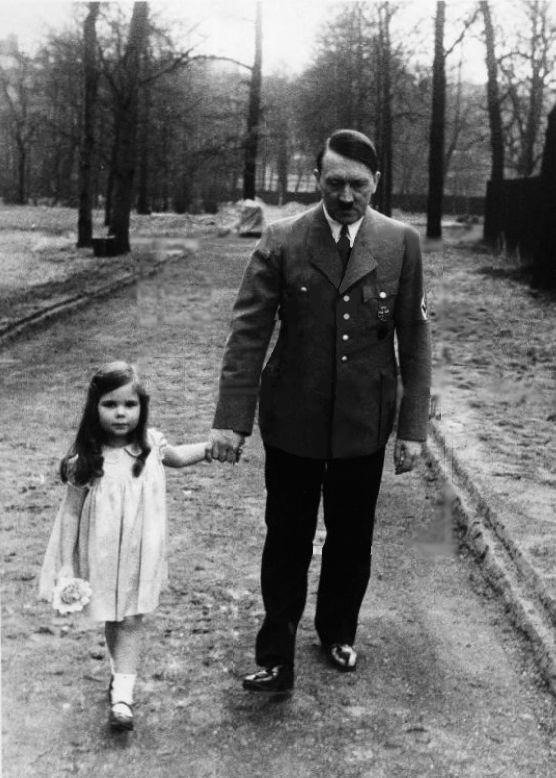 Adolf Hitler on a walk with Helga Goebbels, 1936. Helga was later killed with cyanide by her parents with her siblings in Hitler’s bunker in 1945. 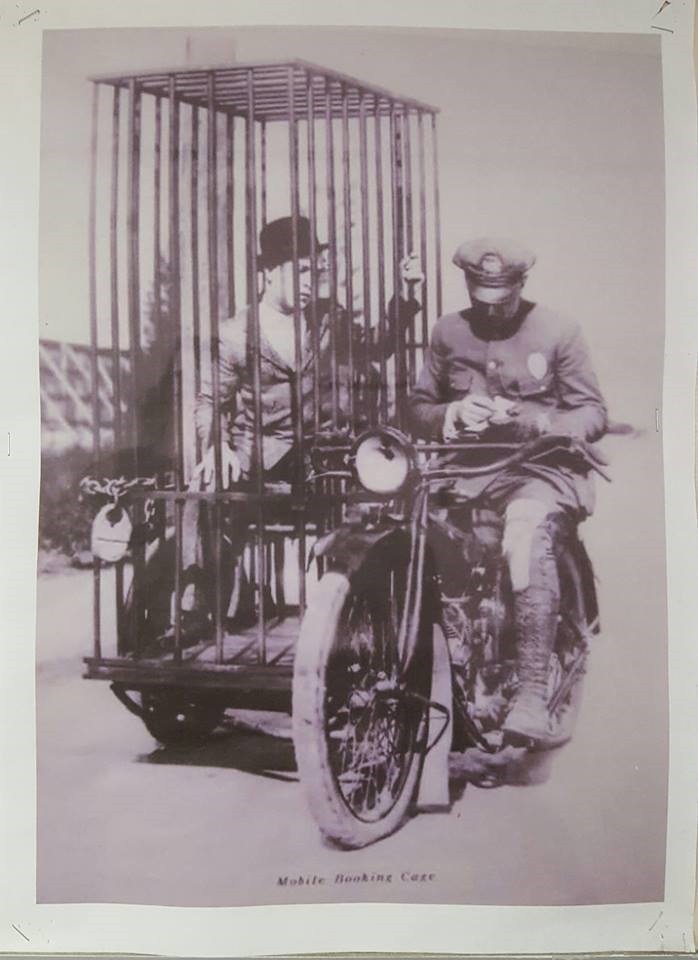 Motorcycle police in the 1920s. 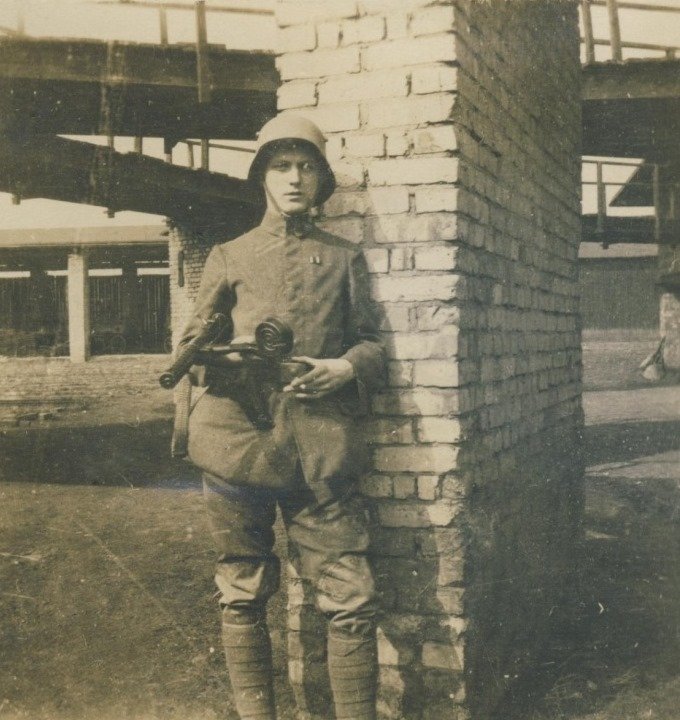 A German soldier in France carrying an MP18, the world’s first sub machinegun, one of only a few thousand of the revolutionary weapons produced before the end of the war, Spring 1918.