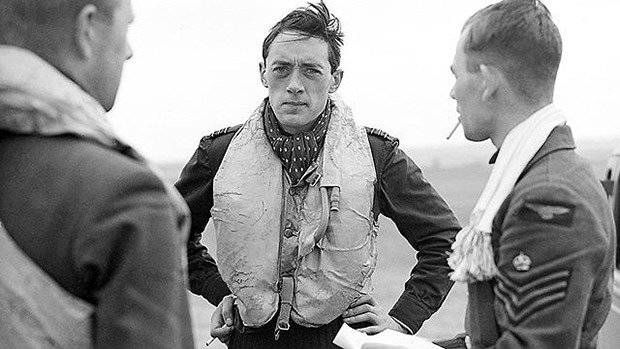 The average age of an RAF pilot in 1940 was 20. The strain they were under is clearly written on the face of Squadron Leader Brian “Sandy” Lane pictured here aged 23. He was killed in combat 2 years later. Being on bomber command was pretty much a death sentence. The average life expectancy was around 6 weeks. 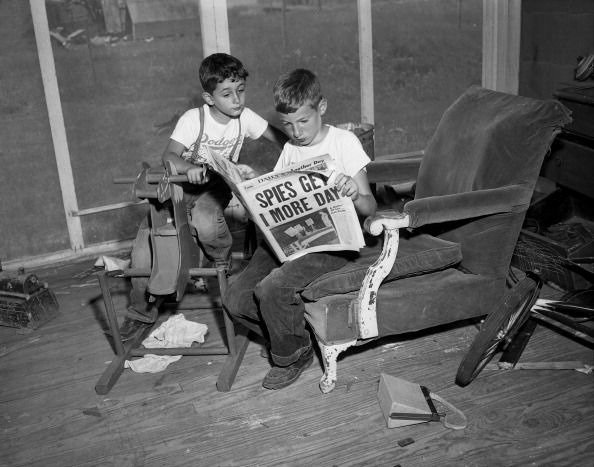 Six-year-old Robert and 10-year-old Michael read the newspaper announcing that their parents, Ethel and Julius Rosenberg, have one more day to live. New Jersey. (June, 1953). The Rosenberg boys were adopted by Abel and Anne Meeropol and took the Meeropol family name. They campaigned for many years to have their parents exonerated. However, after the 2008 confession of Morton Sobell they conceded that their father had been a spy but their mother was innocent. Ethel Rosenberg was falsely implicated by her brother David Greenglass. 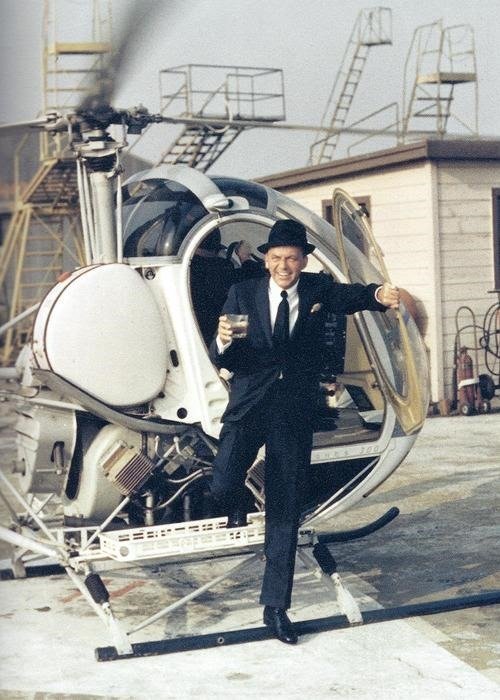 Frank Sinatra stepping off of a helicopter with a drink in his hand, by Yul Brynner, (1964). 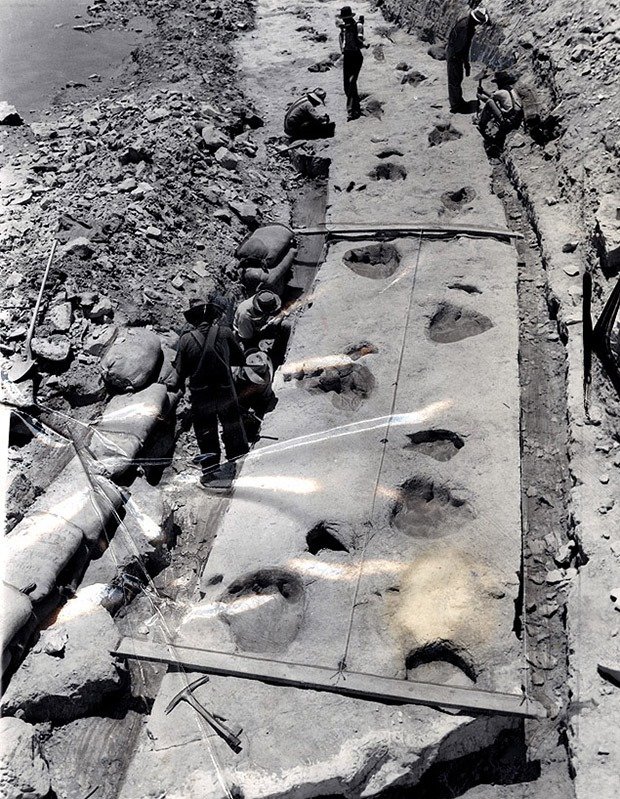 Dinosaur tracks in prehistoric limestone are removed from the bed of the Paluxy River in Texas. (1952). The dinosaur tracks were moved to Austin and are now on display at the University of Texas. Here there is evidence that the Dinosaurs roamed earth and right outside the park is a “Creationist Evidence” museum. The founder of the museum tried to extract tracks and destroy them. He took a bunch from private land but got busted doing it on state property. 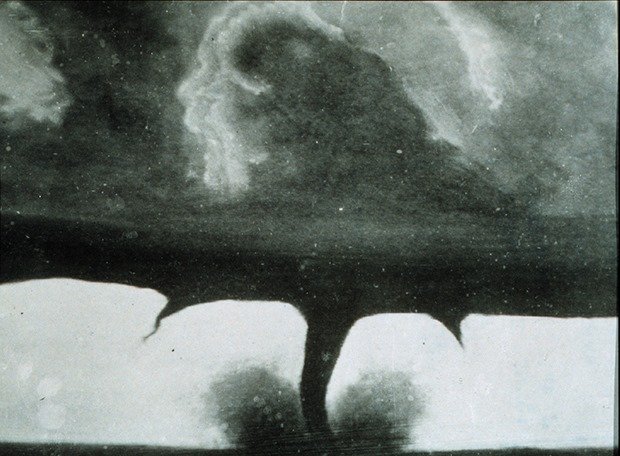 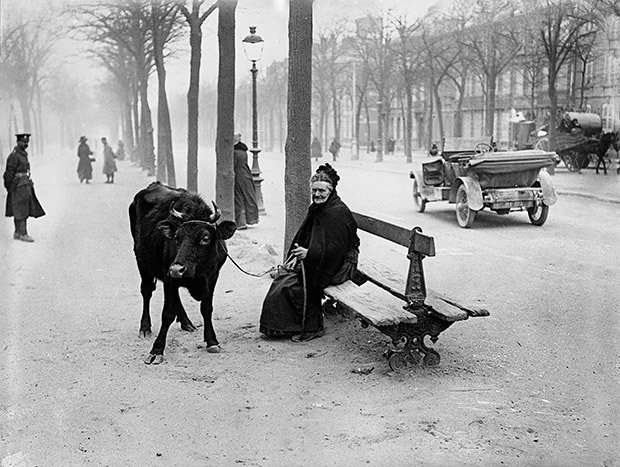 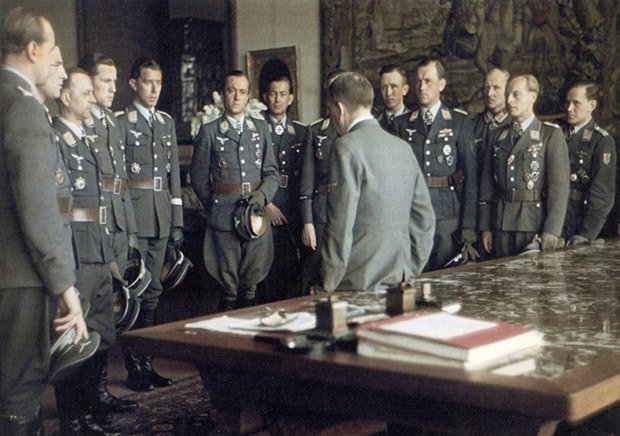 Luftwaffe aces meet Hitler after an awards ceremony at the Berghof. (April 4, 1944). Photo by Walter Frentz.  By April 1944 things were not looking great for Germany. It shows on their faces. D-Day would come about 2 months after this picture was taken. At this point in time Hitler was a frail, drug-addled disaster. It was amazing how many drug cocktails he was consuming on a day-to-day basis. The documentary “Hitler’s Hidden Drug Habit: Secret History” really shows just how unhealthy and drug addicted he was. It makes you wonder what would have happened in World War II had he relinquished his power to someone who was more fit to run the Third Reich; or if any of the planned assassination attempts on his life would have been successful. 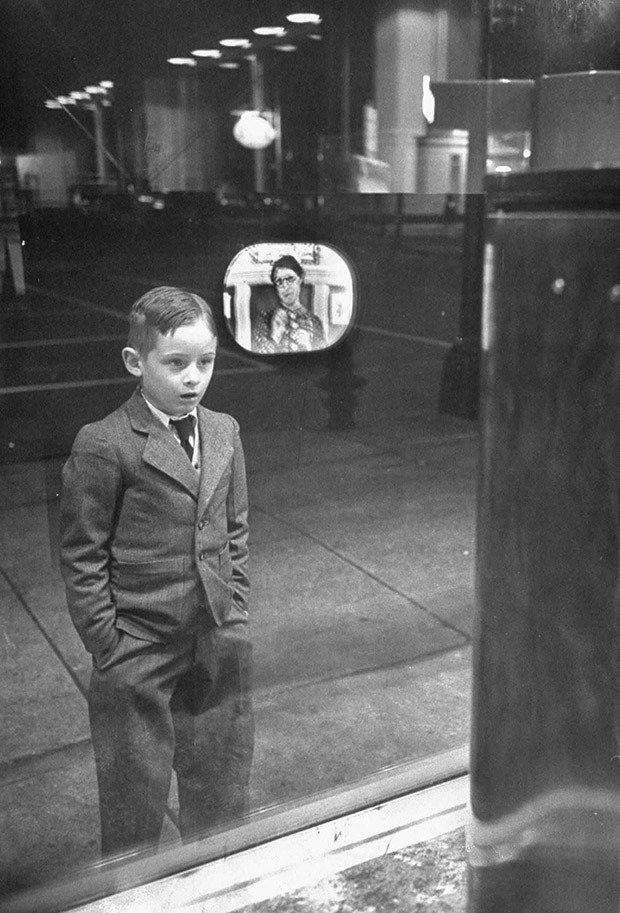 Boy watching TV for the first time in an appliance store window. (1948). 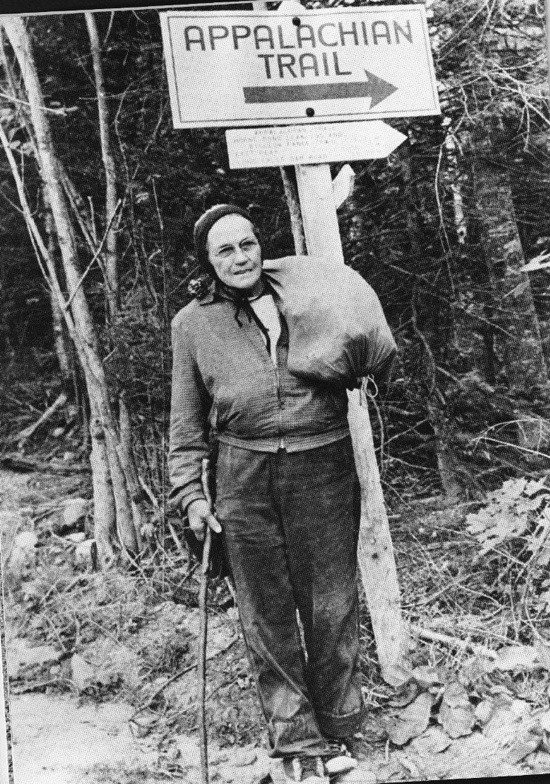 Emma Gatewood who, at age 67, became the first solo female thru-hiker of the Appalachian Trail (1955). She wore Keds sneakers, and carried an army blanket, a raincoat, a plastic shower curtain for shelter in a homemade bag. 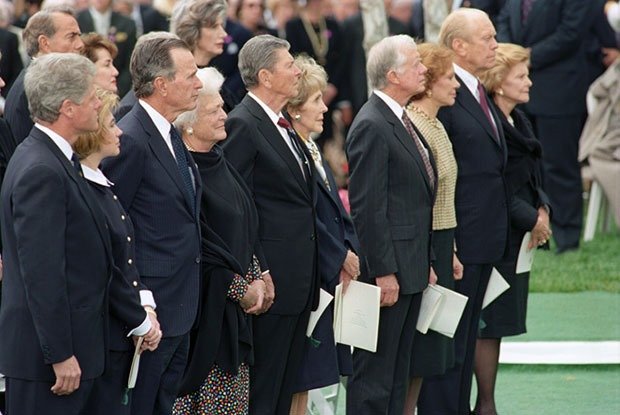 Five US presidents at the funeral of Richard Nixon. (April 27 1994). Left to right: Bill Clinton, Hillary Rodham Clinton, George H.W. Bush, Barbara Bush, Ronald Reagan, Nancy Reagan, Jimmy Carter, Rosalynn Carter, Gerald Ford, Betty Ford. Nixon died following a stroke four days earlier aged 81. The funeral was held at the Nixon Presidential Library in his hometown of Yorba Linda, California. Nixon was laid to rest beside his wife Pat who had died a year earlier on June 22, 1993. As a side note, Barbara Bush looks older than everybody else there. In the 80s, it was an ongoing joke that George HW Bush married his mother. 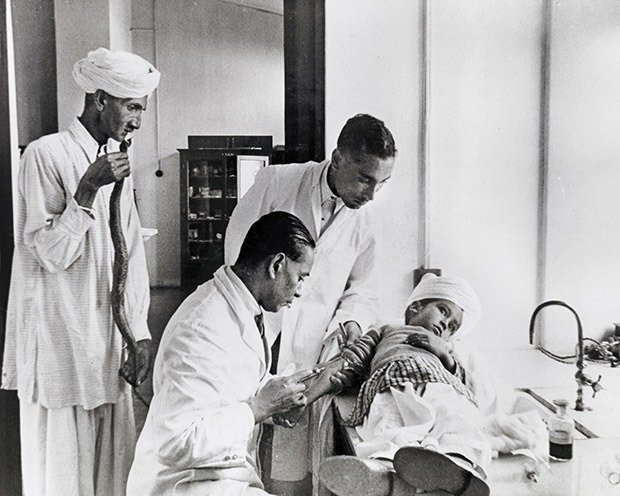 A young boy is being treated at the Central Research Institute in Kasauli, in the Himalayas, after he was bitten by a Russell’s viper, one of the deadliest snakes in India. His father has brought the dead snake along for identification. (1943). “The viper is dead; the boy will live,” read the caption for this photo, published in the October 1943 issue of National Geographic. “At Kasauli, in the Himalayas, is the Central Research Institute which produces serums against snakebites and rabies. Since the identity of the Russell’s viper was known [the father holds the dead snake at left], the frightened lad has a nine-to-one chance for recovery.” The Indian clinic specialized in producing antivenoms and rabies serums. During World War II it was tasked with producing large enough quantities of all manner of antidotes for both military and civilian use. The Russell’s viper—profuse in many parts of Asia—has one of the deadliest bites. 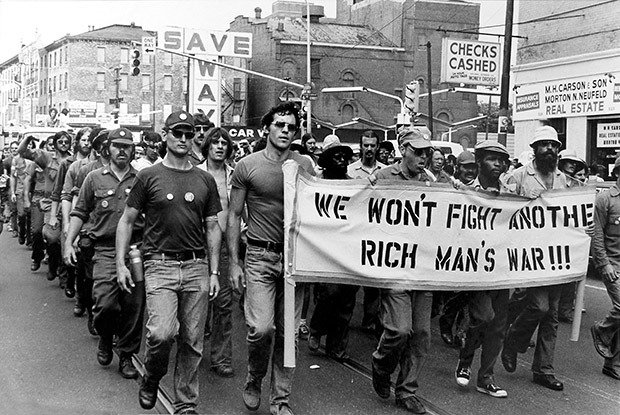 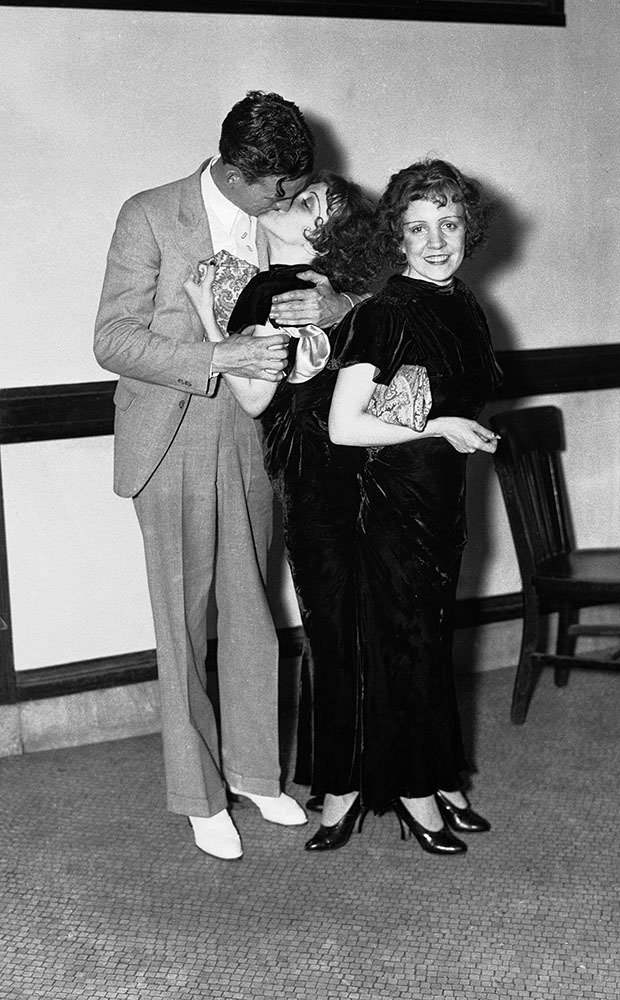 Maurice L. Lambert kisses his fiancee Violet Hilton, as they pose with her conjoined twin sister, Daisy Hilton in New York, July 5, 1934. Maurice and Violet were denied a marriage license by judges in 21 states because they considered it “immoral.”

Daisy Hilton and Violet Hilton were a pair of English conjoined twins or Siamese Twins. They were exhibited in Europe as children, and toured the United States sideshow, vaudeville and American burlesque circuits in the 1920s and 1930s. Violet was the first to fall in love, but she was at first denied a lawful marriage. Judges in 21 states considered it “immoral.” It was Daisy who pleaded with the public to allow her sister the happiness she sought; it was also just another moment of heartbreak in a life full of them. They’d vowed to one another that when it was time, they would go together. In 1969, the Hong Kong flu swept through Charlotte indiscriminately, taking one, briefly sparing another. Daisy passed first. Violet died between two and four days later.