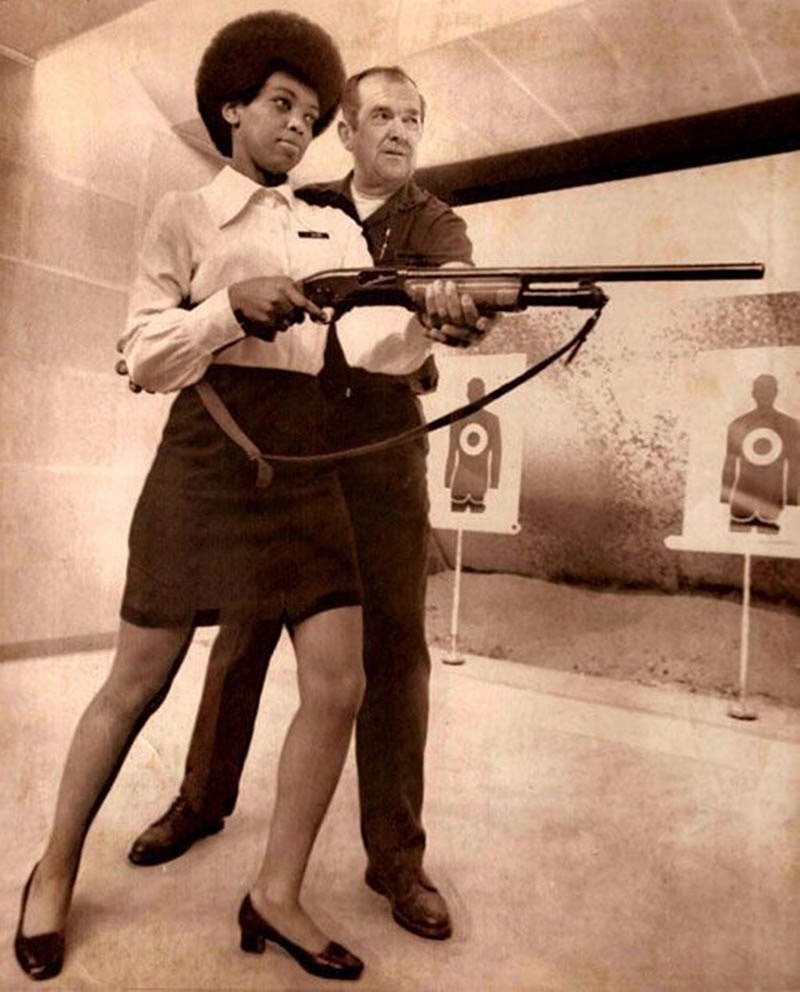 Saundra Brown, the first black woman on the Oakland police force, gets instructions on how to shoot a shotgun, 1970. She is currently a federal judge. 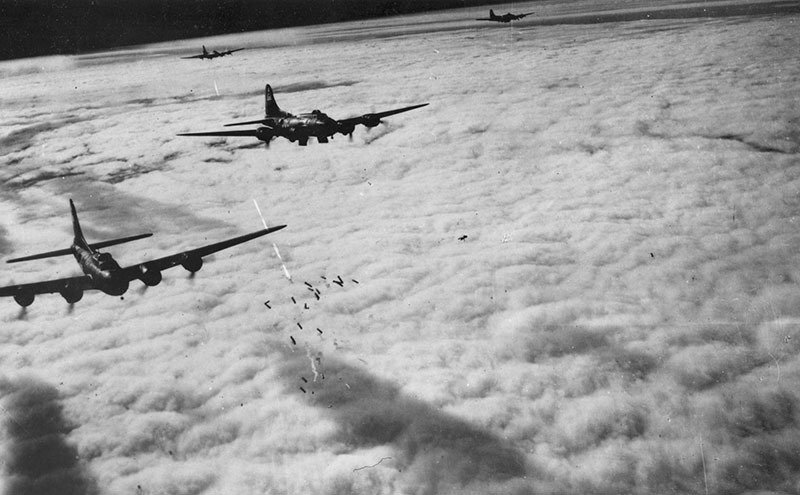 Boeing B-17F bombing through an overcast Bremen, Germany (1943). B-17 tended to fly as high as they could and according to survivor accounts, you didn’t hear or see the planes, since you were (hopefully) huddled in an air raid shelter by the time they got to you. You did experience the bombs, though, especially if you were in an above-ground shelter. For them, the terror was getting woken by the sirens in the middle of the night and having fifteen minutes to get to safety. Then, when the all-clear was given, people often had a hard time finding their way home with all the smoke from fires and smoke screens, the altered cityscape, and sometimes their house simply wasn’t there anymore. 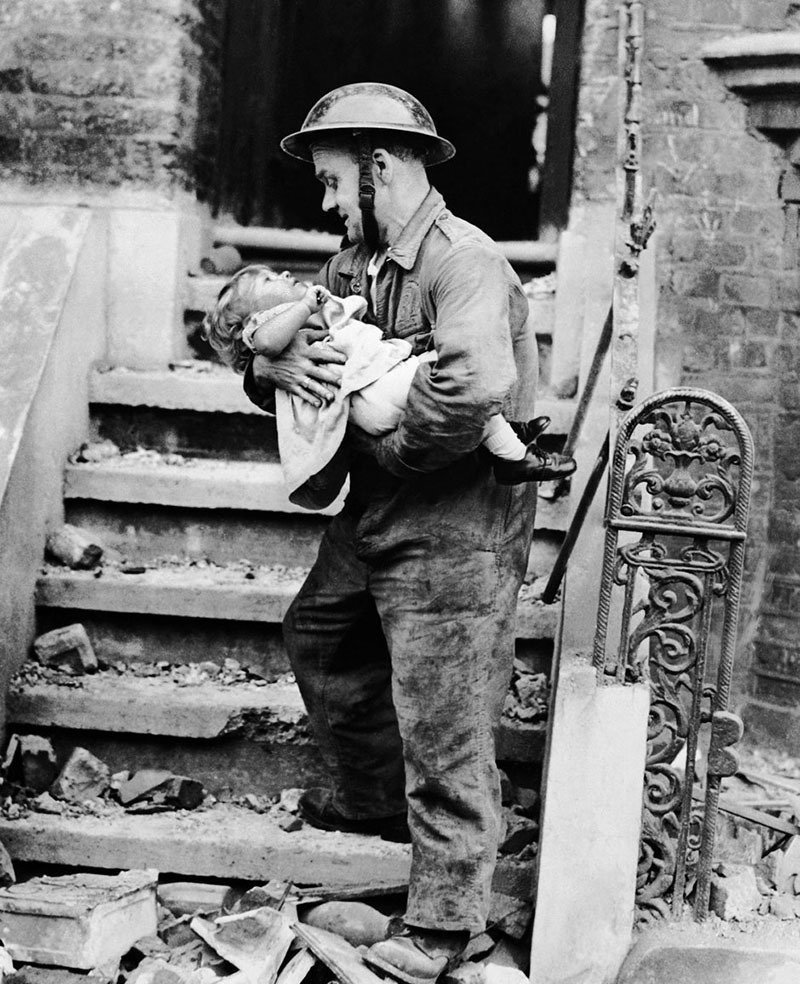 A soldier rescues a girl named Barbara James from the ruins of her home after a series of bombings, London, 1944. 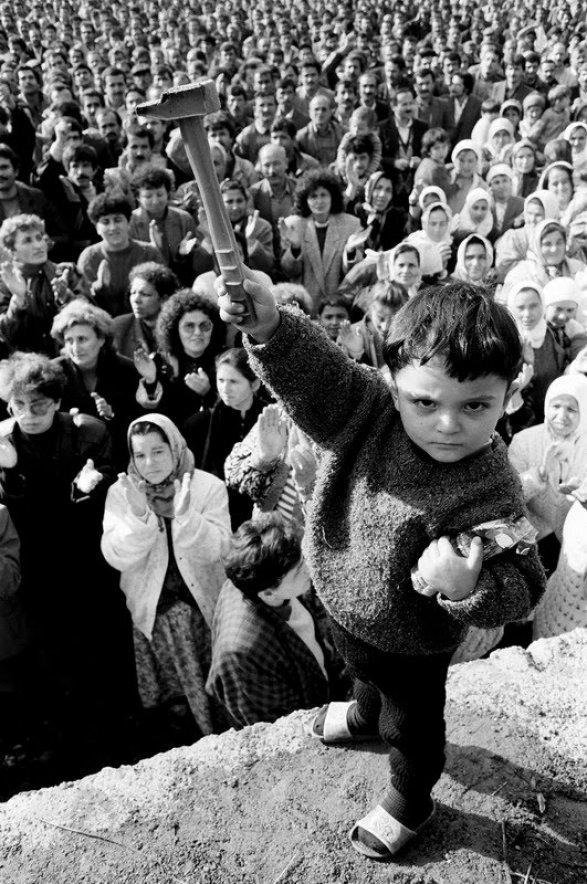 A young Turkish boy raises up a hammer during a solidarity rally for the 42,000 miners on strike in the Zonguldak coal fields, November 1990. 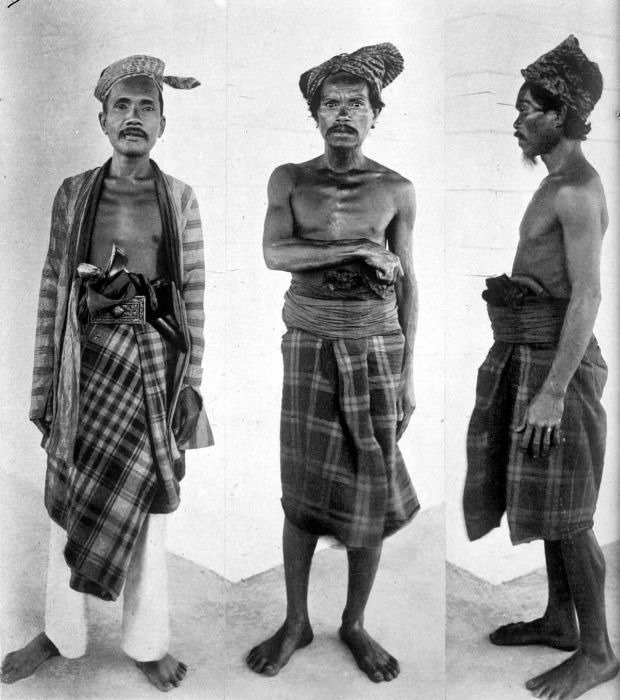 They’re probably not wearing a pistol but a kris. The Dutch Museum for the Tropics has digitized a large amount of photographs from the Dutch colonial era in partnership with Wikimedia. Unfortunately the museum has seen experienced significant cuts in their government funding. Still worth a visit if you’re in Amsterdam. 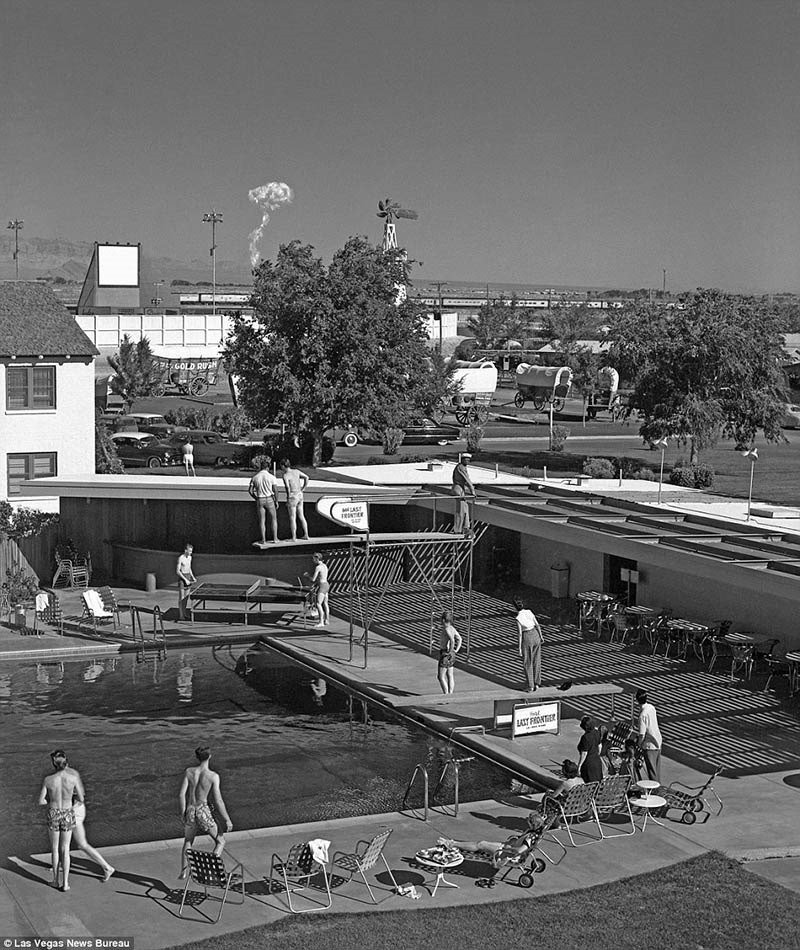 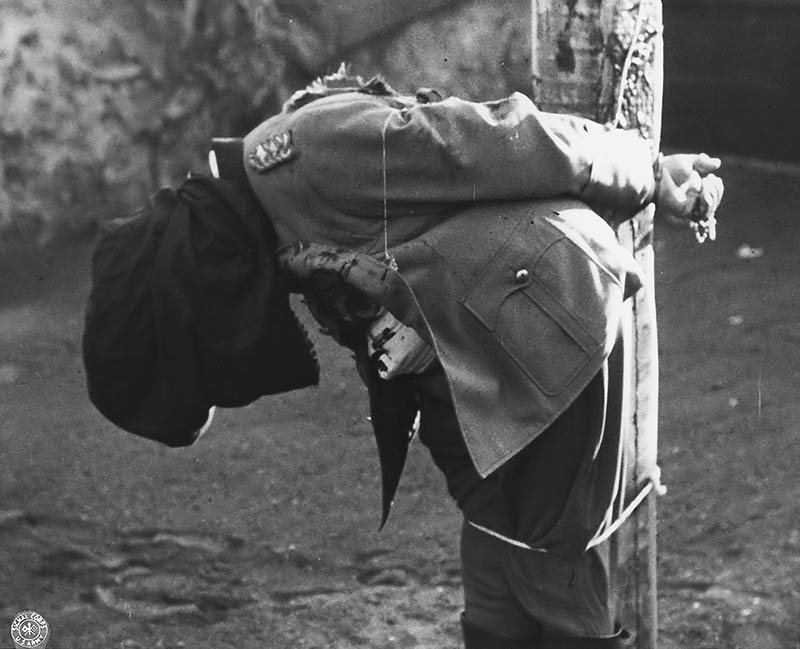 Nazi General Anton Dostler immediately after the execution, 1945. Anton Dostler was a general of the infantry in the regular German Army during World War II. In the first Allied war trial after the war, Dostler was found guilty of war crimes and executed by firing squad. 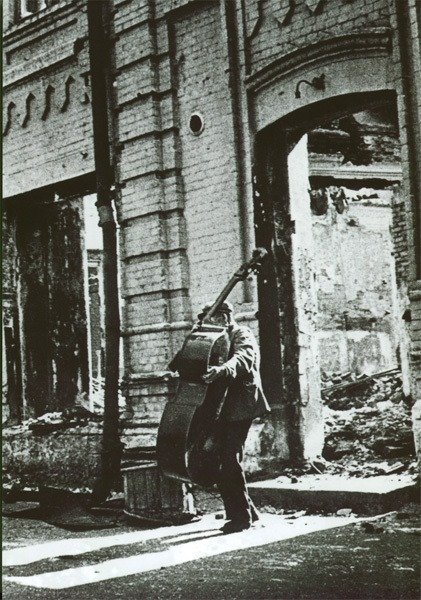 A musician saving his instrument during the Battle of Stalingrad, 1942-1943. 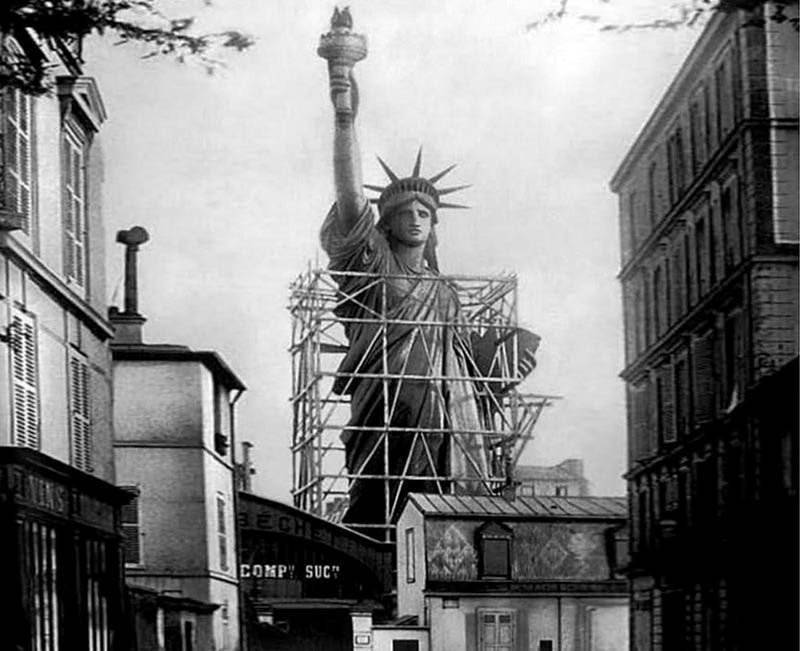 The Statue of Liberty being completed in Paris, ca. 1885. 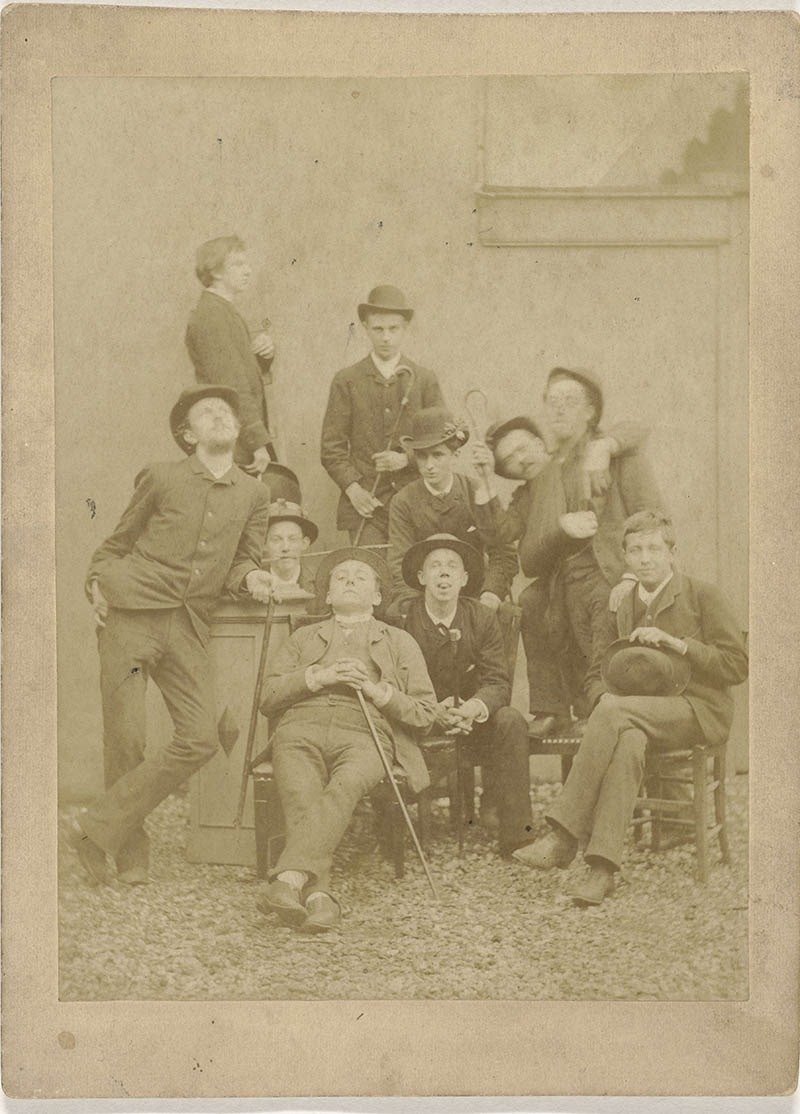 After a night on the town, drunken students in Leiden woke up Israel David Kiek, a portrait photographer, to take a picture of them in Leiden, Netherlands, 1887.

Israël Kiek’s name is still associated with photography in the Netherlands. A “kiekje” is a term originally used to describe a quickly taken photograph, but which has since become synonymous with the word photograph. There is a monument in Leiden today which commemorates Kiek. It’s an old-fashioned steel camera which looks out at the spot where Kiek’s studio used to be.