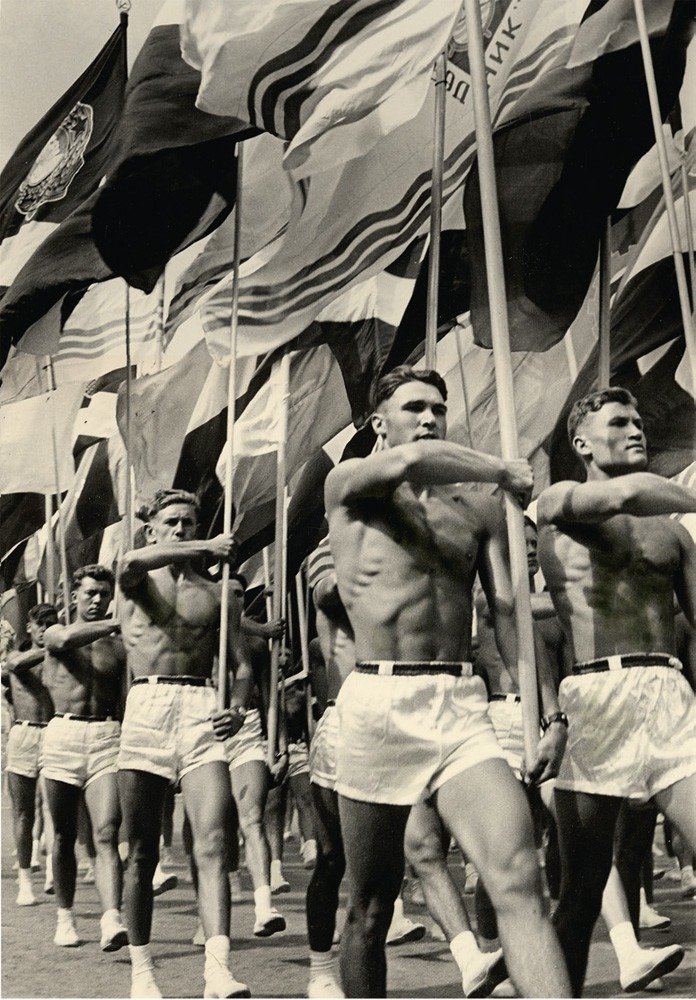 Soviet gym teachers parade in Moscow, 1956. The Russian word used in the title, “физкультурники”, is now usually translated as “gym teachers”, but at the moment of the parades meant “bodybuilders”.

The Russians invented the Kettlebell. It was initially developed in southern Russia for weighing agricultural products on a balance scale, something which was far cheaper to construct compared to spring-loaded scales more common today. (Remember the Monty Python scene where they weigh the witch compared to a duck?)

Farmers began using them to show off strength at festivals (effectively the Russian equivalent of County fairs ). The practice of lifting Kettlebells, known as Girevoy sport (гиревой спорт) has become a national sport in Russia.. Modern weightlifting also has roots in Russia in the St. Petersburg Amateur Weightlifting Society which was founded in 1885, again, initially using kettlebells as a significant part of their routine. 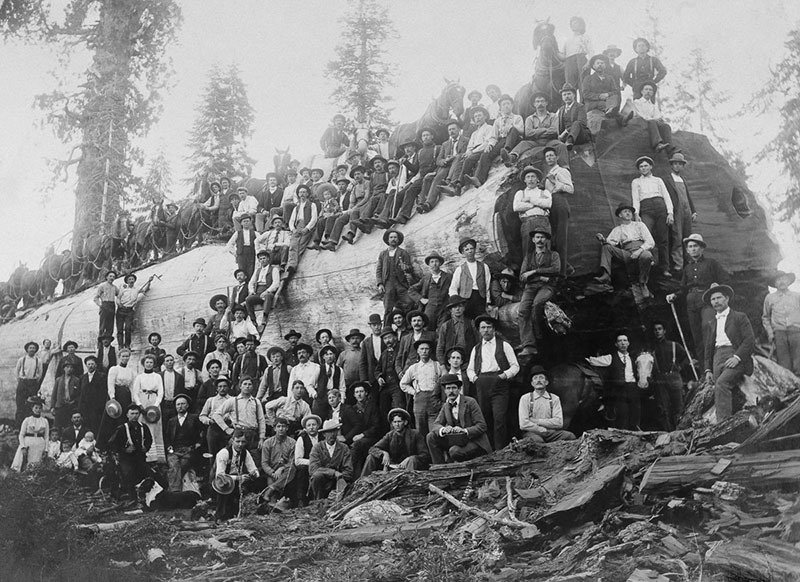 Over 100 people stand with a logged giant sequoia tree in California, 1917. The rough age of a tree this size is 2,500 years old. To put that in perspective, its older than Christianity. 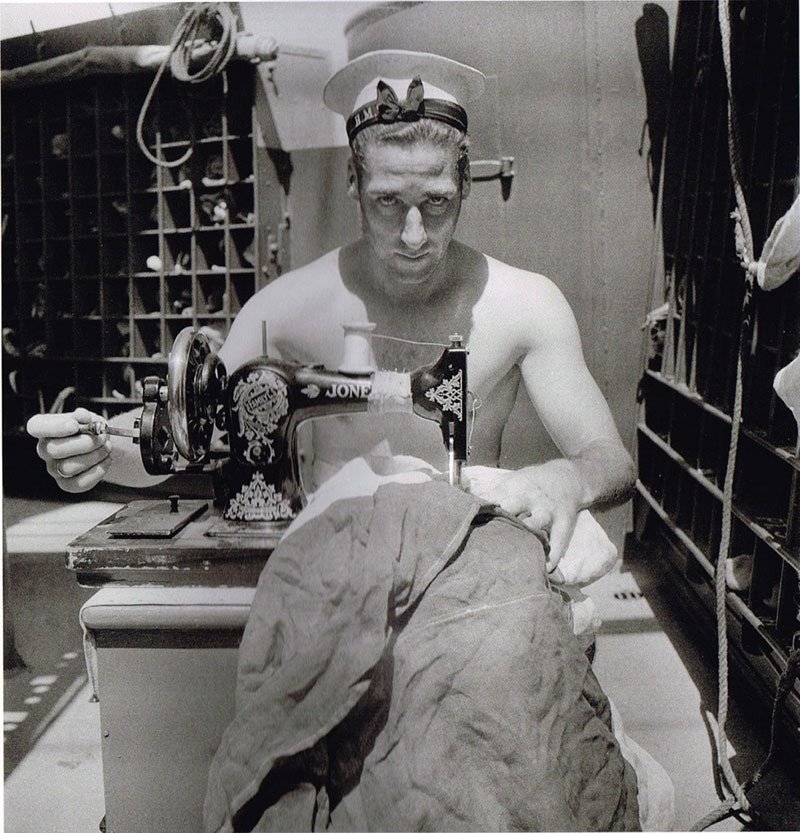 Middle East, 1942. A marine repairing a flag on board the cruiser HMS Alcantara.

He is wearing the white version of the seaman’s port and starboard cap, as he is in what the Royal Navy considered to be a tropical location. His cap tally is definitely not ” regulation ” and wearing it ashore would have resulted in him being “banged up ” by the Regulating Petty Officer. It only has the initials HMS, without a ship’s name, to try to maintain some sort of security about what ships were in certain ports.

He is a signalman, and the storage boxes behind him are for storing signal flags that were used at sea, for close range signals between ships, rather than radio or radio telegraph messages. He is engaged in what was known as “make and mend ” to ensure that things would work properly when needed.

A nickname for signallers in the RN was “bunting tossers” or flag boys. 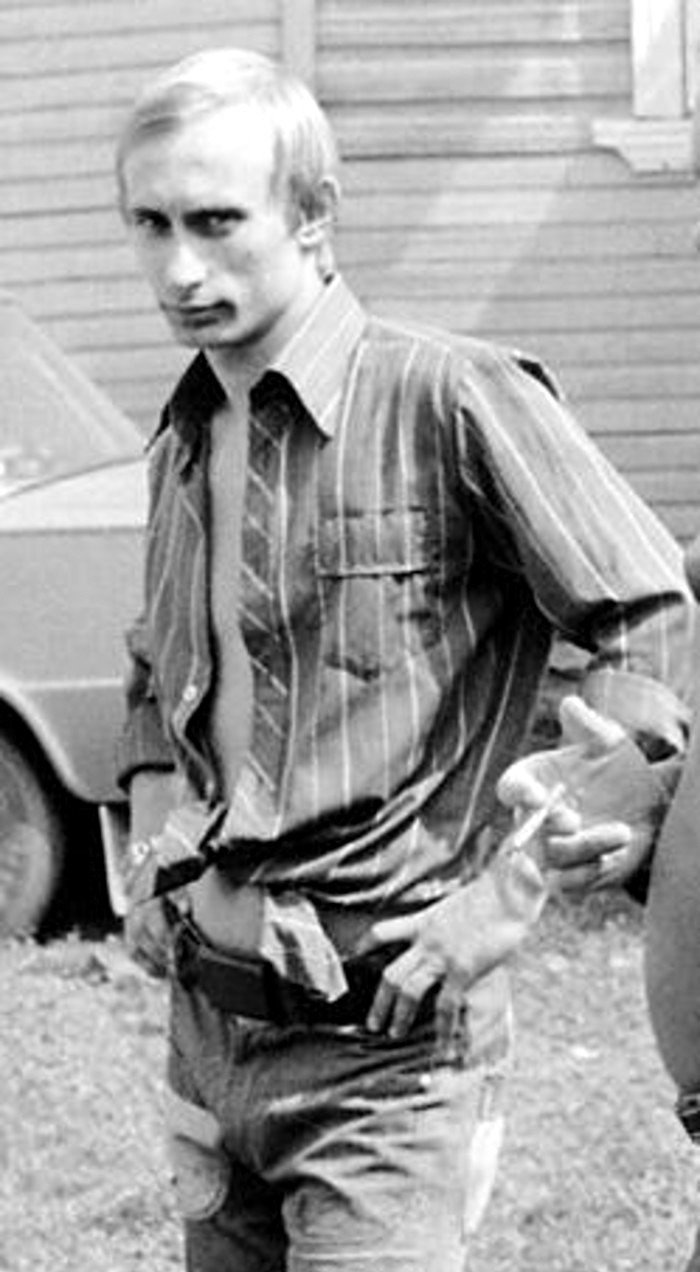 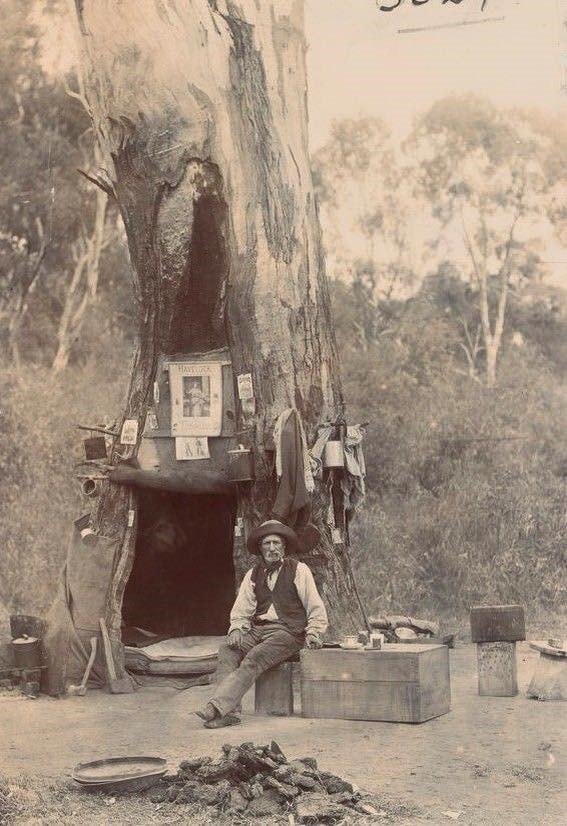 An Australian Swagman using a hollow gum tree as a campsite (c. 1880).

A swagman (also called a swaggie, sundowner or tussocker) was a transient laborer who traveled by foot from farm to farm carrying his belongings in a swag (bedroll). The term originated in Australia in the 19th-century and was later used in New Zealand. ‘Swags’ are still very common today in Australia and used for camping or traveling. It’s sort of like a very large canvas sleeping bag with a thin mattress and room enough for a pillow and an actual sleeping bag to fit inside. Some bigger and fancier ones have mosquito nets and air vents so it’s comfortable camping out bush when it’s hot or there’s bugs out. 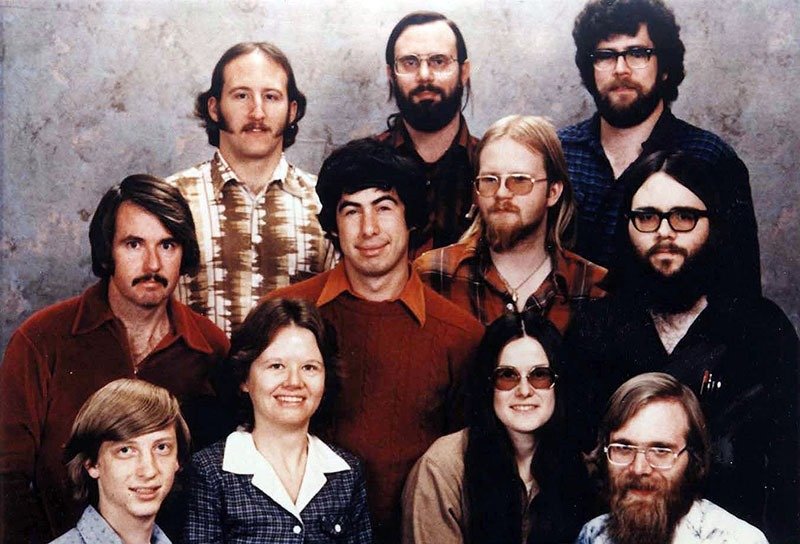 The Microsoft staff, 1978. They retook this exact picture Thirty years later in 2008. 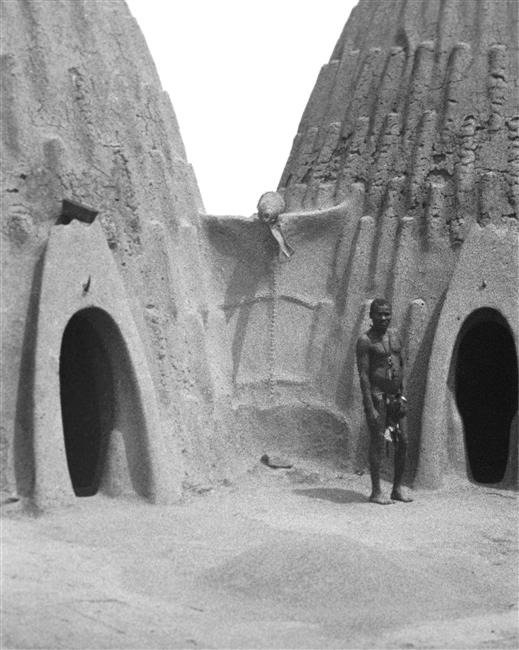 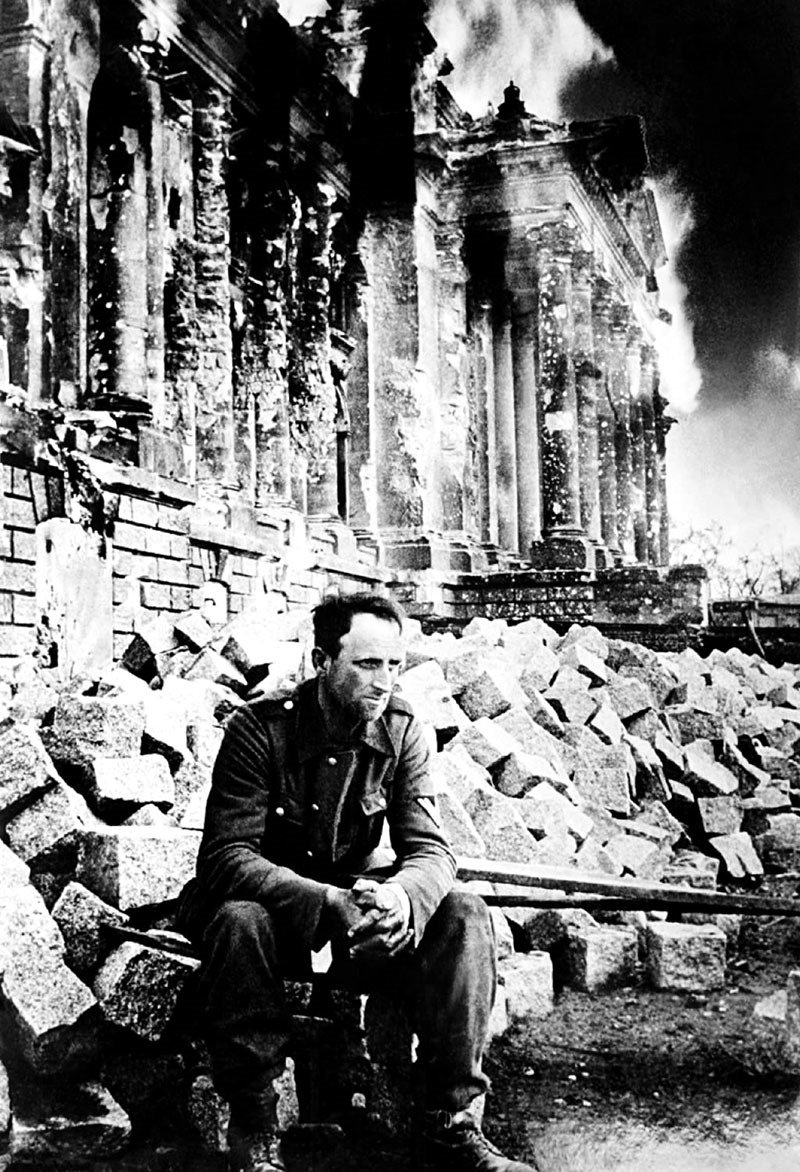 A battle weary German soldier takes pause in the combat and sits with a look of resignation on his face during the Battle of Berlin as the Reichstag burns behind him. April 1945. 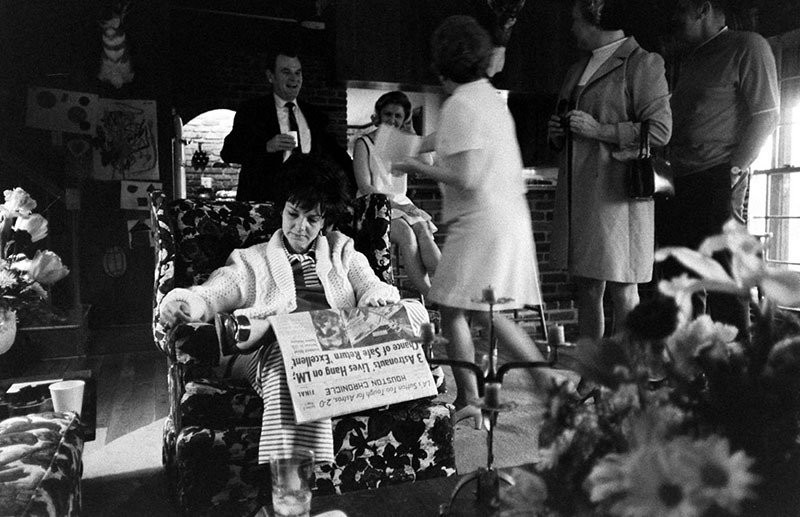 From the book Astronaut Wives Club (which is a biographical book about the Mercury, Gemini, and Apollo wives), all the wives did hate the press and refused to let them in, but NASA had a contract with Life Magazine that allowed them access for exclusive photos and interviews with the wives. 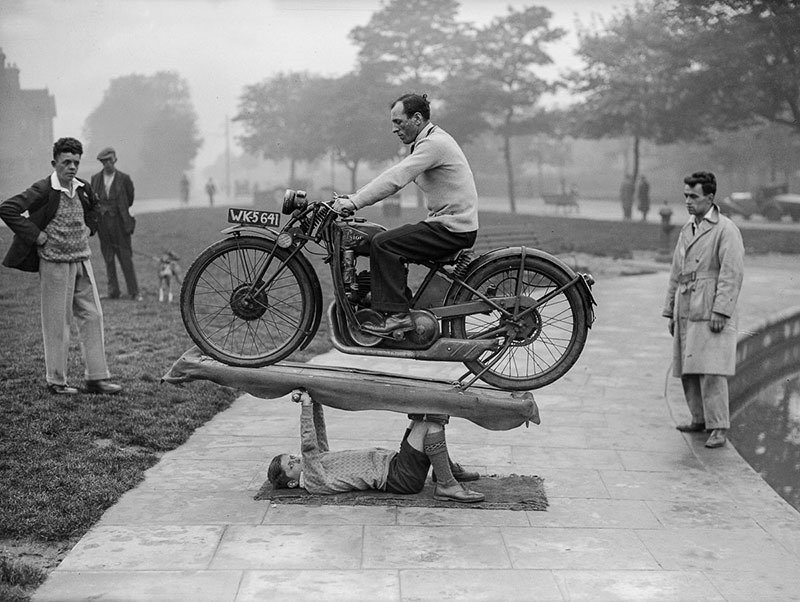