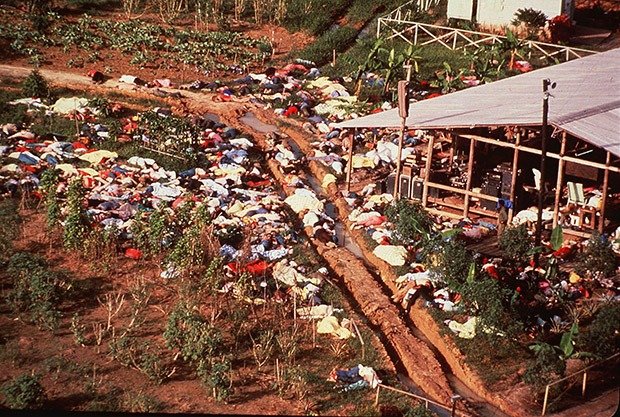 Mass suicide in Jonestown cult, the biggest non-natural human loss of American citizens until 9/11 (1978). In November 1978, 909 Americans killed themselves by taking cyanide. They emigrated from the US to the artificial village of Jonestown, Guyana, which was built especially for the members of the ‘Peoples Temple’ cult. All these victims were indoctrinated by Jim Jones, who has the contradicting explanation on Wikipedia: “Occupation: Religious leader – Religion: Atheist”. Statements of Jones indoctrinating his followers are:

“We had better not have any of our children left when it’s over, because they’ll parachute in here on us. The ones that they take captured, they’re gonna just let them grow up and be dummies.”

“You can go down in history, saying you chose your own way to go, and it is your commitment to refuse capitalism and in support of socialism.”

And during the execution of the mass suicide he said:

“Die with a degree of dignity! Lay down your life with dignity; don’t lay down with tears and agony!” 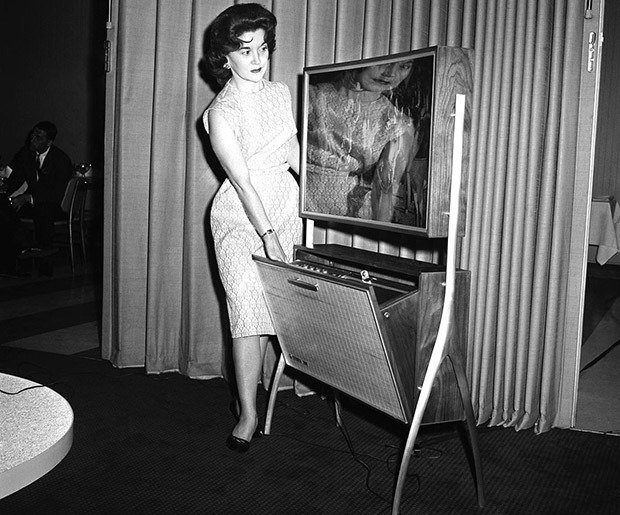 A thin TV screen (only 4 inches thick) with an automatic timing device to record TV programs for later viewing is the wave of the future as shown at the Home Furnishings Market in Chicago, Illinois, on June 21, 1961. Most likely it wasn’t a functioning set but more of a fresnel projection box with static images that were put on a slide show to demonstrate the possibility of future tech. Really nothing more than a physical mockup for demonstration purposes but was used to capture the imagination nonetheless. 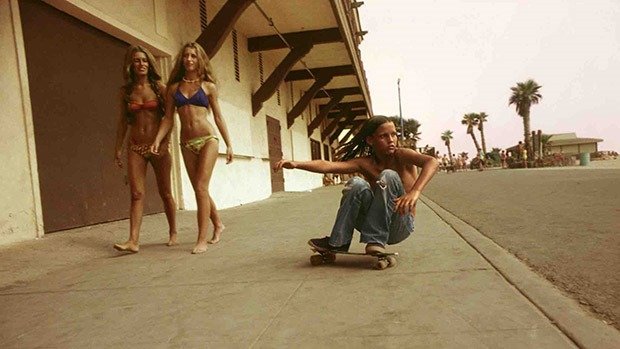 A young skateboarder in Los Angeles. (1974). For interests sake, the kid on the skateboard would now be in his early 50’s, the two women in the bikinis would be in their late 50’s/early 60’s. 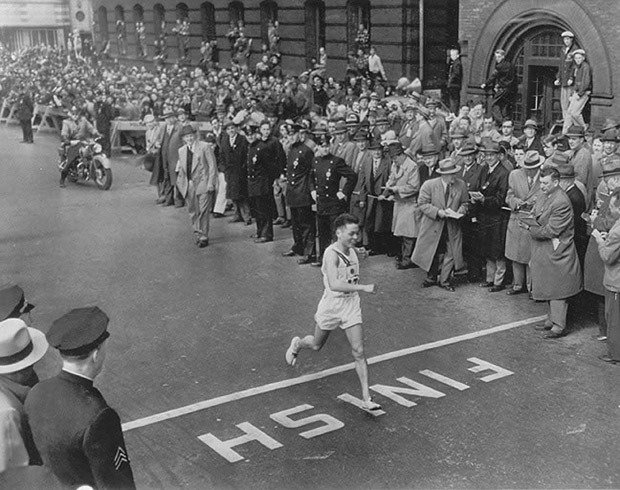 19 year-old Shigeki Tanaka was a survivor of the bombing of Hiroshima and went on to win the 1951 Boston Marathon. The crowd was silent as he crossed the finished line. The war had only just ended and anti-Japanese sentiment was huge. He was running in “tabi” or split-toe shoes made by the Kobe footwear company called Onitsuka, named after its founder and which is best known today as Asics. 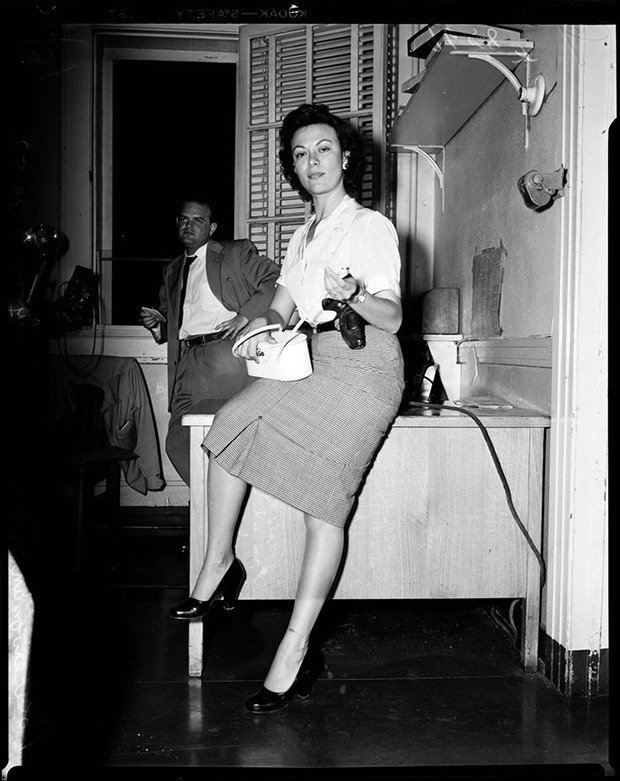 Policewoman Florence Coberly preparing for undercover work luring rapists in Los Angeles (1952). She was put to the task almost certainly in response to a specific serial rapist named Joe Parra. Even recently, when the NYPD finally started cracking down on train gropers they had policewomen dress as teenagers in the 2000’s. 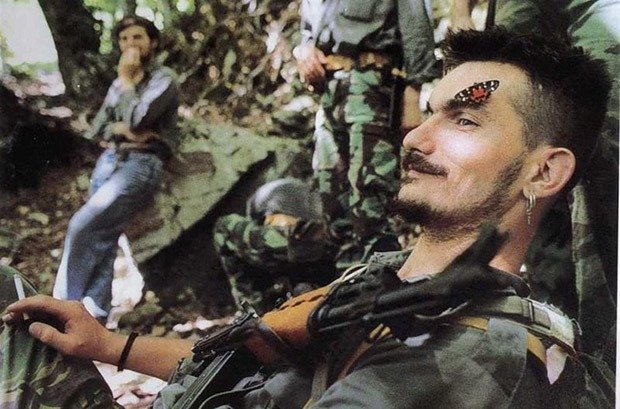 A Butterfly lands on the face of a resting Bosnian Serb soldier, near the Eastern Herzegovinia town of Konjic. (1995). 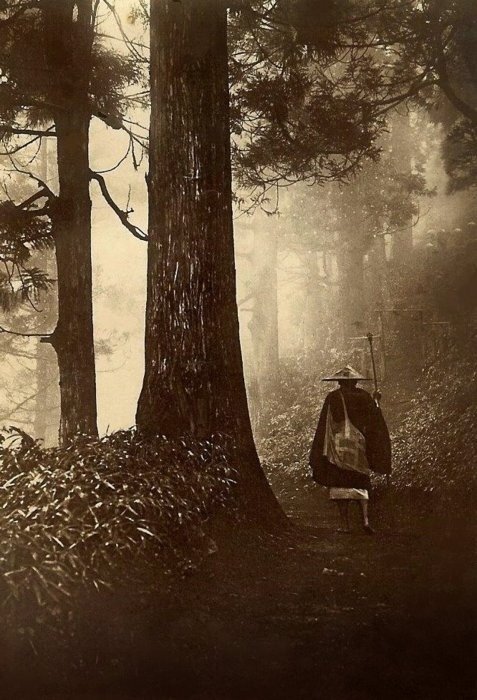 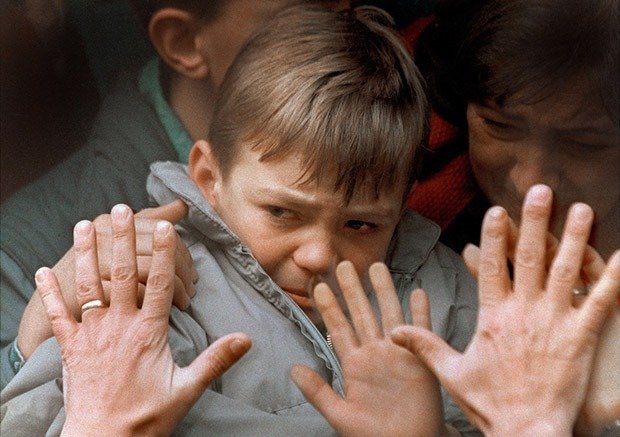 A father’s hands presses against the window of a bus carrying his tearful son and wife to safety during the Siege of Sarajevo. (November 10, 1992). The Siege of Sarajevo was the longest siege of a capital city in the history of modern warfare. After being initially besieged by the forces of the Yugoslav People’s Army, Sarajevo, the capital of Bosnia and Herzegovina, was besieged by the Army of Republika Srpska from 5 April 1992 to 29 February 1996 (1,425 days) during the Bosnian War. The siege lasted three times longer than the Siege of Stalingrad and a year longer than the Siege of Leningrad. A total of 13,952 people were killed during the siege, including 5,434 civilians.

Roman Catholic Croat and Muslim-led government forces fought together against Bosnia’s Eastern Orthodox Serbs early in the war which started after Bosnia seceded from Serb-dominated Yugoslavia. All sides in Bosnia’s war stand accused of “ethnic cleansing.” Thousands of Muslims and Croats were also killed in Serb-run concentration camps. A peace accord was signed on Dec. 14, 1995, with NATO to keep the peace. The conflict left about 250,000 dead and 2.5 million refugees. 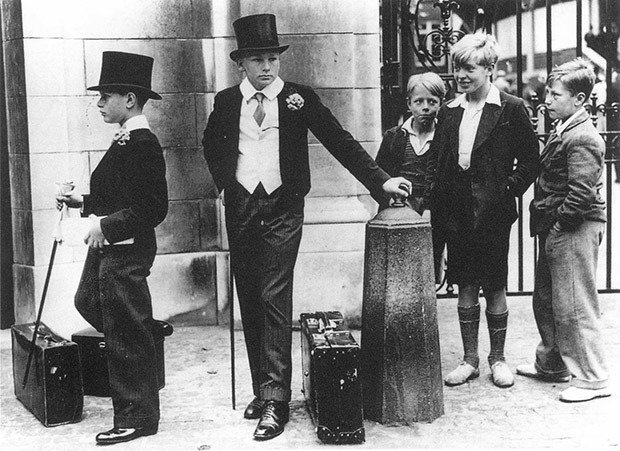 This famous photo by Jimmy Sime that illustrates the class divide in pre-war Britain. (1937). Two are dressed in the Harrow School uniform including waistcoat, top hat, boutonnière, and cane; and three nearby wearing the plain clothes of pre-war working class youths. The picture was taken on 9 July 1937 outside the Grace Gates at Lord’s Cricket Ground during the Eton v Harrow cricket match. It has been reproduced frequently as an illustration of the British class system.

The names of the five boys were published in a 1998 article by Geoffrey Levy in the Daily Mail. The Harrovians were Peter Wagner and Thomas “Tim” Dyson, who had arranged to be at Grace Gates at 2 pm, where Wagner’s father would pick them up and drive them to Russ Hill, the Wagners’ country home in Surrey, for the weekend. The other three boys were George Salmon, Jack Catlin, and George Young, 13-year-old pupils at the local Church of England primary school. They had visited the dentist that morning and decided to skip school in order to earn money at Lord’s by carrying luggage and returning hired cushions for the deposit. The photographer, Jimmy Sime, worked for the Central Press Agency; Sime took several shots of the five boys outside Grace Gates. Ian Jack speculates that Sime solicited the cooperation of the three “toughs”, but not that of the two “toffs”. From Wikipedia 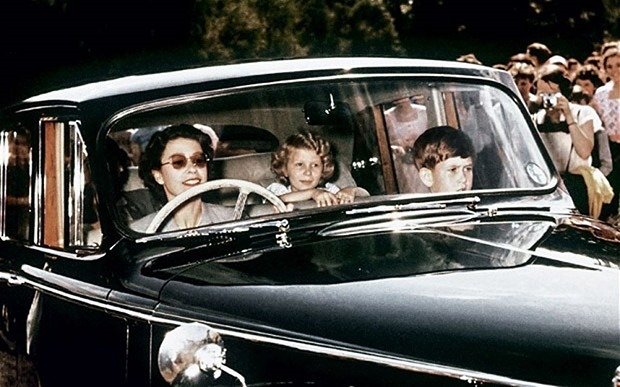 Queen Elizabeth II driving Prince Charles and Princess Anne (1957). Even now she drives herself frequently and almost every Sunday there’s lots of great news footage of her blasting out the front gates of her residence sending the waiting paparazzi running for their lives. She is the only person in the UK who is permitted to drive without a license. Mostly because they’re issued in her name, so requiring her to have a license doesn’t make much sense. 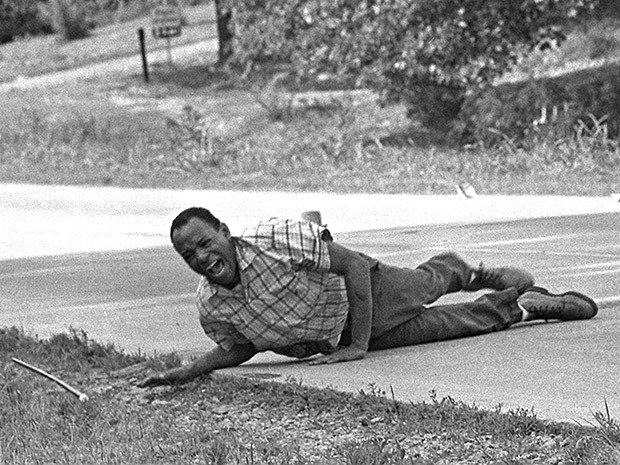 Civil rights activist and the first African American to attend the University of Mississippi, James Meredith grimaces in pain as he pulls himself across Highway 51 after being shot in Hernando, Mississippi on June 6, 1966. Pulitzer Prize winning photo by Jack Thornell. The shooter was a man called Aubrey Norvell, who had reportedly shouted, “I just want James Meredith!”

Miraculously, none of the sixty-three birdshot pellets struck a vital organ or broke Meredith’s spine, even though the pattern wounded him from head to buttocks. In the picture, Meredith is lying on the street in agony. He cried out, “Isn’t anyone going to help me?” No one did, but the photographer Thornell shouted that he should stay calm, and that an ambulance was on its way. Meredith was taken to a hospital where the pellets were extracted, and he healed well enough in two days to finish the march before it reached Jackson. Norvell pled guilty, and spent his time in prison regretting that he had not used buckshot. 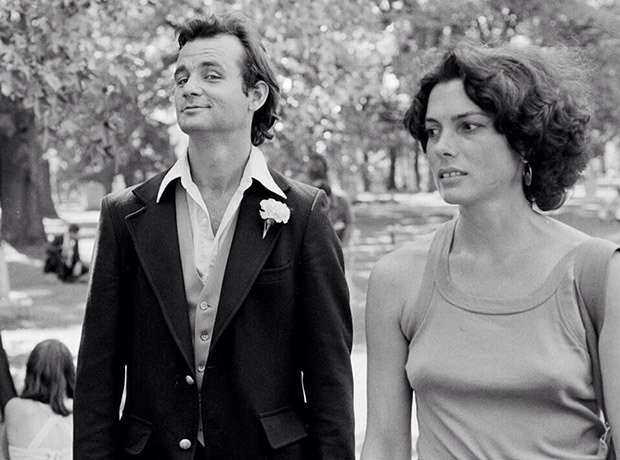