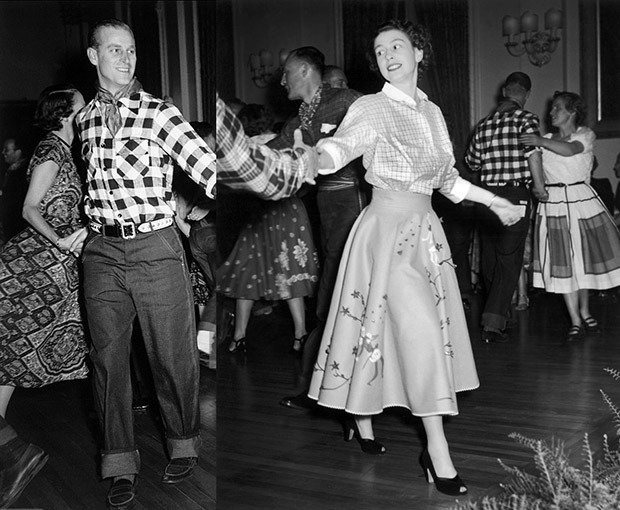 Princess Elizabeth in peasant blouse and cotton skirt, and her husband Prince Philip in checkered shirt and blue jeans, enjoy an old-fashioned hoedown at a private party in Ottawa, Canada. (October 11, 1951). Before they went on the floor, Elizabeth and Philip, who had never seen a square dance, were tutored privately for a half hour in their rooms. Forty couples whirled and sashayed at the hoedown tonight in the Tent room, a hall decorated with a big top style canvas circus tent. 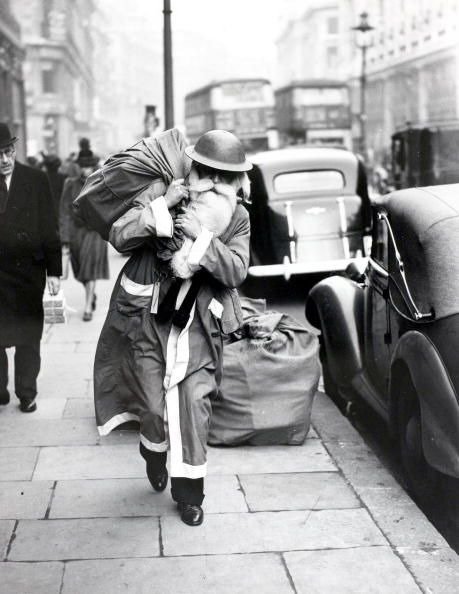 Father Christmas with helmet delivers presents during the London Blitz. (1940). People whose shop windows had been blown out during the war set about sweeping up broken glass and wreckage and stuck up notices saying “We are still open -more open than usual.” 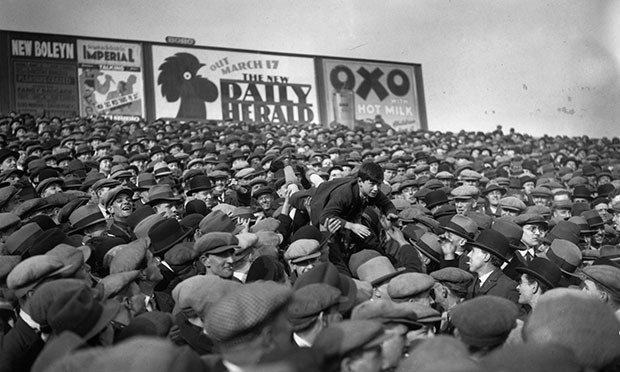 A good tempered football crowd at West Ham, London pass a young boy over their heads to the front so that he can see the game better. (1st March 1930) 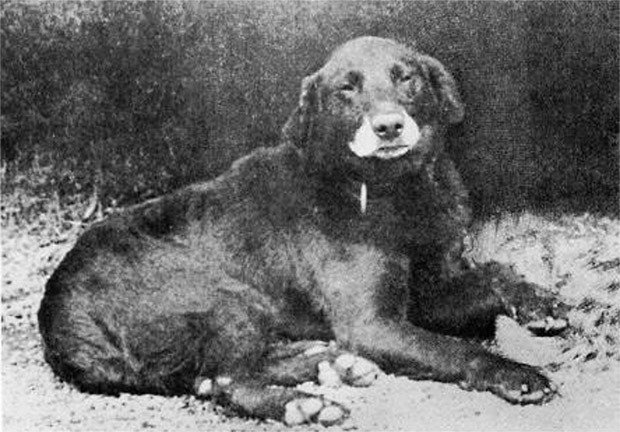 Buccleuch Avon, considered to be the ancestor of all modern Labrador Retrievers. (1890-95). 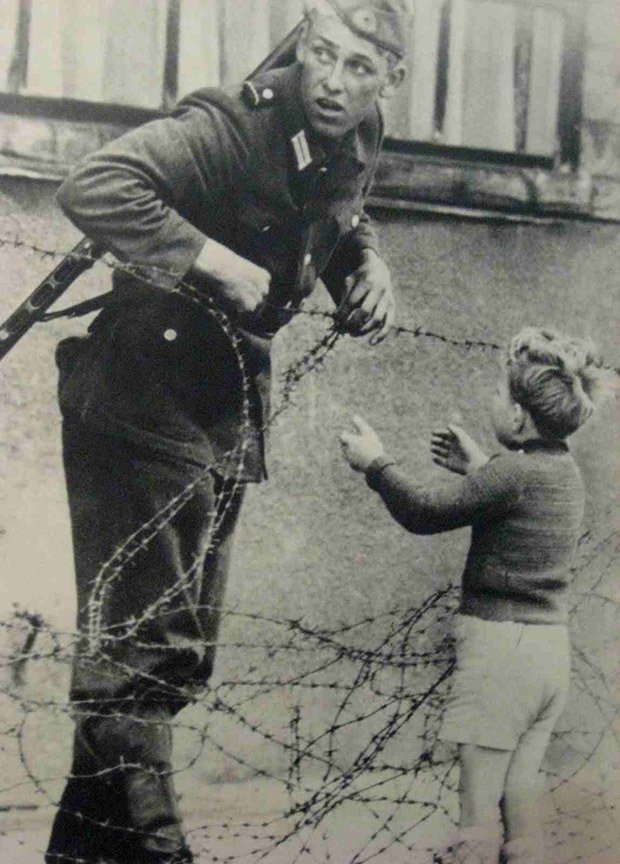 An East German soldier ignores orders to let no one pass and helps a boy, who was found on the opposite side from his family, across the newly formed ‘Berlin Wall’. (1961). His superior officer caught him in the act, and removed him from his unit. 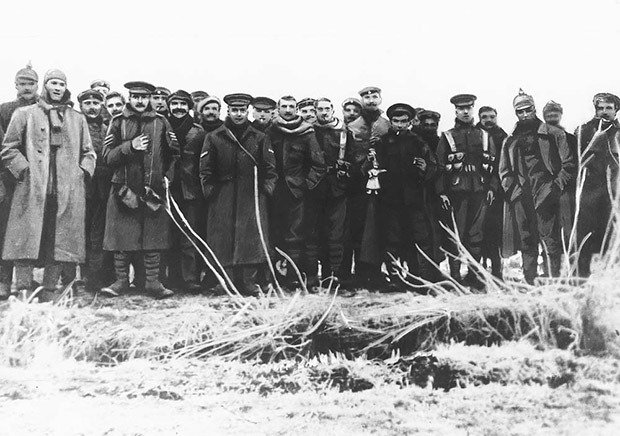 Soldiers from both sides taking a picture together during the impromptu Christmas truce on Dec. 24, 1914. The most bloody war in history was put on pause for a night so they could play football, exchange cigarettes, and shake hands. The next day they went back to mowing each others charges down with machine guns like it was target practice. In Ernst Junger’s WW1 memoir “Storm of Steel” he talks about the trenches at times being so close that the soldiers on either side knew each other by name, and at mentions this exchange:

“Well you better get down I’m about to start shooting!” 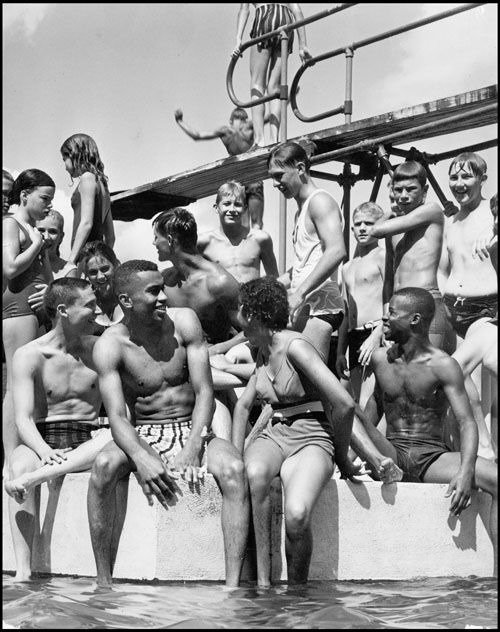 Picture at Peony Park pool in Omaha, Nebraska on the second day blacks were allowed in. (July 28, 1963). 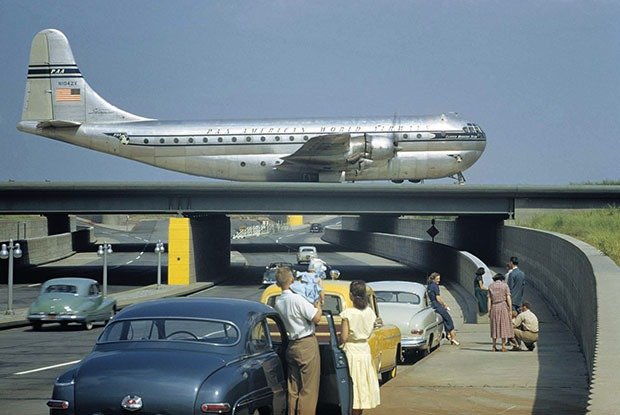 Sightseers park to watch a Stratocruiser taxi across an underpass in Queens, New York. (March 1951). Two 1950’s wonders in one photo: A taxiway over a four lane highway and a Boeing Stratocruiser. The Boeing 377 Stratocruiser was a large long-range airliner developed from the C-97 Stratofreighter military transport, a derivative of the B-29 Superfortress. The Stratocruiser’s first flight was on July 8, 1947. Its design was highly advanced for its day, its innovative features included two passenger decks and a pressurized cabin, a relatively new feature to transport aircraft. 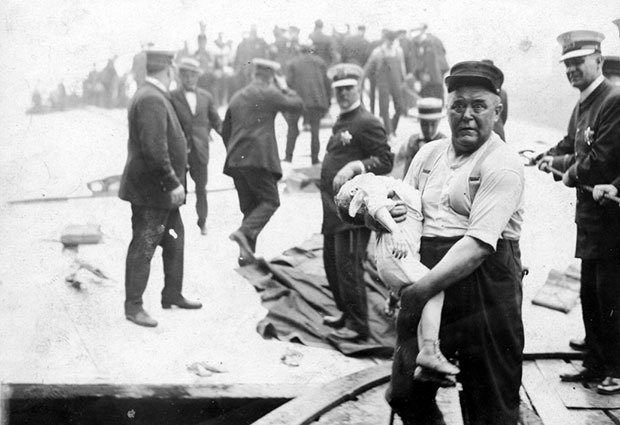 A rescuer looks around in shock and horror, as he holds the lifeless body of a child in the aftermath of the sinking of the SS Eastland in the Chicago River on July 24, 1915. 844 passengers and crew were killed. The SS Eastland was a passenger ship based in Chicago and used for tours. On July 24, 1915 the ship rolled over while tied to a dock in the Chicago River. A total of 844 passengers and crew were killed in what was to become the largest loss of life from a single shipwreck on the Great Lakes. 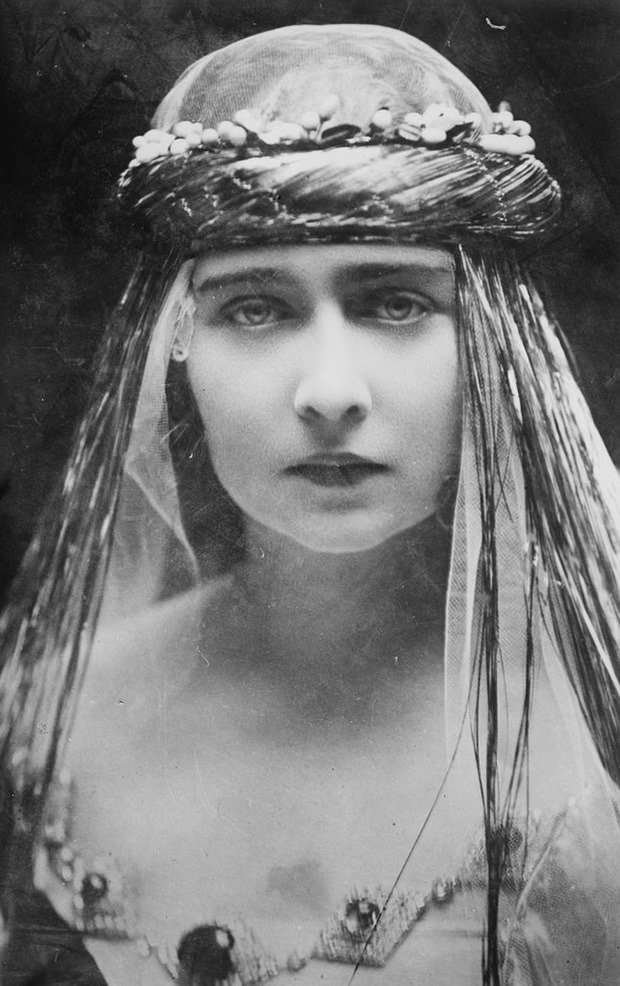 Princess Maria of Romania, future Queen of Yugoslavia, on her 1922 wedding day. 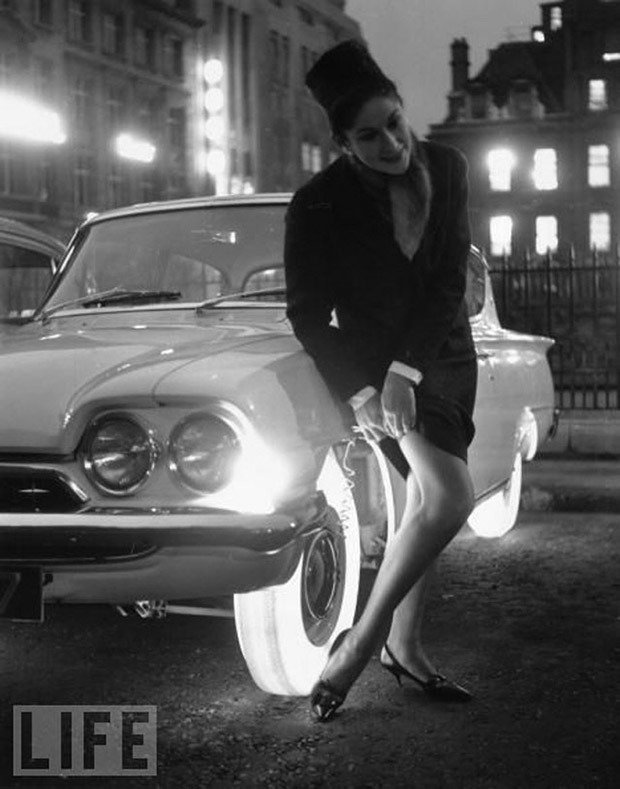 These illuminated tires were developed by Goodyear in 1961. Photo by Douglas Miller. 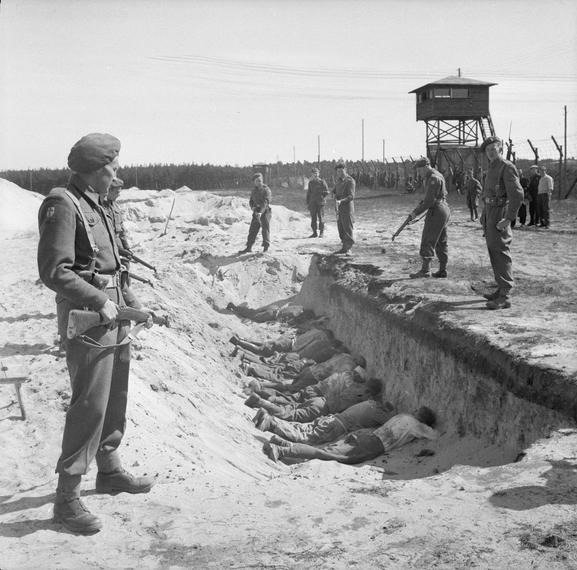 German SS guards, exhausted from their forced labour clearing the bodies of the dead, are allowed a brief rest by British soldiers but are forced to take it by lying face down in one of the empty mass graves in 1945. This photo was taken during the liberation of the Nazi Bergen-Belsen concentration camp. There’s a famous quote from BBC journalist Richard Dimbleby, who was present at the liberation of this very camp.

“Here over an acre of ground lay dead and dying people. You could not see which was which… The living lay with their heads against the corpses and around them moved the awful, ghostly procession of emaciated, aimless people, with nothing to do and with no hope of life, unable to move out of your way, unable to look at the terrible sights around them … Babies had been born here, tiny wizened things that could not live … A mother, driven mad, screamed at a British sentry to give her milk for her child, and thrust the tiny mite into his arms, then ran off, crying terribly. He opened the bundle and found the baby had been dead for days.

This day at Belsen was the most horrible of my life”

25 Kickass and Interesting Facts About 1990s