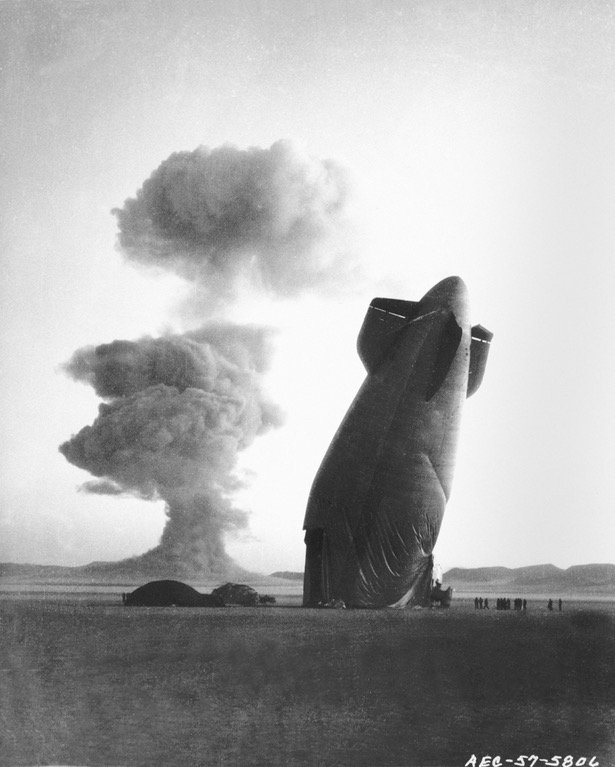 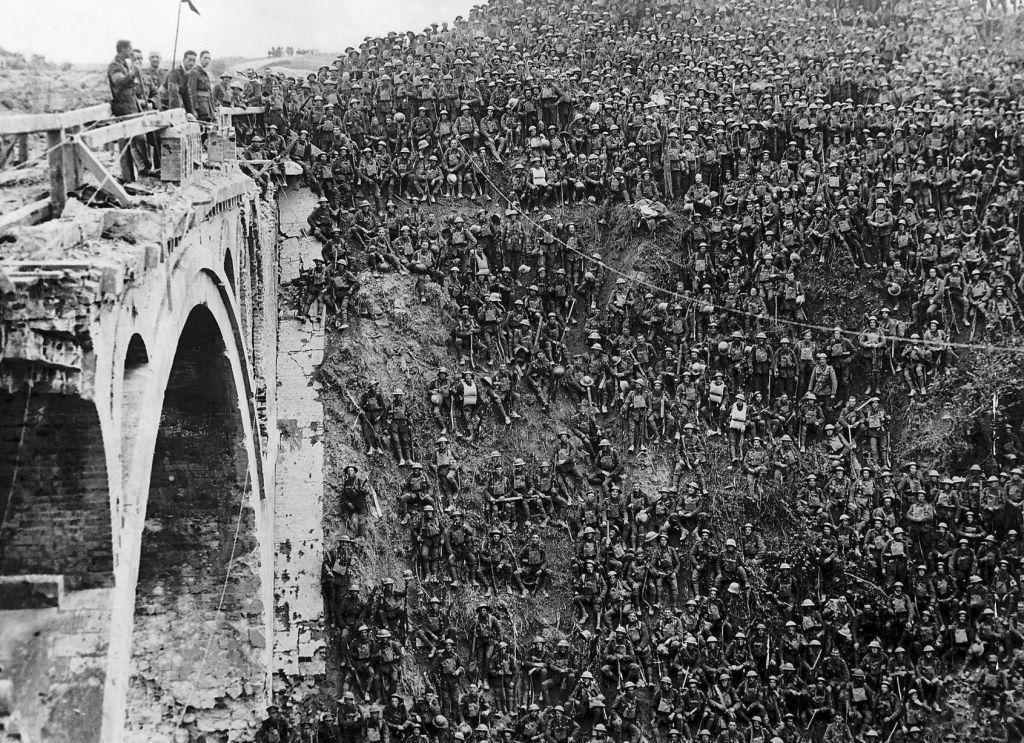 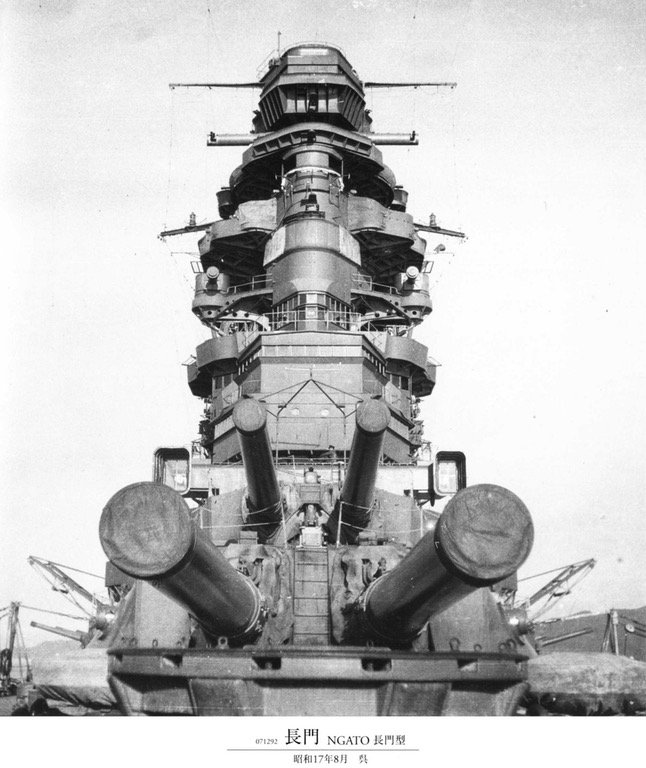 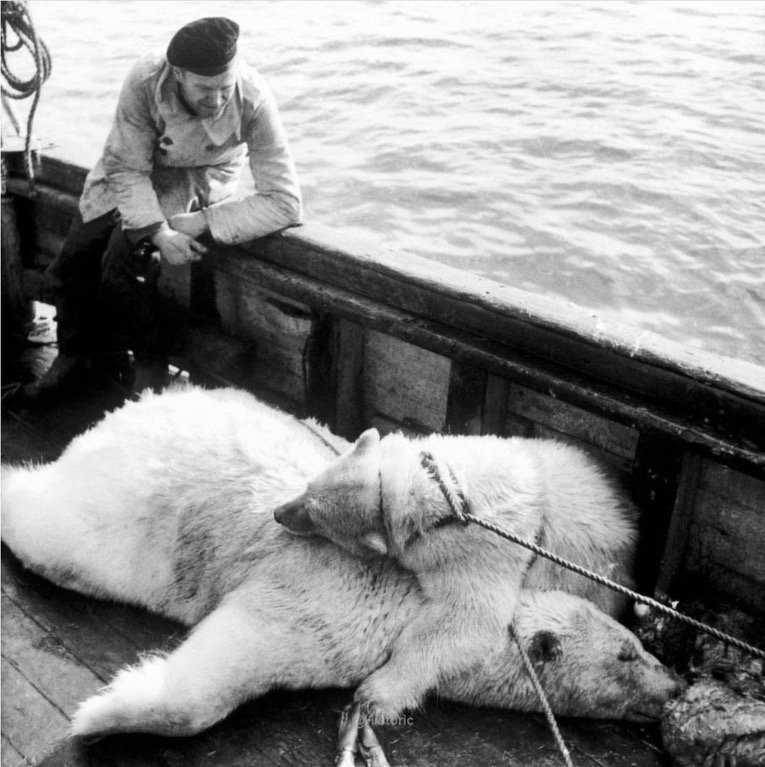 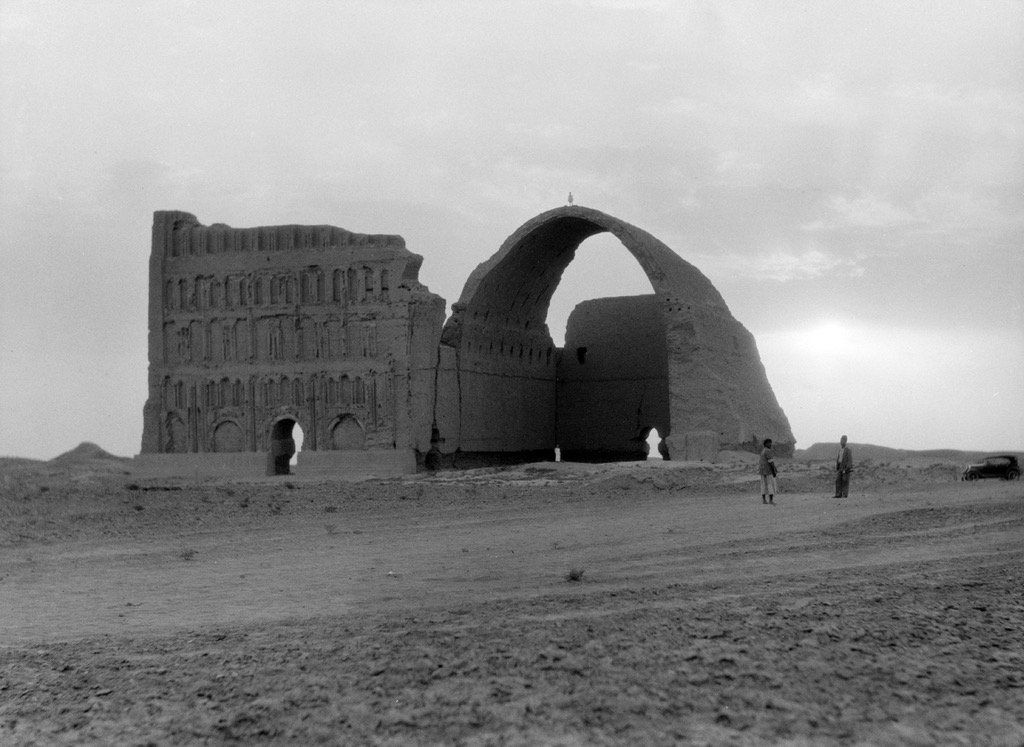 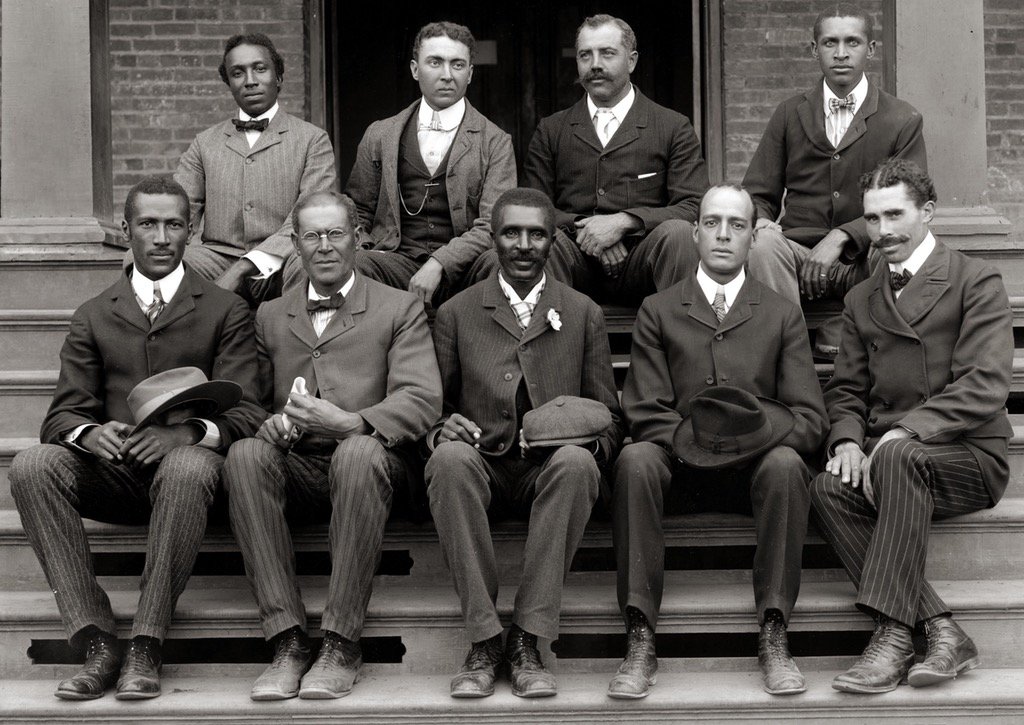 7. Astronaut Neil A. Armstrong floats safely to the ground after the Lunar Landing Research Vehicle. 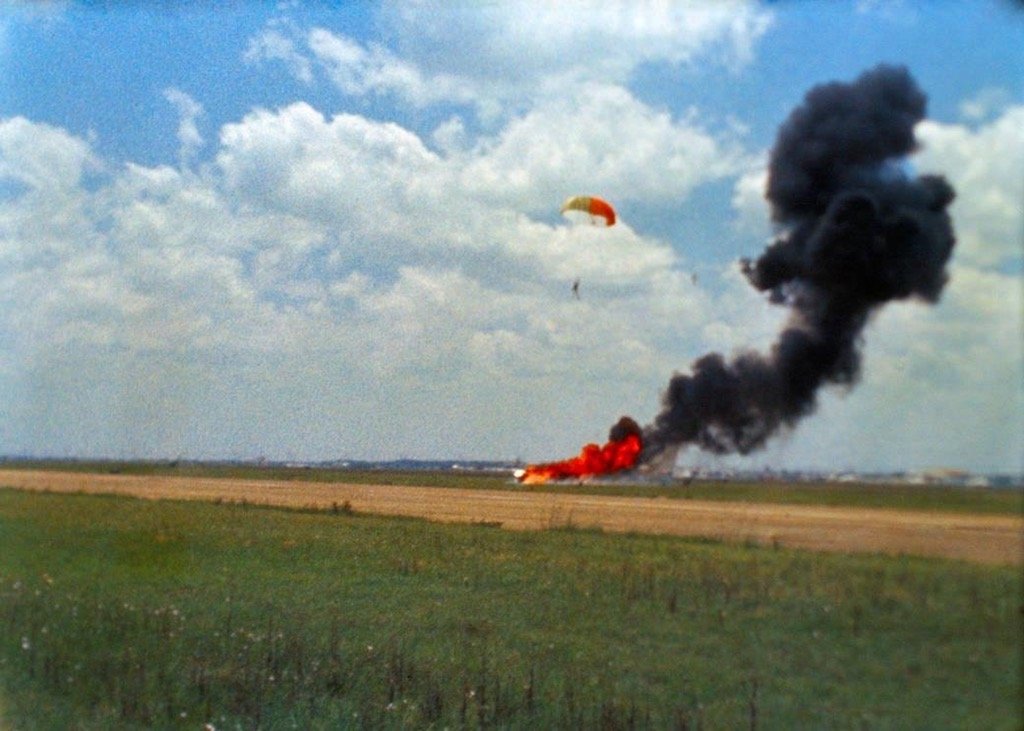 He was piloting crashes during a rehearsal of a lunar landing, Ellington Air Force Base, 1968.

8. U.S Marines take cover behind sandbags during an engagement with KPA forces in a Korean town, 1953. 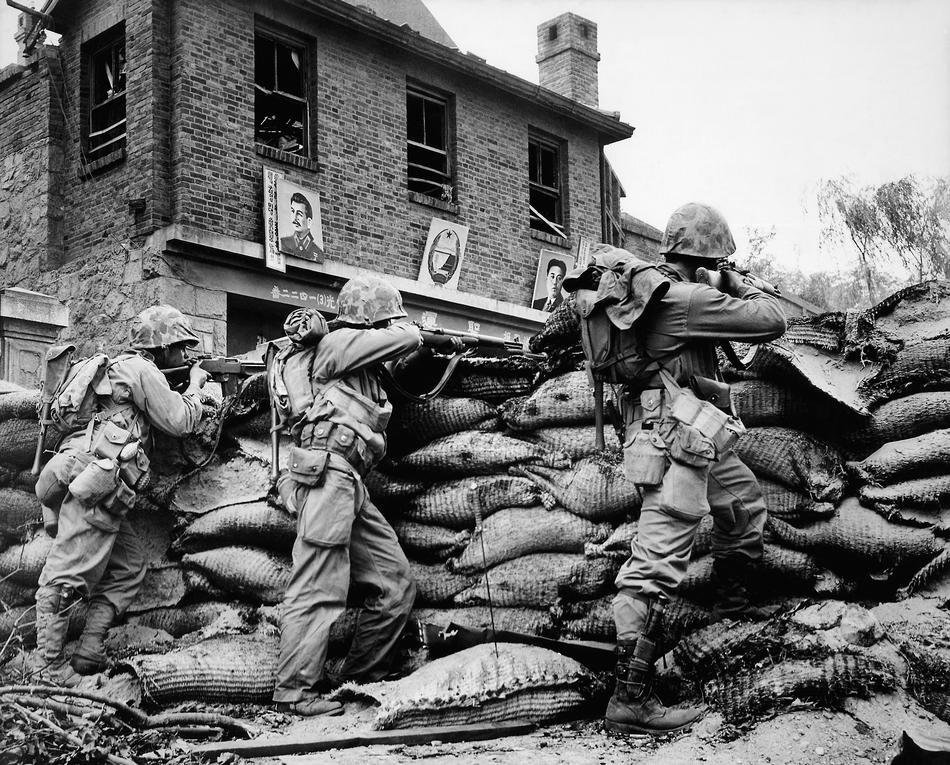 9. Neuengamme prisoner who attempted to flee a locked, burning barn during the Gardelegen Massacre. 16 April 1945. 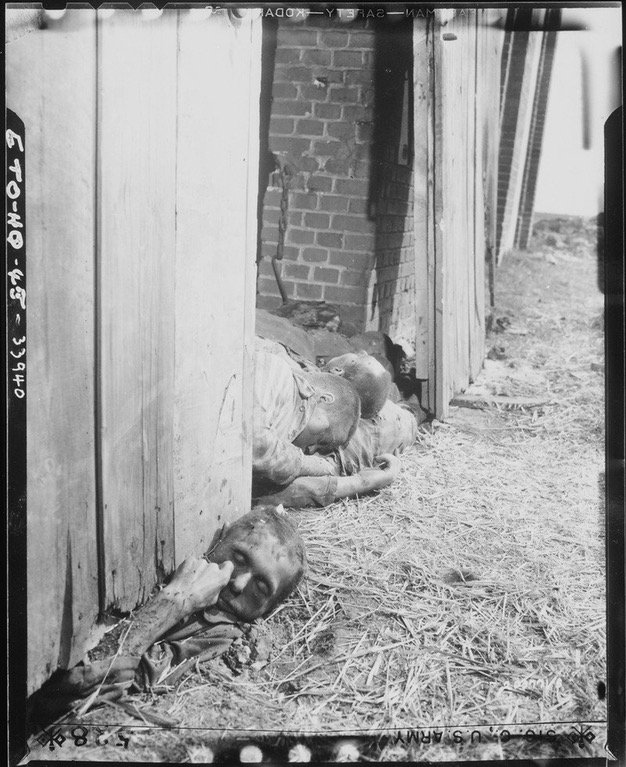 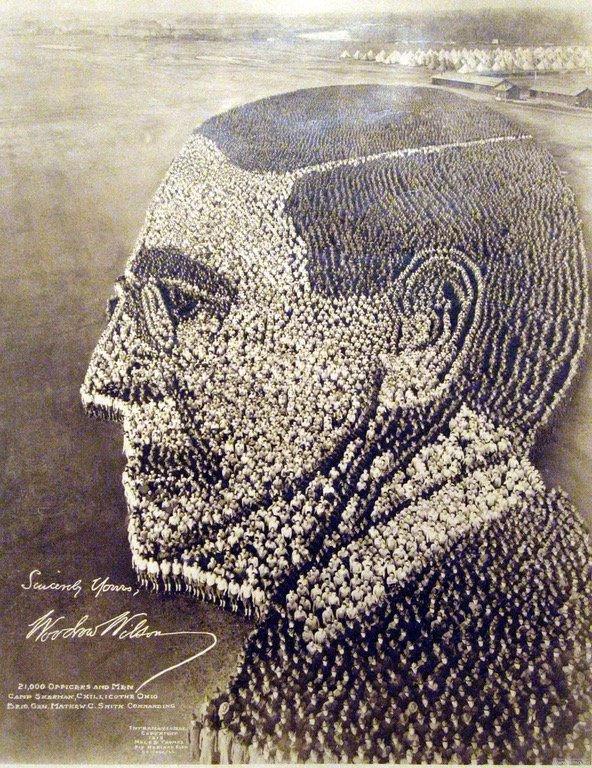