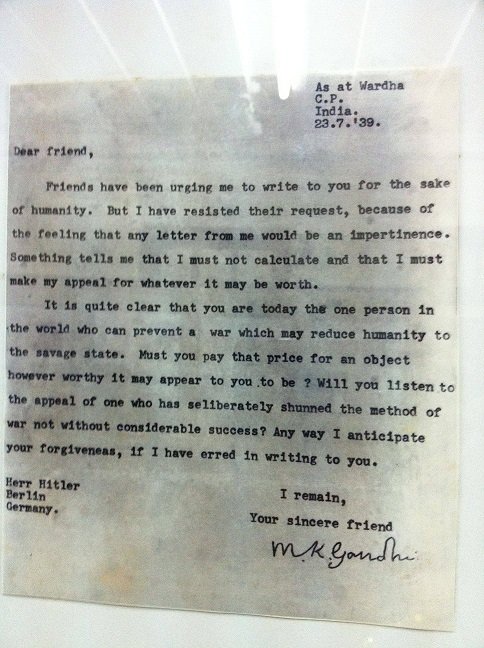 16. Mahatma Gandhi once wrote a letter to Hitler, appealing him to stop the war. Gandhi referred to him as “dear friend”. – Source

17. At the Boer War battle of Spion Kop, Winston Churchill as a 23-year-old war correspondent, stretcher bearer Mahatma Gandhi, and Boer General Louis Botha all fought at the same time before they went on to shape history. – Source

18. Mahatma Gandhi’s great-grandson is a member of the Kansas Legislature. – Source

19. Mahatma Gandhi actively tried to convince Ethnic Indians in South Africa to help the British war effort against Zulu revolts; he even later claimed that it was just a British man hunt. – Source

20. Mahatma Gandhi wrote “… I do not consider Hitler to be as bad as he is depicted. He is showing an ability that is amazing and seems to be gaining his victories without much bloodshed.” – Source 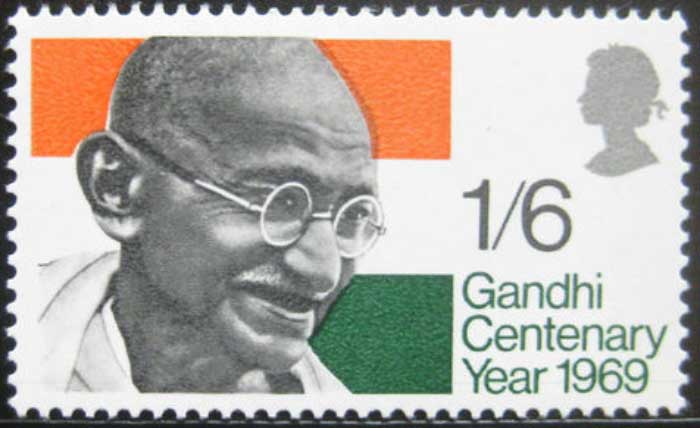 21. Great Britain, the country against whom he fought for independence, released a stamp honouring him, 21 years after his death. – Source

22. Mahatma Gandhi fought for the establishment of Islamic Caliphate in Middle East. – Source

23. Mahatma Gandhi ate absolutely no food and only took sips of water for 21 days, and survived. – Source

24. In his last years, Mahatma Gandhi would sleep with nubile teen girls to prove his celibacy and to test libidinous urges. – Source

25. Charlie Chaplin got the idea for Modern Times(1936) partly from a discussion with Mahatma Gandhi on modern technology. – Source