Here is part 5 of the Portraits of Humanity series. 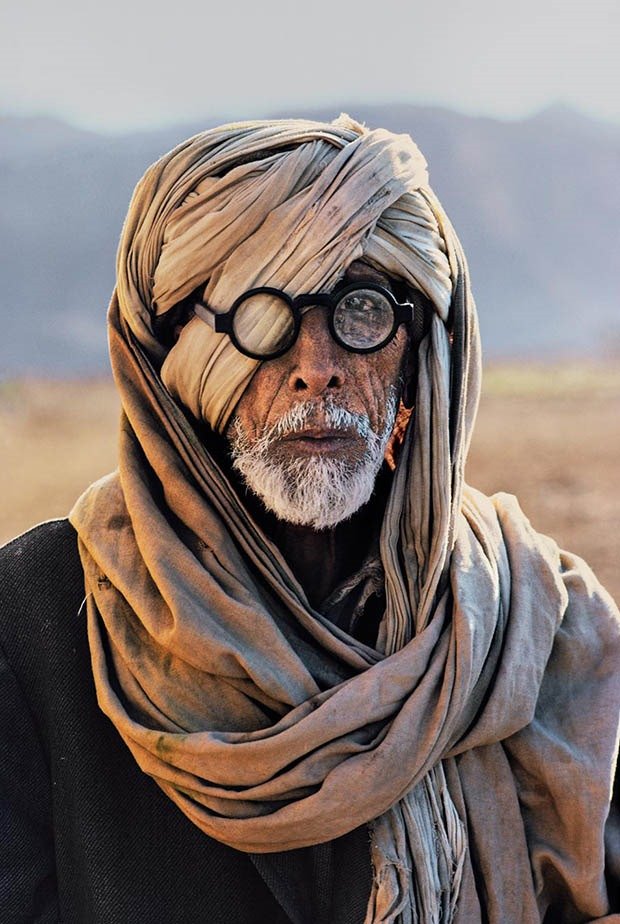 Man with Damaged Eye, by Steve McCurry, Pakistan. This photo was taken in 1981 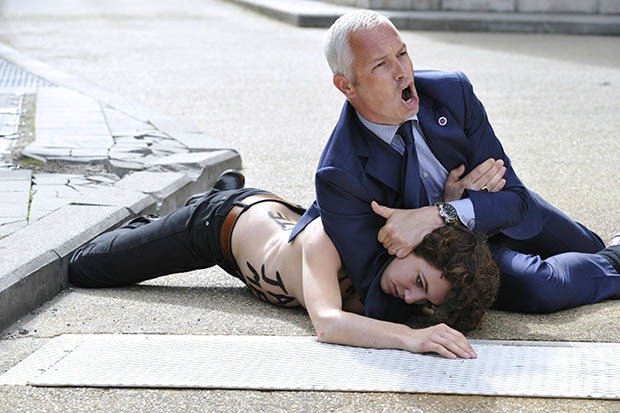 A security guard tackles a Femen activist to the ground in Brussels.  FEMEN is a group of topless female activists. 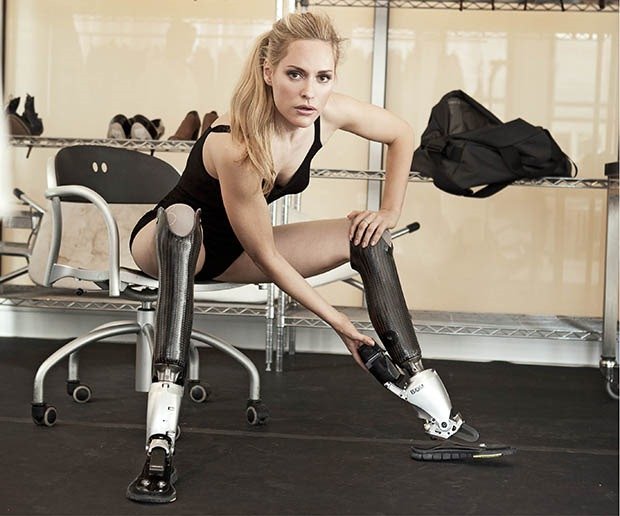 Woman getting ready to work out. Her name is Aimee Mullins. She broke some records in the late 1990s Paralympics games. The picture is her adjusting the latest and advanced prosthetics, which were designed by famed rock climber Hugh Herr. 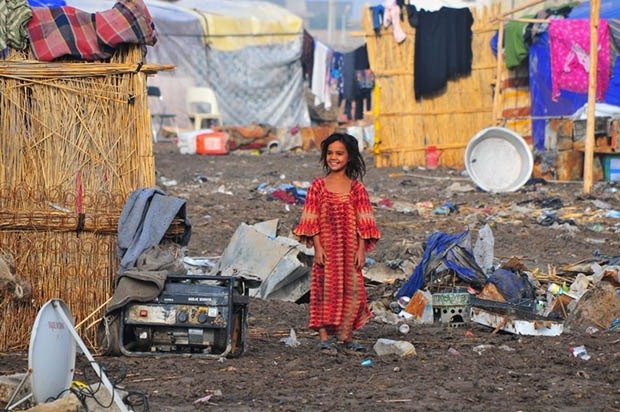 Little Iraqi girl. This is where she lives and the photograph was taken by American soldier. Children in slums are always happy to see troops cause they brought them food. 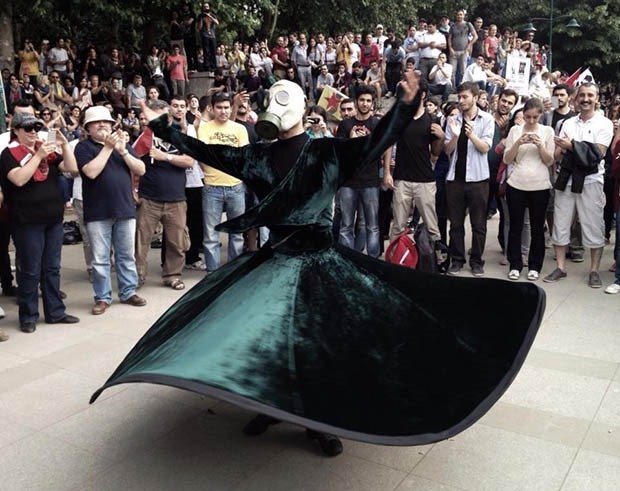 Protesters in turkey surrounding a Dervish in a gas mask twirling around, performing a form of prayer practiced by certain Sufi Muslims. The significance of the gas mask he has to wear is because of the brutal Turkish police forces and their tear gas. 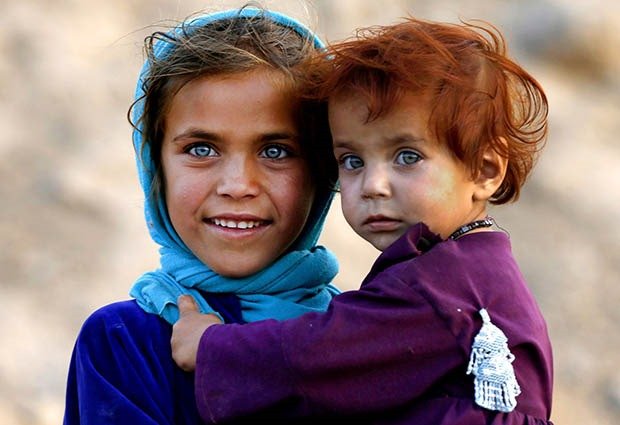 An Afghan girl holds her sister as they stand outside their house in Kabul, Afghanistan. Photograph By Omar Sobhani. Afghans having blue/green eyes and light hair isn’t as uncommon as you may think. 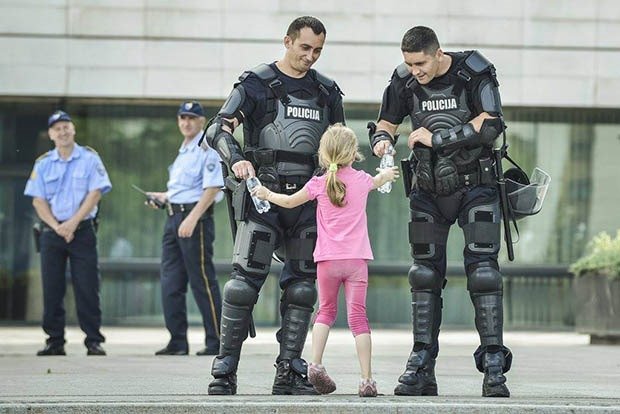 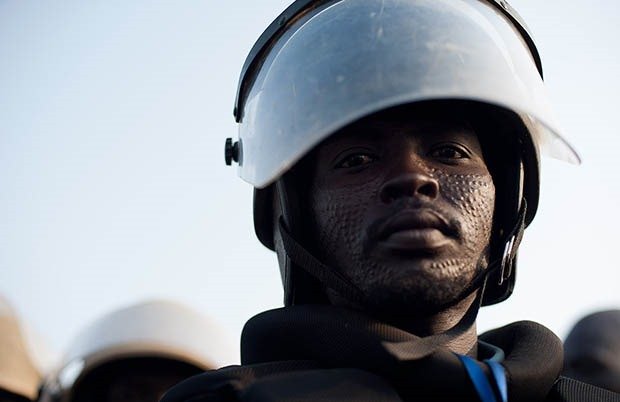 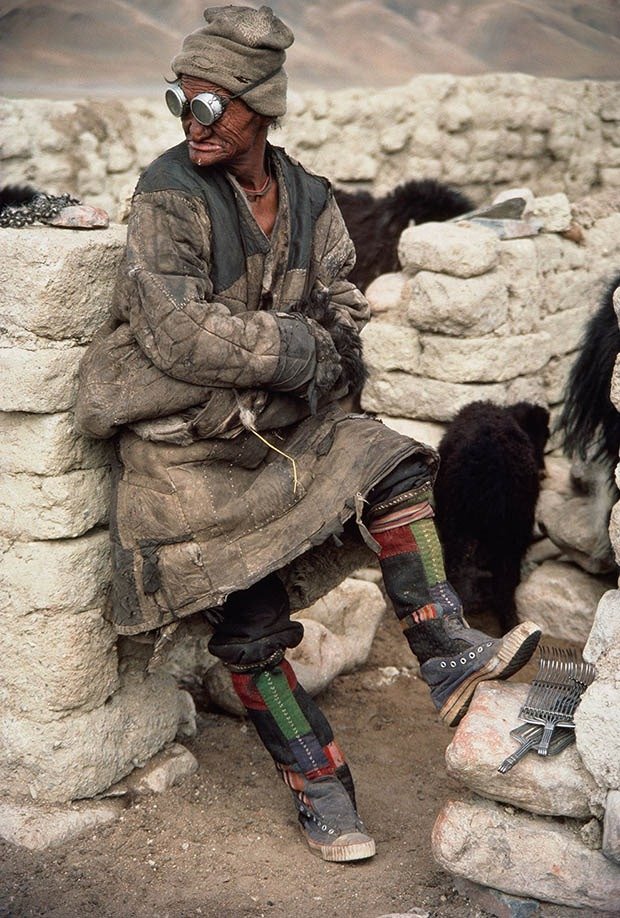 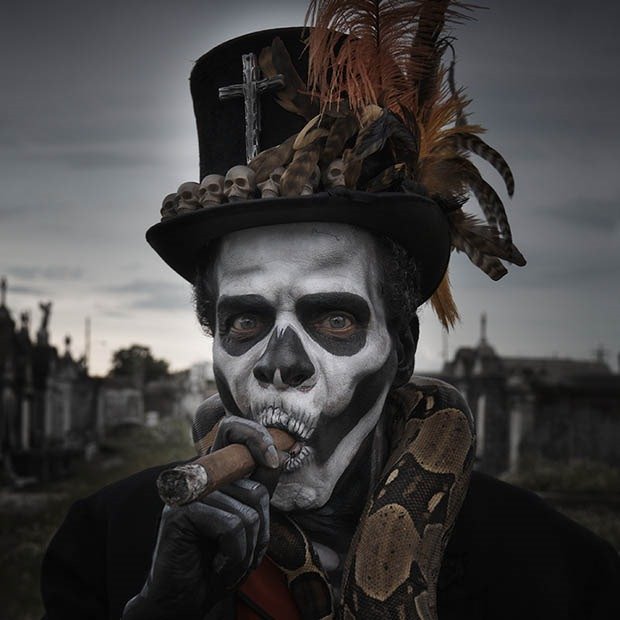 He is usually depicted with a top hat, black tail coat, dark glasses, and cotton plugs in the nostrils, as if to resemble a corpse dressed and prepared for burial in the Haitian style. He has a white, frequently skull-like face (or actually has a skull for a face), and speaks in a nasal voice. The former President for Life of Haiti, François Duvalier, modeled his cult of personality to Baron Samedi; he was often seen speaking in a deep nasal tone and wearing dark glasses.

He is noted for disruption, obscenity, debauchery, and having a particular fondness for tobacco and rum. Additionally, he is the Loa of resurrection, and in the latter capacity he is often called upon for healing by those near or approaching death, as it is only Baron who can accept an individual into the realm of the dead. 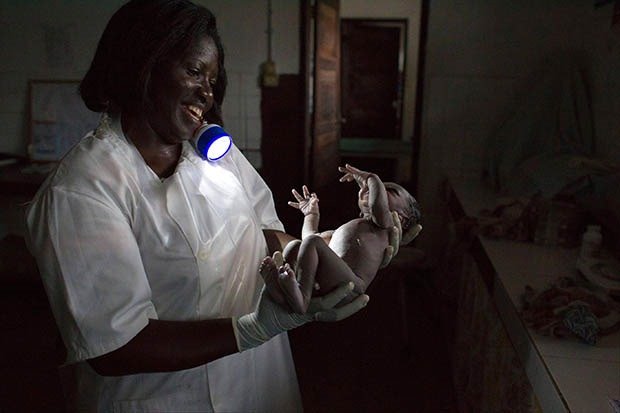 In this May 23, 2012 photo, chief midwife Maria Antoneta Cabral Barbosa holds a newborn baby boy she has just delivered by flashlight, at the regional hospital in Gabu, Guinea-Bissau. In Guinea-Bissau, one of the deadliest places in the world to give birth, a woman has a 1 in 19 chance of maternal death, compared to about 1 in 2,100 in the United States. Women are increasingly heading to medical centers when things go awry, but logistical, financial, and cultural barriers are still keeping many pregnant women from seeking help in time. 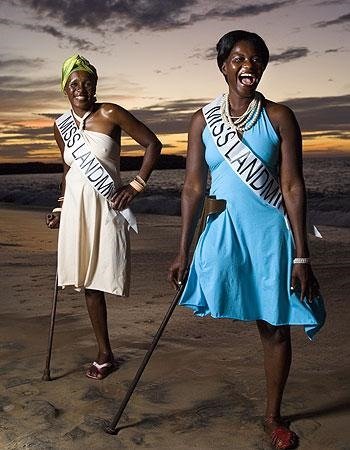 “Miss Landmine” was an art project done by “Morten Traavik”, a Norwegian artist. He arranged one in 2008, and one in 2009. The project was supported financially by the Norwegian Foregin Office, but was closed after much critique by the somewhat left oriented party “Sosialistisk Venstreparty” (Directly translated; socialist left-party) because, according to them, Traavik tried to make landmine-victims into sexual objects.