Here are 25 Interesting Things That Happened While Filming Movies. 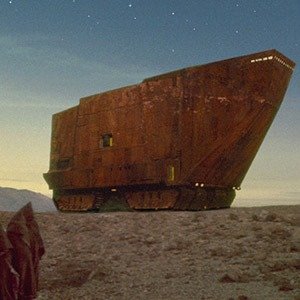 1. While Lucas was filming Star Wars in Tunisia, the Libyan government became worried about a military vehicle parked near the border. The Tunisian government, receiving threats of military mobilization, politely asked Lucas to move his Sandcrawler away from the border. – Source

2. As Christopher Mintz-Plasse (McLovin) was only 17 when filming Superbad, his mother was required to be on set during the filming of his sex scene. – Source

3. Peter Mayhew (Chewbacca) was required to be accompanied by crewmembers who wore brightly-colored vests in the forests of the Pacific Northwest while filming scenes set on Endor, so as not to be mistaken for Bigfoot and shot. – Source

4. During the filming of Ben-Hur, an extra turned blue when he fell into a pond that had dye poured into it. He was kept on the MGM payroll until the color wore off. – Source

5. While filming Rocky IV, Sylvester Stallone asked Dolph Lundgren to try to knock him out for real. Lundgren hit him so hard that he was sent to the hospital and was in the ICU for 9 days. – Source 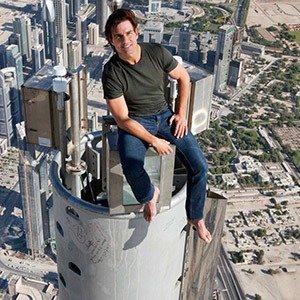 6. Tom Cruise vandalized the world’s tallest building in 2010. While filming Mission: Impossible 4, he climbed to the top of the Burj Khalifa (without safety equipment) and etched Katie Holmes’ name into the spire. – Source

7. Marty Feldman, who played Igor in “Young Frankenstein,” clandestinely moved his hump from side to side during filming for several days until someone noticed it. It was then added to the script and made into a recurring gag. – Source

8. When Sean Connery was filming a love scene in the movie Another Time, Another Place, his co-star’s gangster boyfriend got jealous and pulled a gun on him. Connery grabbed the gun from his hand and twisted the guy’s wrist until he ran off the set. – Source

9. During the filming of Titanic, an angry crew member put PCP in James Cameron’s soup, sending him and 50 others to the hospital. – Source

10. Bill Murray hired an assistant who ‘was profoundly deaf and spoke only in sign language’ to make communication as difficult as possible between him, the director and the studio during the filming of ‘Groundhog Day.’ 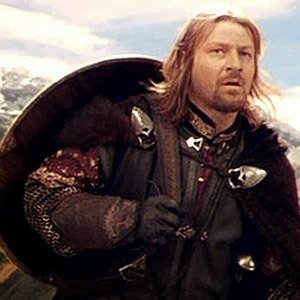 11. During the filming of Lord of the Rings, Sean Bean refused a helicopter ride to a set due to a fear of flying and instead hiked up to it in full Boromir armor. – Source

12. During the filming of the nude co-ed shower scene in Starship Troopers, director Paul Verhoeven was also completely naked. It was the only way the actors agreed to film the scene. – Source

13. During the filming of Snow Buddies (an Air Bud spinoff) 5 puppies died. – Source

14. Art Scholl, the pilot hired to do in-flight camera work for Top Gun died while filming the scene leading to Goose’s death. His plane spun through its recovery altitude, at which time he radioed “I have a problem… I have a real problem.” The film is dedicated to his memory. – Source

15. During the filming The Princess Bride, the actor playing Count Rugen (Christopher Guest) inadvertently knocked Cary Elwes out when he tapped him on the head too hard with the butt of his sword. The scene of Westley falling to the ground unconscious is real. – Source 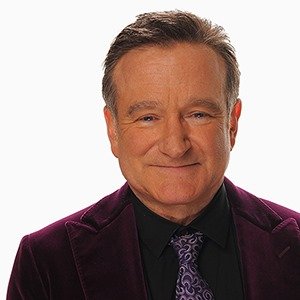 16. Robin Williams called Spielberg every two weeks to cheer him up with various jokes during the filming of Schindler’s List. – Source

17. A movie named Shark was released in 1969 starring Burt Reynolds and someone decided it was a great idea to use live sharks during filming. One stuntman was killed. – Source

18. The little boy who played Danny in The Shining, was so guarded by Stanley Kubrick during the filming process that he did not know it was a horror film until many years later. He has since abandoned acting and gone on to become a science teacher. – Source

19. When filming the movie “Space Jam”, Warner Brothers built an indoor gym nicknamed the “Jordan Dome.” Michael Jordan used it to get back into playing shape for his return by playing pickup games against other NBA players and celebrities. – Source

20. While filming his death in ‘Goodfellas’ Michael Imperioli cut his hand on a glass and was taken to the ER where the doctors rushed to treat his fake bullet wounds. – Source 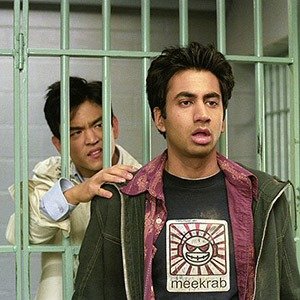 21. The only time White Castle made vegetarian Sliders was while filming ‘Harold and Kumar’ because Kal Penn is a vegetarian. – Source

22. During the filming of Rushmore, when Wes Anderson had to scrap a shot due to budgetary constraints, Bill Murray handed him a blank check to cover the cost. – Source

23. When filming Jaws 2, cast members were circled by actual hammerhead sharks. Because the scene called for the actors to yell for help, the crew did not immediately realize they were in danger. – Source

24. During the filming of “Blazing Saddles,” a man walked into a scene of the movie. He wasn’t part of the cast or crew, but the director, Mel Brooks, decided to leave him in the movie for comical effect. – Source

25. While filming Scott Pilgrim vs. The World, Michael Cera had to dumb down his bass playing ability so he would not outshine the other members. – Source

Which is faster gravity or light?