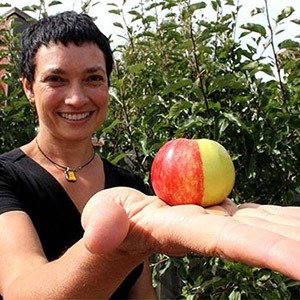 1. In 2009, a fruit grower in UK was left stunned when he found an apple on his tree split exactly half green, half red down the middle. The fruit’s striking coloring is thought to be caused by a random genetic mutation at odds of more than a million to one. – Source

2. The atmospheric debris caused by eruption of Krakatoa volcano in Indonesia in 1883 resulted in blood red sunsets all over the world for months. Edvard Munch’s painting “The Scream” depicts a Krakatoa sunset over Oslo, Norway. – Source

3. Flamin’ Hot Cheetos have caused panic among parents whose kids ate too much of them, resulting in a reddish stool that sent them running to the emergency room. It was just the chemicals that turned the stools red. – Source

4. Hydrangea flowers are a naturally occurring pH indicator and can change color depending on soil acidity. In acid soils, chemical reactions occur in the soil that turns the flowers blue. In alkaline soils, these reactions cannot occur causing the flowers to remain pink. – Source

5. Ordinary Scotch tape produces a glowing blue light where the end of the tape is being pulled away from the roll. In 1953, Soviet scientists first observed that unpeeling a roll of tape in a vacuum produced X-rays.- Source 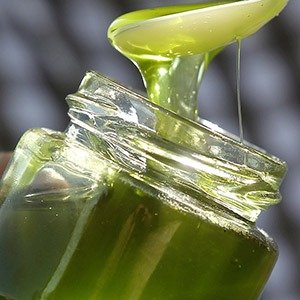 6. In 2012, beekeepers in France were confused to discover that their bees were producing blue and green honey. Investigations later found it was the result of bees foraging in the waste from an M&Ms factory. – Source

7. While Hollywood and cartoons often depict nuclear waste as a gooey lime green-glowing substance, in reality, it is usually an innocuous-looking metal or colorless contaminated water. Some materials do glow, like the ‘radium’ Marie Curie worked with; but that glows blue, not green. – Source

8. Viagra, Cialis, or Levitra can cause a person to see everything tinted with blue. This is referred to as Cyanopsia or blue vision. – Source

9. Chronic exposure to Silver or silver dust can cause Argyria. The most dramatic symptom of argyria is that the skin permanently turns blue or bluish-grey. – Source

10. Smarties are flavored as such: White is orange/cream, yellow is pineapple, pink is cherry, purple is grape, orange is orange and green is strawberry. – Source 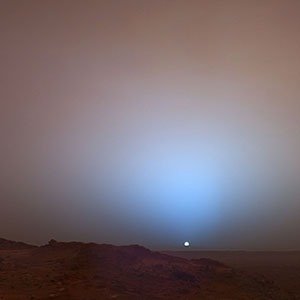 11. The sun glows a cool blue as it sets in the Martian sky. The red dust in the atmosphere scatters red light, so when anyone looking around would see a reddish sky. Meanwhile, the red wavelengths are filtered out of the direct path of light from the sun, leaving light towards the bluish end of the color spectrum. Those looking at the sun will see it as blue. – Source

12. “Ripe Black Olives” in a can are actually olives which are neither black nor ripe when they are picked. They are picked very green and then cured using dilute brine and lye solutions. – Source

13. Prescription bottles are orange or light brown due to its ability to prevent ultraviolet light from degrading the potentially photosensitive pill through photochemical reactions, while still letting enough visible light through for the pills to be easily visible. – Source

14. Oranges are actually green when grown in a tropical climate. They only become orange in color when grown in more temperate climates. – Source

15. Salmon are pink because of their primarily crustacean diet – Source 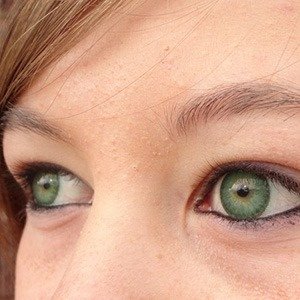 16. Green eyes make up only 1-2% of the entire human population, and natural occurring Violet colored eyes do exist. – Source

17. Errant Thai police are required to wear big bright pink Hello Kitty armbands against their dull grey uniform as a form of punishment if they commit petty offenses such as showing up late, parking illegally, and getting in fights with other officers. – Source

18. In the 1880s, Margarine had to be dyed pink in order to prevent confusion between butter substitutes and actual butter. – Source

20. Cyanide was named after the color cyan because it was originally isolated from the Prussian blue dye. – Source 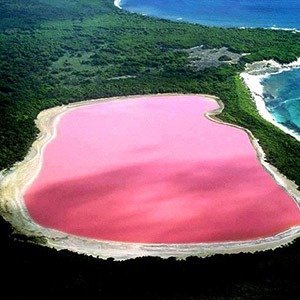 21. Lake Hillier is a bubble-gum-pink lake right on the edge of Recherché Archipelago’s largest island in Australia. The color is permanent, and does not alter when the water is taken in a container. It is speculated that the color is either caused by a reaction of sea salt and sodium bicarbonate or by red halophilic bacteria in the salt crusts. – Source

22. In medieval times, Japanese used to dye their teeth black. Dyeing was mainly done by married women, though occasionally men did it as well. It was also beneficial, as it prevented tooth decay, in a similar fashion to modern dental sealants. – Source

23. In modern times, the color Tyrian purple has been recreated, at great expense. When the German chemist Paul Friedander tried to recreate Tyrian purple in 2008, he needed 12,000 mollusks to create 1.4 ounces of dye, enough to color a handkerchief. – Source

24. Almost all carrots used to be purple and it wasn’t until the 17th century that most of them became orange. – Source

25. Films were colorized as early as 1902 by hand painting each frame, resulting in a fantastically bright color scheme. – Source