Here are 25 Kickass and Interesting Facts About Colors – Part 2. For part 1, click here. 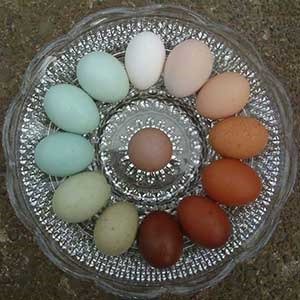 1. Chickens with white earlobes lay white or lightly tinted eggs, and chickens with red earlobes most commonly lay brown eggs. There are exceptions, of course, but this is the general rule. – Source

2. The color of Facebook is blue because Mark Zuckerberg is red-green colorblind. – Source

3. Some species of birds are capable of seeing a 4th primary color (in the ultraviolet spectrum) totally invisible to humans. It allows them to see a totally different fundamental color, and all derivatives obtained by mixing it with the other three primary colors. – Source

4. Companies have begun treating their meat with nitrates and then packing & storing the product in a carbon monoxide atmosphere. The carbon monoxide gas in the package slows the discoloration of the meat. Unfortunately, this is a deceptive marketing practice as it only makes the meat look fresh. The meat still spoils normally. The artificially-induced pink color can remain in the meat for a very long time, up to one full year. Companies have been using this technique since early 2003. – Source

5. Color laser printers print a watermark on every page that identifies the printer to reassure governments that the printers wouldn’t be used for forgery. Tiny yellow dots are added to each page. The dots are barely visible and contain encoded printer serial numbers and timestamps. – Source 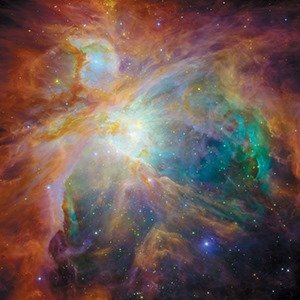 6. The Hubble telescope uses a black and white camera to capture pictures. Scientists take color pictures by putting a blue filter in front of the lens and take a picture, then repeat with a red, then green filter. They then combine the 3 images to create a full color picture. – Source

7. Nurses and doctors wear green or blue scrubs to help relieve eye strain from constantly looking at red (patient’s insides), which is also opposite on the color wheel. They’re easier to wash and keep longer. – Source

8. Veterinarians used to believe that dogs saw only in black and white, but studies suggest that they actually do have some color vision. Dogs see the colors of the world as yellow, blue, and gray. Many common colors used for dog toys are actually hard for a dog to see. – Source

9. Batman the Animated Series had a unique drawing style. The animators used light colors on black paper, the complete opposite of the animation industry standard. – Source

10. For the “horse of a different color” effect on The Wizard of Oz (1939), horses were tinted with lemon, cherry and grape Jello powder, which the horses would persistently try to lick off. – Source 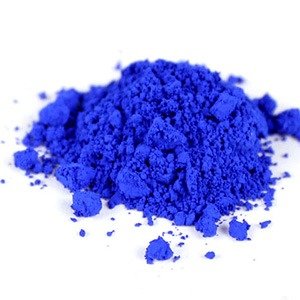 11. The highly expensive paint “Ultramarine blue” is named not after it’s ocean-blue color, but instead means “from beyond the sea” (i.e. imported from Asia).- Source

12. How squid choose and hold particular skin colors to help camouflage themselves remains unknown and is particularly interesting because they are completely colorblind. – Source

13. The Arctic reindeer has a layer of tissue in the eye called the tapetum lucidum which lies behind the retina and reflects light back through it to enhance night vision. By changing its color, the tapetum lucidum reflects different wavelengths of light. Its color changes through the seasons from gold to blue. – Source

14. Anytime you see an ingredients list that includes carmine, cochineal extract or natural red 4, you can be sure that there’s a little powdered bug therein.- Source

15. There exists a waterfall (Blood Falls) in Antarctica from a water source that has never seen sunlight and is completely devoid of oxygen. It’s also extremely rich in iron and sodium. When the water is finally exposed to air as it flows out of the glacier, it rusts, coloring the water blood red making it look like the glacier is bleeding. – Source 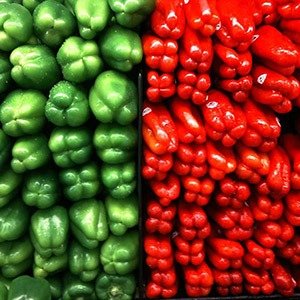 17. As a deterrent to poachers, South African authorities inject a strong red dye into rhino horns which is clearly visible and poisonous to humans. – Source

18. The only green over red stoplight in the world is in Syracuse, NY because some persistent local Irish kids didn’t want the red (British) above green (Ireland). – Source

19. The biggest sperm bank in the world turns down red headed donors because “not enough people want ginger kids.” – Source

20. Stoplight loosejaw is a deep sea fish that takes advantage of the fact that other fishes can’t see red light, and illuminates its prey with a beam of red bioluminescence so it can hunt with an effectively invisible beam of light. – Source 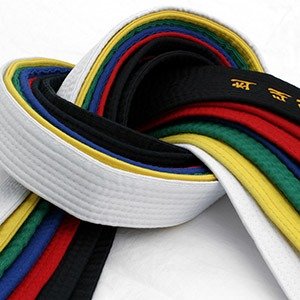 21. Karate belts progress from light to dark colors as you progress in rank because in poorer times it was easier and cheaper to keep dying 1 belt a new (darker) color than keep buying new belts. – Source

22. American school buses are yellow because you see yellow faster than any other color, 1.24x faster than red in fact. – Source

23. White asparagus is the same as green asparagus except that it’s kept buried when growing so no photosynthesis occurs. – Source

24. Some babies in Asia are born with a Mongolian Blue Spot, a blue birth mark on the lower back and butts that usually disappears after three to five years. – Source

25. Mandarinfish is one of only two vertebrates known to have blue coloring because of natural cellular pigment. In all other cases of blue colored animals, the color blue is made through the scattering of light. – Source
&nbsp