Here are 25 Kickass and Interesting Facts About Animal Zoos. 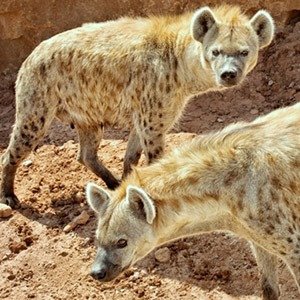 1. Maruyama Zoo in Japan unsuccessfully tried to mate a pair of hyenas between 2010 and 2014, before realizing they were both males. – Source

2. During the outbreak of World War II, London Zoo killed all their venomous animals in case the zoo was bombed and the animals escaped. – Source

3. In 1987, Gabi, a German shepherd guard dog in a Belgrade Zoo fought and defeated an escaped jaguar and in doing so saved the life of a zoo employee. – Source

4. Mike Tyson once offered a zoo attendant $10,000 to open the cage of a bullying gorilla, so he could “smash that silverback’s snotbox.” His offer was declined. – Source

5. The urine of maned wolf has a very distinctive odor, similar to cannabis. The responsible substance very likely is a pyrazine, which also occurs in marijuana plants. At the Rotterdam Zoo, this smell once set the police on a hunt for cannabis smokers. – Source 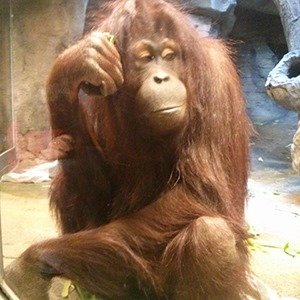 6. An orangutan named Fu Manchu repeatedly escaped from his cage at the zoo using a key he had fashioned from a piece of wire. Every time his zookeepers inspected him, he hid the key in his mouth. – Source

7. During the 18th century, the price of admission into a zoo in England was three half-pence, or the supply of a cat or dog to be fed to the lions. – Source

8. About 19 Guinea baboons from Paris Zoo were sent to a national park in England in 2004. They were unable to understand English commands but were fully cognitive of French words, forcing their English keepers to learn French. – Source

9. A bear cub named Winnipeg was exported from Canada to the London Zoo in 1915. A little boy named Christopher Robin Milne loved to visit Winnipeg (or Winnie for short) and his love for the bear cub inspired the stories written by his father, A.A. Milne, about Winnie-the-Pooh. – Source

10. Bonobos, one of our most closely related primates, are rarely, if ever, found in zoos because they constantly have sex (both oral and genital) with each other regardless of their own age or sex. – Source 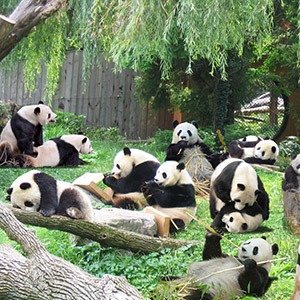 11. China retains ownership of all the giant pandas around the world, which are selectively loaned to other countries. The fee for a pair is usually $1 million a year, with funds going toward conservation efforts in China. Rentals typically last for 10 years, with a renewal option. – Source

12. Ota Benga was a Congolese man, an Mbuti pygmy known for being featured in an anthropology exhibit at the Louisiana Purchase Exposition in St. Louis, Missouri in 1904, and in a controversial human zoo exhibit in 1906 at the Bronx Zoo. – Source

13. Chendra, an Asian elephant at the Oregon Zoo, likes to take morning walks with her handlers and meet other animals. The sea lions are her favorite. – Source

14. During World War 2, trained elephants at a zoo in Tokyo were starved to death. Throughout the ordeal, they repeatedly performed their tricks in fruitless attempts to get fed. – Source

15. A 30-year-old chimp from Furuvik zoo in Sweden collects round disks of concrete, stockpiles them, and saves them until he could throw them at visitors. “Nothing like it has as yet been reported from the wild, nor from any captive chimpanzees.” – Source 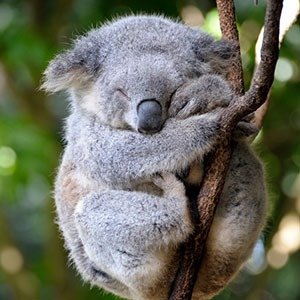 16. In 2006, thieves planning to steal one of the koalas in Rockhampton Zoo of Queensland, Australia changed their mind after it proved too vicious because “apparently [the koala] scratched the sh*t out of them” and stole a crocodile instead which was easier. – Source

17. In 1987, a Chilean Flamingo named Pink Floyd escaped from a zoo in Salt Lake City and lived alone in the wild in Utah on the Great Salt Lake, surviving off brine shrimp. He was last seen in 2005, but others have claimed they have spotted him since. – Source

18. At the start of the 20th century, Paris had a zoo full of confined humans from their colonies: Madagascar, India, China, Sudan, Congo, Tunisia and Morocco. Over a million people visited the zoo. – Source

19. Zoos will take donated Christmas Trees and use them to feed their animals. – Source

20. Jambo was a celebrated gorilla housed at Jersey Zoo. He is well known for protecting a young boy named Levan Merritt who fell into the gorilla enclosure in 1986. – Source 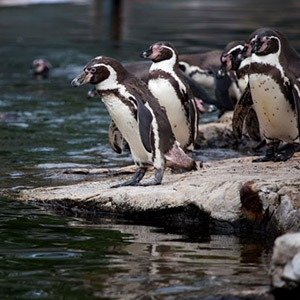 21. A zoo in Germany attempted to have a group of gay penguin couples to behave heterosexually, but the penguins would not participate and longed for their mates until they were reunited. – Source

22. An orangutan named Sibu at a zoo in Apeldoorn, Netherlands rejected all attempts made for him to mate with female orangutans. He only exhibited sexual interest in his human female caretakers with a particular penchant for the blonde ones with tattoos. – Source

23. In 1949, India sent the Tokyo Zoo two elephants to cheer the spirits of the defeated Japanese empire. – Source

24. During World War II, the very first bomb dropped on Berlin by the Allies killed the only elephant in the Berlin Zoo. – Source

25. In 2009, two zebras died of hunger in a zoo in Palestine and were replaced with donkeys painted with black and white stripes. – Source

25 Kickass and Interesting Facts About Music