Here are 25 Kickass and Interesting Facts About Ants. 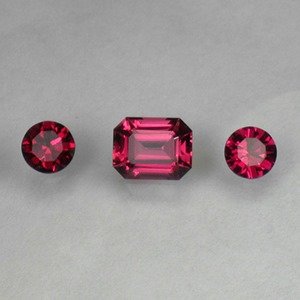 1. ‘Ant hill garnets’ are small gemstones that are ‘mined’ by ants in a few places in Arizona. Ants find the garnets while digging their anthills, drag them out, and discard them on the surface – Source

2. The young queens of a parasitic ant species called Solenopsis daguerrei will infiltrate nests of other species such as a fire ant colony, kill their queen and take her place. The workers raise the impostor’s children, which then fly off to infest more colonies. They are being considered as a biological method to control the spread of fire ants. – Source

3. When skydiver Joan Murray’s main parachute and backup parachute failed, she approached the ground at 130 kilometers per hour, landing on a mound of fire ants. Doctors believe that the shock of being stung over 200 times by the ants released a surge of adrenaline, which kept her heart beating. – Source

4. Only two species on earth have learnt to domesticate other species, humans and ants. There are 14 species of ants that can also enslave other ants. – Source

5. Dead ants emit a chemical that tells other ants to move the body to a burial ground. If this chemical is sprayed on a live ant, other ants will treat it as a dead ant, regardless of what the live ant does. – Source 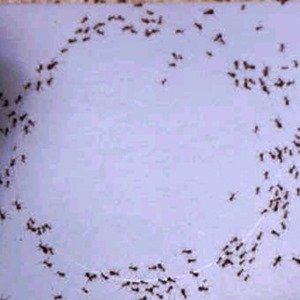 6. An ant mill is an observed phenomenon in which a group of army ants, which are blind, are separated from the main foraging party, lose the pheromone track and begin to follow one another, forming a continuously rotating circle. The ants will eventually die of exhaustion. – Source

7. The 19th century biologist Sir John Lubbock experimented on ants by getting them drunk. He discovered that sober ants would carry their drunken ant comrades back to their nest, if they were from the same colony, but they threw drunk strangers into water. – Source

8. Phengaris rebeli is a species of parasite butterfly whose larvae mimic ant larvae so the worker ants will feed them. They then ascend to the highest social ranks by mimicking the sound that the queen of the ant colony makes to get extra attention. Researchers once saw larvae attacked by the queen ants, upon which ant workers saved the butterflies and attacked their queens. – Source

9. Such is the strength of the ant’s jaws that, in East Africa, they are used as natural, emergency sutures. Various East African indigenous tribal peoples, when suffering from a gash in the bush, will use the soldiers to stitch the wound by getting the ants to bite on both sides of the gash, then breaking off the body. This use of ants as makeshift surgical staples creates a seal that can hold for days at a time. – Source

10. Queen ants have one of the longest life-spans of any known insect, up to 28 years. – Source 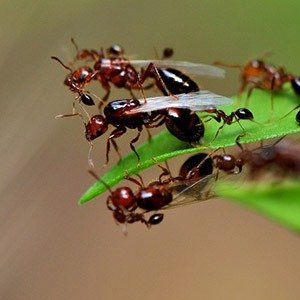 11. After an ant colony is well established and has enough resources to spare, winged ants start to emerge. – Source

12. Ants cannot be seriously injured from impact with the ground after being dropped from any height, because they don’t have enough mass. – Source

14. Some species of carpenter ants can explode at will. As a last resort they contract their abs to rupture their internal glands, resulting in a suicidal burst of corrosive, immobilizing glue. – Source

15. There is a species of ant named Pheidole harrisonfordi in honor of the actor’s (Harrison Ford) work as a conservationist and environmentalist. – Source 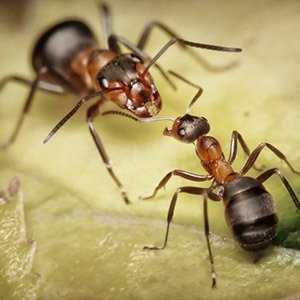 16. Ants conduct war in ways similar to humans. They even use more advanced strategies like reconnaissance and sending expendable ants to the front line so as to preserve the stronger ones. – Source

17. Crows will crush an ant and rub it all over themselves like perfume! The Formic Acid in the ants helps ward off parasites. – Source

18. The infected in the video game ‘The Last Of Us’ are infected by a fungus called Ophiocordyceps unilateralis which in reality can be found in some species of ants today. The fungus alters the ant’s behavior, kills it, consumes its tissues and grows outside it, releasing its spores. – Source

19. World’s biggest animal society is a super-colony of Argentine ants with thousands of kilometers long sub-colonies, in South America, Europe and Japan. Any member ant can freely travel to any place in any subcolony, but non-members are attacked. – Source

20. A study revealed that 20% of worker ants in colonies contribute nothing and are considered “Lazy Ants.” – Source 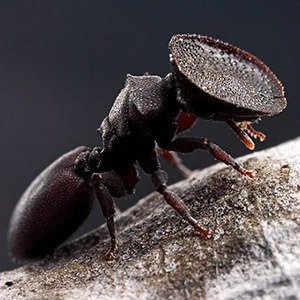 21. Cephalotes varians or the Turtle Ant is a species of ant whose head has evolved into a “door” that can block the entrance to its nest. – Source

22. The Sahara Desert Ant is able to form a direct route back to its nest after foraging by adding and subtracting the vectors of its path in its head, thereby creating a short and distinct return path. – Source

23. Ants use “social immunization,” i.e. if one is infected with a fungus, they still lick the ant, spreading it throughout the colony. This practice both kills some of the spores, and builds immune resistance. – Source

24. Leaf cutter ants do not eat leaves. They feed the leaves to a species of fungi within their nest and then feed off the fungi. – Source

25. The algorithm that the ants use to scope out food availability before scaling up or down the rate of outgoing foragers is essentially the same algorithm as that internet protocols use to discover how much bandwidth is available for transferring a file. – Source