Here are 25 Kickass and Interesting Facts About Avengers: Age of Ultron. 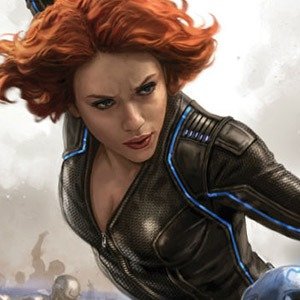 1. Scarlett Johansson was pregnant during filming of this movie so many of her scenes were scheduled early in filming before she began to show. To help hide her pregnancy later in filming, three stunt doubles were hired. This caused a lot of confusion among the other actors since, according to them, all of the stunt women looked very similar to Johansson. Chris Evans stated that it got to the point where he would say hello and start a conversation with one of them, only to realize mid way that the person he was talking to wasn’t Johansson. Ultimately, some scenes used CGI to hide Johansson’s belly.

2. Because Ultron was 8-9 feet tall, the 5-foot 10-inch James Spader had to wear an antennae-like contraption made out of a thick piece of wire with two red balls attached to the top that went up his entire back and 3 feet above his head. This was done so that the actors that shared scenes with him would be able to have a reference point for where his eyes would be; the two red balls represented the placement of Ultron’s eyes. Elizabeth Olsen stated that this was actually distracting because Spader would be giving an intense performance and out of instinct she would look at him rather than the balls representing his eyes. Much to everyone’s amusement, whenever this happened, Aaron Taylor-Johnson would yell, “Red balls! Look at his balls, Lizzie!” at her in order to get her to look in the right direction.

3. Industrial Light & Magic developed a new motion capture system for the film called Muse, to better capture the actor’s facial/body movements and combine different takes of the same performance, with regards to Ultron and the Hulk.

4. James Spader described Ultron as self-absorbed and immature: “He sees the world from a very strange, biblical point of view because he’s brand new, he’s very young… He’s immature, and yet has knowledge of comprehensive, broad history and precedent, and he has created in a very short period of time a rather skewed worldview.”

5. The trailer was viewed 34 million times on YouTube in the first 24 hours after it was released. This broke the record that was previously held by Iron Man 3 (2013). 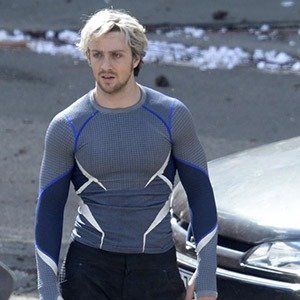 6. The addition of Quicksilver to the cast sparked wide discussion over the direction of the character who appeared in X-Men: Days of Future Past (2014). Quicksilver had been discussed previously as a potential character in both X-Men: The Last Stand (2006) and Avengers Assemble (2012), but legal complexities over the license to the character resulted in his omission from both films. However, in May 2013 both Marvel and Fox Studios announced a resolution to the previous legal issues, and that Quicksilver would appear in this film as well as an X-Men sequel, though under certain parameters: no allusion to his relations to the X-Men or Magneto (the character’s father) can be made in an “Avengers” film, and no reference to Quicksilver’s membership in the Avengers can be made in an “X-Men” film; the rights agreement between Fox and Marvel even goes so far as to stipulate the character cannot be referred to as a “mutant” in any Marvel film. Additionally, the day after Fox announced Evan Peters as Quicksilver, Marvel and Fox entered into a legal standoff over provisions of the rights agreement for the character, including the issue of whether Peters would be allowed to portray Quicksilver in any other film outside the “X-Men” franchise, necessitating a second actor to play Quicksilver in any Marvel film, resulting in two different versions of the same character appearing in two competing film series.

7. In an interview with Empire magazine, Joss Whedon said that he wanted to lengthen the scenes with Thor at the pool and his vision but executives issued an ultimatum stating that it could be lengthened but it would be in place of Hawkeye’s farm scenes. Whedon chose to keep the farm scenes.

8. Ultron recites “No Strings On Me”, a song from Pinocchio (1940), a Walt Disney film about an inanimate being who gains sentience; Ultron serves as a dark parallel of Pinocchio.

9. When Tony Stark goes to upload his new AI partner, F.R.I.D.A.Y. There is another drive labeled JOCASTA. Jocasta in the comics was an AI created by Ultron, her mind and body were modeled after Janet Van Dyne (The Wasp). She would eventually turn against Ultron and join the Avengers.

10. “Marvel Ultimates” comic is famous for featuring a controversial incestuous story-line between Quicksilver and Scarlet Witch. According to Elizabeth Olsen, while this particular aspect would not be overtly present in the film, she and Aaron Taylor-Johnson “played around” with certain parts of it: “Every time you see an image of them, they’re always holding each other’s hand and looking over each other’s shoulder. They’re always so close, it’s almost uncomfortable. Aaron and I have been playing a little bit with those kinds of images just for ourselves.” 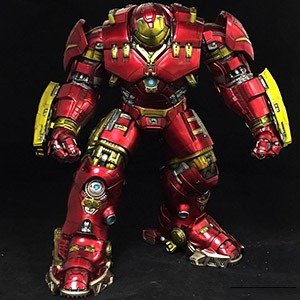 11. The Hulkbuster armor has three Arc Reactors on the front, one on the Chest and one on each knee, and four on the back. Excluding the Arc Reactor of the suit worn underneath the Hulkbuster, it’s safe to say that it takes seven Arc Reactors just to power the gargantuan suit.

12. Bruce Banner’s creation that houses the extra Hulkbuster parts, Veronica, is named that as an in-joke based on the Archie comics. Archie Andrews is always torn between the two women that love him, Betty and Veronica. Banner already had a girlfriend, Betty Ross, so this armour was named Veronica as a contrast to Banner’s alternate personality the Hulk.

13. Joss Whedon claimed that juggling all the characters in the film was “a nightmare”: “They’re very disparate characters. The joy of the Avengers is they really don’t belong in the same room. It’s not like the X-Men, who are all tortured by the same thing and have similar costumes. These guys are just all over the place. And so it’s tough.” He was so exhausted with working on this film, that he decided not to direct the sequels Avengers: Infinity War – Part I (2018) and Avengers: Infinity War – Part II (2019).

14. The film was named after a 2013 Marvel comic series ‘Age of Ultron.’ However Kevin Feige explained that that particular comic would not be used as a storyline: “We came up with a few titles, but every month a new comic book appears, and ‘Age Of Ultron’ is a great title. We had a few other ‘Of Ultrons’, but that was the best one. So we’re borrowing that title, but taking storylines from decades of Avengers storylines.”

15. At some point, the Abomination (the villain from The Incredible Hulk (2008)) was going to be an antagonist in the film or secondary villain and Tim Roth would have reprised his role from that film. However, the Abomination was written out of the film. 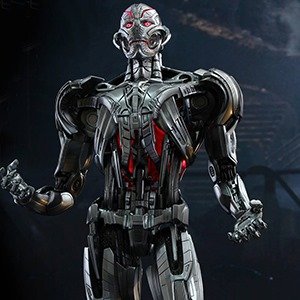 16. An early script of movie was that Ultron was created by government to eliminate the need of Avengers but Ultron turns on its creators and then Avengers again team up to stop him. However this draft was changed.

17. Although name checked for the first time, and playing a significant part in the plot, this actually marks the second time the fictional kingdom of Wakanda appears in a Marvel movie. Wakanda was referred to in Iron Man 2 (2010), where it can be seen as one of the hot spots on Nick Fury’s map. In the comics Wakanda is ruled by T’Challa, better known as the avenger The Black Panther, who is set to make his MCU debut in Captain America: Civil War (2016).

18. This is the first time in the Marvel cinematic universe that Thor appears in a movie without Loki. Tom Hiddleston did film a scene reprising Loki but it was ultimately cut from the final version as Joss Whedon felt it “didn’t play” well with the film as a whole.

19. When Scarlet Witch tries to mind control Hawkeye, he neutralizes her and quips: “I tried the mind control thing. Not a fan!” This is a reference to Jeremy Renner being openly displeased with his character being mind controlled by Loki during most of Avengers Assemble (2012). 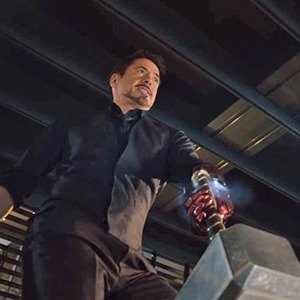 21. When Tony Stark tries to lift Thor’s Hammer he jokes saying “I’m re-instituting prima noctis”. Primae Noctis was, allegedly, a law in Late Medieval Europe by which a feudal lord could claim the “first night” (implying the night subsequent to her wedding) with any bride in his dominion, in order to have sexual relations with her. This practice was depicted in Braveheart (1995).

22. The scene where Ultron commands his drones to fly down and latch themselves onto the truck in Seoul took 360 days to complete. It was handled by only one animator, who upon completion of the scene received a party and a bottle of champagne for his efforts.

23. Besides appearing in the scene at the Avengers tower where the Avengers attempted to lift Mjolnir, War Machine (Colonel James Rhodes) did not make any appearance in any trailers until the eighteenth TV spot. Here, he is distinctly lacking his Iron Patriot color scheme, which was most likely scrapped between the events of Iron Man 3 (2013) and Age of Ultron. However he still sports the same Heads-up Display to Iron Patriot as seen in Iron Man 3.

24. The AI that Tony Stark builds to replace JARVIS is called FRIDAY. This is a reference to the 1940s slang term “girl Friday,” meaning a woman who performs different secretarial duties around an office.

25. Tony Stark says that the goal for the Ultron-program is to create peace, or as he puts it: “Peace in our time.” When Britain’s Prime Minister Neville Chamberlain returned to London after negotiations with Adolf Hitler in Munich in 1938, he promised that the outcome of the negotiations was “peace for our time” – a promise which (just like the Ultron-program) failed miserably: World War Two broke out less than a year later.

25 Kickass and Interesting Facts About Interstellar