Here are 25 Kickass and Interesting Facts About Boxing. 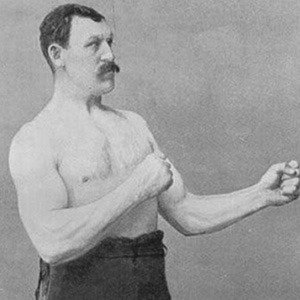 1. John L. Sullivan, the fighter from the overly manly man meme, fought in a bare-knuckle boxing match that lasted 75 rounds before he won. Sullivan died from a heart attack on February 2, 1918. When Sullivan was buried, the ground was frozen so hard that they had to blast out the grave with dynamite. Jake Kilrain, who served as a pallbearer, said, “Old John L. would have approved.” – Source

2. George Foreman has made more money selling his grills than for his boxing career in which he was a 2-time heavyweight champion. – Source

3. As a child Muhammad Ali was refused an autograph by his boxing idol, Sugar Ray Robinson. When Ali became a prizefighter, he vowed never to deny an autograph request, which he honored throughout his career. – Source

4. Thai prisoners are released early if they take part in special kickboxing matches against foreigners. – Source

5. Liam Neeson was an Irish amateur boxing champion, a forklift driver for Guinness and dropped out of a degree in computer Science all before the age of 25. – Source 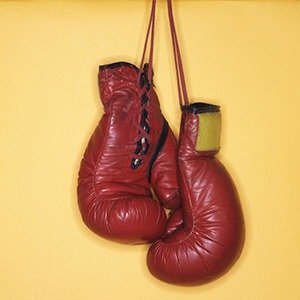 7. In fact, gloves were introduced into boxing not for safety reasons, but to increase hits to the head and dramatic knockouts. – Source

8. There is a growing sport in Berlin and London called Chess Boxing. Players alternate between a round of chess and a round of boxing until one is declared winner either by checkmate, knockout, or technical stoppage. – Source

10. Hall of Fame boxer Sugar Ray Robinson backed out of a fight because he had a dream that he was going to kill his opponent in the ring. After a priest and minister convinced Robinson to fight, Robinson went into the ring and killed his opponent, Jimmy Doyle. – Source 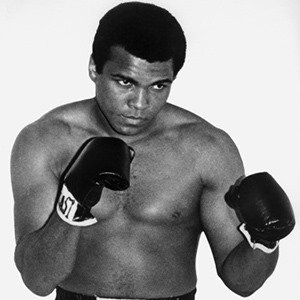 11. Legendary boxer Muhammad Ali reportedly went two months without sex before a big fight, claiming it made him unbeatable in the ring. – Source

12. There was a Jewish boxer named Salamo Arouch imprisoned at Auschwitz. While there, he was forced to fight bouts against other prisoners, the losers of which were sent to the gas chambers or shot. He survived over 2 years and 200 bouts, eventually being released when the camp was liberated. – Source

13. Boxer John Heenan got his ass handed to him so badly in an 1860 bare knuckle boxing match that they hired an artist to capture his rearranged face in oil. – Source

14. A Mexican boxer named Julio César Chávez won the first 87 bouts of his career, and wasn’t even knocked down until his 91st fight. He wound up winning 108 in his career. – Source

15. Fans sent “Get Well” cards to Evander Holyfield in advance of his fight with Mike Tyson where he was the 25-to-1 underdog. He went on to win the fight in one of the most shocking upsets in boxing history. – Source 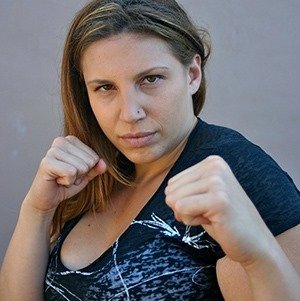 17. Actor John Cusack has trained in kickboxing for over 20 years and is a sixth-degree black belt. – Source

18. The phrase “pound for pound” was invented for Sugar Ray Robinson to start comparing boxers irrespective of their weight class. – Source

19. One of Bruce Lee’s teachers was an illegal bare knuckle champion, undefeated for at least 60 fights. He retired after accidentally blinding an opponent. – Source

20. Despite fighting some of the greatest boxers and fighting 93 fights and losing 18 times, Canadian Boxer George Chuvalo never once got knocked down or knocked out in a fight. – Source 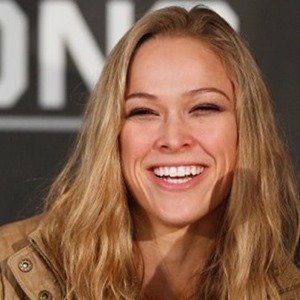 21. Ronda Rousey, UFC Women’s bantamweight champion, claims that having a lot of sex before a match is good for female fighters because it boosts testosterone levels. – Source

22. In professional boxing the record for most career knockouts is, 131 in 219 fights, held by Archie ‘The Old Mongoose’ Moore. – Source

23. Willie Pep is the only boxer to ever win a round without throwing a punch. – Source

24. UFC president Dana White was so furious about fighter Dennis Hallman fighting in a speedo, he awarded an honorary “getting those horrifying shorts off TV as soon as possible” bonus to Hallman’s opponent for finishing the fight in the first round. – Source

25. Tommy Burns was, apparently, the shortest heavyweight boxing champion ever, at 5’7″, and he was fair to and respected challengers of other races and sparring partners, which was generally frowned upon during those years. – Source