Here are 25 Kickass and Interesting Facts About Friends. 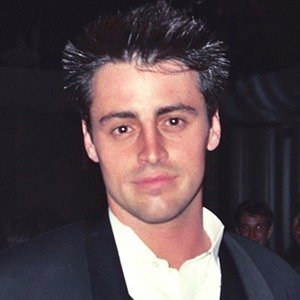 1. When Matt LeBlanc auditioned for the role he only had $11 dollars to his name. When the cast got their paychecks, the first thing that Courteney Cox bought was a car. Matt LeBlanc bought a hot dinner.

2. No Friend member ever made more money doing the show than any others. They started out making $22,500 per episode and ended up making $1,000,000 per episode. All negotiations were done in unison. Kudrow said, “The six of us are far stronger than just one person.”

4. Before the show was cast, the main love interest was intended to be Monica and Joey.

5. Because of a bet between Matthew Perry and Bruce Willis on the set of The Whole Nine Yards (2000) (which Perry won), Willis appeared in his two-episode guest role for free. 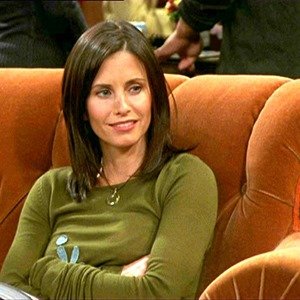 6. In the last few months of shooting Friends, Courteney Cox became pregnant, but, seeing as Monica wasn’t supposed to be able to have a baby, they covered up her pregnancy by making her wear baggy clothes while shooting the show so no one could tell.

7. In the opening credits to ‘The One After Vegas’, all of the names in the opening (actors and crew) were changed to have “Arquette” at the end of them, a gag on Courteney Cox-Arquette who had just recently married David Arquette.

8. Giovanni Ribisi plays Pheobe’s brother, Frank Jr. in later episodes, but he also has a small cameo in the earlier seasons. He plays a boy who accidentally throws a condom into Phoebe’s guitar case instead of a coin.

9. The opening credits sequence in which the stars dance in a fountain was shot in the Warner Bros Studios’ LA lot at 4am. The water was kept heated through a pump. The group was given the words to the Rembrandts song but it was not playing in the background because the song had not been recorded. Jennifer Aniston is the only cast member seen lip syncing in the opening credits, and this can be seen on the opening credits of ‘The Pilot’. It is not seen again after that episode in the beginning credits. However, on the last episode of each season they show at the end an extension of the friends dancing in the fountain and sometimes again including her mouthing the words.

10. Matt LeBlanc showed up on the day of the audition with a large ugly cut on his nose resulting from a tumble and a land on the edge of a sharp toilet seat. 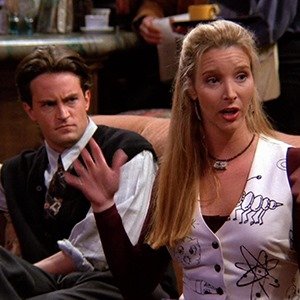 11. The original idea for the show was going to focus on four characters with Phoebe and Chandler in supporting roles. In the early stages the creators toyed with the idea of Chandler being gay. They changed their mind when they met Matthew Perry. They did, however, insert many jokes about Chandler having gay mannerisms (not knowing about sports, loving show tunes, etc.).

12. Joey’s statue of a white dog was originally given to Jennifer Aniston as a good luck present from her best friend when she started acting. She offered to lend it to the show for the episode where Joey became rich and bought a lot of stuff. After that episode, the producers decided to keep it.

13. 30-second commercial spots to take place in the final ever episode sold in the UK for £1.2 million (approx $1.8 million), the most expensive commercial slots of any TV program in England with the exception of sports.

14. The show debuted at a time when networks were beginning to eliminate theme songs during the opening credits; however, with the popularity of this theme song, “I’ll Be There for You” which went to #1 on the “Billboard Hot 100” and had incessant play on both the radio airwaves and television video channels, the show helped quell that trend.

15. The main characters from the show are named after All My Children (1970) characters. Ross for Ross Chandler, Joey for Joey Martin, Chandler for the Chandler family, Monica for Monique/Daisy Cortland, Rachel Greene for Janet Green, and Phoebe for Phoebe Tyler Wallingford. 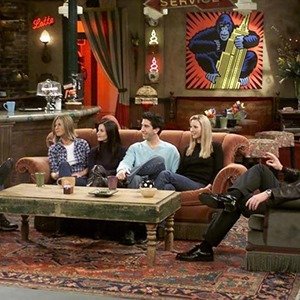 16. The orange couch used in Central Perk was found in the basement of the Warner Bros. studio.

17. All the friends have kissed each other, though one kiss is fictional (Monica and Joey in “The One With The Truth About London”), and two of the kisses appear off-screen (Rachel and Monica kiss to retain their apartment and Chandler kisses Ross at Joey’s birthday party before making out with Joey’s sister). Monica and Ross’s on-screen kiss is a quick peck. They also kissed off camera in “The One Where the Stripper Cries.”

20. The number 27 is used a lot throughout the series. Rachel tells a date that Monica labels her cups and uses the example cup 27, in one episode Monica Rachel and Phoebe wear 3 men’s firemen’s hats that have 27 on them. Chandler gives Ross $27 when he feels guilty that he’s seeing Monica, Joey tells everyone that he weighed 27 pounds when he was born and when Chandler needs to replace Monica’s broiling pan she tells him to order it from page 27 of their catalogue. 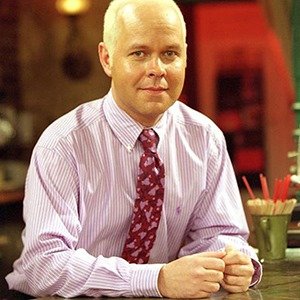 21. James Michael Tyler (Gunther) got his role because he was the only extra who could use a coffee machine. – Source

22. Jon Favreau was offered the role of Chandler Bing. He later returned as a guest star during the 1997 season as Pete Becker, Monica’s millionaire boyfriend.

23. June Gable who plays Joey’s agent, Estelle Leonard, also played a nurse who delivered a baby for Leah Remini (who originally auditioned for the role of Monica) in the episode where Ross and Carol have their own baby. Joey assisted his future agent by being the breathing coach during labor.

24. When Tom Selleck (who played Richard Burke) made his initial on-set appearances, he received standing ovations. These would render his entrances unusable, prompting the need for later re-shoots without the audience.

25. In the episode ‘The One with Frank Jr.’, when Chandler makes out his “celebrity list”, the fifth and final spot on his list was Jessica Rabbit. Jessica Rabbit was the fictional love interest in the movie Who Framed Roger Rabbit (1988) and was voiced by Kathleen Turner, who later played Chandler’s trans-gender father Charles in the series.

25 Kickass and Interesting Facts About SNL