Here are 25 Kickass and Interesting Facts About Interstellar. 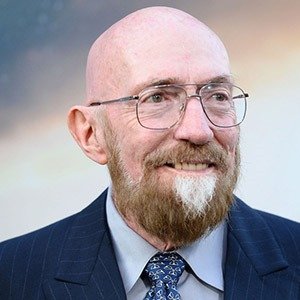 2. Early in pre-production, Dr. Kip Thorne laid down two guidelines to strictly follow: nothing would violate established physical laws, and that all the wild speculations would spring from science and not from the creative mind of a screenwriter. Christopher Nolan accepted these terms as long as they did not get in the way of the making of the movie. That did not prevent clashes, though; at one point Thorne spent two weeks talking Nolan out of an idea about travelling faster than light.

3. To create the wormhole and black hole, Dr. Kip Thorne collaborated with VFX supervisor Paul J. Franklin and his team at Double Negative. Thorne provided pages of deeply sourced theoretical equations to the team, who then created new CGI software programs based on these equations to create accurate computer simulations of these phenomena. Some individual frames took up to 100 hours to render, and ultimately the whole CGI program reached to 800 terabytes of data. The resulting VFX provided Thorne with new insight into the effects of gravitational lensing and accretion disks surrounding black holes, and led to him writing two scientific papers: one for the astrophysics community and one for the computer graphics community.

4. For a cornfield scene, Christopher Nolan sought to grow 500 acres of corn, which he learned was feasible from his producing of Man of Steel (2013). The corn was then sold and he actually made a profit.

5. On the first planet a single second would be about one and a half days in earth time. 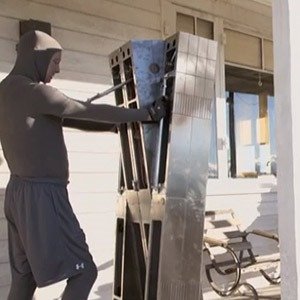 6. The majority of shots of the robot TARS were not computer generated. Rather TARS was a practical puppet controlled and voiced on set by Bill Irwin who was then digitally erased from the film. Irwin also puppeteered the robot CASE, but in that instance had his voice dubbed over by Josh Stewart.

7. The giant dust clouds were created on location using large fans to blow cellulose-based synthetic dust through the air.

8. According to Dr. Kip Thorne, the largest degree of creative license in the film are the clouds of the ice planet, which are structures that probably go beyond the material strength which ice would be able to support.

9. Features the most footage ever shot using 15/70mm IMAX cameras for a feature film, and, due to the film industry’s rapid conversion to digital projection formats, will potentially be the last feature film ever to be projected on 15/70mm IMAX film.

10. Many of the IMAX lenses used during filming were prototypes; never before seen, and some last minute modifications had to be made to some of the lenses just days before filming began. 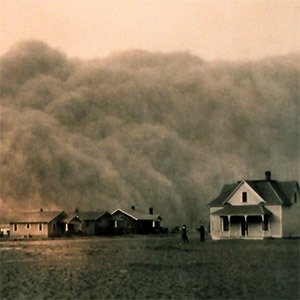 11. The apocalyptic Earth setting in this film is inspired by the Dust Bowl disaster that took place in the United States during the Great Depression in the 1930s.

12. Kip Thorne won a scientific bet against Stephen Hawking upon the astrophysics theory that underlies Interstellar (2014). As a consequence, Hawking had to subscribe Penthouse magazine for a year. This famous bet is depicted in The Theory of Everything (2014) which was released in the same year as Interstellar.

14. The film began as a Paramount production. When Christopher Nolan took the director’s chair, Warner Bros., who has released Nolan’s recent productions, sought a stake in the project. In exchange for international distribution rights, Warner gave Paramount the rights to co-finance future sequels of Friday the 13th (2009) and South Park: Bigger Longer & Uncut (1999).

15. The documentary style interviews of older survivors shown at the beginning of the film and again on the television playing in the farmhouse towards the end of the movie are from Ken Burns The Dust Bowl (2012). They are real survivors, not actors, of that natural disaster. 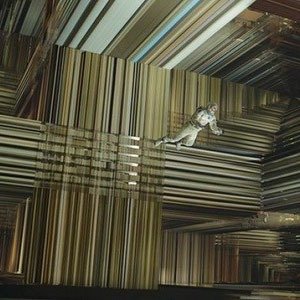 16. The tesseract scene (which looks like a giant library and allows Cooper to access his daughter’s bookshelf in the past) bears some resemblance to the concept of L-space as described in Terry Pratchett’s Discworld books. L-space (short for Library space) is the principle that the mass of information contained in a large collection of books warps space and time, and in consequence a sufficiently large library allows the visitor to access any library anywhere in space and time.

18. Actor Matt Damon was not included in the promotion for the film. His name was not mentioned and he did not attend any of the premieres. In fact, apart from an article in Variety announcing his casting as an “unspecified role,” his role was kept secret until the release of the film.

19. After the crew landed on Miller’s planet, just when they are about to get off Ranger 1, the score softens, and we can hear ticks approximately once every second. Because of the time dilation due to Gargantua’s gravity, every tick represents approx. 17 hours on earth.

20. Cooper and Dr. Brand came back to Endurance after 23 years, 4 months and 8 days. Which means that their entire mission on Miller’s planet took some 3 hours 17 minutes. 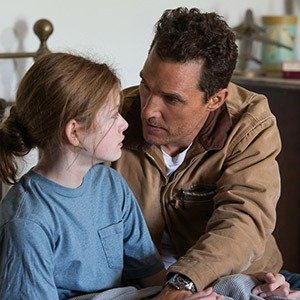 21. The character of Murph was originally a boy in early drafts of the script.

22. Although Doyle is presumed drowned after being struck by the tidal wave on Miller’s planet, his suit appears intact when the Ranger leaves, meaning it is remotely possible he could have survived the impact and is merely unconscious. Given the extreme time dilation on Miller’s planet, a rescue is very possible. Assuming a mission were to be dispatched from Cooper Station orbiting Saturn, it would take only 9 hours in relative time for Doyle to be rescued, but 65+ years would have passed for the rest of the world. (assuming a dilation factor of 1 hour per 7 years).

23. Hans Zimmer wrote the score for Christopher Nolan’s Interstellar based off a one page letter about “what it means to be a father.”

24. The film for the 70-mm Imax version of Interstellar weighed 600 pounds and required a forklift to be moved.

25. Several tracks of Hans Zimmer’s original score are recorded at a tempo of a beat per second (60 BPM) – precisely matching the passage of time, a recurring theme of the movie. These key scenes include “Imperfect Lock”, “No Time For Caution” (the docking scene), and varying portions of “Stay”, “Mountains” (the water planet) and “Detach”

25 Kickass and Interesting Facts About Avengers: Age of Ultron