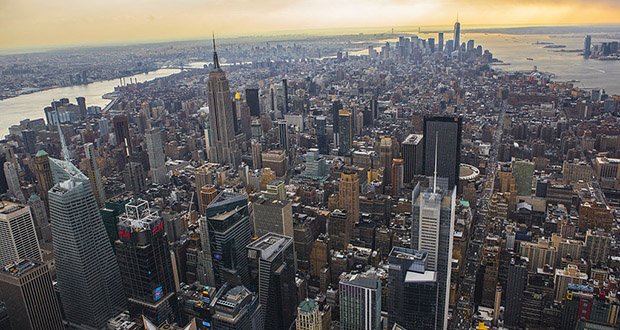 Here are 25 Kickass and Interesting Facts About Manhattan. 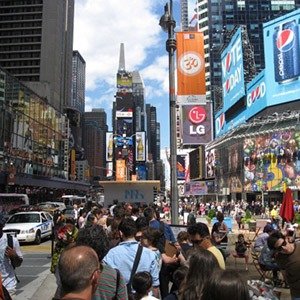 1. The population density of Manhattan is much lower today than it was 100 years ago, and total population has fallen by about 25%. – Source

2. A man once drunkenly stole a plane and landed it in the middle of Manhattan in front of the bar he had been drinking at. Two years later he did it again because someone doubted he had done it the first time. – Source

4. On 9/11, when all transport out of the city was shut down, citizen boat owners managed to transport over 500k people from Manhattan Island in an amazing act known as the “9/11 Boatlift.” – Source

5. If everyone lived as densely as they do in Manhattan, the human race could fit in New Zealand. – Source 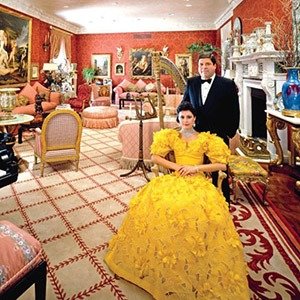 6. 740 Park in Manhattan is currently home to the highest concentration of billionaires in the country. – Source

7. In the mid-1970s, there were bars in Manhattan called juice bars that only served non-alcoholic drinks that catered to people who liked to dance on methaqualone (brand name Quaalude). – Source

8. Purchased by Dutch colonists from Native Americans in 1626 for the equivalent of $1050 (in 2014), Manhattan real estate has since become among the most expensive in the world, with the value of Manhattan Island, including real estate is estimated to exceed US$3 trillion in 2013. – Source

9. Manhattan had a census-estimated 2014 population of 1.6 million, but on business days, the influx of commuters increases that number to over 3.9 million or more than 170,000 people per square mile. – Source

10. 9/11 mastermind Khalid Sheikh Mohammed sent the FBI on wild goose chases, literally, by claiming that some geese in Central Park had explosives stuffed up their ass. – Source 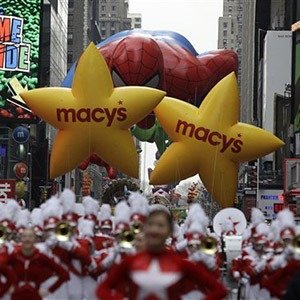 11. The Macy’s Thanksgiving Day Parade originally featured live animals from the Central Park Zoo, but they occasionally roared and scared children, so they were replaced with balloons. – Source

13. Central Park, which opened to the public in 1858, became the first landscaped public park in an American city. – Source

14. When building the World Trade Center in 1968, 1.2 million cubic yards of material was excavated from the site. Rather than dumping the spoil at sea or in landfills, the fill material was used to expand the Manhattan shoreline across West Street, creating Battery Park City. – Source

15. The Metropolitan Museum of Art has only recommended fees, and that you can name your price upon entering. If you wish to pay more and donate you are welcome to, and if you are unable to pay the full price you can pay whatever amount of money that is available to you. – Source 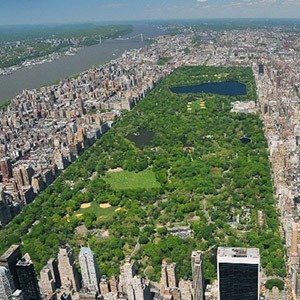 16. While Central Park looks natural, it is almost entirely landscaped and contains several artificial lakes. The construction of Central Park in the 1850s was one of the era’s most massive public works projects. Some 20,000 workers crafted the topography to create the English-style pastoral landscape. Workers moved nearly 3,000,000 cubic yards of soil and planted more than 270,000 trees and shrubs. – Source

17. The iconic Flatiron Building is said to have been the source of the phrase “23 skidoo” or scram, from what cops would shout at men who tried to get glimpses of women’s dresses being blown up by the winds created by the triangular building. – Source

18. In 1776, shortly after the Continental Army evacuated Manhattan and left it to the British, a massive fire broke out destroying one-third of the city and some 500 houses. – Source 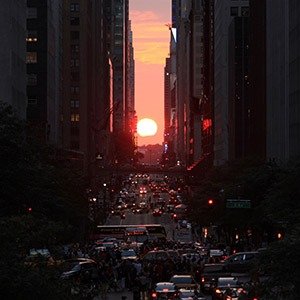 21. One consequence of the strict grid plan of most of Manhattan, and the grid’s skew of approximately 28.9 degrees, is a phenomenon sometimes referred to as Manhattanhenge. On separate occasions in late May and early July, the sunset is aligned with the street grid lines, with the result that the sun is visible at or near the western horizon from street level. A similar phenomenon occurs with the sunrise in January and December. – Source

22. Vincent Gigante was a Mafia boss who for 30 years wandered Greenwich Village in his pajamas mumbling incoherently to himself, in an elaborate act to avoid prosecution. They called him the Oddfather. – Source

23. All through the 20th century, and up until 2007, parts of Lower Manhattan were still wired up with and using Edison’s original 110V DC. – Source

25. In 1674, Manhattan was traded from the Dutch to the English for Run Island, an island in Indonesia, which is now nearly uninhabited. – Source

What is the largest space object from which a human could jump into orbit/ escape velocity?

September 8, 2015
Latest Posts
Subscribe to Blog via Email
Did you know?
Loading...
Facts of the Day
Registration is disabled.