Here are 25 Kickass and Interesting Facts About Marines. 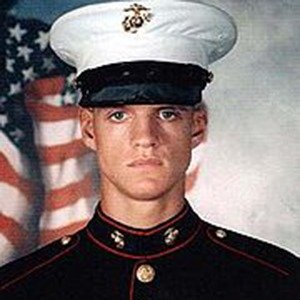 1. Jason Dunham, a Marine Corporal saved two fellow Marines in Iraq by covering a live grenade with his helmet and body. – Source

2. CNN medical correspondent and neurosurgeon Sanjay Gupta saved a Marine’s life after he was shot in the head during the opening days of the invasion of Iraq. Without proper tools, Gupta performed the brain surgery with a Black and Decker handheld drill. The Marine lived. – Source

3. Comedian Drew Carey served 8 years in the Marine Corps where he would tell jokes to his fellow Marines, jumpstarting his comedy career. – Source

4. Smedley D. Butler, a USMC General and Medal of Honor recipient wrote ‘War Is a Racket,’ a bestselling book describing how wars exist to enrich corporations in 1935. – Source

5. Major General Ray Smith of USMC (Ret) fought in Vietnam. Smith earned a nickname in Vietnam “e-tool.” E-tool is a small, foldable shovel. At one point, he joined in close combat with enemy forces, when his firearm was no longer up to the task, he resorted to his e-tool as a weapon to dispatch an enemy soldier. – Source 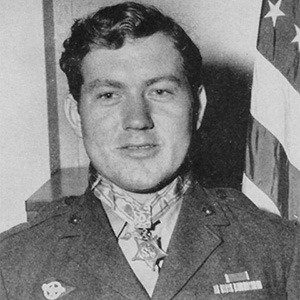 6. 3 years after illegally joining the Marines at the age of 14, Jacklyn Lucas snuck onto a ship bound for Iwo Jima, stormed the beach without a rifle, and threw himself on top of two grenades to protect his team. He survived, and earned the Medal of Honor at the age of 17. – Source

7. The US Marine Corps is currently working on Project Hot Eagle, a program that when finished, may be able to place squads of Marines anywhere on the planet in two hours’ notice. – Source

8. The US Marine Corps is older than the United States itself, predating the Declaration of Independence by a year. – Source

9. The United States Marine Corps has a required reading list including items ranging from war histories and biographies, to the US Constitution, to Ender’s Game. – Source 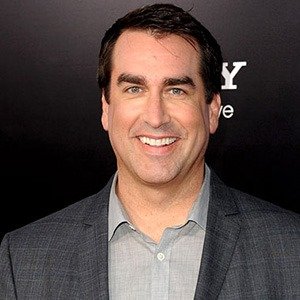 11. Rob Riggle, (SNL, The Daily Show, The Hangover, 21 Jump Street) is a retired US Marine Lt. Colonel, serving his country for 23 years, deploying to Kosovo, Liberia and Afghanistan. – Source

12. Donnie Dunagan, the little boy who voiced Bambi became the youngest-ever drill instructor in the Marines and served three tours in Vietnam. – Source

13. During the frenzied Evacuation of Saigon by American Troops in 1975, one Marine drove a bread truck full of prostitutes to an airstrip in town and put them on a C-141. He said they were all personal friends, and signed as responsible for them. – Source

14. During the Battle of Iwo Jima, Hospital Corpsman John Willis was treating a fallen Marine in a mortar crater when a grenade landed at his feet. He returned the grenade, followed by seven others thrown by the enemy in rapid succession, all while administering blood plasma. The ninth grenade killed him. – Source

15. Carlos Hathcock, was a Marine sniper who shot an enemy sniper through the enemy’s own scope, hitting him in the eye and killing him. – Source 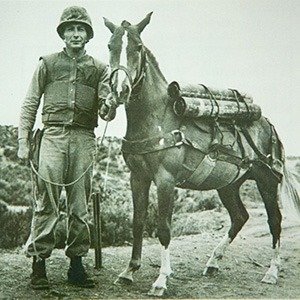 16. A Marine horse named “Reckless” carried 9000 lbs of ammo on her own during one battle in Korea, received 2 purple hearts, and was promoted to Staff Sergeant with a 19 gun salute. – Source

17. Native Americans serving in the Marine Corps are allowed to use Peyote for religious ceremonies as long as they are not on duty or within 24 hours of being ready to ship out. – Source

18. During WW2, Guy Gabaldon was an 18-year-old marine, who singlehandedly persuaded 1,500 soldiers at the battle of Saipan to surrender. He was only able to do this because his Japanese foster parents had taken him in off the streets when he was 12 and taught him their language. – Source

19. The Battle of Chosin Reservoir during the Korean War was lost due to Tootsie Rolls. A code reader mistook the code for mortar shells (“snacks”, they were called), and literally sent hundreds of crates of Tootsie Rolls to the marines who were out of mortar rounds. – Source

20. Before his work as a talk show host, Montel Williams was a Marine, a naval intelligence cryptologic officer, a motivational speaker, a rodeo clown, got a degree in engineering, and studied Mandarin. – Source 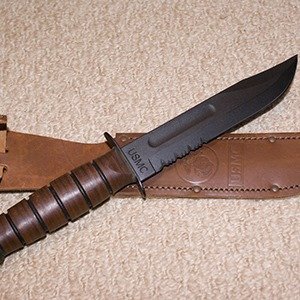 21. The KA-BAR (famous for its USMC knife) got its name when a fur trapper in broken English said “k a bar” meaning he had “killed a bear” with one of their knives. – Source

23. When economic times are tough and the Marines have enough recruits, they make their ads grittier to make the Marines seem less for the faint-of-heart. – Source

24. In 1959, William Rankin, a pilot in the US Marine Corps ejected from his plane at 47,000 feet, above a thunderstorm. His decent took 40 minutes through the middle of the storm and he survived. – Source

25. Ernest “Boots” Thomas, one of the U.S. Marines who raised the flag on Iwo Jima, was able to enlist in spite of being color blind by memorizing the results of another man’s test. – Source