Here are 25 Kickass and Interesting Facts About Riots. 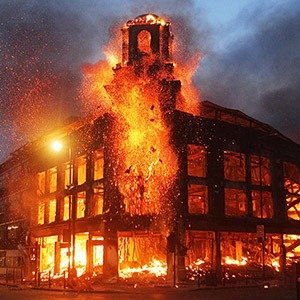 1. During the London riots of 2011, looting and vandalism which took place throughout the city was almost totally avoided by bookshops. One man said his store would probably stay open during the unrest, stating: “If they steal some books, they might actually learn something.” – Source

2. During the 1992 Rodney King riots in Los Angeles, Korean store owners were afraid that the LAPD would not come to their aid. They banded together on rooftops with assault weapons and saved Koreatown from looting. – Source

3. During the 1980 New Mexico prison riot, prisoners in protective custody waited for 5 hours, while prison gangs cut their way into the cell block with blow torches and then tortured and killed them. They could have escaped through a rear door, but the guards refused to open it. – Source

4. The first ‘mooning’ in recorded history happened in 66 AD, where a Roman soldier mooned and farted at the Jewish pilgrims on their way to Jerusalem. This caused a riot, an over-response by the Roman military, and the death of thousands. – Source

5. In 1355 in Oxford, England a dispute between two students from Oxford University and a Pub Landlord over the quality of their pints resulted in a two-day riot, which left 63 scholars and 30 locals dead. The dispute was eventually settled in favor of the University, when a special charter was created. Annually thereafter, on 10th February, the mayor and councilors had to march bareheaded through the streets and pay to the university a fine of one penny for every scholar killed. The penance ended 470 years later, in 1825 when the mayor refused to take part. – Source 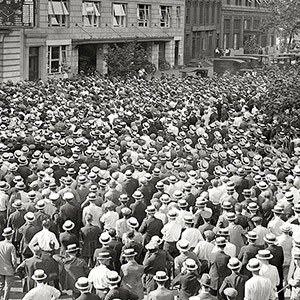 6. In 1922, people rioted over whether it was okay or not to wear a straw hat past the “socially acceptable” date of September 15 in New York. The riot lasted 8 days and led to multiple arrests. – Source

7. Tulsa, Oklahoma used have a “Black Wall Street” that was once the most economically prosperous black community in America. The community’s wealth was greater than that of surrounding white neighborhoods and was destroyed by envious whites on June 1, 1921 in just 12 hours during a race riot. The incident started and snowballed after a black man accidentally stepped on the foot of a white woman. – Source

8. In 2006, Hungarian protesters hotwired a 50-year-old Soviet T-34 tank that was part of an outdoor memorial and drove it against the riot police. – Source

9. During the Stonewall Riots of 1969, the rioters responded to the arrival of the tactical riot squad by forming Rockette style kick-lines, and shouting to the tune of Howdy Doody “We are the Stonewall girls/we wear our hair in curls/we don’t wear underwear/ we show our pubic hairs.” – Source

10. Zoot Suit Riot was a real riot and not just a metaphor for dancing. – Source 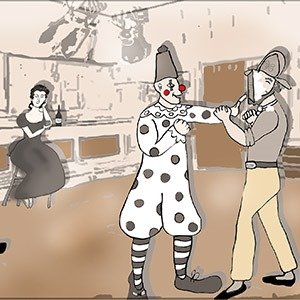 11. There was a Toronto Circus Riot in 1855, in which firefighters and clowns brawled in a brothel on Front Street. – Source

12. On the Christmas Day of 1826, cadets at the US Military Academy at West Point including future Confederacy President Jefferson Davis threw a booze-fueled party and eventual mutiny that ended with twenty court martials. It was known as the “Eggnog Riot.” – Source

13. In 1974, the Cleveland Indians did a ten cent beer night which Resulted in on field flashers, streakers and mooners, fireworks tossed in the opposing team’s bullpen and when a fan tried to grab the hat off of an outfielder, it ended in a full on riot where the Indians had to forfeit the game. – Source

14. During the American Civil War, Abraham Lincoln passed a law allowing wealthy men pay $300 to avoid the draft. This led to New York City draft riots. It was the largest civil insurrection in American history, aside from the Civil War itself. – Source

15. In 532, a conflict between fans of two different sports teams sparked a riot that destroyed half of Constantinople and killed 30,000 people – Source 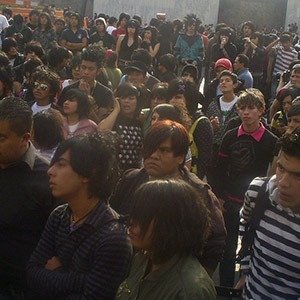 16. In 2008, the riot police were called out to defend Emos in Mexico City against a series of anti-emo riots that swept the country. – Source

17. In Toronto, in 1933, an amateur baseball game broke out into a massive race riot when a group of Nazi sympathizers, protesting the Jewish players, unveiled a crude Swastika flag. A crowd of more than 10,000 citizens, excited by cries of ‘Heil Hitler’ became suddenly a disorderly mob. – Source

18. The Smithsonian opened an experimental museum in a predominantly Black neighborhood of Washington D.C. Many were skeptical that the Smithsonian would help the area, others worried about vandalism. The museum was untouched in the 1968 riots that destroyed other parts of the community. – Source

19. Singapore lasted less than 2 years as a state of Malaysia before racial riots forced separation. Singapore is the only country to have gained independence against its will. – Source

20. There was actually a riot in North Korea in 2005. Thousands of furious North Koreans rioted after their national football team was defeated by Iran in World Cup qualification match. – Source 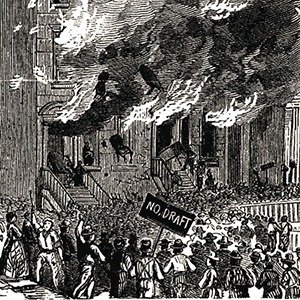 21. During the 1863 New York Draft Riots (that was dramatized in Gangs Of New York), the staff of The New York Times averted rioters that were targeting the newspaper with two Gatling guns; one of which was manned by Henry Raymond, owner and editor of The New York Times, himself. – Source

22. During a riot in Northern Ireland in 2010, a police officer diffused the situation by playing ice cream van music. – Source

23. 1,389 people died in 1896 at the coronation celebrations of Czar Nicolas II because of riots caused by a rumor that the organizers had run out of free beer and pretzels. – Source

24. In Nevada, a disturbance with as little as 2 people is legally considered a riot. In the USA in general, it takes only 3 people. In England it is 12 people. – Source

25. Fred Durst started a riot at Woodstock ’99 with the song Break Stuff. Plywood was ripped from the walls, fires were started and women were raped. – Source