Here are 25 Kickass and Interesting Facts About Space Probes. 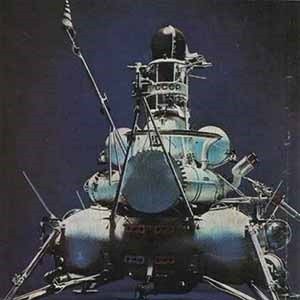 1. Soviet probe, “Luna 15”, crashed into the surface of the moon while Buzz Aldrin and Neil Armstrong were still on it. – Source

2. In 1991, Spacewatch discovered an artificial body near earth that is now listed on the NASA Astrophysics data system as a possible alien probe that was observed in the vicinity of our planet. Its orbit will bring it back to the earth in 2016. – Source

3. From 1975-82, Russia had six probes land on the surface of Venus, surviving temperatures of 855 °F and successfully taking photos. – Source

4. The Mariner 1 probe, which was meant to orbit Venus, failed because of a missing hyphen in a line of code, making it the most expensive typo in the history. – Source

5. Gravity Probe B has the most perfect spheres ever created by man “If GP-B’s gyroscopes were enlarged to the size of the earth, the tallest mountain would be just eight feet tall.” – Source 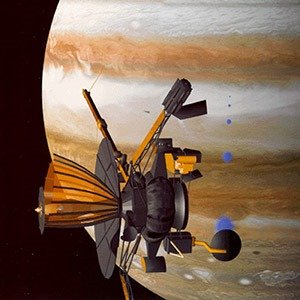 6. The Galileo space probe was intentionally crashed into Jupiter at the end of its operational life to avoid contaminating Jupiter’s moons with bacteria. – Source

7. Helios 1 and 2 are the fastest spacecraft relative to the Sun that humans have ever build. They are travelling at 252000km/h (43 miles/sec) and although they are no longer functional, they are still orbiting around the sun. – Source

8. On August 19, 1960, the Soviets launched Korabl-Sputnik 2 into orbit with 2 dogs, 40 mice, 2 rats, and a variety of plants. One of the dogs later had puppies, one of which was sent to then First-Lady Jackie Kennedy. JFK originally did not want to take the dog, fearing that it may be bugged. – Source

9. The first man made aircraft to successfully land on another planet and send back data was the Soviet Venera 7 in 1970. After landing on Venus, the craft sent back only 23 minutes of weak data, presumably because it landed on its side. – Source 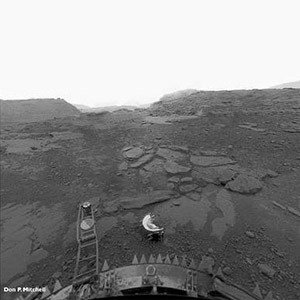 10. The Soviet Venera landings revealed that the surface of Venus is essentially basaltic in composition based on geochemical measurements and morphology of volcanic flows. – Source

12. There is an ION propulsion (Deep Space 1) spacecraft that has just been idling in space for the last 12.5 years. – Source

13. When the spacecraft Cassini sent a probe to Saturn’s moon Titan, the European Space Agency forgot to turn on a receiver and thus missed half of the images. – Source

14. The Cassini probe can internally track all the objects in the Saturn system and can even track specific points on specific bodies. – Source

15. The New Horizons spacecraft heading to Pluto carries a Florida state quarter symbolically to pay Charon, the ferryman to the realm of the dead (Pluto). – Source 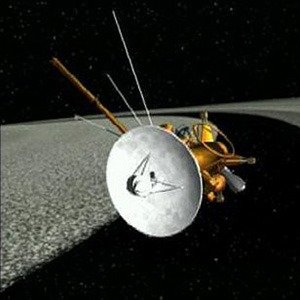 16. According to Cassini’s data from 2008, Saturn’s moon Titan has hundreds of times more liquid hydrocarbons than all the known oil and natural gas reserves on Earth. “It’s a giant factory of organic chemicals”, said Ralph Lorenz, leader of the relevant study. – Source

17. When the New Horizons spacecraft reaches Pluto, it will have a data transfer rate of just 1Kb/s. – Source

18. The New Horizons spacecraft is the fastest object to have ever been launched. It passed the Moon’s orbit in just 9 hours after its launch, a trip that took the Apollo astronauts three full days. – Source

19. In early 2015, the unmanned spacecraft, “Dawn”, is scheduled to arrive at Ceres, a dwarf planet and the largest object in our solar system’s asteroid belt. – Source

20. Voyager 1 was launched after Voyager 2, but it moved faster and eventually passed it. – Source 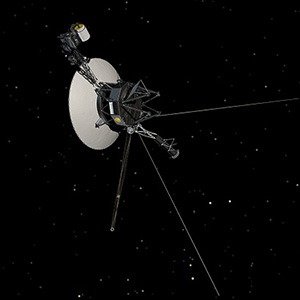 21. Carl Sagan wanted to include the Beatles “Here Comes the Sun” on the golden record sent into space on the Voyager spacecrafts. The Beatles said yes, EMI said no. – Source

22. It takes NASA and Voyager I approximately 32 hours to communicate with each other, with a bandwidth of 115.2 kbps. – Source

23. Engineers who designed the Voyager mission planned it to avoid planetary encounters over Thanksgiving and Christmas. – Source

24. It is predicted that the Golden Records (containing samples of Earth greetings, sounds, and music) attached to the Voyager 1 and Voyager 2 probes will remain intact for 1 billion years.

25. In 1999, the Mars Climate Orbiter disintegrated after entering the upper atmosphere of Mars. This occurred because one team used imperial units, and another used metric, destroying the orbiter and wasting hundreds of millions of dollars. – Source