Here are 25 Kickass and Interesting Facts About Tattoos. 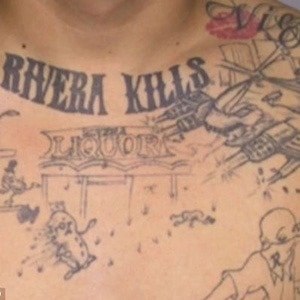 1. In 2008, a California Gang member named Anthony Garcia was arrested for driving with a suspended license, when Police noticed his chest tattoo depicted a liquor store robbery and murder that had gone unsolved in 2004. The tattoo was so accurate that Det. Sgt. Kevin Lloyd called it a “crime scene sketch and a confession.” Garcia’s tattoo artist even matched the trajectory of the bullets. After questioning, he confessed and was convicted of the crime. – Source

2. Female breast cancer survivors from all over the globe flock to Little Vinnie’s Tattoos in Baltimore. Little V is world famous as the “Michelangelo of Nipple Tattoos.” He cosmetically tattoos highly detailed areolas on women who lost theirs from mastectomies. – Source

3. Actor Stephen Baldwin has a tattoo on his left shoulder of the initials “HM” for Hannah Montana. He got the tattoo after making a pact with Miley Cyrus and Kayla Bell that he would be allowed to cameo on the show if he had the initials tattooed on him. He never appeared on the show and has since said that he regrets getting the tattoo. – Source

4. Football player Cristiano Ronaldo has no tattoos as he frequently gives blood and getting a tattoo would render him unable to do so for six months. – Source 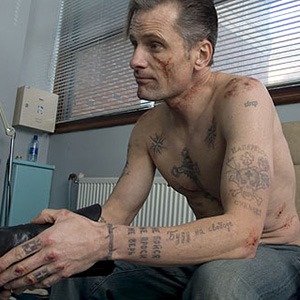 6. When Viggo Mortensen was filming “Eastern Promises”, his fake tattoos were so realistic that diners in a Russian restaurant in London fell silent out of fear, until Mortensen revealed his identity and admitted the tattoos were for a film. From that day on he washed off his tattoos whenever he went off the set. – Source

7. There is a charity in the United States called the Clean Slate Org, which offers discounted tattoo removal for former gang Members. – Source

9. In Soviet Russia, prisoners used to get tattoos of Lenin and Stalin because guards weren’t allowed to shoot at the images of their national leaders. – Source

10. Macy’s always has a red star for its logo because its founder R.H. Macy got a tattoo of one as a teenager working on a whaling ship. – Source 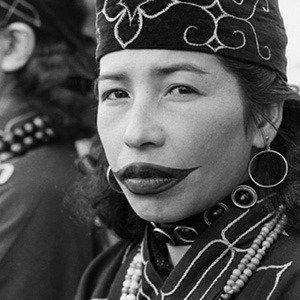 11. The women of the native indigenous people of Japan called Ainu used to tattoo giant lips onto their faces as a symbol of maturity and to ward off evil spirits. – Source

12. Stanislawa Zambrzyska, a midwife who was responsible for delivery of over 3,000 babies in Auschwitz, organized a method of marking the children with a ‘tattoo’ that would not be recognized by the SS guards in the hope that in the future it would be possible to recover these children, to bring them back to their mothers. Many mothers were comforted by the thought that someday she would be able to find her lost happiness. – Source

13. Travis Williams, a public defender in USA tattoos on his back the names of every defendant whose case he lost in court. He has up to six names as of 2013. – Source

14. Ian McKellen, Elijah Wood, Sean Astin, Orlando Bloom, Billy Boyd, Sean Bean, Dominic Monaghan and Viggo Mortensen, eight of the nine actors who played the original nine companions of the Fellowship of the Ring got a tattoo of the Elvish number nine. Ninth actor John Rhys-Davies who played dwarf Gimli arranged for his stunt double to get the tattoo instead. – Source

15. Ötzi the Iceman, Europe’s oldest known natural human mummy had several carbon tattoos including groups of short, parallel, vertical lines to both sides of the lumbar spine, a cruciform mark behind the right knee, and various marks around both ankles – Source 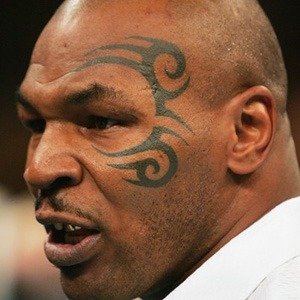 17. An orangutan named Sibu at a zoo in Apeldoorn, Netherlands rejected all attempts made for him to mate with female orangutans. He only exhibited sexual interest in his human female caretakers with a particular penchant for the blonde ones with tattoos. – Source

18. The predecessor to the tattoo gun that artists commonly use today was the electric pen invented by Thomas Alva Edison in 1876. It was originally intended to be used as a duplicating device, but in 1891, it was discovered that Edison’s machine could be modified and used to introduce ink into the skin. It was later patented with a tube and needle system to provide an ink reservoir. – Source

19. In Japan, people displaying tattoos are banned at some beaches and most public baths because tattoos are associated with the Japanese mafia (yakuza). – Source

20. During World War II, members of the German Waffen-SS would have their blood type letters tattooed on their arm. The purpose of the tattoo was to identify a soldier’s blood type in case a blood transfusion was needed while unconscious. When the war ended, the blood group tattoo helped greatly in identifying former members, leading to their prosecution and in some cases their execution. – Source 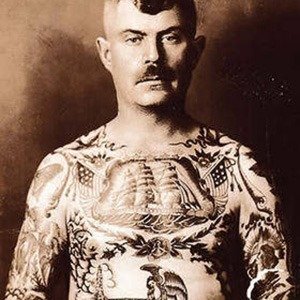 21. The tradition of tattoos for sailors in the U.S. began as a means to prove American citizenship and avoid being forced to join the Royal Navy. – Source

22. After the fall of Singapore in WWII, Japanese executed men with tattoos, on the basis that they were probably triad members. – Source

24. Black tattoo ink is more often than not made with burned animal bones. – Source

25. Sean Penn is a tattoo artist. He gave David Spade a Calvin (of Calvin and Hobbes) tattoo on his left arm. – Source