Here are 25 Kickass and Interesting Facts About Whales. 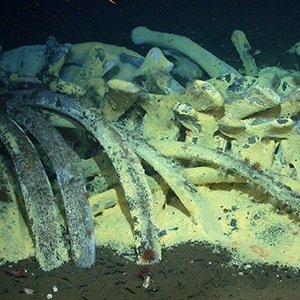 1. When a whale dies and its carcass falls into the Bathyal or Abyssal zone of the ocean floor, it can sustain a complex localized ecosystem of deep-sea organisms for decades. This is called a “whale fall”. – Source

2. Scientists were monitoring whale stress levels by analyzing their poop and found that their stress plummeted immediately following the 9/11 attacks. It turns out this was due to all ship traffic being halted which quieted the oceans of low frequency noise, which the whales use to communicate – Source

3. There are whales alive today who were born before Moby d*ck was written (1851). – Source

4. There is a single whale somewhere in the ocean that transmits calls at a frequency no other whales transmit at. It has been called “the world’s loneliest whale.” – Source

5. One unique danger of working in a tryworks (whaling industry furnace) was that a rotting pregnant whale could fill with gas and burst, “ejecting a fetus the size of a motor vehicle with sufficient force to kill a man.” – Source 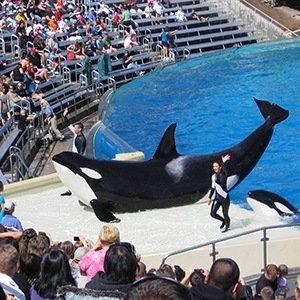 6. In captivity, a killer whale is usually confined to a small pool, where it spends much time at the surface and often has to swim in a circle. Consequently, the tissue in its dorsal fin doesn’t get much of a workout, and starts to atrophy (wastes away due to lack of use), and it falls over. – Source

8. Killer whales know that great white sharks need to move to breathe, and will hold them upside down in order to kill them. – Source

9. The roar from the T-Rex in Jurassic Park is a baby elephant mixed with a tiger and an alligator, and its breath is a whale’s blow. – Source

10. Nursing whale’s milk is similar in constancy as toothpaste. It must be thick, else it will dissipate into the surrounding water. – Source 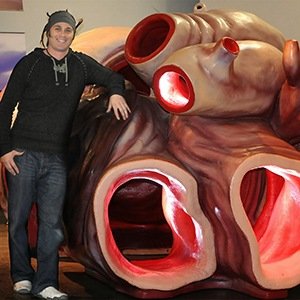 11. The arteries in the heart of a blue whale is large enough for an average human being to pass through – Source

12. An elephant weighs less than a blue whale’s tongue – Source

13. Killer whales, dolphins and beluga whales only sleep one hemisphere of the brain at a time so that they can breathe while resting – Source

14. Whales are sometimes born with a leg or two – Source 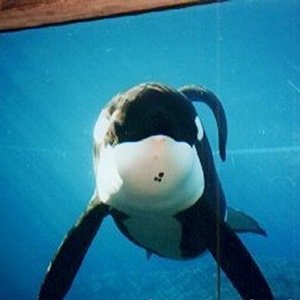 16. Keiko the whale from “Free Willy” was put into an unhealthy, small pool in Mexico City where he was malnourished after achieving fame from the movie – Source

18. Whale vomit is worth tens of thousands of pounds and is used in the production of perfume – Source

19. If a dead whale is found on a British beach, the head belongs to the king and the tail to the queen. – Source

20. In 1970, a dead sperm whale on an Oregon beach was blown up with dynamite in an attempt to get rid of the decomposing corpse. They used 20 cases of dynamite instead of 20 sticks. Flying debris from the blast destroyed the roof of a nearby car, and onlookers were covered with whale particles. 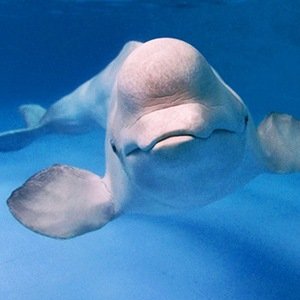 21. Beluga whales that suffer the loss of a child will sometimes “adopt” inanimate objects such as plants, rocks, and, in one case, a caribou carcass. – Source

22. A whale’s throat is only large enough to roughly let a beach ball pass through, whereas its mouth can store up to 90 metric tons of food and water. – Source

23. In the past when whaling was widely practiced, a pod of orcas in Southern Australia would notify whalers of the presence of baleen whales, and assist in the kill in return for the lips and tongue. – Source

24. Moby d*ck is based on the true story of a whale that attacked and sunk a whaling ship, leaving the survivors to face 90 brutal days at sea (complete with cannibalism). – Source